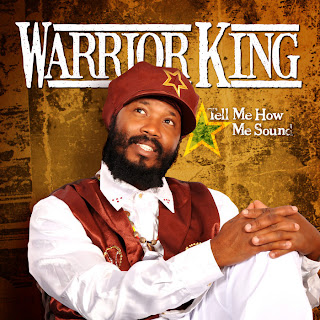 "Tell Me How Me Sound" by Warrior King [Tad's Records]

Okay I was really hoping to be able to come back and file a review for this album, but apparently we'll have to wait another month or so to have a full on listen. As we spoke of before, the once mighty Warrior King is headed back to deal with his third studio album, the much anticipated "Tell Me How Me Sound". Since we last spoke, not only has the album been pushed back a month, but now we have a tracklist (and this album is apparently on Juno, which means that you can listen to the entire thing now) and it shows that . . . Well there're NINETEEN tracks with not an intro/interlude/outro in sight! It appears as if things are more concentrated on the Lover's Rock side of things (the album actually opens with five such tunes), and while I would have preferred more cultural material, I'm still well looking forward to dealing with this album and I still have a very good feeling about it. 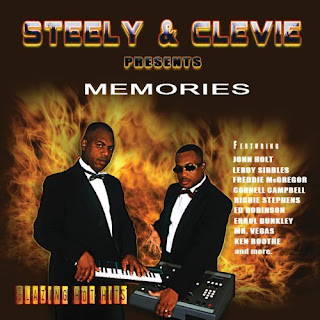 I was pretty sure that this album (or something very similar to it) had already been released and because I'm entirely too lazy at this point to go and check, in either case, I'm just going to act as if it is brand new. Famed production duo, Cleveland Browne and the late Wycliffe Johnson, bka 'Steely & Clevie' are getting a big big treatment via VP Records in the form of "Memories" which is an album featuring 'updated' versions of several well known hits from a big roster of vocalists. On board are legendary likes such as John Holt, Freddie McGregor, Ken Boothe and Cornell Campbell and they are joined by more modern lights such as Mr. Vegas, Ed Robinson and Richie Stephens. Still I have to say that the 'real' attraction here is likely to be the documentary style DVD which accompanies the disc and reportedly features Clevie detailing a great deal of the duo’s legendary past.

Speaking of legendary - If you've managed to duck and dodge all of the various compilation releases in the past year or so - from the deaths of Reggae royalty, Gregory Isaacs (October) and Sugar Minott (July), respectively, then you are truly special. However, you may want to end your elusiveness as the always useful 17 North Parade, the reissue label of VP Records, now turns their attentions to both incomparable singers on separated editions of their "Reggae Anthology" series. There's "The Ruler [1972-1990]" for Isaacs, while Minott is "Hard Time Pressure". You should know what to expect here, a ton of tracks on both (thirty-seven and forty) and probably fantastic liner notes as well. There's probably nothing for really heavy fans of either, however, if you don’t have a compilation set of either singer, these are probably going to be the ones to get. 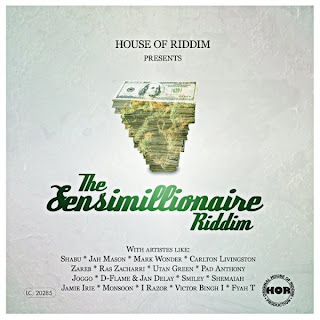 The Sensimillionaire Riddim [House of Riddim]

Big German label, House of Riddim is open for business again with their latest creation, the Sensimillionaire Riddim. I actually saw a list of names on this one before I heard the piece and I got pretty excited. Jah Mason, Mark Wonder, Smiley, Joggo, Monsoon, Zareb and Ras Zacharri! That’s a pretty nice list to have (and Utan Green) and then when I heard it, I immediately recognized it as the same riddim which backed both 'Big Money Bag' and 'Free Up Time' from the aforementioned Smiley and Zacharri - I'm still excited. While I've gone back and forth in my appreciation of this set, these days it's doing pretty good and I'm well looking forward to the full set. 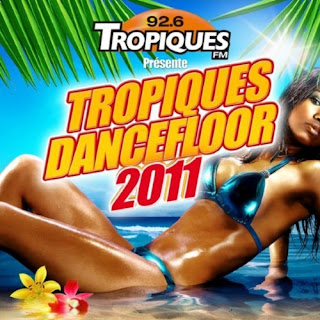 Next we have a very interesting compilation set loaded with French & Kreyol vibes. "Tropiques Dancefloor 2011" features primarily new(ish) tunes in Dancehall and Zouk with a bit of Hip-Hop as well and it caught my eye for a few reasons. Perhaps none are bigger than 'Si Fanm La Ve Paw' which is a tune from Achis Reggae favourite, Lady Sweety. Ms. Nasso is joined by even more heat in the form of Tiwony, Lieutenant, E.Sy Kennenga and Colonel Reyel, while carrying the banner for Zouk are the likes of Fanny J, Nesly, Jane Fostin and others. Very, very nice. 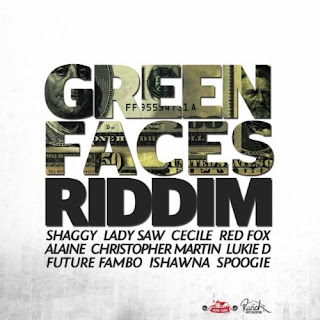 Finally coming soon this week is the extremely delayed official release of the Green Faces Riddim from earlier this year. Everything about this one, even the cover, looks familiar to me for some reason, so maybe it's a re-release (I doubt it), but the infectious riddim which did well a while back is (almost) finally available for your digital consumption. Of course, there's a lot of Shaggy and he does manage to score the riddim's heaviest piece, 'Good Good', alongside Alaine, but there's also a winning Lady Saw (big tune), Ce'Cile, Christopher Martin and, of course, Red Fox - All doing well, and more, on the Green Faces. 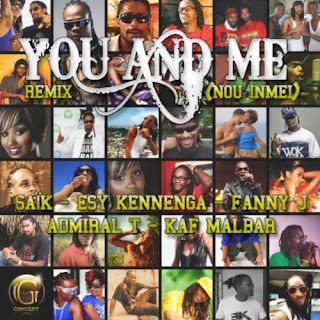 If we'd stayed away for another month or so, we might actually have run into the release date for the as yet still untitled sophomore set from the ridiculously talented Saïk. But we didn't, still we have a remix from the album's increasingly scalding first single, 'You & Me'. Saïk is joined by some HEAVY hitters in the form of the aforementioned E.Sy Kennenga and Fanny J, as well as Kaf Malbar and big man Admiral T. Very cool redo to an already cool tune - And I CANNOT WAIT FOR THIS ALBUM! RELEASE IT NOW! RELEASE IT YESTERDAY! 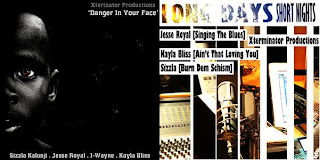 
'What's Wrong With The Picture' by Sizzla

My favourite label ever, the once mighty Xterminator Productions, continues its return to the spotlight as of late with two stellar EP sets, "Danger In Your Face" and "Long Days, Short Nights". Both sets display a focus on a bit of a newer movement on the part of the label in the form of both Kayla Bliss and Jesse Royal (who is a very strong artist). Still as has been the general case with Xterminator for . . . A long time - All eyes are likely to be focused on Sizzla Kalonji who delivers the poignant 'What's Wrong With The Picture' and 'Burn Out Dem Schism', the best two tracks on either set. There's a rumour running around that all of this may lead to an ALBUM between Sizzla and Xterminator which might very well make me cry if it materializes. In either case, Xterminator heading back to their rightful place in the music is a very good thing. 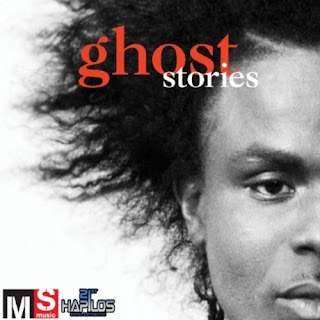 What? I don't even kn . . . Okay so, for all of Ghost's fans (and while I don't enjoy his music, he certainly does have a lot of fans) he has a new album. I THINK "Stories" would be his third album to date and it's probably his most expansive set to date. I don't have a lot to say about Ghost, good or bad, but I always know that he's the type who has a great deal more fans than you realize, so, for all of those people this is definitely a big deal. 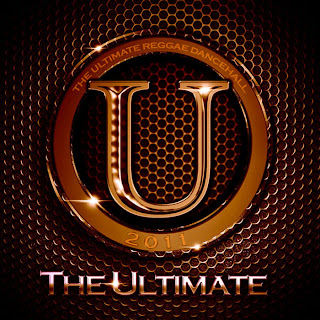 It’s back! I’m not really that excited, but I'm sure a lot of people are. "The Ultimate" is the big annual compilation release from Tad's Records and it now moves in to 2011 in customarily very very large format. You know what to expect here - There's a lot of Vybz Kartel, there’s some Mavado and Jah Cure and I-Octane. There's also a few twists and turns in the twenty-five tracks, none likely bigger than the (two year old) 'King & Queen' track from Richie Spice & Alison Hinds. 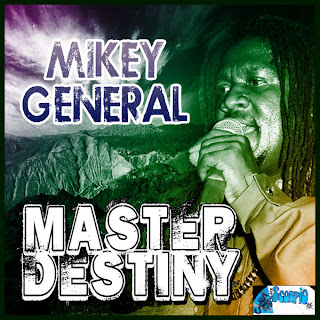 It appears that the famed Black Scorpio Records is the latest to take its catalog in the digital direction, courtesy of the wonderful people at Zojak Worldwide and the first thing I laid my eyes on from the new union is this sublimely compiled set from one of the most underrated vocalists in the history of Reggae music, Mikey General, "Master Destiny". More than a couple of the tracks eleven selections are familiar to my eyes and ears, but it’s still a very nice set. Also, is not the world just not a better place with another set from the General? I think so. 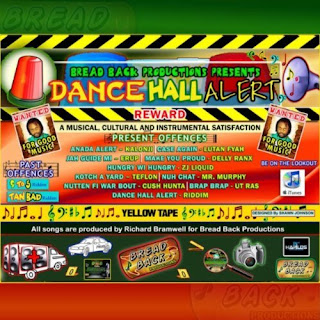 Big things are going on for this very colourful riddim which dropped just a while back from Bread Back Productions, the Dancehall Alert Riddim. Sizzla smashed the first tune that I heard on the riddim, 'Ananda Alert' and almost EVERYONE else on the riddim maintained the levels, but with names such as those which are to be found on board of this one, it shouldn't be a surprise. Lutan Fyah, Erup, Teflon, Delly Ranx and even UT Ras put the Dancehall Alert through its paces to a big result. 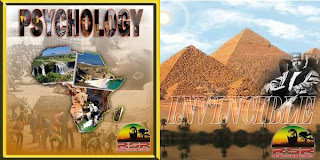 Both of these riddims, the Psychology and the Invincible are pretty old and they're probably even older than I think they are, but that definitely doesn't take away from their quality to my ears. Here we have two nice Roots sets from Rising Sun Records which feature a nice gathering of big names such as Sizzla, Mikey General, Luciano, Turbulence, Natural Black, Jah Mason, Jahmali, Chrisinti and others. Nothing really super here, but definitely some nice vibes (really like the Invincible). 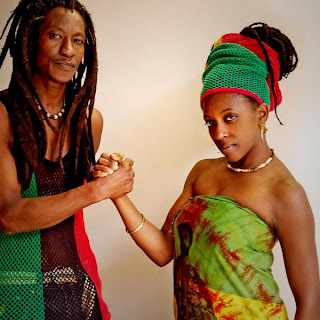 Finally, you might want to check out "Ancestors" which is the debut (I THINK) set from Jahseeds, a male and female duo from out of the US, Sheba & Takumba, by way of Jamaica and Dominica, respectively. We don’t know a great deal about them, but a cursory glance through the album has definitely caught my interest with some nice vibes and some twists and turns as well. So, beat me to it and give them a listen.

Digital
Posted by Achis at 9:12 PM