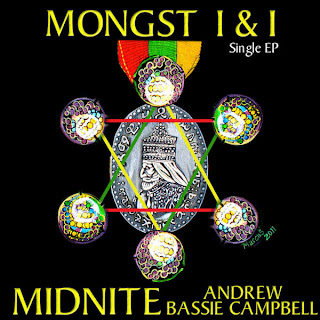 'Mongst I & I' by Midnite [I Grade Records/Andrew 'Bassie' Campbell/Zojak Worldwide]
First up today, to the surprise of hopefully no one at all, is the brand new single from the forthcoming album from Vaughn Benjamin & Midnite, "King's Bell", - 'Mongst I & I'. I have A LOT to say about this one, as you'll see when you read the review for the album (which I'm currently listening to), but the single, itself, is quite interesting as well. First of all, it is an increasingly BIG tune and when you check the methods behind it, particularly the fact that it finds Midnite linking with venerable Jamaican producer, Andrew 'Bassie' Campbell, who produces the entire album and linking again with I Grade Records, it becomes even more fascinating. The single release currently available features the original cut of the song, a couple of remixing and a WICKED dubbed out version of the tune. This has definitely gotten a very positive response (and is, thus, making me excited that someone besides us might be writing a review for the album!) so far and by early indications, the full album may be one of their finest. 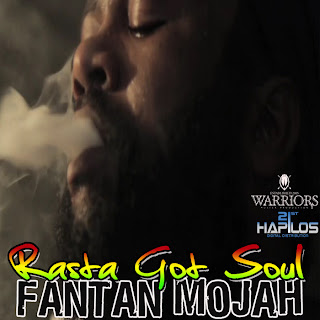 Next we have a MIGHTY single coming from the equally powerful Fantan Mojah who goes all Buju Banton on the people with his latest masterclass, 'Rasta Got Soul'. This one is so nice as it finds the chanter just espousing on the virtues of the wonderful genre in which he participates, full on. Again, the response here, as far as I can tell, has been quite nice and hopefully Fantan Mojah returns in 2012 and delivers his much anticipated third studio album to the people. Well done. 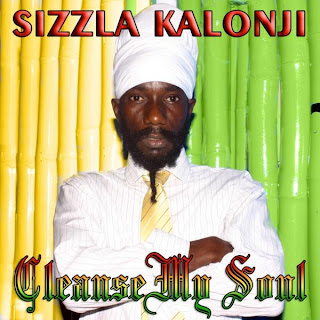 The king himself, Sizzla Kalonji, is up with the latest single from his latest (GOOD) album, "The Scriptures" - 'Cleanse My Soul'. The song was one of the definitive highlights from the album and has well retained its lustre over the months since. In retrospect, it now figures to be the type of an album which is probably going to get its 'due' in coming years, but listening to this song now, it's still hard to figure that even casual fans of both Sizzla and Reggae music, in general, couldn't appreciate it. 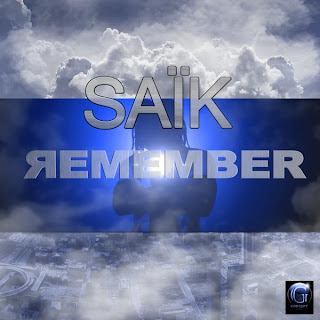 Continuing to drop tunes from an album which I still don't know the name of is over-qualified MAD Dancehall DJ from out of Gwada, Saïk. This time, with 'Remember', he slows things down and goes a bit introspective (he actually did the same thing last time with 'You & Me' also), but as is the norm in his case, the results are HALTING! Surely we were supposed to get this album in 2011 and hopefully that's still the plan because every time I hear ANYTHING in regards to it, staying patient becomes a lot more difficult. 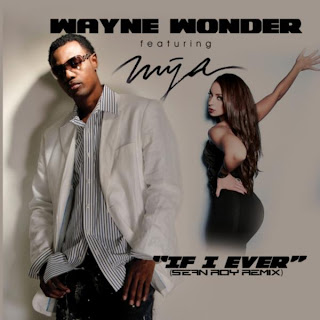 A big and beautiful vibe gets even bigger and . . . beautifuler (???) with the release of the excellent remix of Wayne Wonder's already stellar 'If I Ever' which features the legendary (we should be able to call WW "legendary" now yeah?) crooner alongside the still damn cute R&B diva, Mya. It's pretty hard to go wrong with a tune like this and Sean Roy and Jewmaican Records don't even come close to fucking this one up. 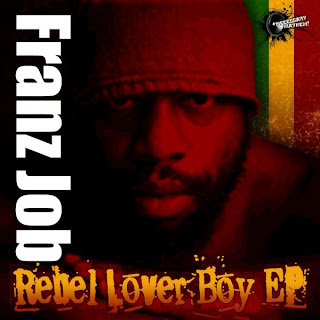 Franz Job - "Rebel Lover Boy EP" [Necessary Mayhem/Zojak Worldwide]
Somewhat surprisingly (at least to me), the "most profound" (biggup Me!), Franz Job from out of London via Tobago is back with an EP for the always scintillating Necessary Mayhem Records, "Rebel Lover Boy". I THINK we heard last year that Job would be delivering another album in 2011 and while that isn't going to happen (if it ever was, I probably am wrong) (as usual), it's nice to see that he's been active and active for quality people with Curtis Lynch Jr. and family. Present on this release are five tracks - All with that typical old-school saturated NM sound and Job handles them all very well. Check it out.

Daweh Congo [Jah Youth Productions/GoldHeart Music]
Biggup Bredz for (doing everything besides writing) pointing it out from awhile back just how wonderfully active the great Daweh Congo had become as of late, through releasing a few singles via Jah Youth Productions and the familiar GoldHeart Music. Of them, we have three tunes: 'This World', 'Indo' and 'Don't Be Afraid' (as well as dubs of the two latter). The first of the trio is a BIG BIG tune and very much of the usual class we've come to expect from the singer. Of course you know what I'm thinking . . . Album??? 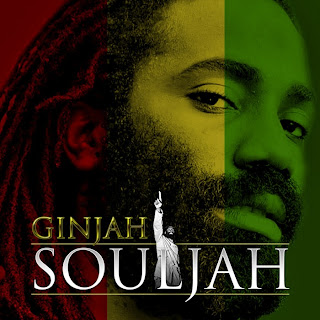 'Souljah' by Ginjah [A-Team Music]
The big names continue as the well talented Ginjah recently dropped the most UPFUL tune, 'Souljah', which is now available for digital release. The song comes via A-Team Music and really it's a very nice track. Not too much out of the ordinary from Ginjah and fairly straight forward - A method which has proven golden for him in the past. 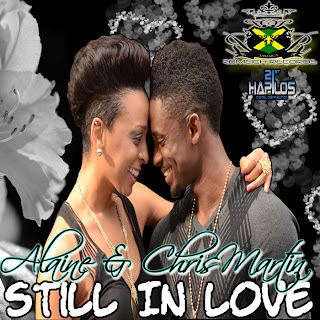 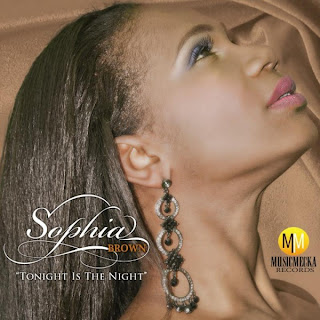 'Tonight is The Night' by Sophia Brown [Music Mecka Records/Zojak Worldwide]
Not quite modern, but kinda modern is Sophia Brown's remake of Betty Wright's (I did not know that, I did look it up) 'Tonight Is The Night'. I'm not terribly fond of this song, but what I will say is that it's gotten a pretty nice amount of attention and Brown is definitely someone to keep an eye on RIGHT NOW. 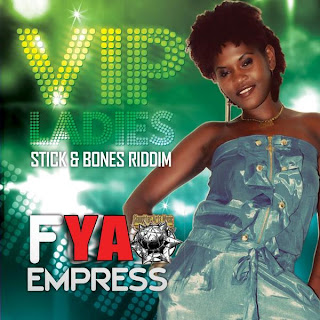 'V.I.P. Ladies' by Fya Empress [Slaughter Arts]
You know I'm always going to dig up something like this and I have to say biggup to Slaughter Arts (as erratic as they may be) for putting out a single for none other than my choice as one of the REAL up and comers of Soca music today, Fya Empress. 'V.I.P. Ldadies' isn't my favourite tune from the flaming songstress (that would be 'Colours'), but damn it's a nice start for what is (HOPEFULLY) to come on the digital side from Fya Empress. 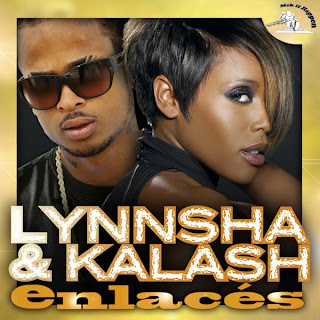 It's a big combination as Zoukie Lynnsha links up with the ultra-active hardcore DJ, Kalash, for the incredibly infectious 'Enlacés'. Kalash has been doing some REALLY big things as of late (and with a lot of people) and here what we have is a bit 'stereotypical' - The Dancehall/Zouk combination . . . And I usually like that type of stuff (very Groovy-Socaish) - here is no exception. 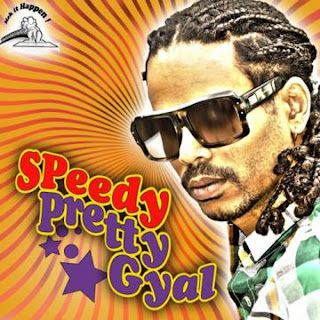 Staying (very) close to the previous entry (same label and everything) is big singer from out of the Blackwarell camp (Tiwony) and oldest looking young man in the world, Speedy, who is back with his own Soca-fied single, 'Pretty Gyal'. I always keep an eye out for Speedy's work from his work with Tiwony and his own big album, "Gangsta Cry" and this is probably one of the better tracks I've heard from him outside of either of those scopes. 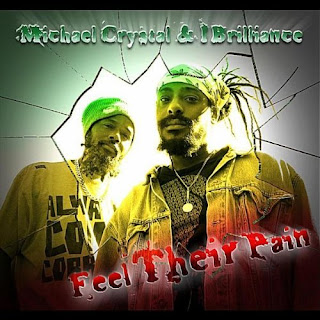 'Feel Their Pain' by Michael Crystal & I Brilliance [Dusty Trumpet]
Canadian based (I THINK) duo Michael Crystal & I Brilliance team up, fresh off of their own solo albums, respectively (which I'll tell you about tomorrow) (and by "tomorrow", I mean right now, because most likely these two were posted at the same time) for a nice tune in 'Feel Their Pain', which deals with the subject of world poverty and really just attempting to uplift the masses. Nice tune. 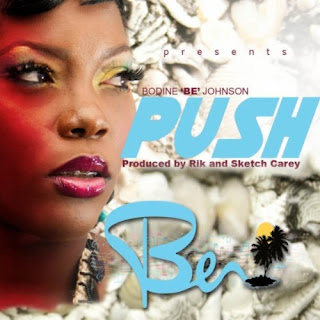 'Push' by Bodine Johnson [BuffBoo Records]
And finally is a good cause for an older single. All kind of sexy Baha singer Bodine Johnson has quite a few singles currently available on the digital market and while you will find material better than 'Push', you won't find any with better intentions. Reportedly, proceeds from worldwide digital sales for the single in the month of October will go to benefit the Cancer Society of The Bahamas. Check it out and do keep some attention towards Johnson as she is doing big things constantly (apparently she's in Denmark now) and has an album forthcoming . . . And keeping an eye on her is a good thing when she looks like that.
Posted by Achis at 5:40 PM