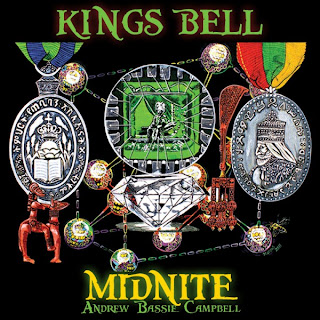 Keep good relations. Obviously starting us off (again) today is the news of Midnite's forthcoming big album, "King's Bell", which finds the legendary VI band linking up with Jamaican producer (which is a first), Andrew 'Bassie' Campbell. Interesting here is the fact that, just last year, Campbell also helmed "Feel Your Presence" for NiyoRah and the results were MAMMOTH. Making an album with Midnite of similar quality would have a sizable impact on the entire genre thus - We're dealing with something here which may prove to be quite important. "King's Bell" (is going to get reviewed by me shortly) also features some very distinguished musicians such as Earl 'Chinna' Smith, Leroy 'Horsemouth' Wallace, Squidley Cole, Sticky Thompson and others and was recorded, to a great degree, at Tuff Gong. Also on board is I Grade Records handling distribution, as well as the wonderful human beings at Zojak Worldwide. Early spins through have already revealed four potentially GREAT songs. The first single 'Mongst I & I', the title track, 'Try That Way' and the POTENT 'Black Mamba' [BOOM!]. Midnite is a very big deal and on "Kings Bell" maybe they've gotten a little bigger?
Potential Rating: 4.5/5
Releases on November 1
CD + Digital 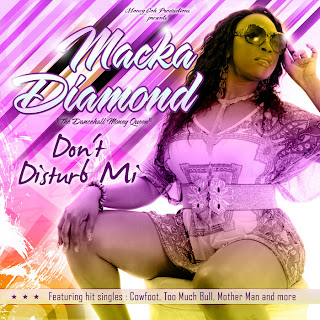 
'Don't Talk To Mi'
Dancehall veteran Macka Diamond has never been a personal favourite of mind, but I'm finding myself damn happy to see her FINALLY releasing a new album in "Don't Disturb Mi". This release just sort of seemed to 'pop up' over the last month or so (the first time I heard anything at all about it was in the second half of September), but Macka's popularity is pretty much always decent, so hopefully it does well. The project is pretty much a compilation of what she's been up to over the past year or so, so fans will surely be familiar with 'Cow Foot', 'Mother Man', 'Splice Dem', 'Paradise Redemption' w/Tarrus Riley, Lady G, Duane Stephens & Barbee and others (and by "others", of course I mean pretty much every song on the album). Really glad to see this one around and although I probably won't be checking it out, definitely biggup Macka Diamond and we hope it does well.
Potential Rating: 3/5
Releases on October 25
Digital (CD???) 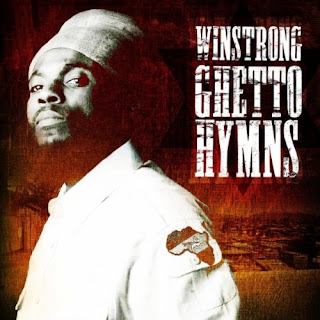 
'Fast Lane'
Suriname born chanter, Winstrong, is up front with his second album, "Ghetto Hymns" for M9 Entertainment. I've been keeping an eye out for this one for quite some time and was actually somewhat surprised to see it manifest at this time, but happy nonetheless. Listening to it, however, I quickly noticed that it's predominately a Hip-Hop album which, unfortunately, isn't for me, but biggup Winstrong still and I know that a lot of people do enjoy it (and there is a way to make it that I do as well) (biggup Jahdan Blakkamoore who does guest on this album) (more on him later too). So do pick it up when it reaches if that is for you and I will say that Winstrong is a very skilled writer so, there is value here even if you don't enjoy the vibes.
Releases on November 22
CD [I THINK] + Digital 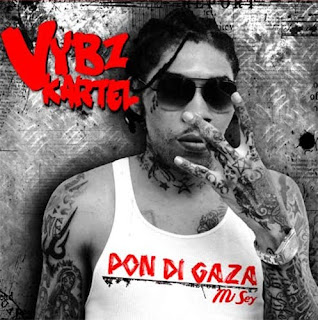 Vybz Kartel - "Pon Di Gaza Mi Sey" [Tad's Records]
I think this is the third time they're releasing this one? Controversial DJ, Vybz Kartel, is back (again) with another dosage of a very familiar album, "Pon Di Gaza Mi Sey". Twenty-two tracks of . . . very familiar stuff. I don't know why they're releasing this gaain - well yes I do - but there you go. Have fun.
Releases November 15
CD 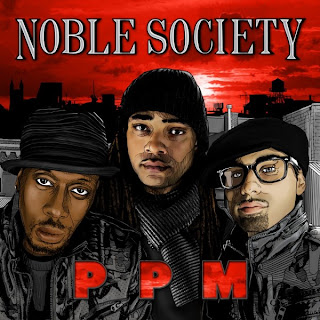 As I alluded to, Jahdan Blakkamoore, Diego Campo and Delie - Noble Society - Are back again with the suddenly much discussed "P.[owerful] P.[ainful] M.[usic]" for X-ray Productions. NS is a Hip-Hop/Reggae group which is probably a bit too much of the former for my tastes, ultimately, but they've definitely done bits and pieces, here and there which have caught my attention (particularly when working with the very Reggae heavy and personal favourite of mine, Lustre Kings Productions). On top of that is the fact that Jahdan BLAZED in 2010 with the HUGE "Babylon Nightmare" (also for LKP), so I'm more interested in this album than I probably would have been normally.
Releases Tomorrow
CD + Digital 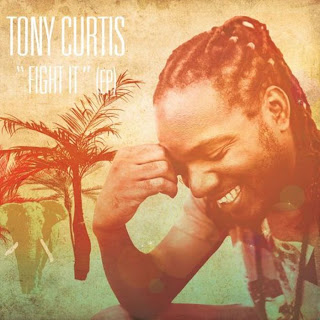 Tony Curtis - "Fight It" EP [Greenyard Records]
Veteran Jamaican singer, Tony Curtis, might be going for EP of the year with "Fight It", his very strong new mini-project for Greenyard Records from out of France (who you should know from having vibed the Design Riddim from last year, which birthed 'Part of My Life' from the impeccable Sara Lugo). The release features five tunes (including Curtis' own cut of the Design, 'Blaze It', which features Burro Banton) and a dub of the title track and REALLY sounds top notch throughout.
Potential Rating: 4.25/5
Releases on October 25
Digital 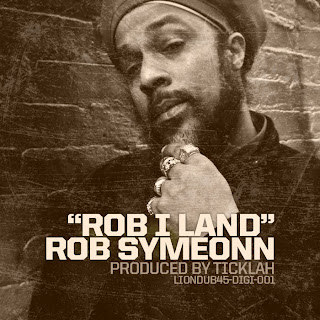 Rob Symeonn - "Rob I Land" EP [Liondub International]
Lastly, coming soon this week is a couple of tracks from always welcomed veteran, Rob Symeonn who has teamed up with producer Ticklah for the official release of 'Rob I Land'. I think that I remember this song (or a different version of it) from last year and now attached is 'One Way Road' as well as dubs for each tune. Symeonn is just a CLASS individual and, although I don't know a great deal of him, Ticklah has a big reputation. So you know that the results are (or at least should be) pretty big here.
Releases Tomorrow
Digital 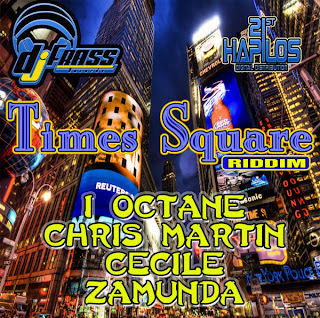 
'2012' by Chris Martin
In stores now is the official digital release for one of the best riddims I've come across in 2011 (although the Show Version still reigns supreme), it's the Times Square Riddim from DJ Frass. This gorgeous composition subscribes to the theory that 'less is more' and is not only quite minimal, but is also very straight-forward and makes itself very accessible for the vocalists appearing here to do very well. Said vocalists are I-Octane, Ce'Cile, Zamunda and Chris Martin all do nicely, but to my opinion it's Martin with '2012' taking top honours on the somewhat misnamed Times Square Riddim.
Digital 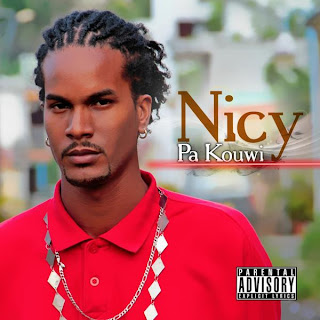 
'La Mater Kôlè'
Nicy (who just turned 25 on Thursday I believe) (happy belated) is one of the 'next big things' coming out of Gwada and he's already bringing an album with him as "Pa Kouwi" is available in stores now. Nicy was and remains quite interesting because he is somewhat on the 'understated' side when it comes to his music. We look at people all the time coming from out of Gwada and while extremely talented almost always, even more constant is the presence of flash and flare and aggression. Nicy isn't like that and even when he does charge up a bit more, it's still not something along the lines of what you'd hear from some of his more fiery peers. Still, his talent is evident throughout the album.
CD [I THINK] + Digital 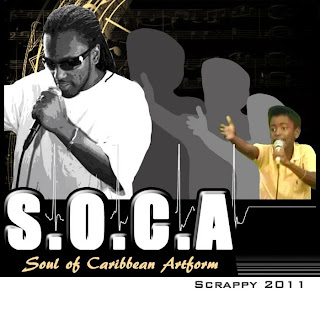 Scrappy - "S.O.C.A." [Faluma]
The greatest living Soca export of Montserrat (or, as my daughter says, "Monster Rat"), Scrappy, is back with a new (I THINK) album, "S.[oul] O.[f] C.[aribbean] A.[rtform]" for Faluma. I've always liked Scrappy's music from the first time I checked him from a few years back now. I think that his music is deceptively strong and the result of that is that he's able to make a very VARIED variety of vibes (WHAT!). So a nine track album coming from him isn't necessarily the same malnourished project that it might be coming from someone else. I LOVE the fact that he chose to make a tribute to Montserrat's greatest Soca export EVER, Arrow and, as I said, he well mixes it up going between Soca, Calypso and even Zouk with a remake of 'Pa Ki Te Mwen', alongside Jazzy.
Digital 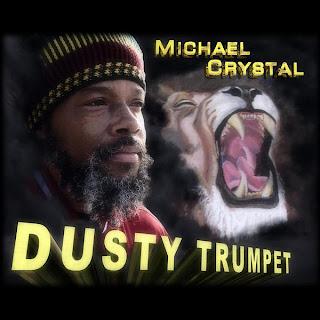 Michael Crystal - "Dusty Trumpet" [Dusty Trumpet]
And I told you yesterday (like a few minutes ago) about Michael Crystal who also released an album earlier this year in "Dusty Trumpet" and it was very solid. Listening through this one, I certainly wasn't blown away and I don't think anyone else will be either, but if you're looking for some really well done Roots Reggae tracks (fourteen of them and a remix), with a SLIGHT old-school tinge, you might want to check out "Dusty Trumpet".
Digital 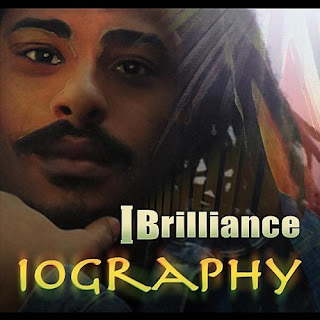 I Brilliance - "Iography" [Freezeland Ent.]
A bit more interesting, but much on the same vibes is the also previously mentioned I Brilliance, who just released his debut (I THINK) set for Freezeland Entertainment, "Iography". Artist and label in this case had been pretty active in releasing digital singles over the past year or so, one of which was 'Keep The Faith', which featured none other than Reggae star, Jah Cure. Again, this is just a really solid and well carried out set. Nothing too flashy or explosive, but just GOOD and FIRM Roots Reggae.
Digital 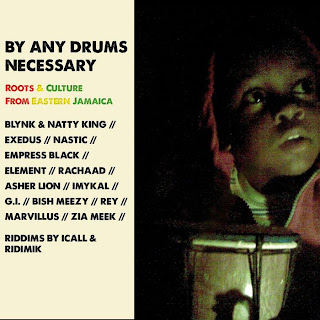