Mashing Up The Earth: The Ten MADDEST Soca Songs

In the midst of the madness, there is beauty. For every type of music that I listen to, I feel that there exists some perfect example of how the genre is best performed, at least for me. In a genre such as Dancehall there's some wildly skilled DJ delivering his/her crafts over some absolutely golden KNOCKING riddim with a never ending bag of lyrics. In Roots Reggae, there is to be a big LUSH riddim accompanying a most upstanding performer pushing a message of inspiration and just all around positive vibes. Zouk has its own as well, which is to 'simply' be stunningly beautiful music, preferably performed by an equally stunning songstress. And then there's Soca. In Groovy Soca, you want that intoxicating, can't-get-enough sound, the type of which would attract fans of Pop, R&B and pretty much melody in general. In Power Soca, you still want melody, but you want it with a purpose and you want something so aggressive that it would make even the deaf want to jump and wave. More still is that type of EXTREME Power Soca tune that sounds like it's kind of angry at its listener! There is where we stop today as I submit for your approval (or disapproval - I don't really care!) the ten most PANIC INDUCING, GRIMY, NASTY and just generally fucked up Soca tunes that I've ever heard. Mashing Up The Earth!

{Note: Only one tune per performer}
{Note 2: Songs are not ranked based on quality, but on mixture of quality with intensity and utter ridiculousness, with a heavy emphasis on the latter}
{Note 3: Bredz!} 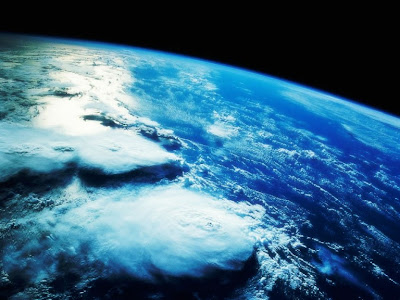 #10. 'Mad House' by Problem Child [St. Vincent - 2009]
Turnovah! The downright strange 'Mad House' delivered St. Vincy standout, Problem Child, his second Road March title in three years back in 2009 and it did so by being a song which DIRECTLY fulfilled on its title. There has been a most unfortunate escape from the mental health clinic (biggup the mental health clinics around the world). These crazy people aren't only crazy, but they're pissed off as well and they loved this tune! I was one of them and now you are too!

Find a place. As the lone female representative on this list (although both CP and Fire Empress were amongst the last cuts), Soca flamethrower Fay-Ann Lyons had quite a few tunes which would probably qualify for her place here although, generally, she's slightly too polished for something like this. However, what finally caught my ear was her BIG tune from 2007, 'M.A.S.' based largely on it's lyrics - Yes you can go crazy intelligently! The song may be sterling with its big horns and LARGE sound, but when you have someone telling you to essentially 'GO ANYWHERE' if the feeling hits you, regardless of what time of day (or what time of year) it may be to fete, you have something REALLY wild, even for Soca standards. And tell me where you're going because I'd like to be there as well.
#8. 'Trample' by Dawg E Slaughter [Trinidad - 2004]
TRAMPLE! I was DAMN surprised to figure out this list and see that 'Trample', one of the older tunes that I experienced on this level would come in so 'low' on this list (it's still one of my favourite Soca songs to this day). Surely it isn't a matter of it being outdated because the first time I played this tune in quite some time brought such a smile to my face! Seven years later and it's a classic to my ears - one of the earlier pieces that just brought some good old fashioned ANGER to my ears courtesy of a rebellious Dawg E Slaughter.

Will you follow me? Bunji Garlin's spot on this list was the first of subsequently three or four instances where I would realize that I had a problem in compiling it. If I didn't put the condition on it of one tune per artist, you would've seen about four names here. In his case, I chose to go with a bit more 'underground' track and one which didn't get what I thought it deserved in terms of notoriety, the somewhat Dancehall-ish and MIGHTY 'Follow Me'. Surely more popular choices exist (and probably better), but for me, this tune was an excellent mix of Garlin's extreme lyrical prowess and just an overall command in the middle of this chaos. A maestro of madness!

Build dem a coffin! The lasting impression of this song certainly cannot be the layup of a performance Ricky T delivered at International Soca Monarch 2009, instead it has to be the fact that it absolutely embodies everything this list stands for. You won't think immediately "BEAUTIFUL" when you hear 'Wheel & Come Again', but that is exactly what it is. Lyrically it was beautiful - It was the drawing of a line in the sand against all competitors and the SOUND was something so disturbingly upset, but LOVELY at the same time! It's probably gone underrated in the years since, but it's rarely taken even a short trip away from workout players.
#5. 'Soca Riot' by Sir Lancealot [St. Lucia - 2011]

Attack! SHIT! #5 seems pretty high for a song a few months old (I suppose #4 will seem even higher) (because it is), but this song has been doing a major DAMAGE from we first got it. Sir Lancealot had a breakout 2011 (at least to me), when he gave us the best tune of St. Lucia Carnival 2k11, the ridiculous 'Soca Riot'. Make a crazy tune. Every time you perform it throw powder on the audience and destroy everything you can get your hands on: The recipe for an UNFORGETTABLE piece of insanity.

Hurricane warning. Out of anyone in Soca today, the one artist who I wish could gain more and more exposure to the rest of the world, it's Ilah Man - because of the CRAZY mix he makes somewhere between Dancehall and just a MADDENING style of Soca. However, it does seem that he's 'destined' to be what he is and what he is, is one of the most intense musical forces that I've ever seen. A few years back he dropped a favourite of mine in 'I Want My Money Back' (which should have won him a Soca Monarch crown) and (ignoring what was 2010, because I forget . . . 'Mad People Segment') he followed up in 2011 with 'Destruction' which wasn't even his big tune from the year (listening to 'Mad People Segment' now - MAD!), but was as big of a musical adrenaline rush to be found anywhere! DESTRUCTION!

FATHA! In this case, I'm sure I could come up with a perfect ten tracks in this category from the human flame that is Grenada veteran Mr. Killa. I chose to go with 'Swing It Away' because . . . . It was the last one that I heard??? Seriously, if we look at music as a progression and presume that someone will 'naturally' emerge that is more intense than Mr. Killa CONSISTENTLY, I think that's just a mistake. THIS is the highest level! They don't come further than he is and for years now he's been the musical release of steam for me and many many others!
#2. 'Wild Out' by S.K.I.N.N.Y. [Dominica - 2008]

Just like that. 'Wild Out' is one of the most intense songs that I've ever heard. Period. That's it. The song is just in open space! It has all the room it needs to roam with the Bouyon/Soca mix and is SO FAR overdone, that it sounds just right. S.K.I.N.N.Y. never really became what I thought that his talents indicated he would (although he may still and he just released a new album), but if he never did ANYTHING else, the fury that was 'Wild Out' would ensure him a spot on my players.
#1. 'Scary' by Skinny Fabulous [St. Vincent - 2010]

EVERYTHING DROP DOWN! BOOM! That's it! While everyone else was 'charge up' I was 'Scary'. From the very first time I heard it, I thought it something special and you could well say the same thing about Skinny Fabulous, in general. The MADDEST song I've ever heard.
Posted by Achis at 11:40 PM