And eventually, we find our own way. Definitely that can be said in the case of Damian 'Jr. Gong' Marley who, as a Reggae musician (or a musician of any kind for that matter) carrying the name Marley, is to pursue his craft in the shadow of the King of the music, his Father Bob Marley. That makes it all the more remarkable that as of 2011, and a lot longer before, he has undergone a development as an artist which has seen him not only distinguish himself as much as he possibly can from the legacy of his legendary Father and begin to establish his own legacy, but also manage to carve out a certain piece of the entire Reggae landscape for himself. His music isn't a BIG DEAL because of his name. His music is a big deal because he is WICKED! Clearly one of his greatest assets is one of the deepest and most versatile vocabularies the entire genre has to offer and he has put this on full display throughout his enti . . . Okay, well most of his career (anyone else remember Jr. Gong just getting MAD all of a sudden?) . Right now he exists as one of the most talented wordsmiths in a landscape where such a thing is not very rare at all, but he is one of the absolute bests. Here are ten very random and very powerful wordy jewels from a royally gifted true Prince of Reggae Music - Damian Marley. 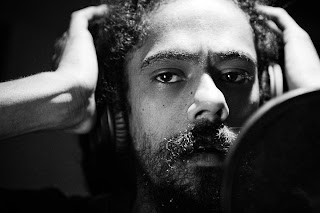 "Chicken merry, hawk is near
Tell dem beware, but dem still won't care
Life is a road so you drive wid care
Tire caah bust cuz you got no spare
Whole heap of lust in your atmosphere
Step pon di gas and you start draw gear
Diss Rastafari - You do not dare
Some don't share and then that's not fair
[MOVE]
Mave a move before they make a move and you-
[MOVE]
Making moves and still move and go through
[MOVE]
Moving things weh you not supposed to move
[MOVE]
Watch yah move and where you moving to
[MOVE]
Who you move wid, you move wid yah crew
[MOVE]
Move some fool from up off the avenue
[MOVE]
Move a pound and boost your revenue
[MOVE]
Move uptown and over look di view
[MOVE]
Move around and get from 1 to 2
[MOVE]
Make a wrong move in di game, you lose
[MOVE]
I stand up and I refuse to move
[MOVE]
Substance weh mi know mi not go move
[MOVE]
Metric measurement mi nah go choose
[MOVE]
Moving on and still you need a clue!
[MOVE]
Car keys are di only keys mi move
[MOVE]
Movin on and . . . LAWD!
-'Move' [MAD!]


"A vest around his chest and Rastafari is His name
A gift of everlasting life for us to all sustain
Blessing that you all begot
Lessons that you all forgot
Rasta call, I shit you not
Do you remember Elijah and his chariot of flames?
SAME BLOOD THAT RUN THROUGH MY VEINS!"
-'It Was Written'

"Di whole country a strapped, you blame us
Now that the violence get outrageous
For minimum wages, some young teenagers -
Carry twelve gauges and waan be famous
Don't do a politician favours
They come in all size, colour, shapes and flavours
And dem introduce the violent behaviours
And push come to shove, not even dem can save us
Now what's the outcome of all these capers?
They sell more pagers and more newspapers
You read dem and bun dem and turn to vapours
Meanwhile the youth dem locked in cages"
-'Wanted [Just Ain't The Same]'

"The Return of The Dread I when I get back
The entire empire will start to strike back
Well a bare army green full up my flight pack
Some red eye guy ah wonder which bank we hijack
And a wi di voluptuous girls ah smile at
Any bwoy nah like dat, him gwan pon icebox
We can be dangerous like how di night black
Wi dip and come up, select and slide-back
And seh she loves my culture, herbs and my locks
Silky smooth way I flow -
My words and my tracks
She's hoping we can spend a night at -
Somewhere that's warm and cozy
Why not?!
She's been wanting mi since my Karl Kani drop
And she needs di substance, not di hype chat"
-'The Master Has Come Back' 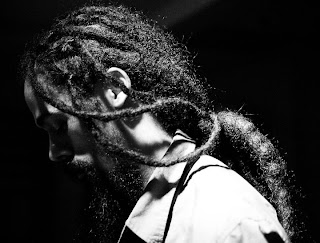