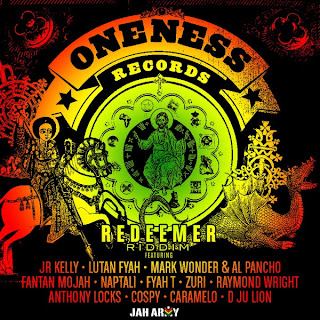 
'Redeemer' by Naptali
First up today is the return of Achis Reggae favourites, Oneness Records, who is back with a most familiar and 'redeeming' set - It's the full release of the Redeemer Riddim. Of course, you know this riddim best as the track which backs the tune of the same name from Naptali which features on his MASSIVE 2010 album, "Long Journey", but here, along with Naptali, we find that Oneness has placed the composition within the most capable hands of some fine vocalists. Like who? Junior Kelly, Fantan Mojah, Mark Wonder alongside Al Pancho, the big voiced Raymond Wright and Lutan Fyah whose 'Bag Of Herbs' is an early highlight on this one for me (big tune!). I'm still working on this one just a bit, but as of yet, it's yet another stellar release from a label who is demanding your attention.
Potential Rating: 4.25/5
Releases on December 6
Digital
{Might review this one next week} 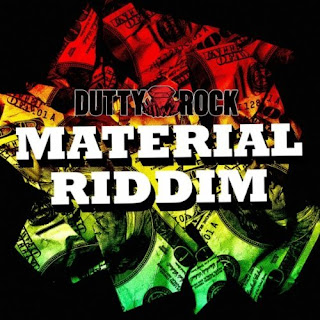 The Material Riddim [Dutty Rock Productions]
Following up on the big Blaze Fia Riddim from a few months back is superstar Sean Paul whose Dutty Rock Productions now serves up the Material Riddim. Clearly, this one isn't as mighty as its predecessor, but that's not hard to be and the Material has no problem in taking care of its most obvious 'responsibility' - Being fun. It's kind of a techno set, which isn't my type of piece really, but in its fifteen tracks it does manage to thrill. Most notably check (DUH) the somewhat out-of-place, but no less HYPE 'Call On Jah' which is a combination featuring Sean Paul and SPRAGGA BENZ. Also on board are Mr. Vegas, Tami Chynn, Wayne Marshall, of course Ce'Cile (who does something VERY interesting) (as usual) and more.
Potential Rating: 3/5
Releases on December 13
Digital 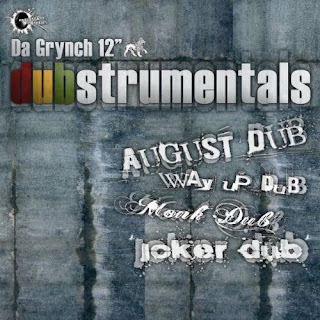 Dubstrumentals [Necessary Mayhem]
Curtis 'Da Grynch' Lynch Jr. and his Necessary Mayhem are next and they're up with the very curious "Dubstrumentals". This release features . . . Dubs of popular NM sets. Alone, that's a very good idea. We saw just a few months back, Don Corleon did the same thing with "Dub In HD" which received great acclaim (and still is), but looking at this one - It's only four tracks long! You'd be inclined to think that they were just 'trying it out' to see what the results were, but let's just hope this is, essentially, 'Vol. 1'.
Potential Rating: 3.5/5
Releases on November 29
Digital 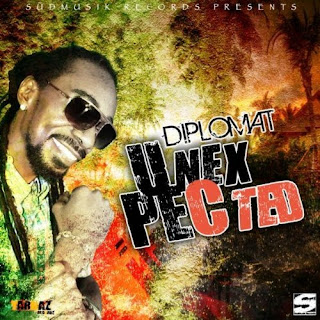 Diplomat - "Unexpected" (EP) [Suedmusik Records]
Clarendon native and Reggae veteran, Diplomat (who I just continue to call 'Diplomatic'), has a new EP release coming out to the masses for Suedmusik. I've never known Diplomat (did it again) to be the most active of artists, but he was always EXTREMELY talented and here, while it's probably a bit in-between in terms of the pacing of this project, I'm sure he puts it on full display. Will it be any good? That's another story, but check it out when it releases.
Potential Rating: 3.5/5
Releases on December 1
Digital
In Stores Now 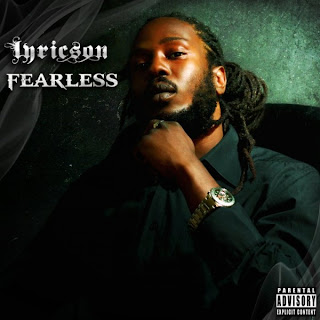 
'Gun Bark'
Damn! Okay, in stores now is "Fearless", the surprising new release from the WICKED Lyricson. I heard of this album maybe two or three months ago and I had a bad feeling about it for some reason. We just got a pretty nice taste of Lyricson's vibes late 2010 with his impressing third album, "Messages", and I was cool with waiting for at least a couple of years until his next release, but . . . Nope. Here he is again. "Fearless" is an album which comes from O-Vnee Music, which I'm pretty sure is a French Hip-Hop label and when you hear what's going on with this album, you'll think the same thing. This is a Hip-Hop/Dancehall album (with an emphasis on the "Hip-Hop" part). That's what it is. Guest spots from Diana Rutherford (biggup Tiger) and even Mr. Peppa don't change that. I wish I could say it was somewhat similar to what Cali P recently did with changing up the vibes for his new album, but more than the vibes change on this one. I'm not really into this sort of thing, but I'm not in the majority in that case I know, so check it out for yourself.
CD [I THINK] & Digital 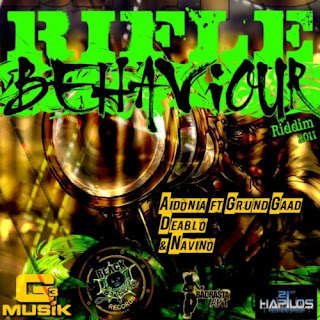 
'Mac 90' by Bounty Killer & Aidonia
Deablo & Navino from JOP team-up to do something which I'm almost tempted to call "old-school" because the days of the Dancehall being almost unnecessarily violent (and still being actual Dancehall are seemingly gone), but that's exactly what you'll find on the Rifle Behaviour Riddim. Everything is almost overdone to be violent and that's what you'll find here. The wordplay, however, is fantastic and I always give credit where it is due, even if you don't necessarily enjoy the subjectry. HOWEVER - speaking of things which are fantastic - If this were only those two tracks, I would've certainly not mentioned it, but the other song, 'Mac 90' is the DAMAGING recent combination featuring the legendary Bounty Killer alongside Aidonia, which has already found a wonderful home on my players.
Digital 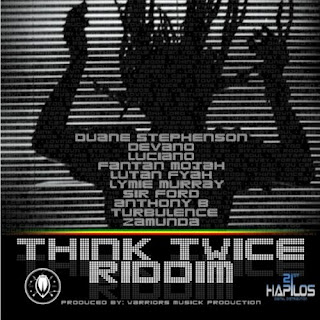 
Riddim Mix
While it's seemingly taken them just a bit of time to catch on, Warriors Musick is now in a fine form with all of their releases coming through routinely on the digital side. Next up is the BIG Think Twice Riddim which is pretty much one of the better riddims you'll hear FROM ANYONE in 2011 and I was damn happy to see it up so quickly. Warriors tapped some very strong talents to handle vocals and thus, we get big offerings from the likes of Duane Stephenson, Lutan Fyah, Luciano, of course Fantan Mojah, Anthony B, Turbulence, Zamunda and others (like Lymie Murray). Don't at all hesitate with this one, it is excellent modern Roots Reggae.
Digital 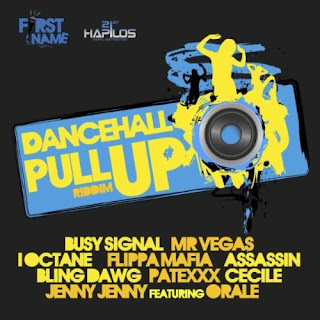 
'Can't Tickle Me' by Busy Signal
The Dancehall Pull Up Riddim is a new set with an eye, perhaps, aimed at the older-school crowd with that infectious BOUNCE it carries and it's carried it right to my head because I'm having problems with a few things here. Namely tunes from Busy Signal (two of them, which are pretty much two sides of the same story/situation), the inescapable Ce'Cile, I-Octane and Agent Sasco. MAD!
Digital 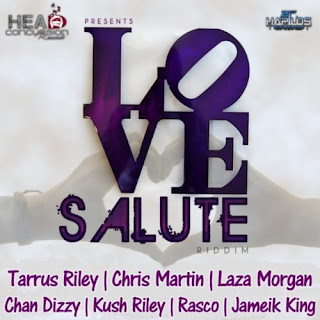 The Love Salute Riddim [Head Concussion]
The Love Salute Riddim is absolutely delightful! It's just a wonderful riddim and is another strong addition to your collection. Despite the title it isn't the kind of sappy love song producer that you might think of, instead it is a very refreshing bounce and when in the hands of artists such as Tarrus Riley and Christopher Martin, it even further distances itself from the stereotype. And Alaine tune would've placed a nice bow on this one, but as it is - damn strong.
Digital 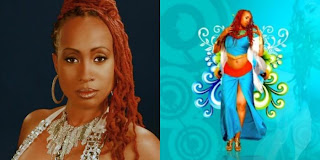 
'Explode'
And finally we have the somewhat odd, but no less welcomed double release from Soca royalty, the incomparable Alison Hinds. Seemingly randomly she's placed out two of her singles from 2011, 'Explode' and 'Brace & Wine'. I'm not complaining (AT ALL) it just seemed kind of untimely . . . But maybe if we're lucky it's ahead of a BOOM which awaits in 2012. I don't care the reason, it's Alison Hinds, she's amazing, get them both (especially 'Explode') and enjoy.
Digital
Posted by Achis at 10:42 PM