'No Shadow': A review of "The Journey" by Omar Perry 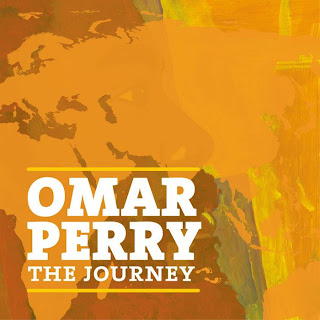 There exists an equally very interesting and wonderful moment in the career of every artist who ends up sticking around for any length of time when the initial 'shine' has worn off and it becomes time to add further substance. Whatever it was that originally attracted fans - a big tune, an unusual style, a link to someone else - has ceased to generate interest, for the most part, and fans begin to demand more and more in the way of new material and successes. I also look at artists who may have come up in very unusual circumstances as good instances of this - someone like Aidonia. The DJ has a talent which is pretty much unrivaled. He can throw together words like no one I've ever heard (with the exception of Saïk, someone who might also fit into the same category had his fans not pretty much had the opportunity to watch him up grow as an artist) and all of these years later, while it is impressive, the focus now goes to whether he has a greater and more timeless quality to him and he is in the midst of demonstrating that. For a more fitting and appropriate example of this, we can point to the current status of the career of someone Damian Marley. There have probably been, literally, hundreds of articles written about the career Jr. Gong being "in the shadow" or something like such - of that of his most legendary father, Bob Marley. These days, however, the younger Marley has definitely made his own place, due mostly to the fact that he is not only insanely talented, but also is so clearly identifiable with the music in a very modern style, that it becomes easier for fans to detach (at least superficially), his vibes from the work of his father. Similarly would be someone like a Tarrus Riley who experienced the same thing with his own father, Jimmy Riley, but in a much different way. That initial material coming up with him surely read 'son of Jimmy Riley', but he very quickly distinguished himself and if you look at it today, his lineage is much much less discussed, even in the most casual of circles. Someone whose own situation would follow more along the lines of Riley would be the individual we deal with today, son of Lee 'Scratch' Perry, Omar Perry. Not that he was as prevalent as Riley, but Omar's somewhat nomadic journey to prominence certainly took him away from 'simply' relying on his name quickly and establishing his own name. Still, when your father is who is father, you come from Reggae royalty (the elder Perry would hold a lofty claim to being one of the most talented individuals EVER associated with the genre) and when that becomes known and turned to the public it is ripe for interests. But I think most of that has waned away by album #3 and he never seemed to be too interested in it anyway. The interest in Omar Perry is almost heightened because, superficially, the most attention-grabbing bit of information surrounding him is almost an afterthought now and while he isn't the most popular name in Reggae music, his is a solid one which is added along to many who are plying their trades around the world (particularly in Europe and Africa, in his case). Also, it should be mentioned that Perry has quite a nice following. His work is pretty well discussed and popular amongst fans (at least those who talk to us). 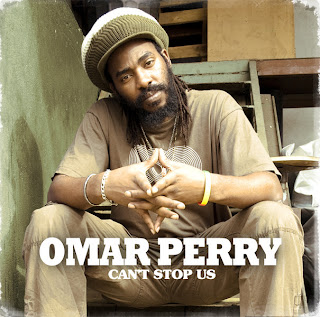 One would hope that to be the case as Omar Perry has just released his third studio album, "The Journey". The project, which comes through Bonfire PR Records, follows 2007's "Man Free" and "Can't Stop Us" from a couple of years later. The first of those, even still, just wasn't very good in my opinion and really exists as an album (somewhat like Chezidek's perplexing "Rising Sun") which I occasionally go back to, expecting to like because I didn't hate it, I just didn't have very much of a response to it at all. "Can't Stop Us", on the other hand, was pretty good and just a solid modern Roots Reggae set from 2009. For me, that was the first time I really took notice of Perry's talents. It wasn't that the album was just so AMAZING, but what it was (and especially when compared to its predecessor), was a very well done and thorough piece of work. For me, that was an INTRODUCTION! That was the way you get someone's attention, musically, and I was happy that the album was very well received by others as well. It was also quite varied (as is this album which I'm about to tell you about) and by its end, I was on board, as loosely as possible, as a fan an thus, pretty curious to see what Perry would bring up next. Well, two years later and I have my answer. The pretty aptly and fascinatingly titled "The Journey" follows a very solid run over the past year or so from Omar Perry. I can't say that I've enjoyed all of his work over that time, but I've been happy to see his name popping up on various projects as of late. Before the last album, I don't recall that being the case, but Perry has since linked up with some fine producers recently, including Necessary Mayhem, The Bombist and Tippa Irie and some of that material is present here. Going into this album I don't know that I was exactly expecting some type of tangible development (although it would be nice, surely) - I was pretty easy! A runback of the previous album would have been good enough and, although it's still pretty early in the 'sit down and think about it' process, I think that's, essentially, what hes done here. Although too long at eighteen tracks, "The Journey" is a very concrete release. Again, it does an excellent job of displaying this very talented and versatile artist and I can't imagined that anyone who came (for whatever reason) will be too disappointed. Let's take a listen!

The two tunes on "The Journey" which just didn't do anything for me were 'Big Brown Eyes' and the very odd 'World Let Us Down'. The latter almost sounds like something from Cali P's last album, but you keep waiting for this explosion (musical and lyrical) and it never really comes. 'Big Brown Eyes' is just a love song . . . That's it. Nothing special about it at all. 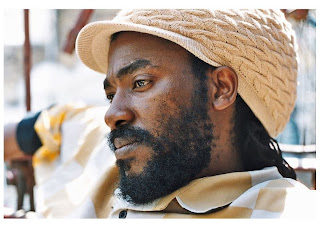 Omar Perry
Overall, there is good material here and a lot of it. However, what I will say is that obviously the album is too long. You can carve out a damn good eleven or twelve track set here, but eighteen is stretching it and I figured it would be even before hearing the album. On the positive side, on the other hand, I hear flashes of absolute brilliance in this album which I don't think that I heard on "Can't Stop Us" which may be showing some type of development or may just be showing a better song or two in specific cases. Regardless, that is definitely a plus for this album. Now, if someday Omar Perry can put all of that together, this Perry may just be able to pull off a FULL project which someone might expect with his name. Until then, even with more solid efforts like "The Journey" - the spotlight will continue to be on Omar and for the right reason - Because his music is pretty good. A decent set.