Rewind!: A Second Look & Listen to "Tinkin Out Loud" by Ambush 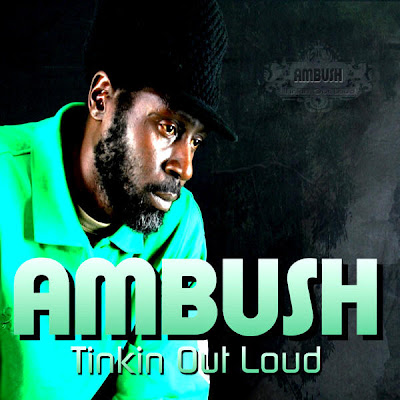 We really meant to do more of these but . . . Yeah . . . Lazy. It's always interesting to go back and just take a listen (and a write) on an album which has had the time to rest on you a bit, but is still fairly new, which means that you're unlikely to have such a vast difference of opinion. Here we have such a listen to an album which reached way back in January and through various means (including a few links from well respected readers who thought it was absolutely excellent and even a link from the artist, himself) has managed to stay somewhat prominent for us although, as is often the case with pieces we deal with, it hasn't received a great deal of attention in many other places apparently. We REWIND and take a quick second look & listen to "Tinking Out Loud" by Ambush.

1. 'More Dan Joy'
In retrospect, perhaps it is somewhat surprising, given the pretty 'gruff' album which develops after it, that "Tinkin Out Loud" begins with a tune which is probably its most 'serene'. 'More Dan Joy' is a love and it does sound like one to my ears now. However, where I'v now turned my attentions is (duh) towards the lyrical side of the tune which is SUBSTANTIALLY better than the tune will probably ever get credit for - And it still isn't one of the best written songs on the album to my opinion, which is saying quite a lot.
2. 'See Yah Now'
'See Yah Now' comes well equipped with the most recognizable composition on the whole of the album, the Pura Vida Riddim from Dean Pond, and it does end up using that gleam to deliver one the finest and most sterling moments on the project. What I'm looking at now here is a pretty DETERMINED stance against corruption and I don't know if it's one which so immediately stands out. Ambush almost seems to be saying, 'this is how we need to be' while at the same time offering up a very clever social commentary. Oh and LYRICS!
"See mi yah now
Burnin babylon wit dis ya word sound
Mi dun already seh dat I will neva bow
Even though di coward dem dun sellout"

"You caah trick mi wid no funny tricks
I a Ambush mi bun dat inna automatic
You caah catch mi wid no politricks
Mi dun seet a everything uno steal, wid uno big money deal
Di puppetmaster, dem behind di scene
Controlling di scheme like a Broadway scene
Di people dem ah gather up and come like dem a sheep
Dem caah think, dem nuh know - only believe
Mind control up inna dem tv screen
DI PEOPLE WIDE AWAKE BUT YET MI SEE DEM AH DAYDREAM
So now dem doh know what is real from scheme
And now di truth dem no fi go believe"
3. 'Tinkin Out Loud'
I can remember first hearing the title track for this album and just being so interesting, even going in, to its ultimate direction and now, having had the better part of a year to take it in, I think I'm pretty comfortable in saying what the meaning was within it. What I've come up with is this notion that you can literally take out the name of the song and replace it with 'My Music'. Ambush's music is him THINKING OUT LOUD. When he has something to say, he makes a song about it. It is a very SMART way to write a song and I really love how it develops for the listener - Like a time-delayed track (still my favourite on the album).
4. 'Open Meh Mind'
I'm now thinking that, in some ways, 'Open Meh Mind', isn't too different, structurally, from the tune which precedes it here. When Ambush thinks out loud, he makes a song and here we find him just, again, running through some of his thoughts. I will say that, lyrically, this one has a bit more of a 'flare' to it (especially on the chorus), where the previous tune was very direct, 'Open Meh Mind' takes a bit more of an adventurous route in making its point which is definitely no more blunted because of it. Big tune.
5. 'Bhal Ah Yard'
I've spent quite awhile working on listening to 'Bhal Ah Yard', which was a song I didn't particularly enjoy very much at all initially and then some. These days, I see (and hear) that it's MUCH better than I thought it was. It's a sufferer's type of track wrapped up in a 'Mama tune'. Ambush outlines the troubles that his Mother went through in keeping him on the right track as a youth and just how much respect and credit she's due for it and how much he appreciates it. The riddim here is BEAUTIFUL, one of the finest on this (and just about any other) album and lyrically, it's well starting to pick up for me.
6. '100 LB'
The album's prerequisite ganja tune is next and for it, Ambush doesn't go in too much of an unexpected direction, but he does so in a very original and FUN way. Easily one of the most sonically pleasing tracks present, '100 LB', finds Ambush, basically, speaking on the way ganja is fought against by the establishment and he interjects himself as the main 'protagonist' - But as I said . . . HAVE A GOOD TIME!
7. 'Movin Tru'
IMMEDIATELY you get the feeling of just how crucial 'Movin Tru' is when it drops in HARD and it doesn't disappoint at all throughout its duration. I've probably grown even more in my appreciation for this tune from first hearing it. As its title suggests, the song is one which is very much in motion, and examining the journey and the PRESENCE of Rastafari (which, for this tune, really just means someone living a positive life and observing their surroundings) through society. BOOM!
"No matta how dem try fi gather up fi try to give di Rastaman a fight
Di Rastaman just keep moving through, moving through
Dis ya battle di wicked dun already lose

There is no love fi dem
No love no inna dem
So then a righteousness weh mi recommend
No love no deh fi dem
No love no exist fi dem
A King Selassie I mi gi di rest of dem!"
8. 'Wit Di Girls'
While I'm still not terribly fond of 'Wit Di Girls', I have surely found a pretty interesting redeeming value in it (through actual INTENT listening) - The prevailing theme being: When you're dealing in nastiness and just all types of disgusting and violent bullshit - You can find me being nice . . . With the girls.
9. 'Love Again'
'Love Again' is a pretty interesting take on a well visited 'stop' in Reggae music. A lot of people do CONSISTENTLY nasty things. Ambush says (correctly) that these people have "no love". His message? Keep these individuals out of your life, stay away from them!
10. 'Nah Play'
I don't know that I like 'Nah Play' as much as I once did, but the song, ostensibly, is one which completely serves its purpose in mixing up the vibes of the album (in a good way) and doing so with an increasingly typical lyrically impressive offering from Ambush.
11. 'Deh Meh Bahn'
With the exception of a couple of tunes on "Tinkin Out Loud", 'Deh Meh Bahn' is one which I've spent the most time on out of any. These days the tune just sounds AMAZING to my ears in so many different ways.
12. 'Don't Say Notin'
Never was very interested in this one, but listening to it now, I almost get the feeling that it might be considerably better sans the riddim. While 'Don't Say Notin' doesn't feature the greatest of lyrical turns from Ambush to be found here, it does have him in a pretty fine form, but the rather labourious riddim somewhat takes away from it in my opinion.
13. 'Callin' Me'
This tune is, obviously, going to be compared to track #8 and it's not on that level, but it isn't horrible either.
14. 'Rebel Is I'
The album's MOODY and frantic closer, 'Rebel Is I', which has SLIGHTLY grown on me a bit. It's doesn't seem to be anything too special (and for some reason, it just seems kind of short to me), but what it does have going for it, in retrospect, is a set-up which really just allows it to succeed. What I mean is that, even with some of the similarly vibed tunes on the album (such as #12 which is not as good), Ambush in his rugged style, doesn't seem THIS comfortable and the result is a tune which, nicely, almost sounds like a freestyle - Having saturated himself in this vibe, apparently he felt it that much and turned in a tune which I may just call a winner someday. 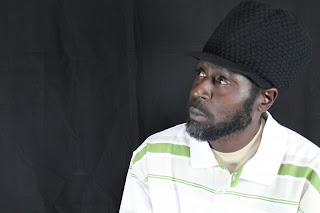 Ambush
SO! I don't think that my opinion has changed a great deal. Initially I thought it a very interesting release and, in terms of its quality, while perhaps thinning out at the end, otherwise very strong and an introduction to yet another mighty voice from out of the VI. And, as I said, some of my readers LOVED it. I'm still mostly fascinated by Ambush's lyrical ability. Seriously, it may be only an issue of time for him to prove it on a larger scale, but if this is any indication, he may just be one of the better writers in Reggae music today. We well look forward to him showing even more, but as for right now, definitely pick up "Tinkin Out Loud" by Ambush.