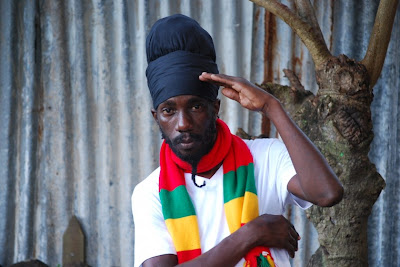 {Note: Back for about a week. We'll tell you what's up next Tuesday}
{Note 2: Please excuse the horrible writing in this post} 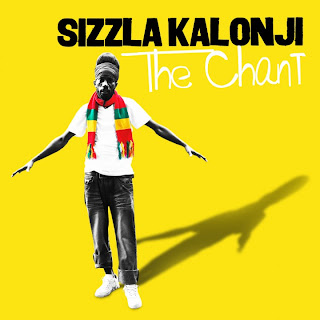 Sizzla Kalonji - "The Chant" [AfroJam Music]
First up - We have to revisit the biggest shot of the list of names rolling in during the first sixth of 2012 as Reggae legend, Sizzla Kalonji, is now exactly a month away from pushing his latest release, "The Chant", courtesy of AfroJam Music and Caveman. Not much has changed on this one . . . With the large exception of the fact that I've now heard most of it (and we have pictures too!) and, at least so far, it's sounding pretty good and like something fans of the chanter won't want to miss.
Potential Rating: 4.5/5
Releases on February 17 & 21
CD + Digital 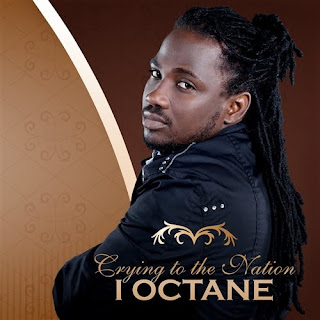 I Octane - "Crying to The Nation" [VP Records]
I've also been listening to a lot of I-Octane lately and, to a large degree, that's consisted of his own brand new album, "Crying to The Nation" which also is set to arrive in stores next month. There's some REALLY strong tunes on this one and although I listen to stuff in a different way when I turn a critical ear to it, if/when that point does eventually come, it's almost sure to stand up well and probably even better than I'm going to give it credit for. Excellent album here (and we've had it already for more than a month) and an EARLYYYYYY favourite.
Potential Rating: 4.5/5
Releases on February 14
CD + Digital 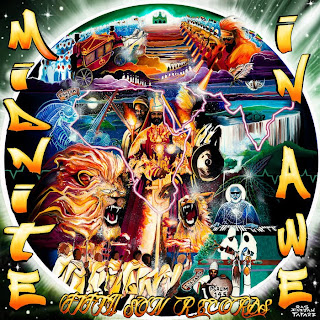 Midnite - "In Awe" [Fifth Son Records]
I haven't actually had the opportunity yet to make my way through the first of what will certainly be a several dozen albums from 'Midnite' in 2012, "In Awe" from Fifth Son Records, but I have definitely listened to a lot of the clips and . . . Yeah, I'm impressed. I was happy, although not surprised at all, to see this one getting as much attention as it has gotten, following the well pushed "King's Bell" from late last year and perhaps it's all warranted beyond the standard "it's a Midnite album" - thing. Might end up reviewing this one before we step away.
Potential Rating: 4.25/5
Releases on January 17
CD + Digital
{Note: I believe the digital is on Jan. 17 and the CD comes a week later} 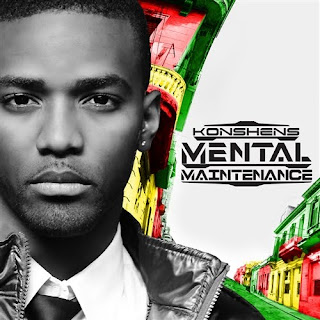 Konshens - "Mental Maintenance" [VP Records]
The first two weeks of this year, at least for me, have flown by and hopefully that continues as a most interesting set is now fully loaded and ready to go about six weeks from now as young veteran, Konshens, is set to make his debut solo release, "Mental Maintenance", next month for VP Records (and hopefully they can put it on their press page already). Listening through the early bites and it, unsurprisingly, it sounds like a few different styles are mixed in, maybe sounding a bit like "Ziggi Recado" from last year (which is saying a lot) (big album) and I just like how this one is presented - like the class and PROGRESSIVE project it figures to turn out to be.
Potential Rating: 4.25/5
Releases on February 28
CD + Digital 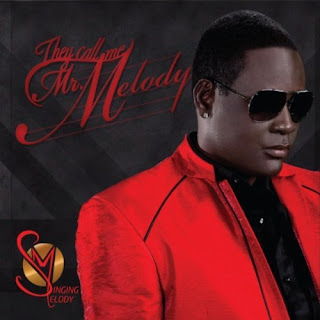 Singing Melody - "They Call Me Mr. Melody" [S.H.E.M. Music/Fat Eyes]
By my count (which is almost surely incorrect), "They Call Me Mr. Melody" is the third studio album from the big voiced veteran vocalist, Singing Melody and his very first in about six hundred years. Although not necessarily a fan of Melody's, I was pretty happy to see this one come up. Quietly, perhaps, the singer has been on a roll as of late which, at least in my opinion pinnacled a couple of years back with 'Special Love', his HUGE cut of the Classic Riddim and he's also done well on tracks from Stephen McGregor. When you do good work like that you should be rewarded and I'll consider this album a reward to both artist and fans because it's been a really loooooooong time and he definitely deserves it (and so do I!) (I work my ass off!) (and you do too!) (whoever you are).
Potential Rating: 4/5
Releases on January 17
CD + Digital 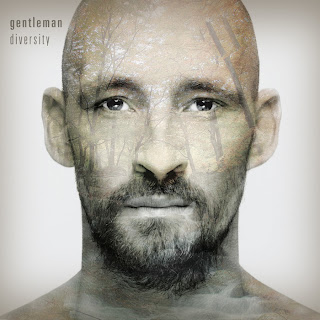 Gentleman - "Diversity" [VP Records]
Do you remember like . . . seven or eight years ago when Gentleman put out that album, "Diversity"? Well it's FINALLY gotten an international release date and a final track list (fifteen tunes), so there you go.
See Review
Releases on February 14
CD + Digital 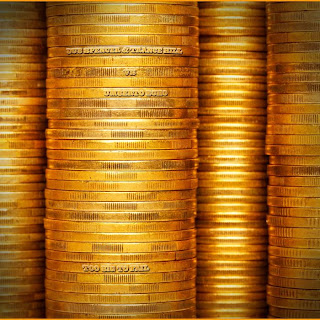 Dub Spencer & Trance Hill .vs. Umberto Echo: "Too Big To Fail" [Echo Beach]
Next we have full on Dub on Dub crime as someone named Dub Spencer & Trance Hill link up with Umberto Echo for "Too Big To Fail". I'm not even going to pretend like I know what's going on here (even though I believe I have a vocabulary large enough to do it) and surely this release makes this list based primarily on the fact that the one Umberto Echo, currently dubbing the world on his dub train, is the main producer of Achis Reggae and Earth favourite, Ms. Sara Lugo. HOWEVER, listening through it, while not being the biggest Dub head, I do like what I hear, particularly a MASSIVE track in 'Dub App', which is absolutely stunning.
Potential Rating: 4/5
Releases on January 27
CD [I THINK] + Digital 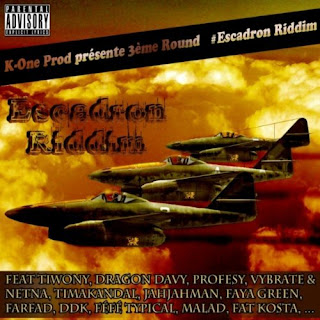 The Escadron Riddim [K-One Productions]
And finally coming soon this week: When you start to throw around names like Tiwony and Fefe Typical, you're going to get my attention as K-One did last year when they pushed up their Escadron Riddim. Surrounding those two mighty names are a few familiar names as well as a few others which hopefully become familiar such as Profesy, JahJahMan and, of course, Dragon Davy. But with that being said, I don't actually like this riddim, but I'm pretty sure I was in the minority on that - so definitely check it out for yourself.
Releases on January 19
Digital
In Stores Now 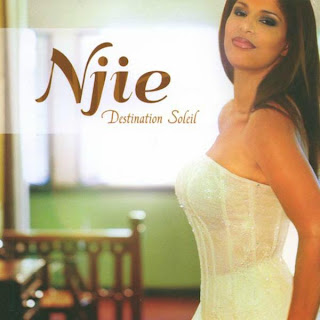 
'Te's Pas Net Sur Internet'
Late last year, reaching with what was certainly one of the best Zouk offerings of 2011 was Gwada songstress, Njie, with "Destination Soleil". The album, her first since 2009's "Avec Sincérité" (which probably had one of the best album covers that I've ever seen), is just a stellar effort all around really and definitely one of the most FUN Zouk albums that you'll hear recently. At eighteen tracks, you get a variety of different styles from traditional and modern Zouk, to R&B and a little Salsa and Soca and Merengue and Techno and a few others as well. So, if you, like me, found yourself downright STARVING for good Zouk in the latter stages of 2011, then dio what I did and pick up the latest from Njie, "Destination Soleil".
CD + Digital 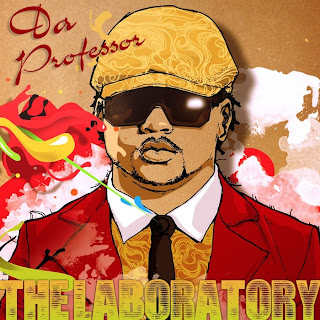 Da Professor - "The Laboratory" [Don Corleon Records]
Wasting no time in getting his 2012 started is super producer, Don Corleon, who is already delivering the debut album of his 'secret weapon', Da Professor. The very talented artist has been on a roll, primarily on Corleon creations from since he arrived on the scene and while one would have figured that another year or so might advance before we'd get a full LP from him, here is "The Laboratory". The album is extremely varied and 'different' to my ears, but really top notch material as well. So while 2012 already figures to bring a new album from Protoje and HOPEFULLY a new one from Pressure Busspipe, Da Professor gets things started VERY well from out of the same camp.
Digital 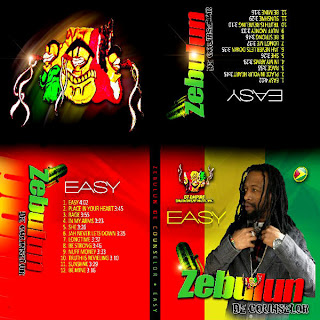 Zebulun De Counselor - "Easy" [GT Empire Enlightenment Music]
Surely the name Zebulun isn't one which should be completely foreign to fans and here we have one of a couple of big artists currently carrying the moniker. Zebulun De Counselor isn't the destructively talented youth from out of Trinidad, but the Guyana native is definitely well equipped on his own merits and as a demonstration of those abilities, definitely check out his brand new album (which may be his first, actually) "Easy". I didn't know this one on the way or anything, but it's full of at least decent tracks. Standouts include the big title song, 'Rage' (which utilizes the old WICKED Purple Ting Riddim) (BOOM!), 'Be Strong' and 'Longtime'. Just big and upful modern Roots Reggae.
CD [I THINK] + Digital 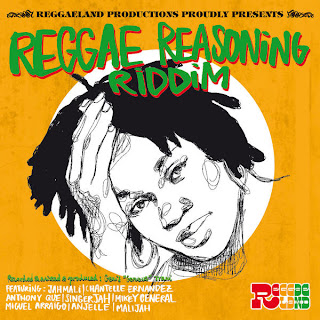 
Riddim Mix
The LOVELY Reggae Reasoning Riddim comes courtesy of Reggaeland Productions (keeping it simple) from out of Spain and I think this may be our official introduction to them and if that is the case, then they're definitely making big first impressions. Besides building this gorgeous vibe, they've also managed to assemble an equally impressive cast of vocalist. Veteran Mikey General headlines a group which also includes the likes of Jahmali, Anthony Que, Malijah, martian cutie Chantelle Ernandez and others (like Anjelle). Well done.
Digital 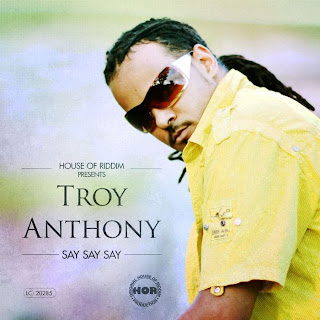 'Say Say Say' by Troy Anthony (single) [House of Riddim]
The venerable House of Riddim from out of Austria (biggup Markus) have pushed up a big new single for Reggae/Gospel singer, Troy Anthony from out of Bermuda (biggup Dean), 'Say Say Say'. The tune is a big social commentary and although I'm not the biggest fan of Anthony's, I can probably say that it's the single best tune of his that I've heard to date - so definitely have a listen for yourself.
Digital 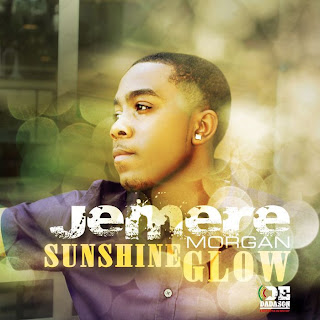 Continuing his steady rise to prominence is a member of the next generation of the big family, Jemere Morgan, from the Morgan camp with the sterling new love song, 'Sunshine Grow'. Jemere is the son of Gramps Morgan (and he's voicing for his Father's label) and while previously a lot of the stuff I heard from him was a bit more Poppish with an international flavour, here he is on a more Reggae-centric vibes and doing it well. I'd ultimately expect him to head back towards the Pop arena, but if he can drop a tune like this every now and then, it'd push him in a direction you'd expect more from someone with a name like Morgan. Nice tune.
Digital

'All I Want'
And finally: An excellent surprise it's been to see Pressure Busspipe's name floating around with the likes of I Octane, Mavado and others who typically dominate random digital single releases. Of his three pieces, two of them - 'All I Want' & 'We Are One' come through Cyclone Entertainment and J-Vibe Music (the latter is the better of those two, it's excellent), while the other tune, 'Turn Me On', is somewhat Soca-fied (it actually sounds like the song of the same name by Kevin Lyttle) and is helmed by Jon FX [bka 'That guy who produced 'Hold Yuh' ']. Always love to see Pressure active and more active and hopefully his priming for a big 2012 which also includes an album.
All Digital
Posted by Achis at 7:01 PM