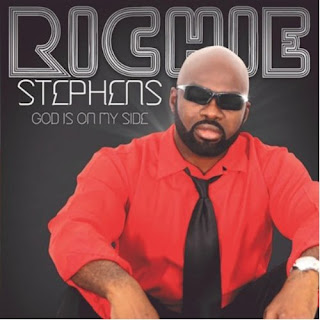 
First up this week is someone who, although I'm not the biggest fan of, deserves a big respect and generally gets it for all he manages to do. It's the well esteemed Richie Stephens with his brand new forthcoming album (can something be "brand new" and "forthcoming", isn't it either or???), "God Is On My Side". It should go without saying (though I'm going to say it anyway), that this a traditional Gospel set, which probably means that it isn't for me, but as I always come to find out, Stephens has a great deal of fans and is very popular. The album also marks the first big project of the singer from since the tragic and downright sickening death of his protégé/FAMILY Coppa Cat.

Releases on May 22
CD + Digital 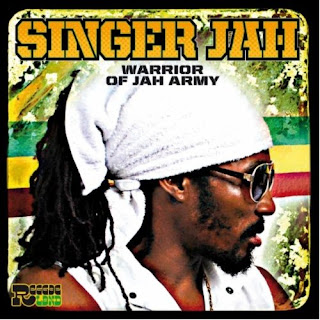 
Another veteran vocalist heads the way of ReggaeLand from out of Spain in releasing his own new album (like Malijah did earlier this year), as Singer Jah is set to bring forth "Warrior of Jah Army". Singer Jah has been around from quite some time, but I've never REALLY taken the time to see what I think of the curious voiced singer and I suppose now is as good of a time as any, so I will be checking out this album (and the clips do sound pretty good). Not surprisingly, another great singer (in need of a new album), Ginjah, stops by for a guest spot. 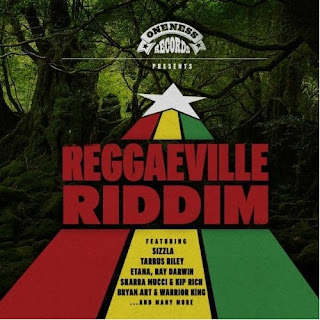 
Big big respect and congratulations goes to the boys at Da Ville for . . . Getting a riddim named after them! And not just any piece of shit either, the composition comes courtesy of the still hot Oneness Records from out of Germany, a fact which makes this, even in the most detached sense, an even a bigger BIG deal. Want more? Big big names abound as taking the Reggaeville Riddim for a spin are the likes of Sizzla Kalonji, Mark Wonder [more on them in a minute], Tarrus Riley, Warrior King & Bryant Art, Shagg . . . Skarra Mucci & Kippo, Teacha Dee, Naptali The Great and some singer called Sara Lugo alongside Kabaka Pyramid. Stay tuned for the Achis Riddim scheduled to reach in the year 3020.

Releases on May 25
Digital 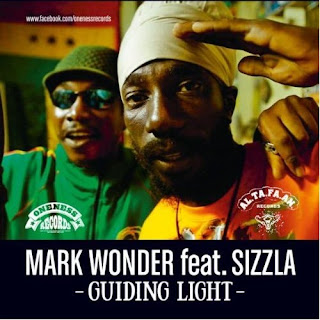 
Oneness Records is also busying themselves in May with the releasing of  an interesting single featuring two potential saturated up and comers, Mark Wonder and someone named Sizzla Kalonji - 'Guiding Light'. WHAT! Apparently the tune may have been built by Al.Ta.Fa.An. And it sounds like their quality of work and vibes. Mort interestingly: If I read correctly (highly unlikely), Wonder is also at work on a full album for Oneness Records, "Working Wonders" which should be REALLY interesting. Big tune here. 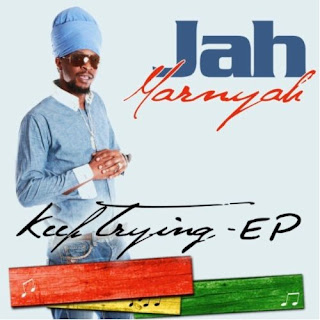 
Remember Jah Marnyah??? It's been now two years or so from when we were really high on the Montserrat born chanter and while he may've faded away around here (still waiting on that album), he's been hard at work and here's the result as Marnyah has a big new single coming courtesy of the boys and girls at Faya Wurks Records, 'Keep Trying'. The single is to be released as a digital EP which also includes alternatives mixes - two dubs, a Hip Hop remix and an acoustic track.

Releases on May 18
Digital 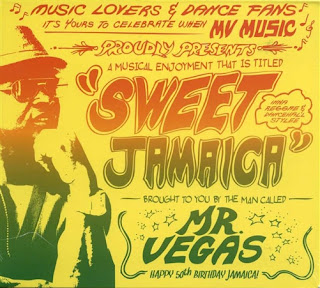 
And lastly, coming soon this week is a big deal which should have been first or second on this post but it's been out now for a couple of months or so. Dancehall star Mr. Vegas, earlier this year, dropped the most EXPANSIVE and AMBITIOUS "Sweet Jamaica" and did so in order to make (some money) his own contribution to the celebrations of Jamaica's 50th year. The two disc set, which features thirty-one tracks, specifically aimed to push authentic Reggae & Dancehall music and, although I'm not a great big fan of Vegas' (although I have enjoyed his work over the last two years or so), he hit a homerun here. The album features all kinds of big tunes from the singer (I hate that word that begins with an s and has a second syllable which rhymes with 'DAY') 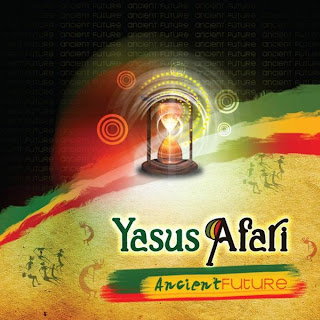 
Legendary Dub Poet, Yasus Afari, is back with his first album in quite some time, "Ancient Future". Although his isn't a name which you'll see or hear in steady rotation in any sense, Afari retains a very unique place in Reggae because the following that he has is amongst the most fervent and LOYAL in all of the music, so I'm sure so many have already picked this one up. If you haven't, you may want to consider it, having just delved into it I'm immediately going to tell that it's very accessible and a very good album, full on, as well. Highlights include 'Hard & Tuff', 'Rise Up', 'Look To Africa' and others. Also, Afari links with HUGE names including Toots & The Maytals, Black Uhuru as well as Benjamin Zephaniah. 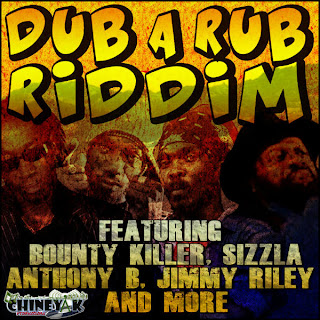 
Chiney K joins a very short but STERLING list of entrants who have dropped HUGE riddim albums. In this case, they've used a track which reached some time last year in the form of the Dub A Rub Riddim, to make the move. This track is vibed heavily like a riddim from the late 1980's/early 1990's and it's just MAGIC! One of the most interesting facets of the piece is who's on it (and maybe even who's not): As with HUGE names such as Bounty Killer, Sizzla Kalonji (big, big tune), Anthony B, Lutan Fyah (another big tune), Determine (and another) [pardon me]:


"Most of di people dem nowadays, you know dem sick mental
Di Dread dem nowadays, enuff a dem a rental
Dem no respect you from you no come from inna di residential
Ghetto youth mi link big and it presidential
Haffi strive, you must survive because it well essential
Jah gimme di vibes!
And him bless mi wid a vocal"

[continuing along as if nothing just happened] Lenn Hammond and even Cutty Ranks and Daddy Lizard get in on things for one fantastic riddim album. 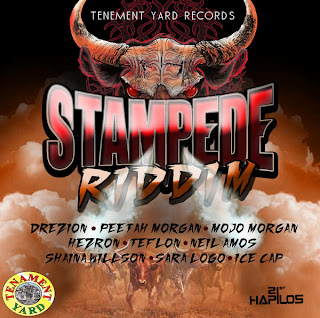 
Tenament Yard Records definitely knows how to get attention for itself. The first thing they did was to make a good riddim, they called it the Stampede [see note] and then they linked up with some great talents to voice it. Hezron, Mr. Mojo, Peetah Morgan, the world's second angriest man Teflon and Drezion who runs this yard all make an appearance on this beautiful composition. Oh! As does a new singer by the name of Sara Logo!

Digital
{Note: Yes, they spelled her name wrong, they also programmed the riddim incorrectly, so you'll find it as the "Stamede" riddim (with no letter P)} 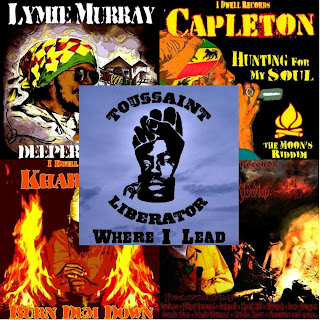 And lastly, even though I have something REALLY nice to tell you about - so it may get it's own post or just come back up next week, is a few different sets for a label apparently focused on making a big year for themselves in 2012, I Dwell Records. Along with two sizable full artist's albums, "Deeper Roots" by Lymie Murray and of course Toussaint's "Where I Lead", the label is also pushing a big riddim album for the Fyah Furreal and two nice singles, 'Hunting For My Soul' and 'Burn Dem Down', by Capleton and Khari Kill, respectively [both of which are apparently on the Moon Riddim]. While I don't think  they can continue this pace, hopefully they will stay active throughout the year because the start of it has been excellent.

{Bredz you some evil genius}