So much nice new stuff. So we give it again, and again next week. 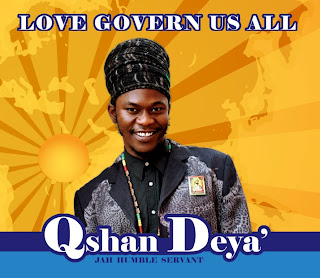 "Love Govern Us All" by Qshan Deya' [Diamond Rush Productions]


First up this . . . day is an album which I'm SO looking forward to hearing as Qshan Deya, originally from out of Vincy (so soon!), is back with his very first album in several centuries, the presumably EXQUISITE "Love Govern Us All". Qshan Deya (you'll see a hundred different spellings of that name) had an album, "Journey", which originally reached way back in 2001 and was fairly well received. I want to say that it was re-released just last year or 2010 in some form (probably digital) and that was the last time anyone heard from the outstandingly voiced singer on an album. Add a 1 to each digit in your age, and he's back! Listening through some of the clips, it's a very impressive album - Heavy modern Roots, which is exactly what the singer made his name doing. It's nice to see that while certain things have changed in eleven years, certain others have not and I'm looking forward to hearing it. Lady G, Tony Rebel and Half Pint stop by. 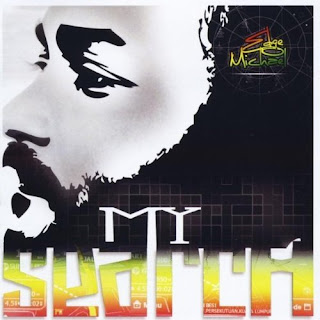 
Next we have a piece which came well recommended by a longtime reader, biggup LeClaire (biggup LeClaire), who was very adamant that we check out the latest creation of Edge Michael. Perhaps still best known for being the nephew of Reggae Royalty, Peter Tosh, Michael has strung together quite a nice and sturdy career for himself and his new release, "My Search", has to be album # four or five for him now, which is really remarkable and I know that he has a strong following as well (like LeClaire). The new album doesn't appear to drift too far off course for the singer and is more very solid Roots Reggae music. UK pillar, Macka B and Selvie Wonder join Edge Michael to spice up the vibes as well. 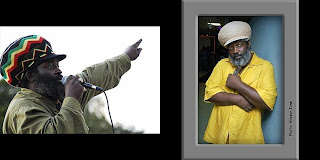 
It hasn't been anywhere near as long as the first case on this post, but it does seem like awhile from last we heard from veteran chanter Bigga Haitian from out of . . . Haiti. The heavy voiced artist has released a string of new singles such as 'Jah Children Arise', 'Mama Kush' [both pictured] and a next called 'Coming Home'. All three are very good songs and, I don't know this for sure, but it would seem as if Bigga Haitian is MAYBE preparing for something big which would definitely add even more flames to an already dangerously hot 2012. 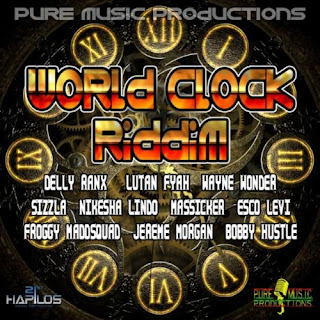 
Speaking of flames - We always love to check in with Delly Ranx and co. at Pure Music Productions, because they always have something damn spicy and next up, there is no change. The World Clock Riddim is BIG! And it's not just a big riddim, but it birthed equally big-boned tunes as well. Sizzla Kalonji, Lutan Fyah, Exco Levi and Nikiesha Lindo are just a few names running here (Froggy has an excellent tune as well), but it is the creator of the riddim, himself, taking top honours with the WICKED 'Read The Board'.

The Aurora Skies Riddim [So Unique]


I've mentioned this one both of the past couple of days, I think as it appeared on Mr. Vegas' smash "Sweet Jamaica" and we featured the real star of the Aurora Skies Riddim, 'The Real Deal' by Bounty Killer, featured the last full edition of "Check It". The actual riddim itself is a pretty good and colourful composition, but it plays backdrop to several really strong tunes. Joining the Killa are the likes of Agent Sasco, Bugle, Savage, D'Angel, Flexx, G-Whizz, Gyptian, Kibaki, Teflon, Shane-O and others. The Aurora Skies Riddim is split over two releases  (twenty-seven tunes in all) - and you can probably piece together a solid thirteen or fourteen set of nice and better tunes digitally. 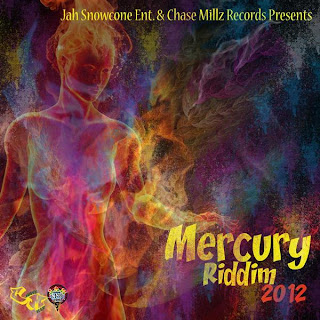 
Jah Snowcone is, at least in my opinion, still somewhat of an underappreciated producer for the vibes that he actually makes and has made and now he's pushing another one for the catalogs because the Mercury Riddim is clearly one of the most BEAUTIFUL Dancehall riddims of the first half of the year. Spragga Benz and Agent Sasco steal the show, but other big tunes abound from the likes of Kiprich, Delly Ranx, Beenie Man, the all kind of sexy I Shawna and Mr. Vegas alongside Ninja Kidd. Definitely check this one today. 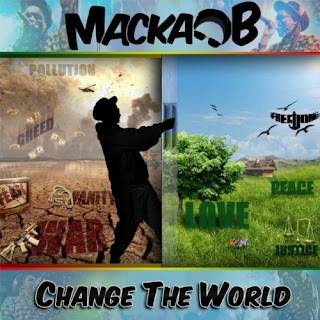 "Change The World" by Macka B [Chinelo Productions]


And finally today I thought that I'd remind to pick up the latest album from the aforementioned big time UK chanter, Macka B, "Change The World". I've had the opportunity to listen through it just a bit and it seems, so far, like 'standard' REALLY HIGH QUALITY vibes from one of the best to ever do it (big tune called 'Golden Pen' alongside Earl 16).