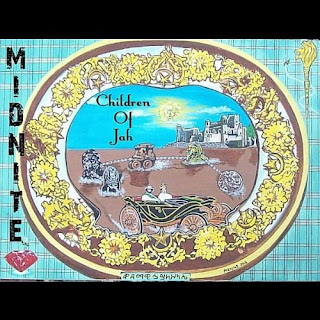 
It's been an awfully long time from last we heard from Vaughn Benjamin and Midnite! There last album, the much overlooked "In Awe" arrived wayyyyyyyyyy back in January! That's a full five months with no new album! Well, the extended hiatus from recording is now over as Benjamin delivers the suddenly highly anticipated new album, "Children Of Jah". The project finds the link recurring with Midnite's most active collaborant (that is not a word, but it should be!) these days, Rastar Records (too lazy to count now, but I'd say this album would mark the sixth or seventh output of that union) (a quick check does reveal it to probably be the seventh). I haven't gotten all the way into this one just yet, but it seems to be quite strong to my ears and it may also have a chance at being the actual best Midnite/Rastar Records album to date. Of course this record is pretty popular these days, because it's Midnite, but just like their first album of the year, I'm expecting a great deal of substance to go along with it.

CD + Digital
{Going on break pretty soon, but may slap a review on this one before we leave} 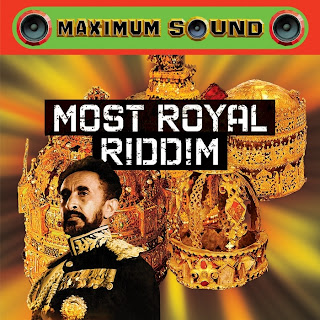 The Most Royal Riddim [Maximum Sound]


Big UK label, Maximum Sound, is back at work with their latest creation, the gorgeous Most Royal Riddim which, in its brevity, makes a very large impact via five big tunes from five big names. The riddim itself is a big and VIBRANT Roots set which plays a fantastic backdrop to the likes of Sizzla Kalonji, Tarrus Riley, Agent Sasco, Ce'Cile and Christopher Martin. Really liking what I'm hearing on this. Certainly wish there was MORE, but the five here seem excellent and also playing a part is the genius that is Stephen 'Lenky' Marsden. See for yourself and pick up the Most Royal Riddim from Maximum Sound today. 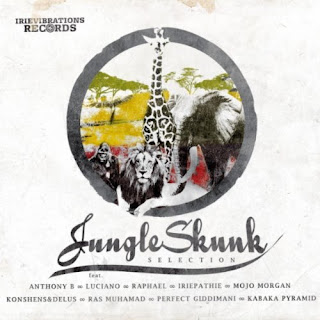 
And we're back again. We dealt with the wonderful people at IrieVibrations just recently for their big new release from Anthony B, "Freedom Fighter" and now they're back with a new riddim album as well for one of the label's staples - the Jungle Skunk Riddim. Joining Anthony B are big names such as Luciano (who has the single best moment on the track to my ears, 'Hard Road'), Perfect, Konshens & Delus, new friends Kabaka Pyramid and Ras Muhammad and others. Again, we wish we had more of this one also (and a clean version of the riddim!), but we'll take what we can get because this thing was BEAUTIFUL. 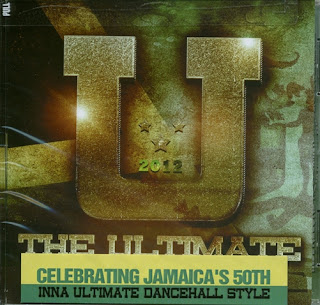 
Now - It's time for the 2012 installment of Tad's Records' annually overstuffed Dancehall & Reggae compilation (mainly the former this year), "The Ultimate" (apparently it ditched the year this time around in the official title). There shouldn't be much needed to be said here, you already know what to expect, there's just the matter of WHO to expect it from. I-Octane, Mavado, Popcaan, Kartel, Lady Saw, Konshens and a copious amount of Baby Cham highlight. 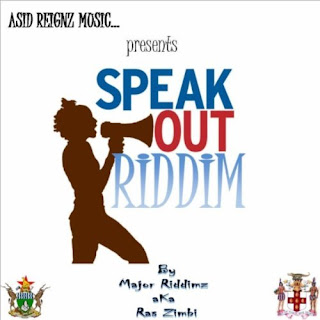 
Asid Reignz Music is saying a hello in a big way through their own new creation the blazing Speak Up Riddim. The label, which has roots in Zimbabwe (thus the cover) is jumping up on the shoulders of a headed straight back to early 2000's style Dancehall. Names like Beenie Man, Spragga Benz and Mr. Easy help  in that as well (the latter of the three may have had something else to do with this one because he actually voices for it THREE times, including two solo tracks). Konshens, Esco, Gappy Ranks (on the sublime 'Ugly Face')and others also abound on this set which his ACTUAL Dancehall and has my full support! BIG! 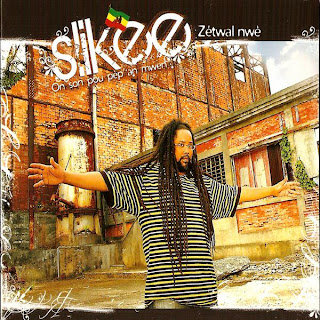 Next we have something which I was well pretty surprised (in a good way) to see floating around digitally. "Zétwal Nwè", an album from well talented veteran singer/chanter Slikee (to my knowledge, it's his only album to date) from out of Gwada, had to have originally arrived a few years back (2009 maybe) or so, but I never had the opportunity to hear the full album and I don't know anyone else who has either. Well, now you can pick it up digitally. Listening through some of the tracks and it's damn impressive. Not a lot in the way of big names jumping on board along, but it does contain more than its share of big tracks, like the maddening 'Rasinn é Kilti' alongside Tonekimai (biggup the DJ, having a nice year this year) and the GOLDEN 'Tou Sèl'. 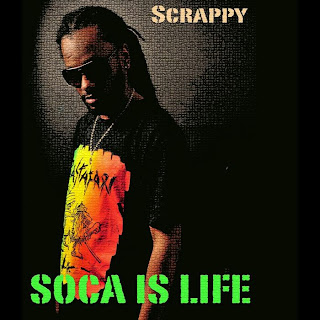 
Scrappy is back for the first time in . . . a really long time with another new project from Faluma (who we also haven't heard from in more than a little while) (and who NEVER did deliver the launcher). The veteran Soca performer from out of Montserrat (or "Monster Rat" as my Daughter says) is now making a point which I've been saying for YEARS, "Soca Is Life" and doing it over the course of four tunes. Scrappy is somewhat of a trailblazer, because he's been doing the digital thing for some time now and it's wonderful that he's still doing it these days. 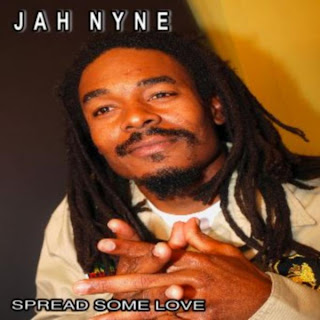 
Jah Nyne from out of The Bahamas played a big hand in 2011 with his sterling debut set, "Holdin A Vybe" and obviously he wasn't comfortable (or Mealy Records wasn't) with leaving it there, so he's back in 2012 with a big EP. As it is seven songs in length and shares only a pair with the album as far as I can see, had "Spread Some Love" arrived last year instead of the album (and I didn't know about said album), I would have been pleased! This set taps other big tunes, namely 'In The Name of Jah', and is just a nice general 'companion piece' to the album. So check it out.


Heartical, from out of France is another label doing big things these days and, for them, it's three big singles which we're looking at these days. First is one which we told you about last week as Zareb comes through with 'Heart of Mankind'. I actually have had the pleasure of hearing the full tune now (because Bredz bought it IMMEDIATELY) and it's a lovely social commentary from the singer (who is sounding very Yami Bolo-ish these days). And they also have 'Rub A Dub Session' from General Levy, as well as 'Mental Slavery' from Lloyd Parks & Joseph Cotton. The second of those also includes Parks' classic 'Slaving' and all three of these selections tap that legendary composition which Heartical also did a full fledged album for a few years back - none of these tunes appeared there. We don't normally cover stuff like this, but I really enjoy the first tune and I'm looking forward to hearing the next two. Beat me to it and pick all three up right now. 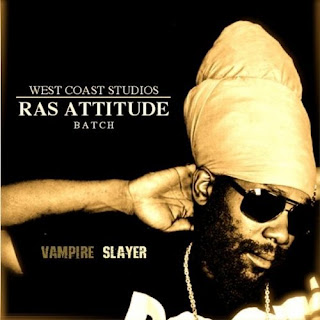 
And finally is another piece which we've mentioned previously, but is now widely available as Virgin Islands superpowers Ras Attitude and Batch link up again for a powerful tune, 'Vampire Slayer'. The song is one which Tarrus Riley would approve of (it's an acoustic) and it puts all bloodsuckers on notice than their time soon come to an end.

An EXCELLENT song and one which you really should already have! So get it and everything else on this list! Right now! WHAT!

Digital
Posted by Achis at 2:27 AM