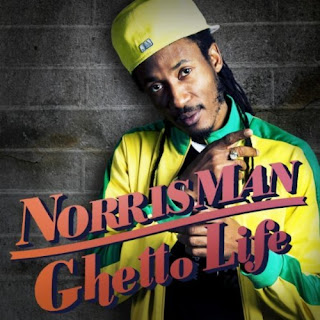 
So, we did the last edition of "Check It" and I'd forgotten to mention a release which I'm going to tell you about in just a second, but this morning I get a message from Bredz who said he just bought "the" new album from veteran chanter, Norris Man (I just made Bredz sound really smart, it was less 'informal' than that) (Bredz I joke! Don't make me look dumb!) and I thought he was referring to the other album and told him to send it to me. What he sent was a completely new album, "Ghetto Life", which by virtue of coming via Partillo Productions, actually marks Norris' second album from a label from out of SWEDEN, just in this year alone! There was "Modern Roots" in April from Nordic Steel that album beneath this one in this post in May and for June - here we are! I haven't had the slightest bit of an even decent listen to "Ghetto Life" outside of the clips, but I would say that it appears to be just a little more straight-forward than the Hip-Hop infused "Modern Roots" album (but be careful with that. As much as I know of Partillo and the people apparently involved with this album "straight-forward" isn't their specialty) (they do Soca). But does that mean that it's actually BETTER??? That remains to be see . . . Heard. 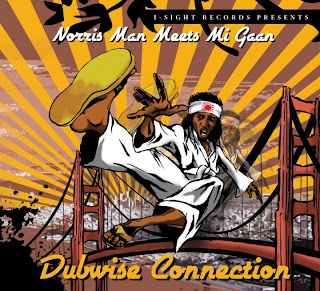 
As for the one which we'd forgotten about (I just said "we'd", when "I'd" is FAR, far more appropriate right now) - "Dubwise Connection" finds Norris Man linking with US band Mi Gaan and while I've heard not very much of it, I'm already very much looking forward to HEARING it for a few different reasons. First of all is the fact that the actual vibes of this album appear to be sublime. We can certainly deal with the vocals and writing later, but MUSICALLY and SONICALLY, what we have here may just be something special. Also, the album features fifteen tracks in total and while first three trios (that's a really cool way of saying NINE don't?) are vocal tracks, the next two (trios) (=six) are of dubs of two quarters of the first nine (a lot of math on Achis Reggae today). Again, I can't speak much in this instance, but I wouldn't at all be surprised if "Dubwise Connection" would prove to be the single finest album of the year from the suddenly all kinds of enthused Norris Man.

{Note: I'm nearly certain that Mi Gaan is also involved with a big new single from Tuff Lion by the name of 'I Want The World To Know'. But I haven't heard that yet, so beat me to it!}