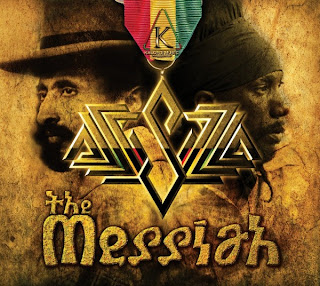 
So yes. Sizzla Kalonji has a new album coming. It's called "The Messiah". It's coming from VP Records. It's going to be amazing and I'm pissed off that I have to wait for it. But you knew all of that already.

Releases on May 28
CD + Digital 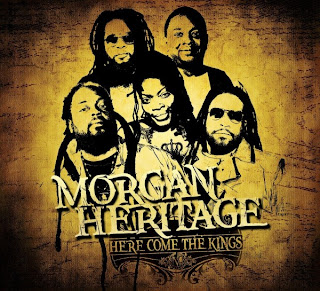 
Other big news coming courtesy of VP Records is the much anticipated forthcoming new album from the second family of Reggae music (unless I'm really overlooking someone), Morgan Heritage, who returns with their first brand new studio album in more than five years, "Here Come The Kings". The typically very active Morgans went on what amounted to a hiatus a few years back to pursue solo endeavours and they did so quite well. Gramps Morgan even did a pair of albums in the interim ["Because Jah shall wash away all the tears from my eyes!"]. Peetah also accumulated a whole heap of solo successes and Mr. Mojo did a great deal of work as well. If I recall correctly, part of the initial reason for the temporary separation was because the group was reportedly preparing to release what they hoped would be their opus and a "landmark" album. Well… here it comes. Personally, I'm really looking forward to this set because I've warmed up to some of their older work, which I didn't enjoy previously, so I'm well hoping it continues. Superstar, Shaggy, guests and Don Corleon and Shane Brown productions are featured. I have a REALLY good feeling about this one. 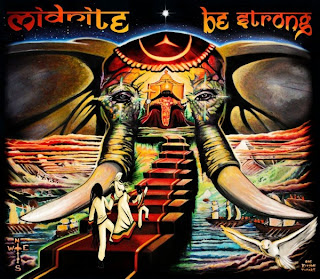 
The inescapable VP Records also has a hand in this project, which we've mentioned before, but is now almost exactly upon us as the potentially MASSIVE latest Vaughn Benjamin/Fifth Son Records collaboration, "Be Strong" is well on its way. Of course, being the descendant of an album in "In Awe" (which I'm probably going to declare full on GREAT one of these days) helps the anticipation quite a bit, but listening through some of the early clips of the album and… it sounds really, really good in my opinion - with a varied sound, but one which doesn't seem to go too far and absolutely tickles my ears. I'm particularly looking forward to hearing the closer, 'Bless The Nest' and 'Dem Kinda Heights', but every song here sounds very good!

Releases on May 14
CD + Digital 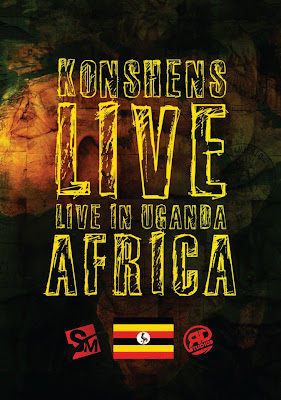 
Next we have what is just a  VERY good idea as Dancehall star, Konshens, is releasing video of a live performance he did last year in the central eastern Afrikan nation of Uganda and he's calling it… "Konshens Live In Uganda Africa". Reportedly, the performance took place in front of 25,000 fans and was spectacular so, why not make it an official release, with Reggae shelves not exactly brimming with such things. Biggup Konshens and biggup you know who, who is distributing.

Releases on May 7
DVD 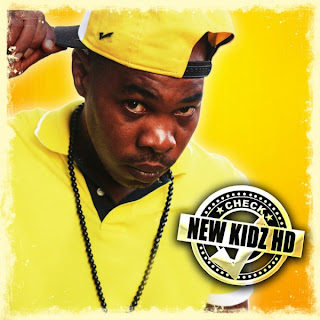 
Very interesting is this next piece, "Check", the debut album of Dancehall veteran and Buju Banton disciple, the very talented New Kidz. New Kidz has been around from years and years (he was on the Throwback Giggy) (that was… like 1964), recording for almost everyone and has already had very respectable career. But he didn't seem like the type to do up and do some album one day, but things have changed and he's linked with the amazing people at Truckback Records, who're responsible for putting together his album (I'm not going to tell whose responsible for distribution - but you can probably guess). From the clips, it appears as if the record is a more Roots-centric offering, which can definitely be a good  thing and I'm looking forward to hearing the full thing. Though he'll never be confused with someone like Buju, Beenie Man or General Degree, in terms of refinement, New Kidz' is a very RAW and organic talent which may turn out a sleeper of an album. See for yourself when you pick it up next week. Tony Curtis, Turbulence and even the legendary Lady Saw stop by.

Releases on May 7
CD + Digital 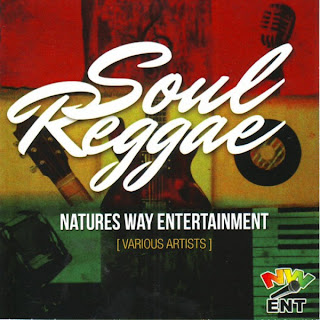 
Big, big names adorned the LOVELY Soul Reggae Riddim from Nature's Way Entertainment which reached a few months back, earlier in 2013, which is now set to make its way to an official release (courtesy of… Yep, this one too). Wayne Wonder's is the biggest name of them all, but also making appearances are the likes of Jah Mason, Christopher Martin, Zamunda (whose 'Cruise Control' is fantastic), an all-conquering Busy Signal, Chevaughn and others (including Kehv). The actual riddim (which unfortunately isn't present in a clean form on the release), is a healthy kind of Lover's Rock piece and all of the vocalists take their tunes, respectively, in that direction - making for kind of a 'concept' approach. It was a good idea and most of the fifteen songs are at least some kind of impressive. 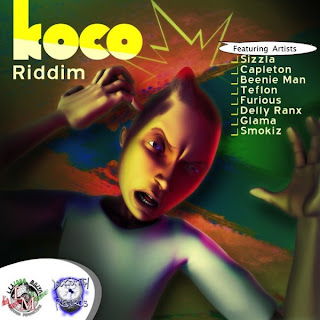 
Like the Soul Reggae, the Koco Riddim is a piece which dropped a bit earlier this year and is now coming to an official release (which I don't think that VP actually had a hand in) (unlike every other entry on this post thus far and one of the next two also). The Koco Riddim is a HEAVY piece of authentic Dancehall music and was a favourite of mine. It also carried quite a few big names in its brevity, headlines by Capleton, Sizzla Kalonji and Beenie Man - with Delly Ranx and Teflon also appearing. We also get a clean instrumental of the riddim which should be one of the best things on this release. 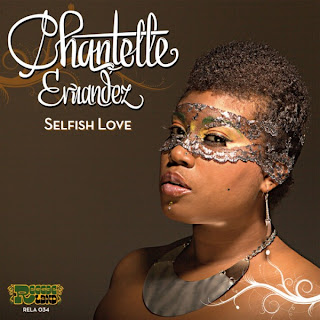 
Next we head back to ReggaeLand who, after the craziness they pushed in 2012, is quietly stringing together yet another fine year in the first half of 2013. Next up they have a new single from sweet singing bonafide cutie, Chantelle Ernandez, called 'Selfish Love'. Ernandez, along with Malijah, Singer Jah and, of course, Anthony Que, released a full album for the Spanish imprint ["Gimme What's Mine"] last year and apparently she enjoyed the vibes (or this tune just didn't make the album) and she's also returning to ReggaeLand. This tune is a gorgeous one and utilizes the same equally sterling composition which Que rode to perfection on his fantastic tune, 'Holy Ground' ["No Fear No Man" album, in stores now].

Releases on May 10
Digital 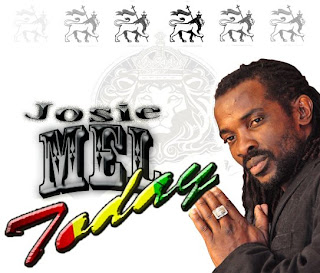 
And finally (not actually, but almost) is a release that I don't know a great deal about (and probably should have saved for next time, but this way I can conveniently forget to do that now) - it's the latest set from respected veteran, Josie Mel, "Today". To my knowledge, this is the very first EP release the under-recorded Mel has ever done, and he has not had an album from since 2007, so this is a big deal and I'm well looking forward to hearing what else, besides the familiar title track, it holds. 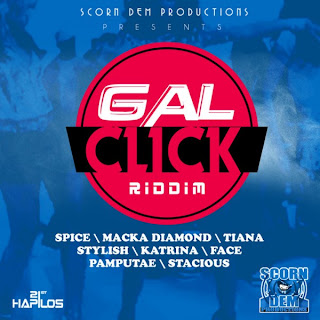 
Also a little while earlier this year, the always impressive Spice had a considerable impact with her tune, 'Dun Wife' and now the track which carried it to success, the KNOCKING Gal Click Riddim from her own Scorn Dem Productions imprint, is also available. As for the full release, not surprisingly it is full of female DJ's, headlined by Spice herself (DUH!) and also including the likes of Macka Diamond, Pamputae, Tiana, Stacious and others. The riddim, itself, is sublime. It is. And although it may not carry tunes, completely, as good as it is, it still makes for an entertaining set to my opinion. 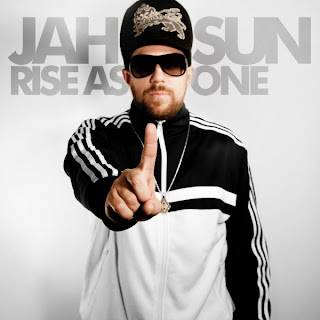 "Rise As One" by Jah Sun [More Love Productions]


Veteran Jah Sun ["no bones, no blood inna wi kitchen!"] is back ["no bones, no blood inna wi kitchennnnnn!"] with his very first album since his last, "Rise As One".  Although I am nowhere approaching being his biggest fan, I have definitely appreciated some of Jah Sun's music over the years and have kept an eye and an ear out for what he was up to. This time it was easy: One album featuring Sizzla Kalonji, Kabaka Pyramid, Gappy Ranks, Chronixx, Denham Smith and Richie Spice and riddims from Oneness Records, Bizzarri Records, House of Riddim and others. At worst, such an album should be 'really good'. 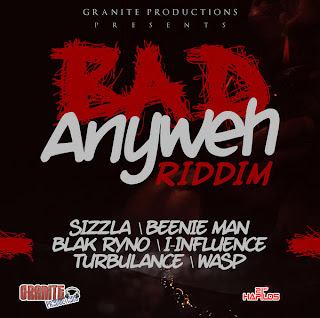 
Grrrr! Be sure to check the latest from I-Influence and company at Granite Productions, the agitated (and I mean that in a good way) Bad Anyweh Riddim. This piece is a very colourful and hard Dancehall track and it has grown on me just a bit. With a name like that (and with a cover), you pretty much know what's going on here with the style and it pretty much goes that way with the exception of Sizzla Kalonji who bring 'Give You My Love' (which is probably better than you think it is). Also on board is Beenie Man, Turbulence [twice], Blak Ryno and others, who join I-Influence, who also voices his own riddim with a pair of selections. 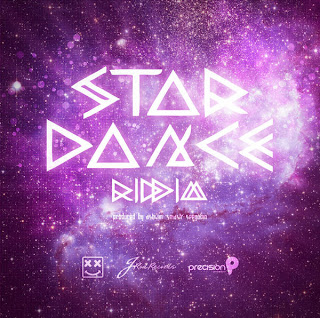 
Fox Fuse goes all Poppish on the people with J-Rod Records and the blazing Precision Productions with  the hard to shake Star Dance Riddim. If such a thing is even possible (and apparently it is), if you can imagine some track in your head which might be called the 'Star Dance Riddim', whatever you come up with is probably pretty close to the actual track. That is a very nice description for it. Someone needs to put Jalena on this track, immediately, but until then you can well enjoy the likes of Tian Winter, Nikisha, Ricardo Drue alongside Crissanji (whose 'Free' is probably the best tune on the riddim), the dependably eclectic Fireball and SEARING cutie, Cherise Ransome who is 'Unstoppable' like Cali P (biggup Cali P). 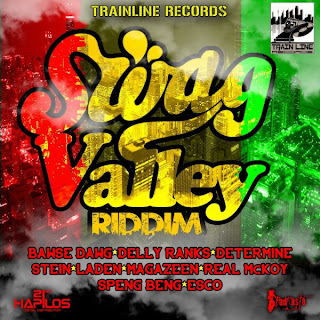 
Because I'm a very old and jaded ass human being, I find myself almost cringing whenever I see the word 'swag’ used, but although I may not be terribly fond of their vocabulary, I give credit where it is due and Train Line Records has my appreciation because their latest creation, the Swag Valley Riddim, is excellent. I'm sure this thing reminds me of something, but I can't quite figure that out. Until then, however, I'll just enjoy the track and efforts on it from DJ's such as Delly Ranx, Real McKoy, the world's angriest man, Einstein, Magazeen ["Fi write lyrics and dun di place, well dat a fi mi duty then"] and a seemingly very inspired Determine who absolutely SAVAGES the Swag Valley with its best tune, 'Look Weh Tings Come To'.