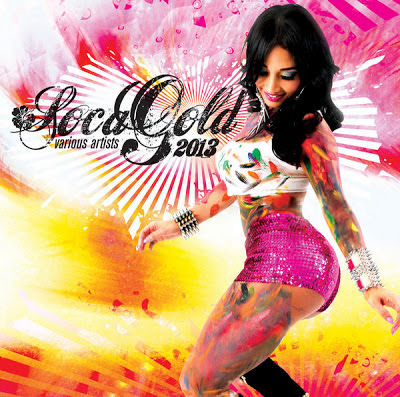 
It's better than you think it is. After down years, in my opinion in two, of the last three (2011 actually wasn't that bad, in retrospect) "Soca Gold" returned with one of its better installments in recent years with its 2013 edition. Anchored by two of the biggest tunes also in recent times, "Fantastic Friday" by a returning Super Blue and the unstoppable 'Differentology' by Soca Viking, Bunji Garlin, "SG2K13" would surround the hits with just a few other nice moments from the likes of Nadia Batson, Iwer George, Saucy and definitely Kes The Band. Soca superstars Machel Montano and Alison Hinds also made appearances on a fine effort from arguably the biggest structure in the genre at what could be a very pivotal point in time for Soca music. 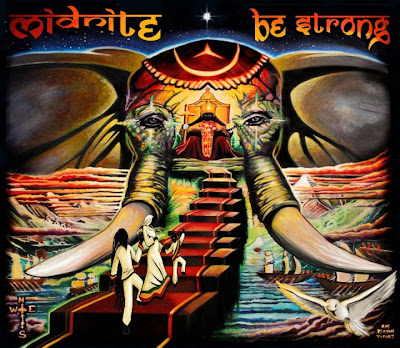 
Though having very large shoes to fill in terms of following an immediate predecessor in "In Awe", which still grows, seemingly, by the moment, the latest new album from Vaughn Benjamin & Midnite from Fifth Son Records, "Be Strong" doesn't struggle at all in maintaining LOFTY levels. I'm already to the point where I'm assuming that it will experience a similar 'aging' process that "In Awe" continues to go through and, should that be the case, what you'll have hear is a WONDERFUL pair of albums which're somewhat complimentary. These days, while the unerring title track maintains the top spot, there is a song here by the name of 'With Regret' and a next in 'Dem Kinda Heights' which are on their way to making the discussion of the best song on this album a very interesting one - if they haven't already. 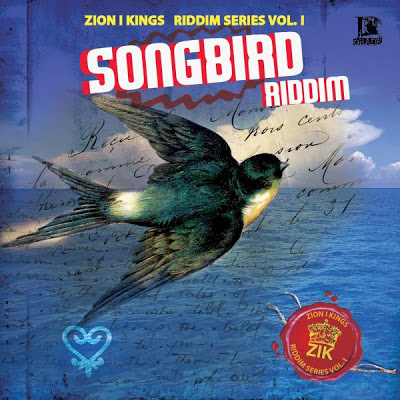 The Songbird Riddim [I Grade Records]


The first of two consecutive releases from the Zion I Kings is also probably the single best album you'll find listed here today, the STUNNING Songbird Riddim which comes to us directly from the ever-sharp I Grade Records. I almost wish that I had waited just a bit longer to do the review because I have so much more to say (and that review was well over four-thousand words long if I recall correctly)... You know what? I'll tell you about it tomorrow! 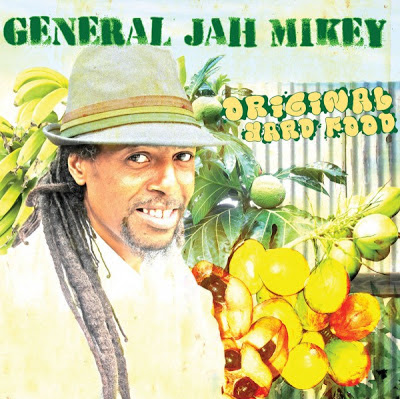 
Veteran General Jah Mikey also linked with Zion High Productions and the Zion I Kings this month for his delightful new album and his first in a really long time - the delightful "Original Yard Food". Something now which I'm very well focusing on from this album is just how immediately PLEASING it is. You can dig into music in terms of its subject (and if you know what I do, then you know I LOVE to do that), but there is a way you can enjoy  this album without even approaching that type of extensive listening. Should you choose to do that, however, YOU will have an even grander appreciation from a set which is just as satisfying as it is gratifying. 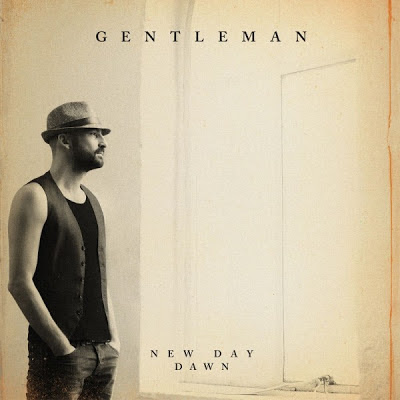 
Superstar, Gentleman, took a very lonely course alone in putting together his latest masterpiece of an album, "New Day Dawn". The typically very 'sociable' artist didn't enlist any help from other artists or big named producers and, instead, decided to supervise every element of the album himself. Early results and indications were that he'd made a good decision and while I still wished that he tapped at least one combination - as we’ve gone along, "New Day Dawn" has only grown and grown and quality. Yet, from someone as proficient as is Gentleman, that is a quality which really should come to no surprise. I'm still playing this one and I might always still be, but I think I hear special in here somewhere and I am going to find it. 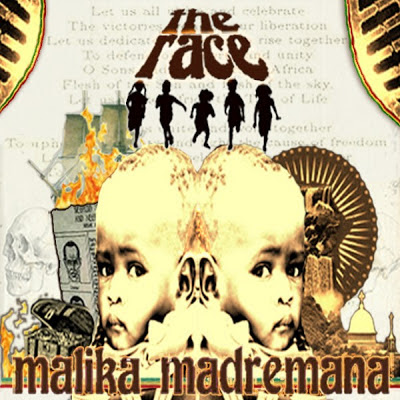 
With the exception of the third entrant on this post, "The Race", the new and third album from the dazzling Malika Madremana (from whom we received a very nice message!) has been the album here which has taken the lion's share of my attention. I reviewed it at a very solid number, but I think it's even better than what I gave it credit for being. It's just such a DEEP piece and one which is basically FOOD for an over-thinker like myself. An easy future subject of a Rewind post, this race is one recommended to marathoners only. Sprinters need not even show up at the starting line. 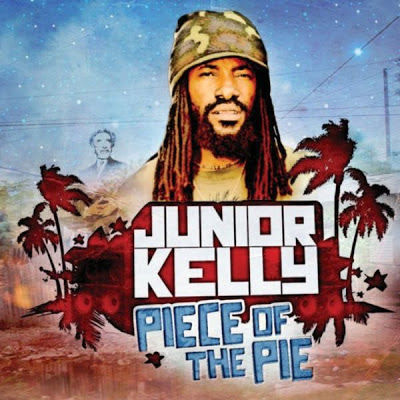 
Though not at all spoiled, some of this "Piece of The Pie" from veteran Junior Kelly was definitely a familiar recipe. The major story here, at least for me, was that the Al.Ta.Fa.An produced set was low in the area of new material and was, instead, a kind of a compilation of tunes pieced together from Kelly's output for the label over the course of the past few years or so, with a few newer, yet still fairly well known, songs dashed in from other labels. The results certainly were not a BAD album and, as a whole, it may've been one of his better releases, but a few more surprises and twists and turns would have easily saw this one to even higher levels. 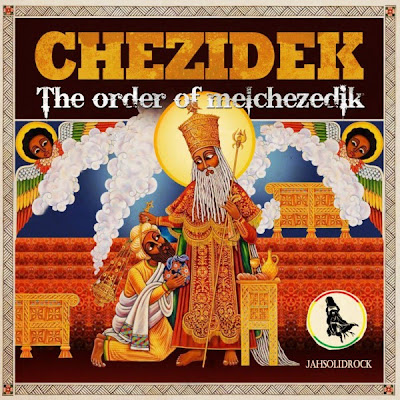 
Much like "Be Strong", Chezidek's latest album, "The Order of Melchezedik" for the scintillating JahSolidRock, had rather large shoes to fill and, also just like that album, it did so glowingly. Obviously it is the case that the extremely gifted former Xterminator resident has found yet another stop where he has immense chemistry with the label and through two albums now, it has been a point which has been perfected. The first was a genuine classic and its followup is also well on its way - "when the rain come falling". 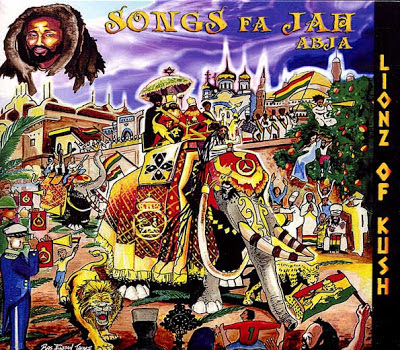 
Remember this one? I didn't expect "Songs Fa Jah" by VI veteran Abja to receive a great deal of attention, but I hope that it gets more than its gotten thus far. My first time REALLY digging into the music of Abja was an impressive experience. Every tune, like the concept of the entire album, had a particular point of interest. The name of the album told you exactly what to expect - [a dozen very good] "Songs Fa Jah". 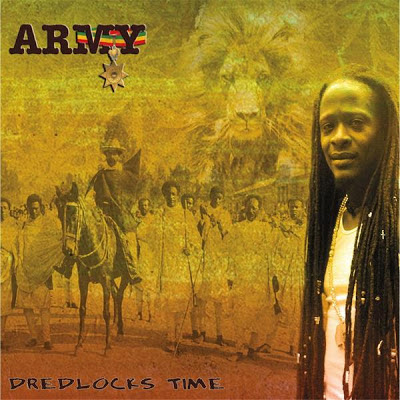 
Like the album I just mentioned, Army's "Dredlocks Time" was part of a very impressive quartet of releases from Higher Bound Productions, which also included sets from Midnite and Ancient King. Compared to all of the rest of them, however (and I loved that Midnite album), Army's piece reigned supreme. A project of great depth and detail, while still very sonically pleasing, this album, to my opinion, is a must have for 2013 and should be very later this year when compiling 'best of' lists. Also, I should well say that "Dredlocks Time" is another piece here which has 'legs' and you shouldn't even be close to making up your mind about how you feel about it from your first listen. 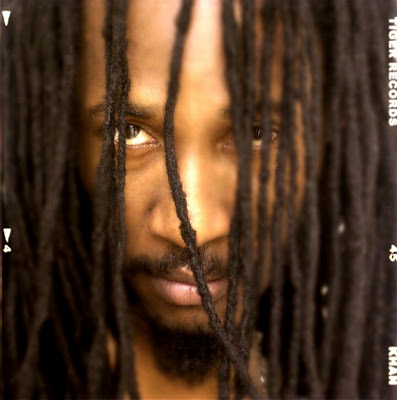 "Much More To Life" by Norris Man [Tiger Records]


I've had a great deal of fun listening to the latest offering from Norris Man via Sherkhan and Tiger Records, "Much More To Life" (I always have an album which kind of helps me write other things and right now that album is "The Race" which followed this one) and it continues whenever I pick it up again these days. What stands out now, on another album which probably should get rewound one of these days, is just how lyrically strong it is. Norris Man is someone who can be quite polarizing because he kind has a very unusual style and he isn't always perfect with it. However, as I've said in the past, when you can find him in a good form, the results can be fantastic. Want an example of that??? Pick up"Much More To Life". 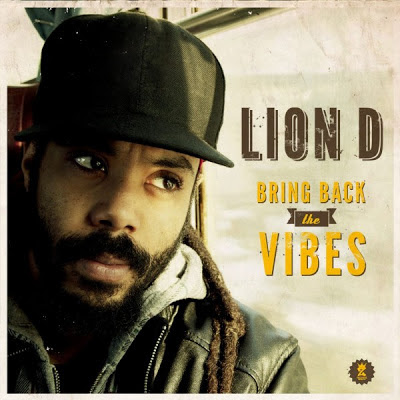 "Bring Back The Vibes" by Lion D [Bizzarri Records]


It has been really nice to see not only how much a positive response "Bring Back The Vibes", the super sophomore set from the outstanding Lion D for Bizzarri Records has generated, but how much attention it has gotten, in general, as well. Having had really high hopes for this project, and still being impressed by it, personally, has been a big thing because, as I said before, I kind of feel vindicated. I knew from his debut, "The Burnin Melody", that Lion D's was a talent that was MAMMOTH and to do it on a single album is one thing and can kind of lead one to think of a fluke or such a thing. But it's no coincidence or accident or circumstance of LUCK when you do it again. The Lion smashed all possibilities of that when he brought "Bring Back The Vibes" and I'm now looking forward to having him making music on these high levels for DECADES to come! WHAT! BOOM! 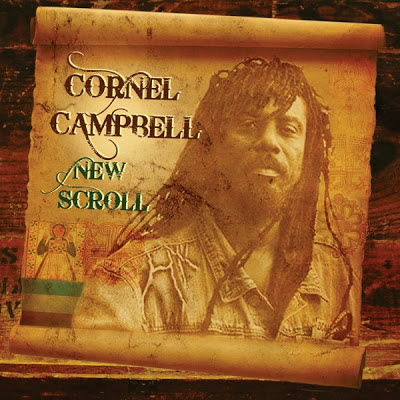 
And finally, I've already been playing a bit with an album which is just a month off now, yet another addition to the Zion I Kings library through Zion High Productions, "New Scroll" from the beyond-adjective and golden voiced Cornell Campbell. So far, of course I'm impressed (BIG tune called 'Seek Jah Love') and I'm sure I'll continue to be and, again, I've so enjoyed seeing a nice push behind this one and the results are sure to make it all worth it.