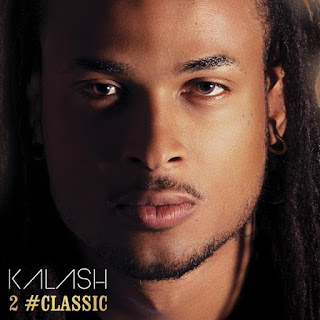 
First up today is definitely an album which is already enjoying a very successful run reportedly as burgeoning star, Kalash, from out of Madinina is back with his official sophomore set (though his wildly popular self-titled debut may've been released and re-released several hundred times) and he's already proclaiming it a future classic as well, "2 #Classic". The album has been receiving a great deal of buzz, as you would imagine, largely based on a WICKED single by the name of 'Sound System' which features Tairo and superstar Admiral T and if you ask me (and you do because you're reading  this now) a later track by the name of 'Ring Di Alarm' (and 'Trop Iwen') ('Libéré Yo' too) also has a great deal of star-quality and potential. On the whole, it appears as if the second album is a bit more toned down in terms of mood than its predecessor, but Kalash's is a talent which is well on the rise and he figures to do a major damage with some of the more Zoukified efforts here as well. I'm still working my way through it, but so far, it's damn impressive and well worthy of the wait. 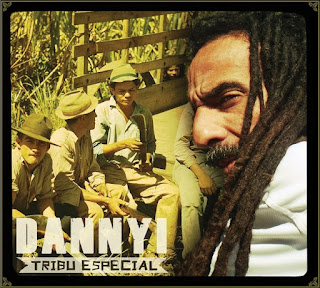 "Tribu Especial" by Danny I [Till The Soil Records]


Next we have an album which has been bubbling beneath the surface for awhile now (dating back to late last year, actually), "Tribu Especial", the latest and fourth (by my count) release from VI standout Danny I. The album has the distinction of actually being the much and long rumoured (predominately) Spanish language debut by the sterling vocalist and comes via Till The Soil Records with some type of input from both I Grade Records and the flamingly active Higher Bound Productions. Just recently Danny I also made his presence known as a part of the MAMMOTH Songbird Riddim, where he had the single best tune in my opinion in 'I Know', so I was well looking forward to what he might do next and here it is. "Tribu Especial" features thirteen songs voiced entirely in Spanish (including 'Tu Confusion', from his last album, "To His Majesty") (and another in 'Recuerdo De Ayer', which was on his second album, "Unchangeable") and a single piece in English as well, 'Without You JAH'. That song is golden!

Give up on my aspirations and all my goals in life -
SINCE I'M HAILING RASTAFARI NAME, THEY'VE BEEN MAGNIFIED TEN TIMES!
Though I'm sitting at a crossroad and there's no sign of relief
Just call out Rastafari name and here comes my release 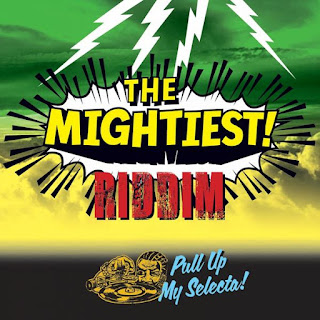 Frenchie and co. at Maximum Sound continue what has been a torrid pace over the past year or so with EXCELLENT riddims by adding another fine composition to the lot, the Mightiest Riddim. These tracks tend to come in with a bit of an old school flair and this one is no different in that regard - it has a great deal of classic charm to it and that comes through with the wonderful assemblage of vocalists Maximum Sound taps to voice the Mightiest. To my opinion, Tarrus Riley and Mr. Vegas take top honours on the track with their tunes - 'Life's Story' and 'Mighty God', respectfully. But everyone here does well and Exco Levi, Anthony B, Fantan Mojah, Lukie D and Ikaya round out this very nice release. Pick up the Mightiest Riddim today. 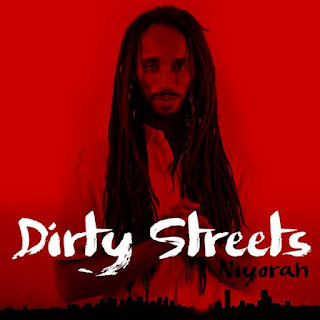 [Not so] Quietly VI star, NiyoRah has been having a very strong year and is, hopefully, building toward an album release later this year or early in 2014, until then however, you can enjoy a very strong stretch of singles from the chanter, one of the latest comes via West Coast Studios from out of Morocco (also did a fantastic song called 'Vampire Slayer' by Ras Attitude and Batch last year). This song is definitely on the hyper side, which has never been a problem for a NiyoRah (who can really do just about anything these days) and it comes with more than a little flames as well. So check it out today. 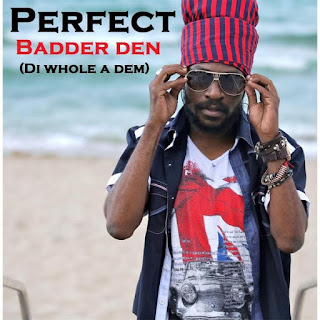 
Someone else who is also, presumably, peaking these days is Perfect Giddimani who also has a new tune worth checking out, 'Badda Den'. This piece comes via Lion Blaze and Sick Music Productions and though it is somewhat Hip-Hoppish, which isn't necessarily in my tastes, it does have a quality (certainly revolving around the exciting and volatile unpredictability of its star) which kept me interested as well. 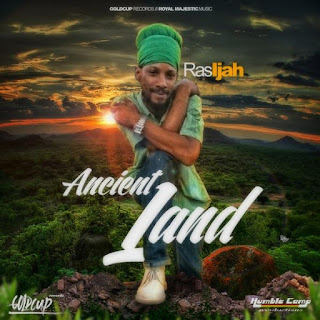 
Another big tune here (maybe the single biggest of the singles on this post) comes via veteran Ras Ijah who talks about the 'Ancient Land' with Goldcup Records. Apparently this is the first tune ahead of an album that the chanter is doing for the Italian imprint. It also, apparently, features the work of Royal Majestic Music and Humble Camp Productions from out of the US. Ras Ijah is someone who has always had a substantial amount of talent and if you haven't been the biggest of fans of his, 'Ancient Land' is an excellent place at which to become acquainted. BOOM! 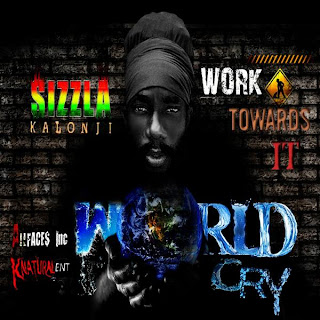 'Work Towards It' by Sizzla Kalonji [Allfaces Entertainment Records]


Sizzla Kalonji (new album, "The Messiah", in stores now) also has a new tune coming via Allfaces Entertainment Records, by the name of 'Work Towards It'. I am not overly impressed by this tune, but it does have a decent sound to it. So check it out and you'll probably enjoy it a lot more than I do (I do REALLY like the cover, however). 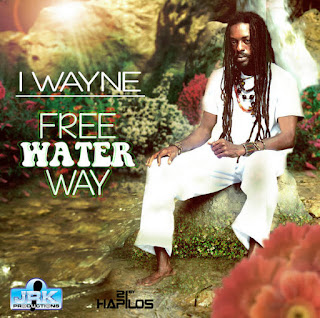 
Most surprisingly is a tune which has been getting a great deal of attention lately, despite the fact that it may actually be more than a decade old at this point is 'Free Water Way' by the enigmatic I Wayne. I may have actually heard the lyrics of this tune prior to hearing 'Can't Satisfy Her', but I guess it was a matter of being a lyric which he had done and a tune which he performed, but had never actually recorded, at least not professionally. Ironically it finally does come to life via the same JRK Music which has been spurring on the latest MAD [!] streak of Mad Cobra. Unsurprisingly, given the work of JRK, 'Free Water Way' is a well amplified version of the tune and it isn't bad actually. I always did like the song in its original form and hearing it get a proper opportunity to shine is a good thing for a song which has 'traveled' the way this one has. 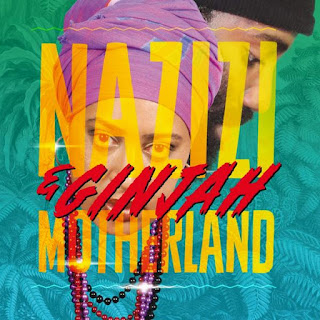 
And finally on the radar this week is an album, "Motherland", which links Reggae standout, Ginjah (…anytime now Ginjah), with Nazizi from out of Kenya. I've known of Nazizi, but I've known of her as a Hip-Hop artist, and I knew the two had linked, but I didn't know it was to lead to this album, so it did come as a surprise of sorts. I just think that such a project is a really good idea and while I haven't had the opportunity to work my way through it just yet - apparently it's good enough to get Cassaruby's attention and he has good taste. I'll definitely get around to it, but don't wait for me (I almost never know what I'm talking about anyway), beat me to it and check out "Motherland". 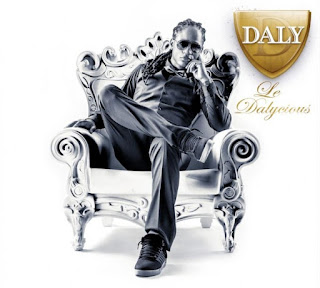 
And lastly (I mean it this time) is veteran Dancehall DJ, Daly, also from out of Martinique, who is set to deliver his long awaited next album, "Le Dalycious". This one has functionally been in the making stages for the past couple of years or so and it happens to arrive at a point where we are now set to receive albums from Kalash, Daly and Saïk (as we told you about from last time) in the matter of about a three week span (Mighty Ki La???). While it remains to be seen what direction Saïk takes, as for Daly it appears that he's attempting to make up for lost time as "Le Dalycious" features no less than TWENTY songs, almost half of which're combinations and Daly turns it up in who he voices with. Appearing on the album are the likes of Admiral T, E.sy Kennenga, Valley, X-Man & Kalash (on the same tune) and even, still, my favourite Zouk singer on earth, the sweet divinity that is Kénédy [BOOM!]. I was never the biggest fan of Daly's but he has had tunes recently, 'Rèspèkté-w' (on this album) in particular, which have forced me to at least think about changing my mind on that, so I'm well looking forward to this set.