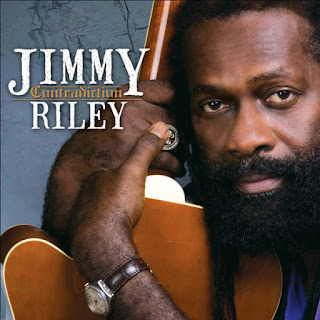 
Veteran Jimmy Riley is set to return with a big and brand new album via Chiney K Productions, the much talked about "Contradiction". The album, which is distributed by VPAL, has already been generating quite a buzz and I've personally been so happy to see that his latest project has already been so popular prior to its release. Of course the older Riley is the father of Reggae supernova, Tarrus Riley, who appears on his father's new album ('Ruff Seas', big tune) as do Fantan Mojah, Half Pint and even Sizzla Kalonji. I have a really good feeling about this album and fully expect it to be very strong at least, so definitely pick it up when it reaches. 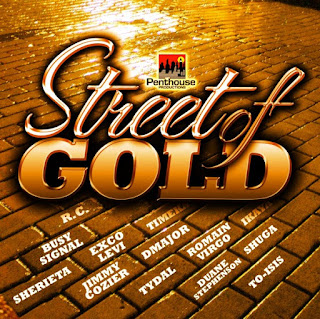 
In next is the official releasing of a project which has been doing a major damage for the past month or so - the latest creation of Donovan Germain and company at Penthouse Records, the BEAUTIFUL Street of Gold Riddim. It is such a release which  you expect from someone such as Penthouse, so while it came it to no surprise, it definitely came with a significant amount of MIGHT and has continued to make a big impression on the masses. The laidback and golden track perfectly underpins the likes of Busy Signal, Duane Stephenson ('Rasta For I'. big tune), Romain Virgo, Timeka Marshall, another Rising Star in Shuga with a big praising tune not to be missed, Exco Levi and others. 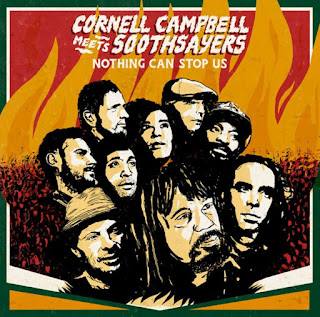 
As I alluded to (or at least I think that I did) in reviewing his latest album ("New Scroll", in stores now) that wonderful project wasn't the only new set in the offering from the legendary Cornel Campbell. He had also forthcoming this piece, "Cornell Campbell Meets The Soothsayers", forthcoming with the UK band… The Soothsayers (DUH!). This album, like "New Scroll", also appears to take advantage of the mixing of generations, although in this case, you may say that it takes an even more decidedly old school turn and fans of Campbell surely won't mind that. It also pronounces this even more by including a classic 'Jah Jah Me No Born Yah' as well. Like the first entrant here, I also have a very good feeling about this one as well and I may also slap a review on it when it reaches. Don't wait for me, however, pick it up as soon as you can. 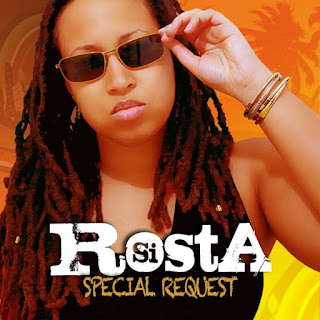 
I hadn't heard the name Sista Rosta very much recently, but apparently that was because the French Dancehall veteran was very hard at work on her debut album release [FINALLY], "Special Request", for Angry Stuff Records (who has done a lot of her stuff to my knowledge and my have signed her, actually). Rosta may not be the most well known, but pretty much every time you really tune into what she's doing, she manages to impress and hopefully her album continues that streak. Judging from the clips, it appears to be a mix of Dancehall and Roots and there're a pair of tunes from each arena that most have piqued my interests. 'Africa Must Uprise' sounds exceptional as does the album's only official combination 'Music', alongside Patko. 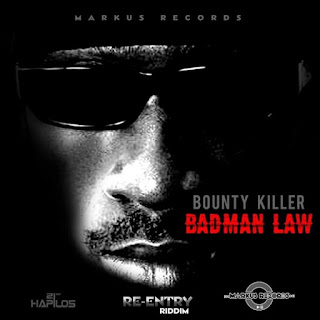 
Grrrr! Bounty Killer is back with another big tune on the increasingly wicked Re-entry Riddim (current leader of the pack of Dancehall tracks from this year in my opinion) from Markus Records and he is explaining the 'Badman Law'. When The Killer is in a good form, he has this almost addictive style which is perfect 'getting angry' music and while this tune, despite its name, isn't as angry as he gets, it's still a very colourful piece and yet another fine effort across that golden riddim. 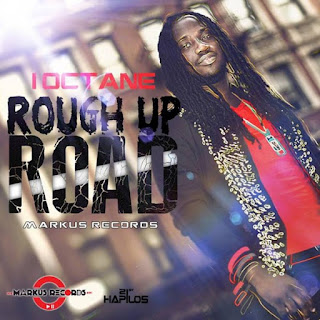 
Also forthcoming via Markus Records is a compiled EP release from the constantly flaming I-Octane, "Rough Up Road". The release features six tracks, most notably 'Badmind Dem A Pree' and 'Double Trouble', both alongside Bounty Killer. There's also 'Do Rough Road', the WICKED 'Nuh Trust None' and Octane's own cut of the Re-entry Riddim, 'Try Offa Mi'. If you lost track and want to catch up with some of Octane's output, especially for Markus Records, this figures to be as good of a place as any to catch up. 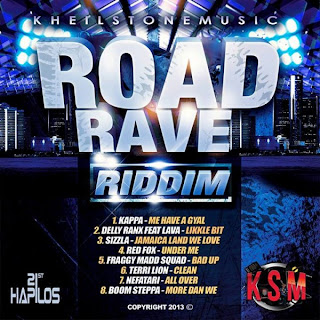 
Back with a new track which is a far cry from their last composition that I recall, the Voyage Riddim, is Kheil Stone Music who serve up a piece which, despite its title, isn't a Soca track (although there was a Soca track of the same name), the Road Rave Riddim. Though I may not be (am not) crazy about every single tune on this riddim, there is something very attractively old school about the Road Rave Riddim which is taken advantage of by the likes of Delly Ranx, a very clever Red Fox, Sizzla Kalonji and others. 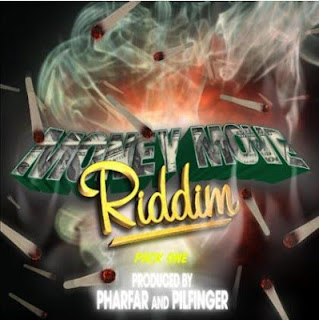 
Finally coming soon this week is the latest from a label I don't recall hearing from anytime recently, Food Palace from out of Denmark. This piece has a heavy Hip-Hop influence, which means that it isn't necessarily something for me, but something which definitely is for me are some of the names on this track which includes the likes of Anthony B, Cali P, Aidonia, Echo Minott, Kenny Knots and, of course, Jah Turban. 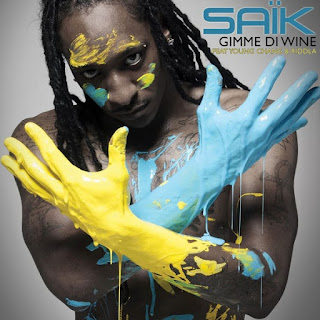 
Okay, this tune is nice. It is infectious and catchy and everything that you'd expect from a single off of a Dancehall album and that's what it is. What it is that catches my interest, in particular, is that the album from which it is a single, "Second Soufflé", is one that I've now been waiting on for two or three years - from Gwada lyrical firebrand, Saïk. The album now has an official release date, July 8 (which seems fairly soon), and I am WELL looking forward to it now. This song also features Young Chang MC (no surprise at all) and Riddla and I'm really looking forward to what happens here. Saïk has basically been releasing singles for the past couple of years and I'm curious to see if some of the earlier ones (especially 'You & Me', because it was fantastic, have made the final cut). So hopefully it isn't another delay and one of the Dancehall's most talented delivers his sophomore set. 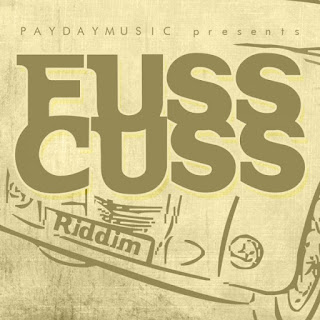 
The Fuss Cuss Riddim is a redo of the… do I even have to tell you which riddim??? - via the wonderful people at Payday Music. I was also quite sure that this had already been released, but it is up now and available. It goes without saying (though I'm going to say it anyway), that the Fuss Cuss is an excellently old school vibed piece and features some very familiar pieces from some, fortunately, more than capable names. In only six vocals, you get pieces from Bounty Killer, Buju Banton, Linval Thompson, Sizzla Kalonji, Mad Cobra and Alaine (excellent song she has with 'Rub A Dub'). Though several known pieces, it's still worth checking out and another nice release from Payday. 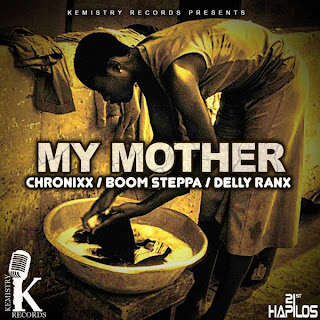 
'My Mother' is an excellent song from the burgeoning Boom Steppa, veteran Delly Ranx and all kinds of scalding Chronixx, giving thanks and love to the most wonderful person in the world, Mama! 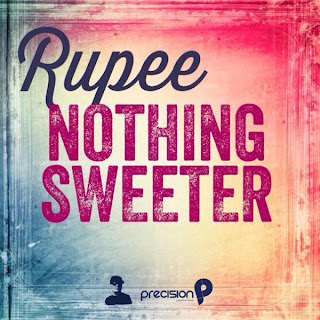 'Nothing Sweeter' by Rupee [Precision Productions]


And finally this week is my Daughter's (biggup my Daughter) current favourite song, 'Nothing Sweeter' by Bajan star, Rupee. This tune, like so much good Soca these days, was helmed by the amazing Precision Productions and even though Rupee has been on a very good streak over the past three or four seasons or so, I feel very confident in declaring 'Nothing Sweeter' one of his finest in recent years still. It is big, bright and infectious Soca music and most certainly not to be missed.

Digital
Posted by Achis at 1:25 AM