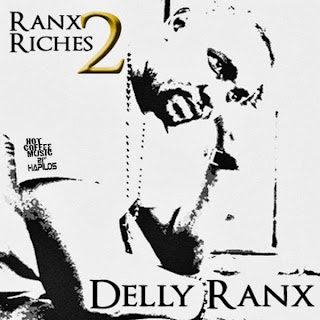 
Along with dealing with his own most recent album release, the very strong "Shining Hope", UK star Gappy Ranks and his Hot Coffee Music imprint are also busying themselves with "Ranx 2 Riches" which is a new EP from Gappy's good friend, veteran DJ Delly Ranx. To my knowledge, there was nothing which really set this one in course. Instead, the project seems to be a compilation of tunes Delly has done with the label over the past few years or so - and there's nothing wrong with that. The six-tracked release includes nice tunes such as the clever 'Not Just Another', 'Badmind Ahgo Kill Dem' and the winning 'Mean Man'. Of course you start to think about the possibility that Hot Coffee might, someday, do a full album for Delly or, even more interesting, a combination album of Delly/Gappy. WHAT! 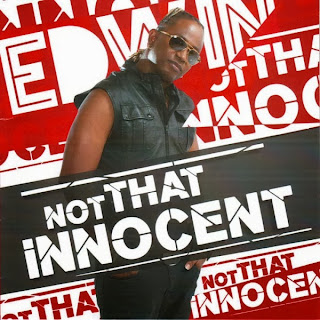 "Not That Innocent" by Edwin Yearwood [Rhadika Publishing]


Bajan Soca star, Edwin Yearwood, is back with another solo effort for the 2013 season - so if you didn't pay much attention to his work this year (or if you did and you really liked what you heard), you may want to pick up "Not That Innocent". So what, exactly, did you miss? Yearwood, as he almost always does, brought in some stellar material and you'll find just about all of it here. Check the title track, 'Last Man Standing', the jabby 'Miserable', 'Going Crazy' and my personal favourite, 'Come and Get Em'. Probably one of the best Soca albums of 2013. 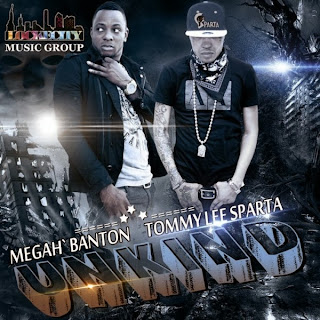 Grrrr! Well underrated veteran, Mega Banton, teams up with the always interesting Tommy Lee and Lockecity to be 'Unkind' to the people on one DAZZLING song. Mega Banton is someone who, when at his best, has a largely unapproachable type of talent and anytime you can point him in even the general direction of a good form, the results are BIG. So while the dark and grimy 'Unkind' is definitely in Tommy Lee's specialty, both DJ's do something serious ["serious time but a nuh no Gyptian"] on the shot of adrenaline. 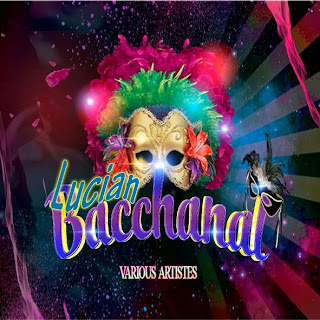 
Though, with mighty reason, it is usually Studio 758 which most immediately comes to mind when you think of St. Lucia Soca music, a big credit also has to go to Stratosphere Muzic who also had an excellent season in 2013 and figures to have more in the future. To celebrate it all, the label has assembled a two-pronged compilation, "Lucian Bacchanal". At the center of it all is, of course, Stratosphere signee and probably still the most popular Soca star from out of St. Lucia, Ricky T whose Groovy Monarch taking tune, '40 Days, 40 Nights' is present here on Vol. 1 and on #2 is 'Mass Attack' which won… everything. else The song would take both Power Monarch and Lucian Road March (the eight-hundredth time Ricky T has won those titles). Joining the pressure boom [WHAT!] is his brother, Ambi, who also signed with Stratosphere, Mongstar (him too), Mari-Anne (guess who she's signed with???), Superman HD (who won Lucian Monarch last year) with my favourite song on either edition, the ridiculous 'War' and veterans Kakal, Platinum George and the kraken, QPid. 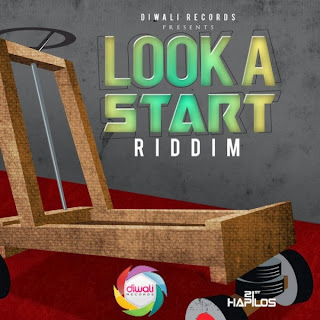 
One of my favourite songs from the brilliant Agent Sasco from a little while back, 'Look A Start', gets an official releasing courtesy of Stephen 'Lenky' Marsden and his Diwali Records imprint as half of the riddim named after it.

Carrying the other half of the riddim is Richie Spice with the beautiful 'Hungry Time' and while you would definitely want more here (even a little more), what is present is damn impressive. 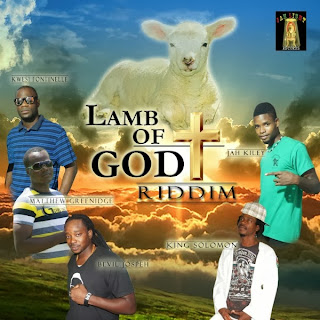 
The wonderful people at the always active JahLight Records are hard at work again and this time they're back with the Gospel-ish Lamb Of God Riddim. Here, JahLight star, Matthew Greenidge and label staple, King Solomon, lead an impressive group of up and comers which also includes Jah Kiley, Bevil Joseph and Kwesi Fontinelle (who, at least in my opinion, has the best song on the riddim with 'Never Never'). Over the past couple of years or so, you've definitely come to expect fine output from JahLight Records and to absolutely not surprise at all, the Lamb Of God Riddim is yet another stellar piece of their fine catalogue. Check it out today. 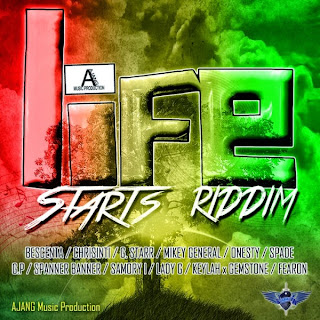 
Check the lovely latest from Ajang Music (biggup Tyrical), the Life Starts Riddim. Something very interesting caught my EYE on this one as far as the vocal talents. Though you won't find the biggest names in Reggae music here, you will find a very solid and colourful variety of names which may not appeal to more casual fans, but will definitely do so for more passionate listeners. Mikey General leads the way and is on board with the likes of Lady G, Spanner Banner, Bescenta, Chrisinti, sweet singing Onesty with the title track and others. As for the riddim, the Life Starts is a SWEET composition which plays a perfect background for a variety of different types of songs, but obviously love dominates here as it does everywhere it is present. 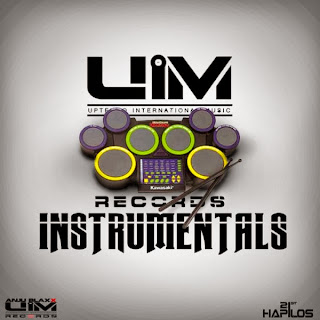 
Though you may not find instrumentals on the riddim albums that we've mentioned thus far, you'll find them all over "UIM Records Instrumentals" which is, as the title would suggest, a clean display of the music from UIM Records [bka 'the people who make most of Tommy Lee's music']. While UIM kind of gets the same dark reputation that Lee readily welcomes, they've also made some diverse material which you'll find here in the form of the Jouvert Riddim and the Zouk-ish 4 Play. And though the Psycho is here as well, taking top honours for me is definitely the pounding Fry Yiy. Especially for the digital side, I love ideas like this so biggup UIM and…. 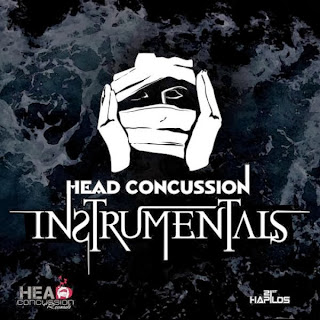 
Biggup Head Concussion Records who is doing the same thing with "Head Concussion Instrumentals". This album has even more diversity and is, really, all over the place. But again, I do love things like this which are a nice changeup and probably helpful to quite a few people. Probably the biggest drop here is the acoustic forced Beach Front Riddim which is best known for having carried Kartel's hit 'Virginity' from a few years back, but the best thing Head Concussion ever did in my opinion, the Boom Riddim, can also be found here as can the Fearless and the ridiculous Cure Fi Badmind, respectively. 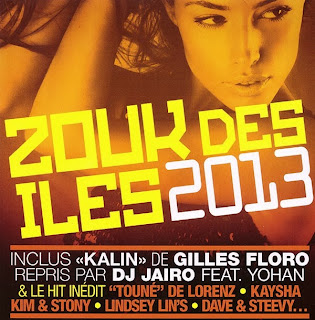 
And finally we go from something "Zouk-ish" to actual Zouk music with the latest edition of Shark Entertainment's increasingly impressive "Zouk Des Iles" compilation. You pretty much know what to expect here: Really BEAUTIFUL (like overly beautiful) Zouk music from some of the biggest names in the genre. This time around while not many of my favourites are on the album, I was very happy to see Lindsey Lin's. You'll also find KIM, Kaysha, Lynsha alongside Kalash [KABOOM!], Methi'S with Vj Lou, Laura, the delightful Jennifer Dias and more.