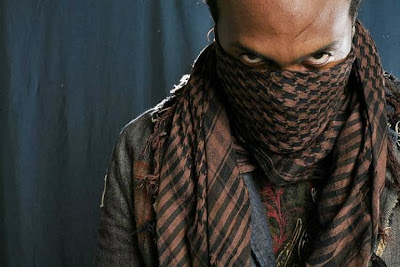 2013 has been a magical one for a number of different people and one who has very well played a role of musical magician already, and figures to continue, has been veteran Trini Soca star, Bunji Garlin. Known as being, far and away, the leading craftsman of the art of the spoken word in frenetic genre, Garlin has strung together a showing this year which can be placed as one his best - and if you know what he's been doing up until this point, you know just how grand of a statement that is. Bunji Garlin, consistently, has been one of the most dependable and excitable lights on a 'stage' which has been short on neither in its relatively short history. He's also maintained a relatively consistent album release schedule (particularly for Soca music, where, at least to my knowledge, the only of his contemporaries who has as many is Machel Montano who has released at least one album a year from when he was a small child) and, to date, has already had NINE to his credit. With, potentially, his most lethal (and popular) on the horizon, we take a look back and dive into, quietly, one of the most colourful catalogues in all of music. Discography: Bunji Garlin 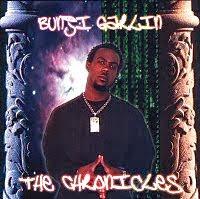 Gimme. Despite the fact that it is, by no small margin, the worst album you'll find on this list (and I think your first album should be your worst) and it always takes me a very long time to find it when I am looking for it, Bunji Garlin's debut set, "The Chronicles", is one of the coolest pieces that I have in my collection. It is atrociously difficult to find these days and will almost certainly remain so and having an actual copy of it (and its strange cover, handwritten liners and Bunji's fur hat) is a very nice touch. As for the music here, by comparison to the rest of the releases you'll find here, "The Chronicles" wasn't very good. But on its own merits, it certainly wasn't horrible. The album would carry memorable tunes such as 'Gimme The Brass', the hilarious and infectious 'Chinee Girlfriend' (which followed an even funnier interlude), a live version of 'Sen Dem Riddim Crazy' and 'In The Mood', alongside Soca royalty, Alison Hinds. The album was, essentially, a LOUD Dancehall release and an introduction to Garlin, but it did have its moments. 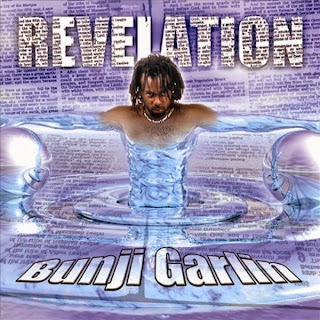 Crossing. Between albums one and two, Garlin's star was well on the rise. 2002 would not only see him take his very first Soca Monarch crown but he would also return with his sophomore set and, in doing so, it would actually link the Soca star with the biggest Reggae label in the world, VP Records, who would take care of the "Revelation" album. This album is... Just kind of strange, because you can clearly hear that VP packaged Garlin's style for the type of crowd who typically would pay an interest in their music - Reggae fans. The results were just as odd. Again, however, "Revelation" was not a total loss either. The album would feature 'Down In The Ghetto', which would net him the aforementioned Soca Monarch title, and other leaders such as 'Hands Up', underrated Dancehall SMASH, 'Wow' and definitely the album's most recognizable track, the scathing but necessary 'Licks'. 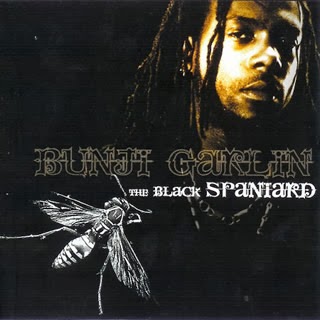 
Oily. The "The Black Spaniard" album, wonderfully, has remained quite popular through the years and though it is difficult to find these days (because Bunji Garlin doesn't seem willing to follow the likes of Montano and Destra Garcia and Shurwayne Winchester and empty his entire catalogue on the digital side), more passionate fans still hold it in the high esteem that it deserves. Along with being, in my opinion, the first GOOD Bunji Garlin album, "The Black Spaniard" really just showed the first large level of progression in Garlin and really its music would lay the foundation from who we hear today at his absolute best. It was highlighted by tunes such as 'Soca Bhangra', alongside Shammi, 'By De Bar' with 3Sun, the brilliant 'No Apology', a song which was one of the first of many standing up for Trinidad music and its stars from Garlin, 'Wishful Encounters' and 'Dread Presidents' (on the Tempted To Touch Riddim). Still, "The Black Spaniard" should be best known as having carried the MAMMOTH 'Snake Oil' which is still one of Bunji Garlin's BEST and most popular songs - a decade later. 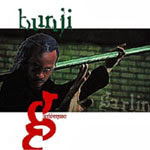 
Get on mad. "Graceful Vengeance" (great name) is an album which, along with "The Black Spaniard", really would lead into some of the biggest material of Bunji Garlin's and where he made a great deal of his reputation. It was also just a lot of FUN! This album was a bit less rigid than all of the pieces ahead of it and, even in its more serious spots (like the lyrical devastation that was 'God D Mid-Point') ["Pestilence is like a turbulence under the wings of my ascent. Like a bacterial nuisance, with a dark incense. With 100% offense"] [BOOM!] the intensity and the colours were still high and unforgettable. At its head, literally, was 'Warrior Cry', which would earn Garlin his second Soca Monarch title (and his first solo piece, after sharing the first with Iwer George) and more big songs such as the ridiculous "baddest combination since gunpowder and matches", 'Big 3', which featured Bunji alongside Iwer George… and a refusing to be forgotten Saucy Wow. The captivating 'Carnival Country' with Lil Bitts was also present as was the immortal 'Get On Bad' with the late Onika Bostic. All of that and more was far more than enough to make up for the sequel to 'Snake Oil' and then some. 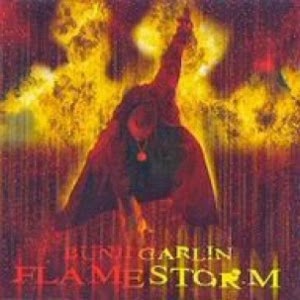 
Where the thing must go. Like "The Black Spaniard", the "Flame Storm" album was another monster. Arguably overloaded with tunes, the album is one of a few here which lay a legitimate claim as being THE single best album on this entire list to my opinion. It also happens to feature several of my favourite songs Garlin has done through the years as well. The well underrated album opener, 'Return of The King', was a HUGE song and it was the first of many. Also on board were 'The Islands' which was a combination featuring Garlin alongside his cousin, major future star Patrice Roberts. Things remained in the family with 'Send Dem' with Fay-Ann Lyons and appearances were also made by Shurwayne Winchester and even El-A-Kru front, the DELIGHTFUL Tizzy, who guested on 'Doctor' (on which his verse is, easily, one of the best I've ever heard from anyone). Other big tunes included 'Put In The Thing' [where the thing must go], 'Doh Play With Me' and bonafide hits 'Right Now' and 'Blaze It Up' (Soca Monarch #3). 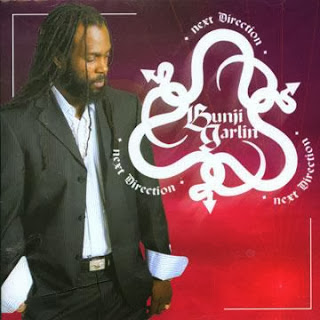 
Attention! In retrospect, the "Next Direction" set, as its title would indicate, was from a year where Garlin took things in a bit of a different direction. It wasn't the kind of high-tech performance of his two previous years and was focused in a different way. The biggest indication of this was DEFINITELY 'Yuh Mad Or What' which was a slap at, of all people, Reggae singer I Wayne who once referred to Soca as "the devil's music". Again, it was Garlin standing up for Trinidad and Soca music and, if I recall correctly (and I usually do not), no one else responded this way, in song. There were fifteen other songs as well, two of them featuring Fay-Ann Lyons and 'Move With Us' was another 'Big 3', this one featuring Shurwayne Winchester and Machel Montano. The very popular 'Bomb Song' was also present as was the lyrically STUNNING 'Whatever' ["make blood cells re-configurate, if you wanna try pirate or confiscate"]. The solid social commentary 'Lick Down' was also found in this direction as were features from David Rudder and even the man from Moruga, Prophet Benjamin. Probably would have been a great album for VP Records to do (even though they also signed I Wayne that same year) but clearly it got their attention. 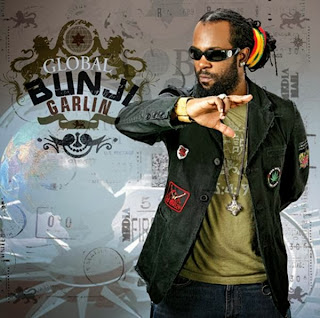 
Brrrt! Bunji Garlin's seventh studio album, "Global", was also his second for VP Records and, arguably, his most high profile album to date as well. With what is about to occur likely being a standing occurrence, "Global" was easily his best promoted release and with good reason - it was excellent. Though VP would certain obviously familiar moves in terms of the music on the album, like a combination alongside Reggae great, Freddie McGregor, the vibes on this album were a far cry from what was heard on "Revelation". They did not try to de-fun Garlin this time around and the results were gorgeous. 'No Super Hero', 'Pan and Soca', 'We Maniac', 'Globally' and 'Brrrt' were amongst the album-specific standouts here. And "Global" would also include previous releases such as 'Put In The Thing' and, fittingly, 'Get Up, Stand Up', a combination with TOK. 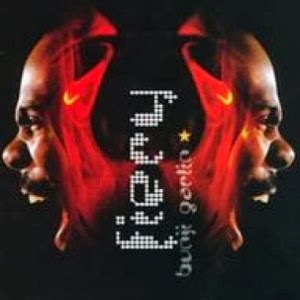 
The maestro. 2008 was a very significant year for Bunji Garlin. It was (amazingly) the last time he took Soca Monarch (the year he ROBBED his own wife, who would get her own title, two of them and the road, twelve months later) and he did it doing a song which, indirectly would pay a huge homage to Trinidadian music. The song would lead to an album, "Fiery", with the same name, and was a remake of a classic by the late Maestro. In his Monarch performance, Garlin would thrill by calling on relatives of Maestro and doing pieces specifically for his memory as well as in appreciation of Trinidad culture. All of that was behind what was a MASSIVE song and although this album wasn't my favourite, it's hard not to like it after that. It did have the easy, but nice 'Feeling', the thrilling 'Bad So' ["ME ALONE VERSUS THEM!"] ["ALL OF THEM"], 'Bad and Famous' on the Leggo Me Riddim and the Super Sonic (who has, wonderfully, consistently taken an interest in Garlin's music and even Fay-Ann's recently as well) produced 'Mr. Murder'. Again, definitely not the best album, but one EXTREMELY hard to forget. 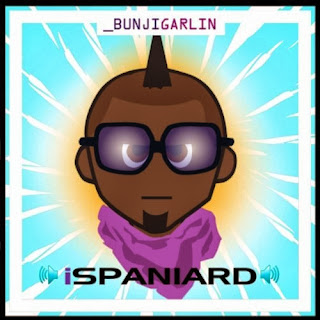 
A shift. During Garlin's 2012 season he would actually offer a glimpse of what was to come in the form of enough great music to pack an album such as "iSpaniard". The record was his first in four years and had been at least two seasons in the making I believe (a couple of years ahead of it, he spoke of his next album being called "I Am") and really just involved a few different, electric type of vibes and even a new haircut. Not missing, however, was still an unrivaled level of lyrical proficiency which shone throughout. There were also moments where CLASS took over on tunes such as 'Gift Of Soca' and the stone BRILLIANT 'iRagga', which, again, gave a real tribute to the music, itself. Another, more abstract, tribute was just how much FUN this one as well. Tunes like 'Tun Up', 'Born Ready', the Reggaefy 'Bam Bam', 'So and So', 'Go Hard', 'Runaway' with Kerwin Du Bois and DEFINITELY 'Mash Up' were exceptional (and the last of them was another song which really stood up for Soca music as well). The vibes here were intense, colourful and futuristic: With a light leaning towards the MAMMOTH sciences of 'different' which were to come in 2013. Probably my favourite Bunji Garlin album ever. 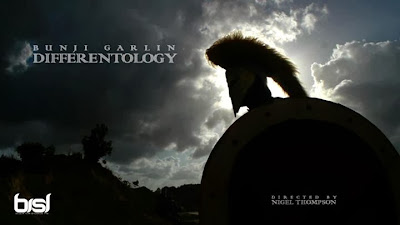