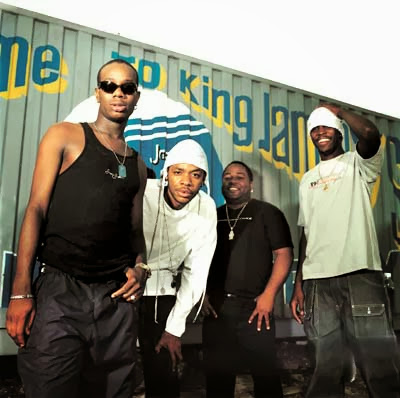 In the early 2000's the group, Ward 21, would help to inject a curious brand of much needed FUN in the Dancehall via their risk-taking and downright edgy brand of vibes. Collectively, Suku (who, if it is fair, history should look upon as one of the strongest Dancehall maestros of his era), Kunley, Mean Dog and Rumblood would link for the legendary King Jammy and grow to become one of the biggest names in the genre, both in and outside the studio. Their production credits includes what is simply one of the greatest Dancehall tracks of all time, the Bellyas, as well as several unforgettable others. On their own, they've also assembled a string of hits under their own name as well and have, for the most part, shined now through a quartet of album releases. So, today we take a look back at one of the craziest and darkest catalogues in Dancehall history. Discography: Ward 21! 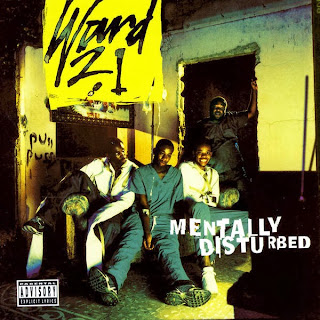 
Padded cell. Unsurprisingly, while Ward 21's more saleable and radio-friendly group counterpart, TOK, ended up signing with VP Records to orchestrate their debut album, the Ward would sign with the habitually more grimy Greensleeves Records which would handle their first two albums. THE first of them all was also, arguably, their greatest creation to date. "Mentally Disturbed" was a classic which has only gotten stronger over the years as it has accumulated a ridiculous amount of nostalgia. This set gathered many of the Ward's earliest of hits and while it may not have aged well, as a unit called "Mentally Disturbed", some of the songs on this album feature the group at its infectiously maddening best. It was unnecessarily violent and it was pointlessly dirty, but it was brilliantly so in both cases. Tunes like 'Bloodstain', 'President of Hoochie Land', 'Pain 21st  Century', 'Don't Push It', the fantastic 'Eyes Wide Shut', 'The Illness' and many others really came together what has to be regarded as one of the most fun Dancehall albums in recent memory. Elephant Man, ARP, Wayne Marshall and others featured. 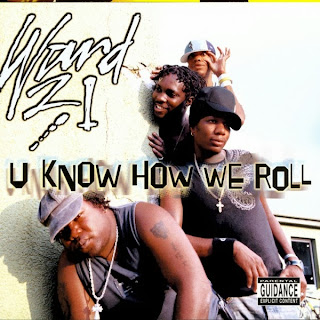 
Grrrr! Along with being an extension of its predecessor, the "U Know How We Roll" album was also kind of a streamlined version of it as well. While it was also extremely fun, it seemed as if Ward 21 had decided to put forth a more concerted effort to display SKILL. Ultimately, while I still prefer the first release, I think they may've done that precisely here. Because of that, we saw tunes which just wouldn't have fit well on "Mentally Disturbed", such as 'Reggae Pledge', 'Shotta To A Shotta' and even 'Something About Her' and 'Run Dis Business'. Still, it was a Ward 21 album which means that its biggest of moments usually involved something out of the ordinary. The biggest lasting piece from this album was probably the genius 'Rhyme' which… is really difficult to explain - you just have to hear it for yourself (as well as its sequel 'Crime'). There was also the craziness that was 'Nah Climb' alongside an up and coming Vybz Kartel, the HARD 'Badda Than Dat' with Bounty Killer and my own personal favourite, 'Petrol'. 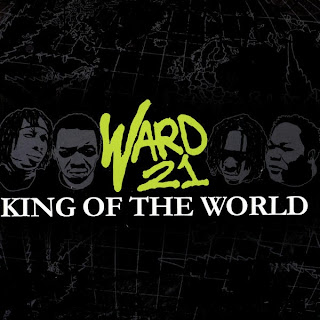 
Damn contracts. If I recall correctly (and I almost never do), Ward 21, like several others at the time, such as Kid Kurupt and Predator (neither of whom, even today, have ever released albums to my knowledge) and even Vybz Kartel later (who once threatened to change his name to get out of a recording contract) had grown upset with Greensleeves' release schedule (or lack thereof) and, again like Kartel would later do also, they proceeded to take their business east in doing an album which, initially, was only available in Japan, "King Of  The World". The album was nowhere near their best work and was kind of stale, even when it finally did arrive. Looking back, outside of the title track and 'Food For Thought' (which, coincidentally, chased it on this album) really stood out. "King Of The World" was not horrible, but it was nothing of the same ilk found on the first two albums on this list at all. 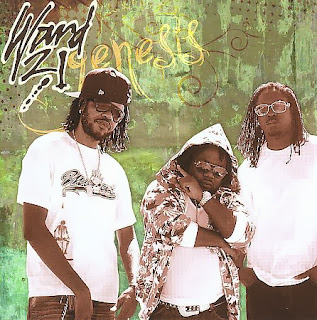 
Bloodless. Something very glaring stands out in regards to "Genesis", the Ward's most recent release from back in 2009 (anytime now)… someone was missing! In 2008-09, Rumblood left the group and Suku, Kunley and Mean Dog went forth with the rebirthing "Genesis". Looking back, while it is kind of cliché to say it, the album did kind of represent the next stage of Ward 21's existence. Even today, I'm not at all surprised when I see their work pop up on some random track from out of Europe or that a tour they did in the continent was very successful. It has definitely added another dimension to their career and, to this day, beautifully continues. "Genesis" was near the nascent stages of that and featured work with European producers as well as tracks from the Ward, themselves. While it may not be very popular these days, this album was very strong and pinnacled with the dark 'Funeral Spot’ alongside TOK. Tifa and Timberlee also stopped by, as did Ele. Not quite as good as their early work, but not very far from it either for what it was.
Posted by Achis at 12:13 AM