While you won't see the name Rob Symeonn dominating these pages and you probably won't see his name prevalent in many Reggae circles, the veteran looked to change that in early 2014 with the release of his latest album… and he was successful. Along with providing himself with what will likely stand (for a substantial amount of  time and maybe even all time) as his greatest album, Symeonn would also give a big shot to the year in Reggae music, as a whole. Despite the fact, as far as albums, the first quarter of 2014 has been as memorable as any other in recent memory, what Symeonn did easily rivals the best of it thus far and I'm virtually certain that I'll be saying the same thing in December (and if I'm not, the year will be something truly special). Today we take a look at exactly what was so powerful about this release as Rob Symeonn teamed up with Goldheart Music and Jah Youth Productions, for a potential classic and we Rewind! "Indigenous" by Rob Symeonn

TEARS! I can still recall the emotion of first hearing the opener from "Indigenous", 'Ithiopia'. It was this significant and eye-opening feeling of 'okay maybe this isn't just some decent album' and maybe it was something special. It would definitely live up to these standards subsequently, but where it started was just so high and so beautiful with this somewhat understated, but entirely ROYAL, selection. If you want to call it the best song on the album, that's fine, but even if I would disagree, I couldn't call it lesser than the album's second best offering altogether. And the riddim on this song was golden. 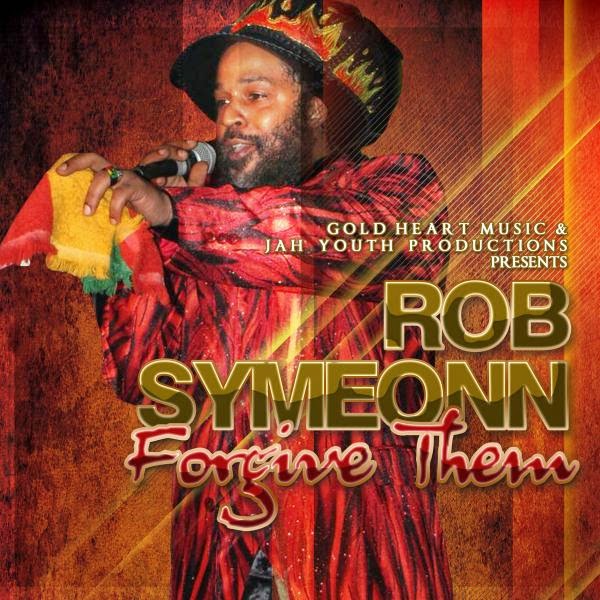 "Forgive them what they're doing
And all the trespasses they've done
This, I ask of You
For they know not what they do
So many cry, so many die -
On the battlefield
So many whipped, so many shipped
What a fighting and ordeal
PROPHETS CUT DOWN LIKE WEEDS -
All because of their evil deed"

From a sonic point of view, 'Forgive Them' is SPECTACULAR. It is EASILY one of the best such moments on this album (and would also be on most others) and it is something which I'm now appreciating more. Just a casual listen to this tune brings forth this very compelling type of vibes and I would LOVE to hear an instrumental of this one.

I've kind of taken the reverse approach to 'Day By Day' than I have in regards to its predecessor. In the case of 'Forgive Them', I've backed up and listened to the tune not too intensely and it has well opened up and allowed me to appreciate the most cursory (but SHINING) quality of it. As for 'Day By Bay', on the other hand, I've tuned into it a bit deeper and it, too, has unwrapped just a bit. These days what stands out as most glaring is the fact that this is one of the best written songs on this album. It covers so much ground with the spoken word (ground which you would not have noticed with a more simple listen). It is a love song. It is a social commentary. It is a look at relationships, in general. And so many other things as well and I think that Symeonn uses the prevailing concept, of being in a relationship as a metaphor for so many different aspects of life because of just how broad and wholly relatable of a piece that it is.

Similar to its predecessor in terms of how deep it is, 'Mama Said' is another tune that I've paid a closer amount of attention to recently. This song is about having proper behaviour and straightening out one's life and I think that Symeonn and Ragga Lox use the figure of "MAMA" as this dominant figure of goodness - as if saying if you are going to listen to someone it would definitely be Her. Beneath that 'umbrelling' (when you begin to turn nouns into verbs without even thinking about it beforehand, something special is happening) concept you get others such as anti-violence, unity and perseverance. A LOVELY song, but one which is best appreciated with a closer look.

I was and remain of the opinion that, in 'Tired Of Work', Rob Symeonn and company may have a future hit on their hands if they ever decide to push it up just a bit. When you link a kind of simple maturity and intelligence and responsibility with a DELIGHTFUL display, you leave the listener with a giant impression, which I am STILL fully enjoying today and hopefully I'm not the only one. 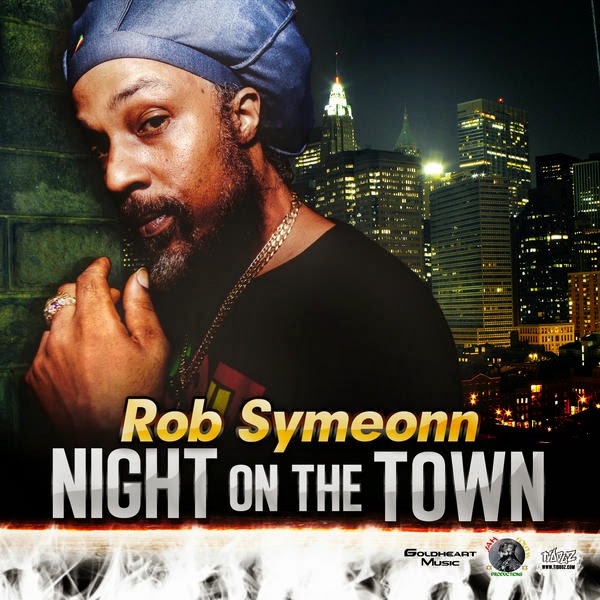 We can go down to Bermuda
Make an excursion to Aruba
Sit down and start to recline
Smell fresh air and feel the sunshine
A candle light, when it gets dark
A spliff it roll and it ready to spark
Underneath a nice palm tree
Feeling the breeze of Hawaii

An unshakable and candy-like chorus dominates previous single, 'Night On The Town'. It was life-changing or mind-altering material, but just an excellent song which was one of the easiest to enjoy on "Indigenous". 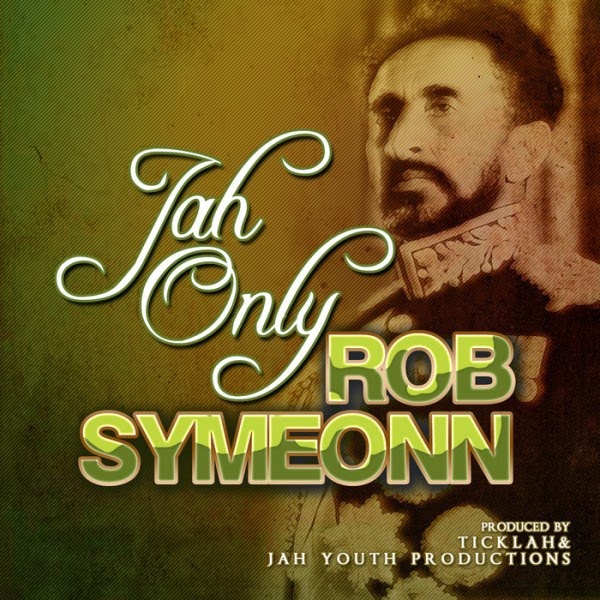 'Jah Only' was a composition that was absolutely saturated in old school charms and, from a musical point of view, it helped to make this Ticklah produced set one of the most memorable here. At its core, this was a song about dependability. Symeonn said that no greater entity existed to be depended upon that The Almighty and he did in such a delightful way that it made getting his point across so much easier. We often talk about how the display of a song should match what is being said and, in this case, with something so nice -- having found someone who will never let you down -- it synced up perfectly.

I've now come to the conclusion that, 'Life Is Precious', the best song on the whole of "Indigenous" to my opinion, is far too short! As the fourth shortest song on the album, it gives only a taste just how GIANT and INFECTIOUS it is in a time period considerably shorter than just three and half minutes. However, Symeonn does make the most of it by doing a composition on which he tells all to… make the most of it! Previously, I was of the idea that 'Life Is Precious' was of a stationary idea, but I now see it as a very evolving one. It isn't something where Symeonn says to be thankful for what you have and leaves it like that. He says to aspire to even greater, but the idea is to, before you go forward, make sure your foundation is solid. And how does Symeonn suggest you 'solidify'???

Dem wake up early, like a wolf when he search fi prey
The more you give dem, give dem -
THEY COME BACK RIGHT AWAY
But I'm steady going in the way that I'm walking
With Rastafari and the things that I'm talking
Woe be on to the wicked on
Jah Jah show us under the sun"

Keep a filter on the people that you spend time around (biggup Ickarus) ["MIND WHO YOU LIME ROUND, SPEND TIME ROUND, THE COULD BE THE SAME ONE THAT'S PULLING YOU DOWN!"] [WHAT!] [BOOM!] is the message behind another of this album's numerous highlights, 'Monkey Wrench'. This composition was another with a highly visible (and pleasant) old school 'heart', but one which brought a very crucial message right along with it and is not to be missed.

Although not my favourite song here, the Bluesy 'Seems Like' was not entirely devoid of quality. The tune was written, seemingly, on the dying edges of a relationship (which, of course, is the subject of every Blues song ever written) and Symeonn does well here. In retrospect, 'Seems Like' is THE changeup of "Indigenous" in terms of both sound and themes. It does fit in with the run of the most of the rest of the material here, but that isn't a bad thing as diversity and versatility reign on 'Seems Like'.

Following the line of a few songs on this album, 'Never Too Late' was a very nice piece about looking for help in any form in which it may appear and that is precisely what stands out for me now. Here, we find Rob Symeonn to appreciate and accept support wherever you can find it and that it will not always come from the expected sources. Also (as is the basis for the title of the song), no matter how bleak things may look, they can always get better and (and this is something that may go overlooked), that not only can things improve without warning, they can deteriorate just as quickly - so always be prepared. 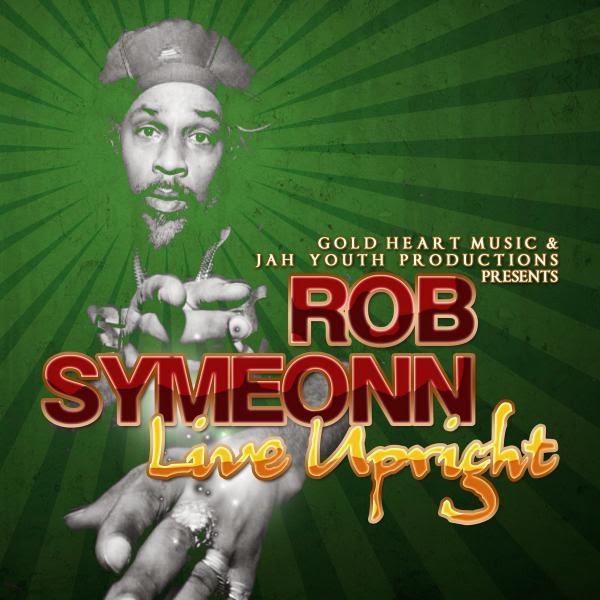 The major attraction of another previous single from the "Indigenous" album, 'Live Upright', is definitely its presentation. You'll find more lyrically adroit compositions on this albums, but in this particular case, what happens with the word is more than appropriate because Symeonn is presenting something, a way of life here, that he wants you to take a notice of. And he places it within the 'package' of this sublime tune. And it isn't a bad song from a lyrical point of view either. What I'm taken these days from this tune, apart from the JOY it hands the listener, is how broad it is. The artist isn't directing it to anyone especially - it is a call for all to make better judgments and actions for the sake of all.

'Because Of You' is a remake of an older song (which I should probably know by now) and there isn't much to be said in its case. However, it would be my guess that this tune was created to make a nice vibes and make the listener feel good and if that was the idea behind this one: Mission accomplished.

I have a different thought now about the meaning of 'Grass Is Greener' which has definitely become a personal favourite of mine from this album. Previously, I thought that it was about correcting past mistakes that one has made and setting a better course. These days, I'm under the impression that it is, instead, a piece about appreciating what you have and not going too far with bad ways and bad behaviour to chase down something which may seem to be better - because it's a waste of time. A song like this one, precisely, is why we do features like this one because things change and opinions change even more than "things" and I damn appreciate songs like this one which are great to listen to and are challenging as well.

You simply do not get more 'indigenous' than Mama who is the center of attention on the album closing 'Respect Due'. Here we find Rob Symeonn, with great cause, presenting MAMA as a royal-like figure, who is to be revered above all. Something has grown here for me as well and that is my appreciation/fascination with the track carrying this tune. It is slow and lumbering, but it's also VERY nice to listen to. It has Dub qualities all throughout it and they're highlighted now for me in listening back to this album.

"Cause in my garden, she's brought flowers
And I want to take care of her each and every hour
WHEN I'M SICK, SHE'S THE ANTIDOTE
And she gives me herbal tea just to soothe my throat

So respect due to the original Mother"

And respect is due to you if you have already picked up this album [shame! If you have not] which has already made a sizable impact on me, personally, and hopefully goes on to bring a new level of attention to its creator, the wonderful Rob Symeonn.