What I'm Listening To: April 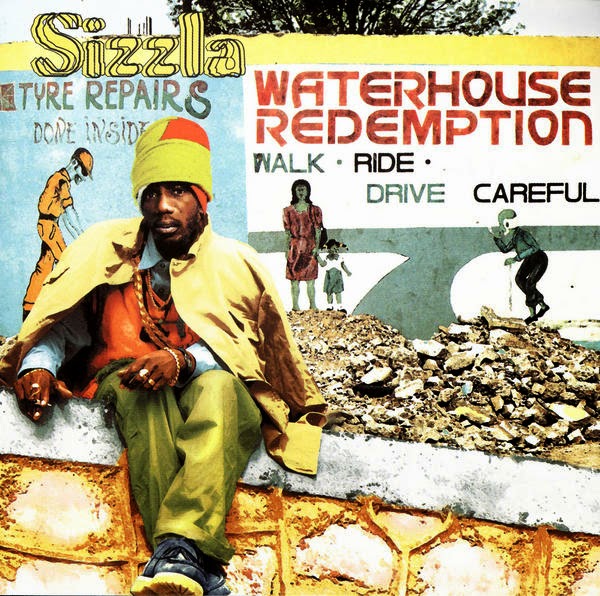 
One love for me and youuuuuuuuu! Though it wasn't the greatest album I've ever heard (although I think I may be warming up to it - 'Rewind!' coming soon), (or maybe not "soon", but eventually)  a full credit goes to Sizzla's "Nuh Worry Unu Self" album for putting back on my radar this complete GEM of a record from a shockingly long eight years ago, "Waterhouse Redemption". This album was produced by the legendary King Jammy's, who shared track production duties with his offspring, CJ, Baby G, Jam2 and even John John who, of course, produced "Nuh Worry Unu Self". The kind of lasting impression that it left was, at least for me, being one of the crowning jewels of a retrospectively brief (it seemed like a long time when you were dealing inside of it) period where it was the dominant trend of Reggae and Dancehall to CONSTANTLY revive old tracks and give them a new life. "Waterhouse Redemption" featured Kalonji over some bonafide classics and in a fine form. I don't listen to this album nearly enough these days, but I damn look forward to the opportunity to go back and vibe tunes like 'One Love', 'Right Day' (when, exactly, did that tune get so good), the delightful 'Love Is The Way', 'Commandment', album closer 'Peace' (over Jam2's ridiculous Amharic Riddim) and the all-conquering 'Someone Loves You'. This set is a fine example of a project which may've have been two or even three full steps below Kalonji's best, but was still absolutely exceptional and fantastic to go back and hear these days. 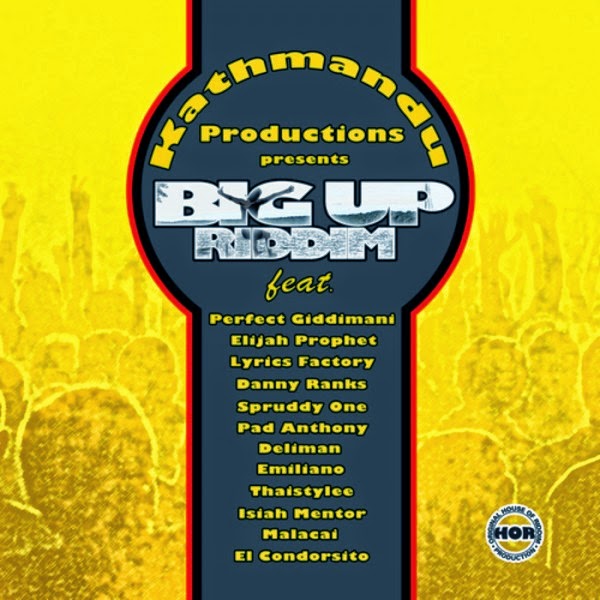 The Big Up Riddim [Kathmandu Productions/House of Riddim - 2014]


Biggup the wonderful people from House of Riddim who're back with the Big Up Riddim, teaming up with Kathmandu Productions (and I'm sure they're wonderful as well) for the lively Big Up Riddim. Besides the track, a couple of things really caught my eye about this one. One was the presence of the flaming Perfect Giddimani with 'Mama Africa' and then there was an elusive favourite of mine, Elijah Prophet (whose next album… yep) (still waiting), and anytime I see the Prophet making new music, I'm well interested. As it turns out, however, while Perfect and Elijah Prophet opened the door, it was tunes from the likes of Thai Stylee, Danny Ranks, Pad Anthony and DEFINITELY Spruddy One, whose 'Must Be A Dream' is STERLING which kept me around. Isiah Mentor and Deliman also feature. 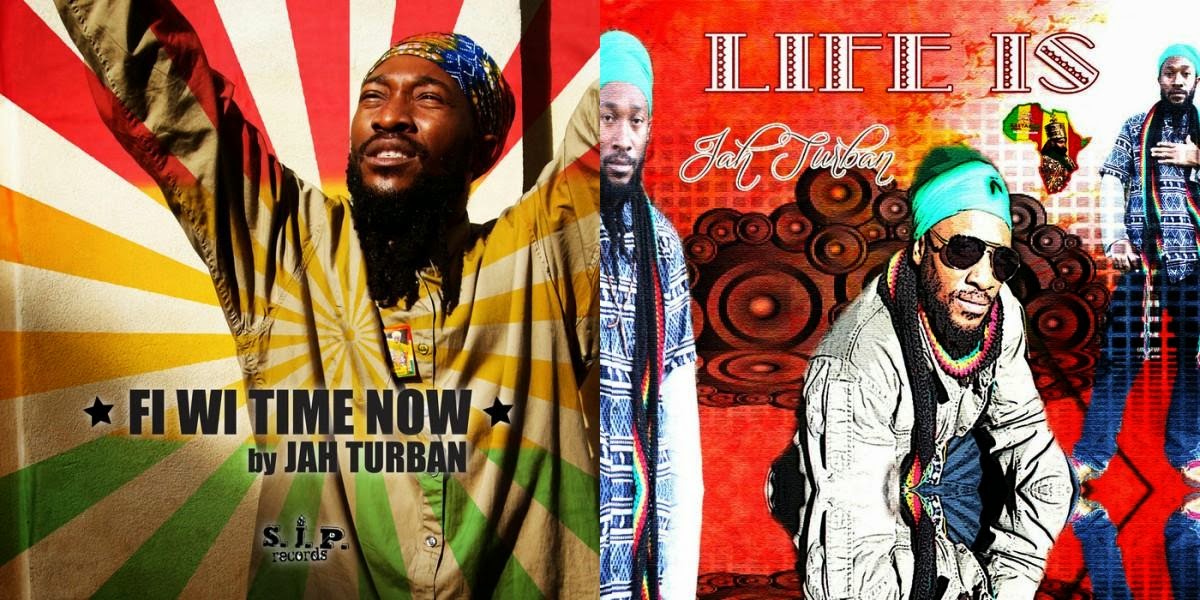 
Unfortunately we haven't heard too much from Danish based chanter, Jah Turban, over the last couple of years or so, but the start of the second quarter of 2014 is looking bright as he has officially released a pair of singles through SJP Records. The same label helped Turban make a fine introduction back in 2010 when the chanter did what is probably one of the most underrated EP's in recent times, "Africa Is Our Home" ["BABYLON YOU DOOM! YOU DOOM! YOU DOOM! YOU DOOM! SWEEP DEM UP IN EMMANUEL BROOM!"] [BOOM!] and, hopefully, will someday lead us up to a full release from Jah Turban. Until then, definitely check out 'Life Is' and 'Fi Wi Time Now'. The former took a bit of time for me to warm up to, the latter, on the other hand (which I think I've heard before), had no such growing pains. It is a fine, fine song and what would be even finer is if, before the end of the year, Jah Turban gave the masses a full album. 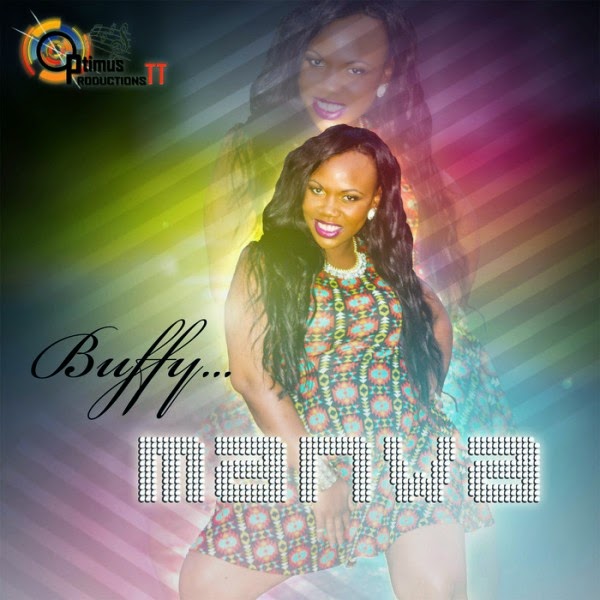 
Calling all Heineken drinking mannequin winers - Buffy is back (if you’re wondering what I'm talking about, dig up her BEAUTIFUL tune from a few years back, 'Anything')! Okay so maybe she never left or maybe she did. The once very burgeoning young Trini Soca star hasn't been the most active over the past couple of seasons or so, but she did return this year and she did provide it with one of its unfortunately slim highlights with 'Man Wa', produced by Optimus Productions [distributed by Fox Fuse who distributes everything]. Buffy is interesting because she comes along, very much, in the way of someone like a Denise Belfon, where it seems as if she makes Soca on a Dancehall cadence. The very clever 'Man Wa' was no different and, hopefully, we don't have to wait another two or three seasons to hear Buffy reach this form again. 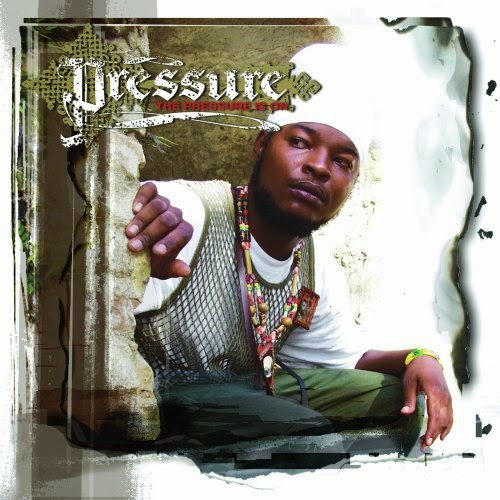 
Finally, unsurprisingly, I've also been paying a whole heap of attention to "The Pressure Is On", the debut album from VI superstar Pressure Busspipe, ahead of "The Sound" which will be his latest album (which releases in exactly two weeks now). This album is probably the best debut album I've ever heard in the scope of modern Reggae music and although it has, essentially, vanished (it never arrived on the digital side and, being released by Tsuni Records who, at least as far as I know, never did another project, the CD isn't easy  to find nine years on) it definitely made a giant positive impact on everyone fortunate enough to have heard it. Pick any song! The title track, 'Zion Is Home', 'When Dem Come' alongside Glen Washington, 'Buss Dem Brain', 'No Limitation', 'Mama'… any of them -- all of them -- were top notch. One of the best albums I've ever heard and "The Sound" couldn't get here soon enough.