Biggup Frenchie and company at the always reliable Maximum Sound from out of the UK who is set to bring forth a pair of big releases early next month in the form of their new piece, the Jah Blessings Riddim as well as the 2014 edition of their signature eponymous compilation. 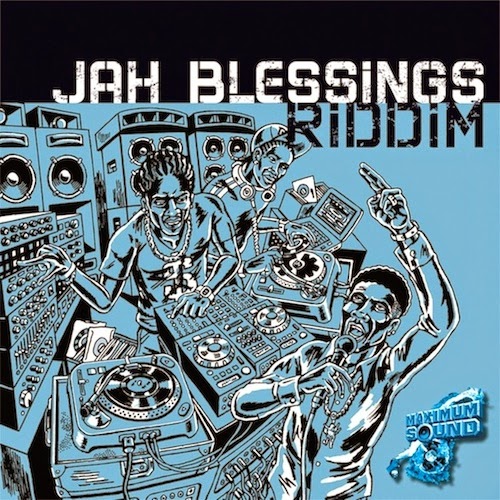 We actually hear d a bit of the Jah Blessings Riddim maybe back from mid-May or so and it, now like then, sounds fantastic. As its name would suggest, it is a Roots piece but it does have some versatility and some flexibility to its sound. Perhaps that could be attributed to the well versatile Stephen 'Lenky' Marsden who apparently had something to do with this track (as he receives a credit on the instrumental which Maximum Sound is nice enough to include) (always a nice thing to do). While Lenky plied his monstrous talents behind the scenes, taking on the vocal duties is a very fine quintet of artists. Exco Levi, Christopher Martin, Ce'Cile and Loyal Flames all turn in stellar efforts with their tracks, respectively (and I always love when Ce'Cile does a tune which goes in a different direction than her norm and her selection here, 'War', is definitely such a tune). But to my opinion, from early listens, it is the golden vocals of Jah Cure on 'Save My Soul', which appears to lead the way. I have a very good feeling about this one still and I'm well looking forward to hearing the finished product. 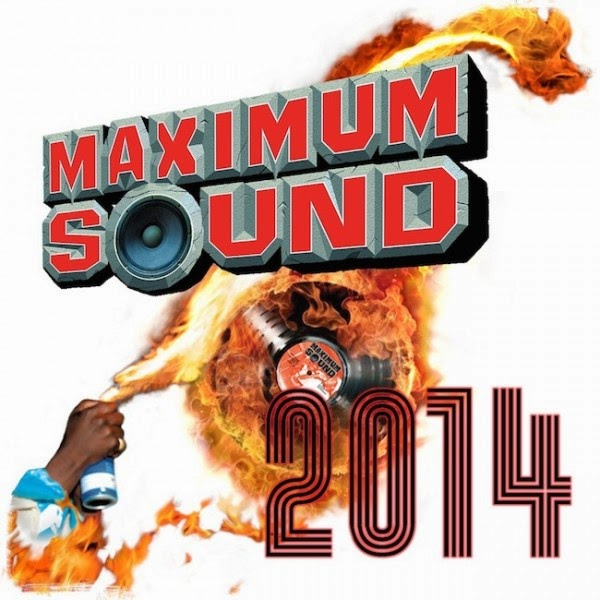 
If you don't actually pick up the Jah Blessings Riddim (shame on you and your entire family) (… and everyone else who you know) (and less they get it themselves) (then not them), you could hear quite a bit of it, including 'Save Your Soul', on "Maximum Sound 2014". You can also have a listen to some of the label's other recent work and hear it placed in the hands of some giant vocal talents. Along with Jah Cure (and Christopher Martin and Loyal Flames), also appearing on "MS2014" are the likes of Tarrus Riley, Anthony B, Luciano, the aforementioned Exco Levi, Mr. Vegas, Vybz Kartel, Romain Virgo & Konshens, Gappy Ranks and others still (like Masicka with a bit new tune, 'After Life'). Big compilations have been a staple from Maximum Sound for… a long time now and this latest set figures to continue the trend.

Take a closer look soon as both the Jah Blessings Riddim and "Maximum Sound 2014, from Maximum Sound are set to arrive on etailers on July 7th.
Posted by Achis at 7:27 PM