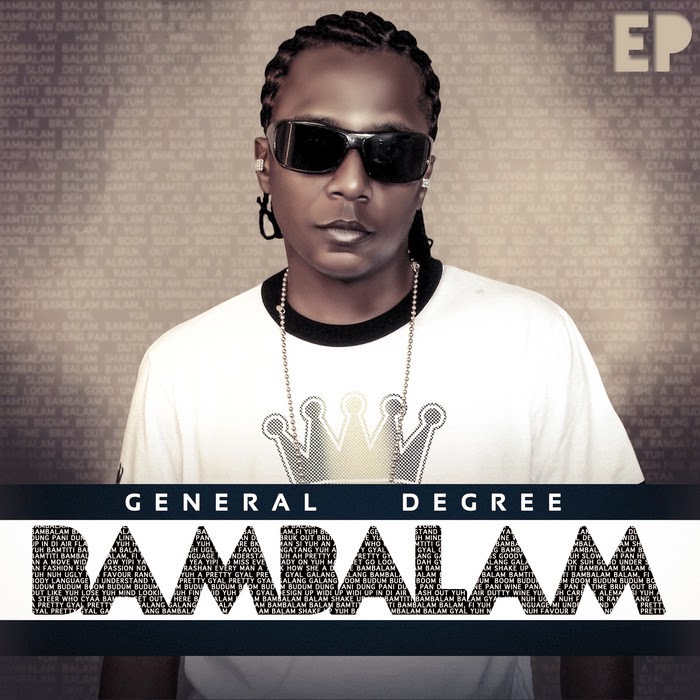 
First up this week is sensational news for me as one of my absolute favourite Dancehall DJ's makes a return with a brand new project as veteran, General Degree, serves up "Bambalam". Degree joins an already shining group of vocalists who, in 2014, have gone the route of dropping impressive EP's (pinnacled, arguably, by the likes of Chronixx and Exco Levi) and doing so via a most familiar source. "Bambalam" comes to fruition courtesy of the always active and extremely useful Fox Fuse and if you've enjoyed the General's music throughout the years (and you have), you're very likely to enjoy this five tracked set as well. Degree's music was always of the type which accentuated the FUN aspect of Dancehall music and this release is no different as it features tunes, including a personal favourite in 'Nuh Fraid, which make up some of the biggest recent moments from the DJ. So while, of course, we would have well preferred a full album release, until that point, "Bambalam" should be more than enough to keep the name hot of one of the greatest to ever do it. 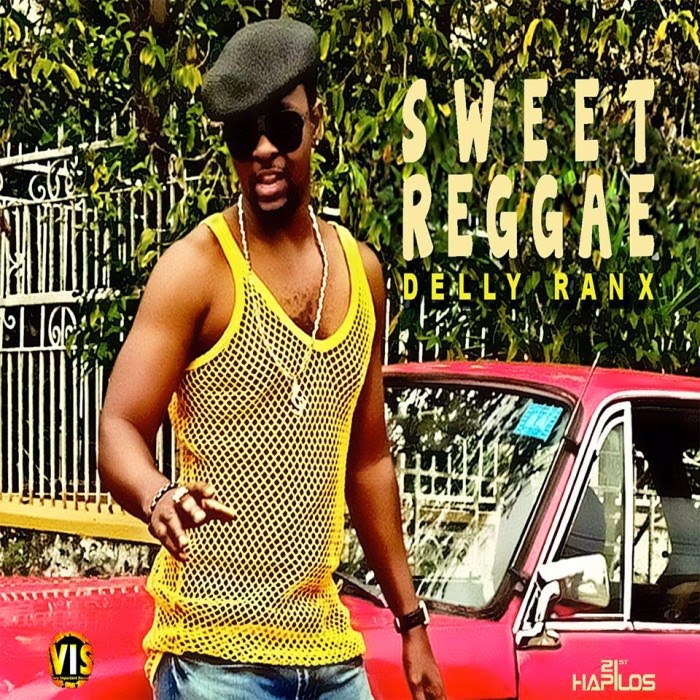 
Delly Ranx also has a new album on the horizon as the veteran DJ steps back in for the first time from his STERLING 2012 release, "The Next Chapter" and does so alongside VIS Records with "Sweet Reggae". So named after the big single of the same name, like its predecessor, "Sweet Reggae" figures to find Ranx in a find form and should he prove capable of producing anywhere near the results on that album, fans should be damn happy when this one rolls around as well. As its title would suggest, the new album also seemed to feature more in the way of Roots Reggae and old school Dancehall music, but in listening through the early clips, it is of the well varied type that  you'd imagine from Delly. I thought "The Next Chapter" was excellent and though I certainly wasn't anticipating its followup this quickly, I'm very interesting in hearing how this one turns out. 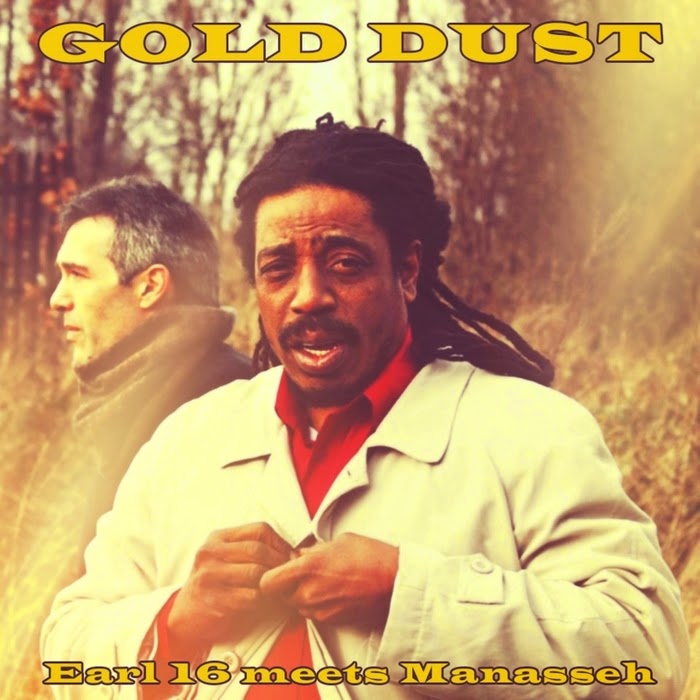 
A suddenly very active Earl 16 is back with his second set of 2014, following the well received "Natty Farming", with "Gold Dust". The album, once again, finds the venerable vocalist linking up with producer Manasseh from out of the UK. Just last year the duo came up with "Walls of The City" -- a solid EP featuring some of the material on this album -- and while I had no idea that a record was in the offering, I definitely look forward to hearing this one as well. Earl 16 is, perhaps quietly, showing just how active and effective an elder artist can be when he keeps his reputation and his quality levels well high and he has enjoyed great successes in recent years and they figure to continue here. 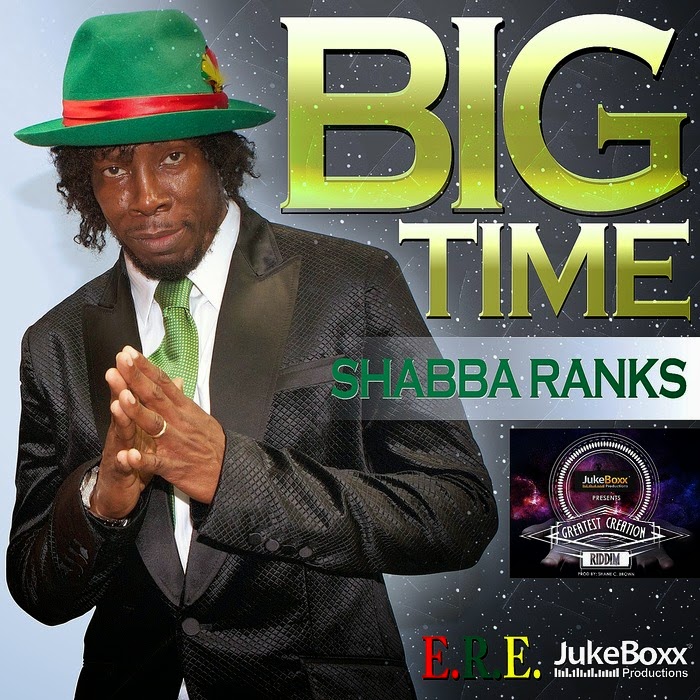 
While we have heard a bit, sparingly, from legendary Dancehall ace, Shabba Ranks, in 2014, without question at all the biggest impact he made came relatively recently when 'Big Time' [GRRRR!] released courtesy of Shane Brown and his Juke Boxx imprint. This tune was a perfect blend of old school and modern Dancehall as Brown and company developed and delivered one SWEET track (more on that in a second) for Shabba, who produced a master class. 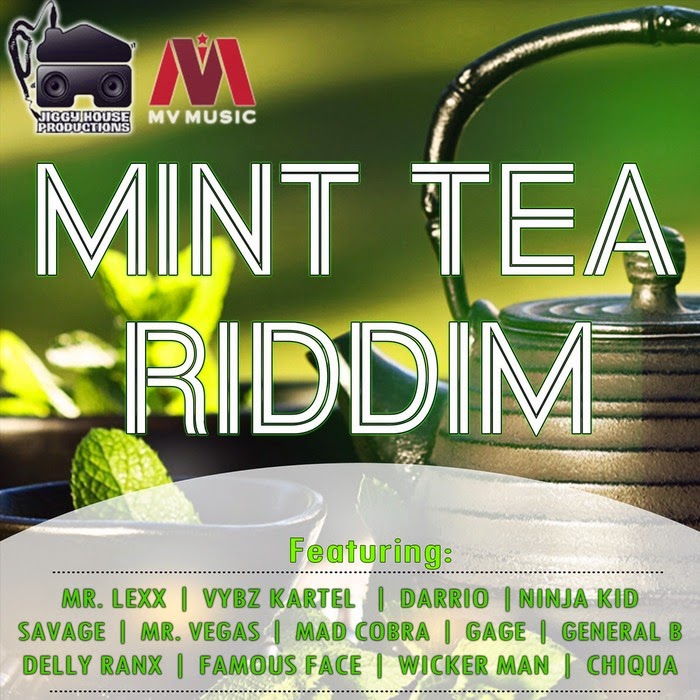 
I may not ever be his biggest fan, EVER, but I’ll always get a certain joy out of seeing the name Mr. Vegas attached to a project because a few years ago the singjay (I hate that word) declared himself done with the Hip-Hoppified Dancehall scene and committed to ONLY making authentic Dancehall music and Soca and, at least to my knowledge, he's fulfilled his pledge. This time around, with the Mint Tea Riddim, not only has Vegas leant his name to the set (with a nice tune in 'Pop One'), but he's also placed his own label, MV Music, behind it as well and, alongside Jiggy House Productions, they bring forth the track. Along with Vegas, the Mint Tea Riddim features some impressive tunes from some big names such as the aforementioned Delly Ranx, Kartel (older Kartel, always an impressive exhibition of serious skill), as well as the woefully overlooked Famous Face who I always look forward to hearing from and his track here, 'In Deh' does not disappoint. Still, taking top honours here is Mad Cobra who continues to thrill fans with a brilliantly venomous style, this time culminating with 'Yellow Tape'. 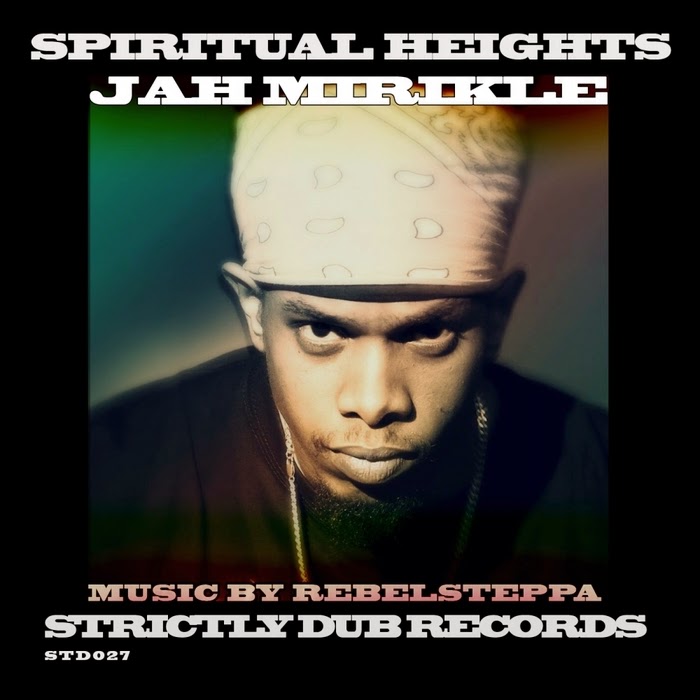 
Finally, while we haven't heard too much from sensational St. Lucian born, UK based chanter, Jah Mirikle, in 2014, apparently that's set to change as the Mirikle is up next with a big new single from Strictly Dub Records with Rebel Steppa, 'Spiritual Heights'. Jah Mirikle is someone who I always make a point to check up on and see what he's up to because, in the past, he's impressed greatly and he's obviously keeping it up with this latest single which you can join us and pick up fully when it reaches. 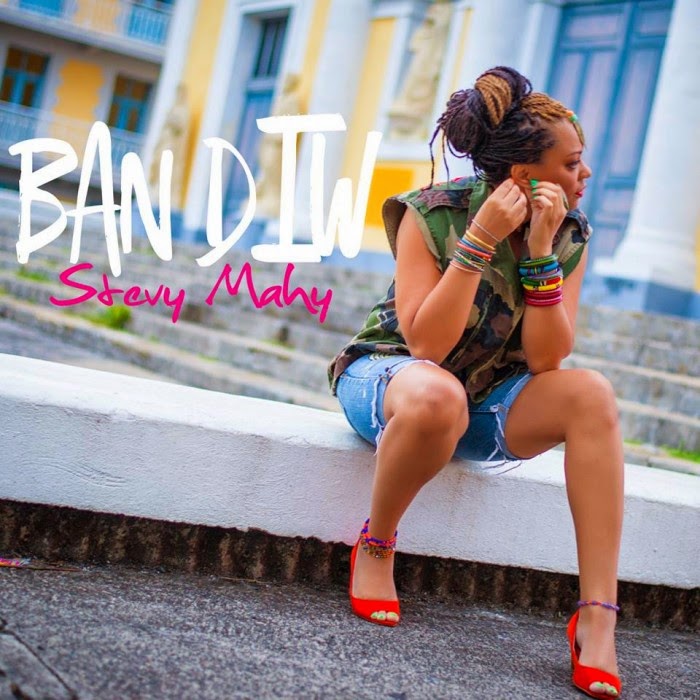 'Ban Di'w' by Stevy Mahy [Stevy Mahy]
PROBLEMS! BOOM! The wait appears to nearly over as the MUCH anticipated debut single from "Renaissance Woman", the sophomore album of the downright divine and all kinds of sexy [BOOM!] Stevy Mahy has finally reached. The sublime 'Ban Di'w', is the first bite of an album I've been looking forward to the moment I finished listening to her first set, "The Beautiful Side of A Kreyol Folk Trip" (a staggeringly brief four years ago!) and it tastes so damn good! Definitely looking forward to what the second half of 2014 brings from Mahy, but she's made the wait a little easier on the strength of this big tune. 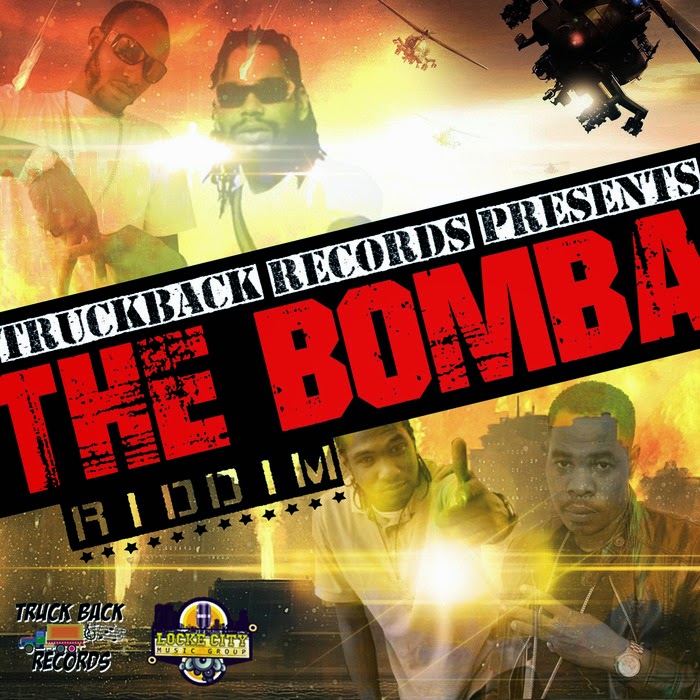 
The wonderful people from Truckback Records are back with the official digital release of a piece which has been picking up steam over the past couple of months or so, the WARRISH Bomba Riddim. The track has served as a battlefield of sorts as some of the biggest names in Dancehall have used it to take aim at one another and… I don't really have a problem with that! War has a place in Dancehall and it always has, particularly when it sounds as good as it does on some of these tracks. Thrown into the proverbial mix are the likes of TB favourite New Kidz, Mr. Peppa, Iyara and, of course, the legendarily antisocial likes of Mad Cobra (twice!) and Bounty Killer. Also on board are Sizzla Kalonji and Capleton who don't follow the usual course here but you won't care. Missing is an instrumental track of this delightful old school based track, but in its stead is just a whole heap of FUN and downright vicious lyrical displays. 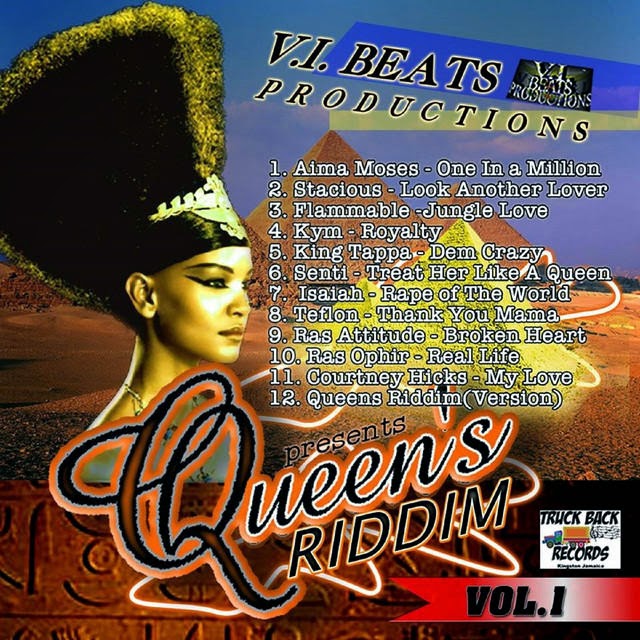 
And apparently the active Truckback Records also played some type of role in bringing forth the Queens Riddim, along with VI Beats Productions. This lovely piece (whose release does feature an instrumental version) brings together a very interesting mix of vocal artists over the LUSH Queens Riddim for some big results in my opinion. Arguably the biggest of them all comes from Ras Attitude who taps his underrated singing voice on the splendid 'Broken Heart'. But we also get big efforts from Teflon, Stacious, Flammable, Senti and even Aima Moses. Like I said, the mix is impressive and it works well here. Check it out for yourself. 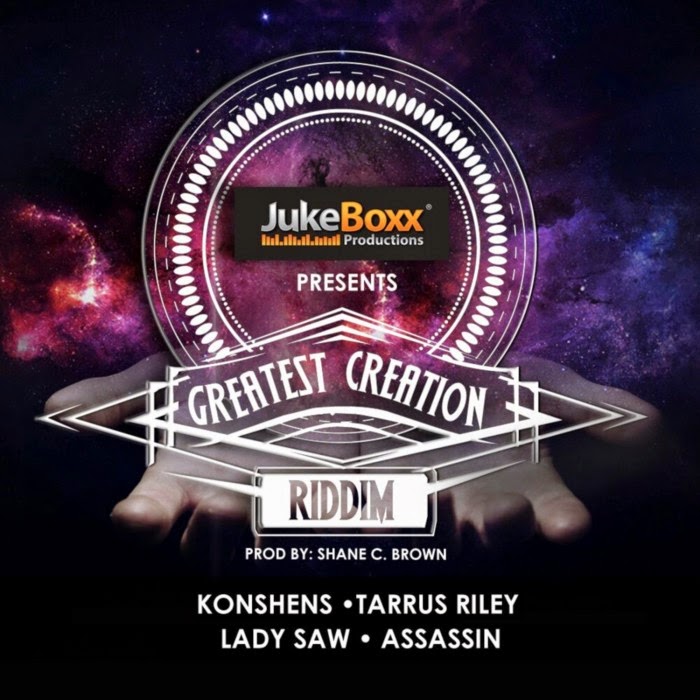 
And if you really like Shabba's 'Big Time' (and you do), have a listen to its source, the also Juke Boxx produced [duh] Greatest Creation Riddim. The infectious old school vibed piece also plays gorgeous backdrop to Lady Saw, Tarrus Riley, Konshens and Agent Sasco ['Hear Mi Nuh' - big tune]. Real and authentic Dancehall music, no crossover and done by some of the best doing it today.

Digital
Posted by Achis at 9:15 PM