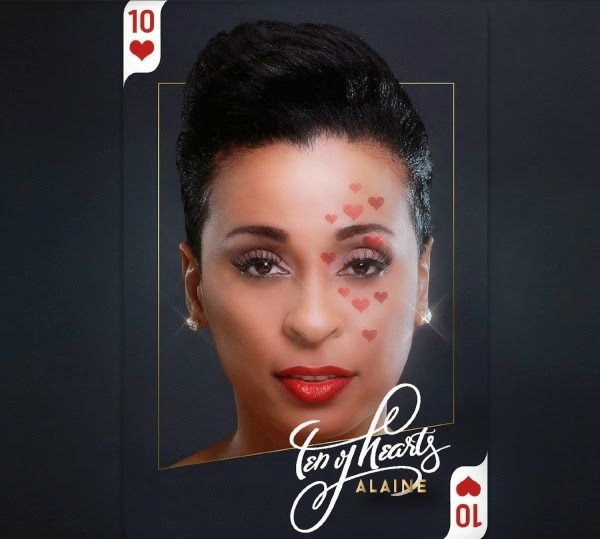 
First up this week is some truly fantastic news as, though still a little bit off, set to bring forth her very first album from… her last album is the always delightful (and sitting Achis Reggae Female AOTY) Alaine, with "Ten Of Hearts". Unless I am horribly forgetting something, this set is to become her very first following the split with long-time former producer, Don Corleon (which happened, by my estimation, eighty-eight years ago). Since then, unsurprisingly, Alaine has continued to perform her master blend of modern Lover's Rock and Reggae and has made some tremendous music. An album seemed to be the likely course (which is why she charted at #6 on our most recent 'Most Wanted' list) (which was a good list as three of the ten have already delivered albums with Alaine forthcoming and another from Pressure) and here it is! "Ten Of Hearts" comes courtesy of the singer's own 1Thirty1 Records imprint and even, though we've yet to see a full track-list, even if they just combine some of her most recent singles, what you have here is guaranteed to be one of the most BEAUTIFUL Reggae albums in recent times. 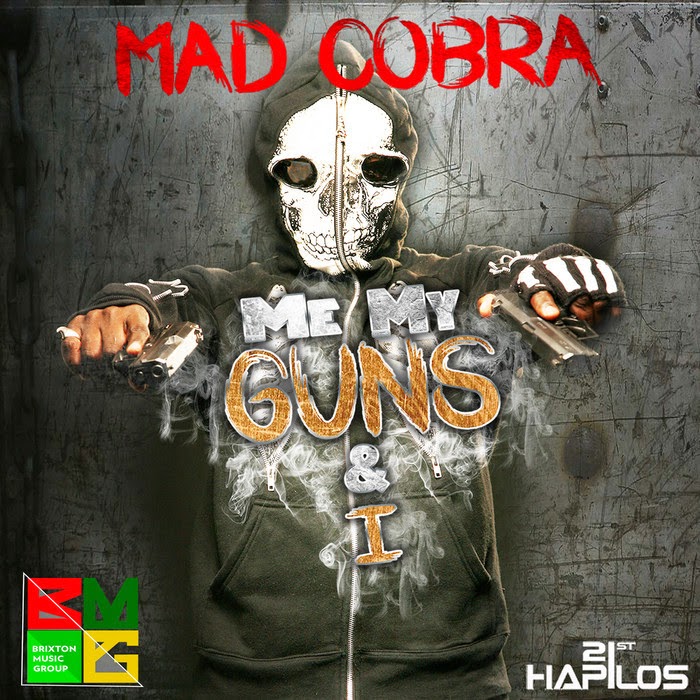 
Stylistically, up next would be the complete iconoclast to Alaine: The maniacal Mad Cobra who, in one way or another, stars in four of the entries on this post (unless Bredz adds something else). First up is another of the demented singles he has been the star of recently, the ridiculous 'Me, My Guns & I'. The song, as everything does these days, comes via the Cobra's own Brixton Music Group and is yet another slightly terrifying display of the snakes most VICIOUS of talents (I won't spoil it, but the DJ says one thing in particular which just… just seems very, very WRONG!) - now we just want that album! 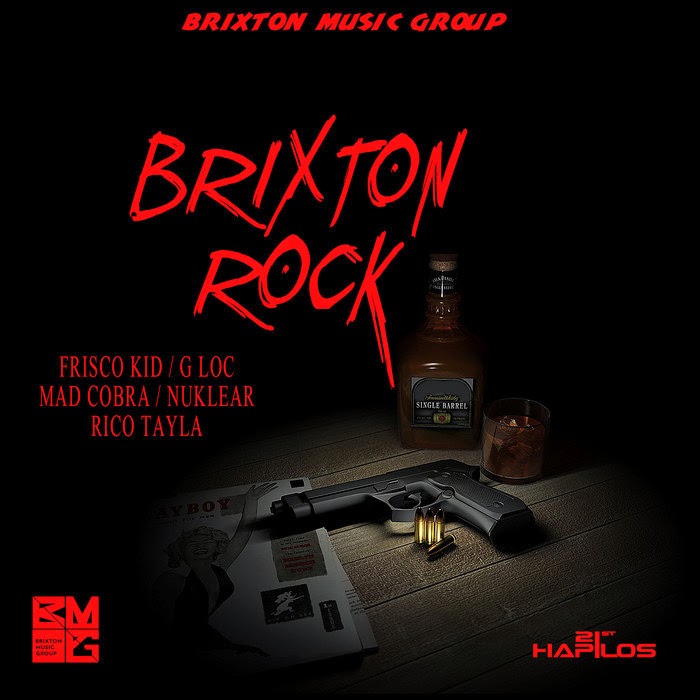 
Should you find yourself immensely impressed with the track backing the aforementioned 'Me, My Guns & I' tune from Mad Cobra - check it out. Brixton Music Group is also delivering the full set of the Brixton Rock Riddim which features the Cobra's slaughtering tune which reigns supreme here, as well as contributions from Rico Tayla, an x-rated G-Loc, Nuklear (whose 'Straight' is pretty good and sounds like something which would come from Bad Greg Hines) (biggup Greg Hines) as well as Dancehall veteran, Frisco Kid. BMG also gives a clean version of the riddim which is always a nice touch. 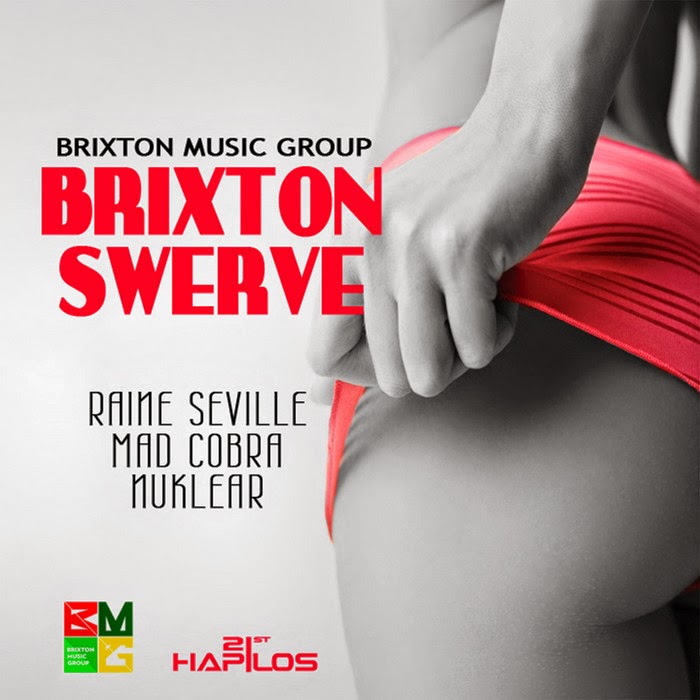 
I am 100% sure that there is absolutely no way that you can guess who made the Brixton Swerve Riddim! You have no chance! Now that you've exhausted your guesses, I will tell you that, shockingly the track also comes from the Brixton Music Group. Just as shocking is the fact that it carries 'Closet', which is the biggest tune here from a very young and up and coming DJ by the name of Mad Cobra, or whatever his name is. Nuklear also makes an appearance with 'Red Hot Gyal' as does Raine Seville on 'Always Broke'. Certainly not a better project, but probably a better composition than the one before it. You can compare them, BMG also gives an instrumental here. 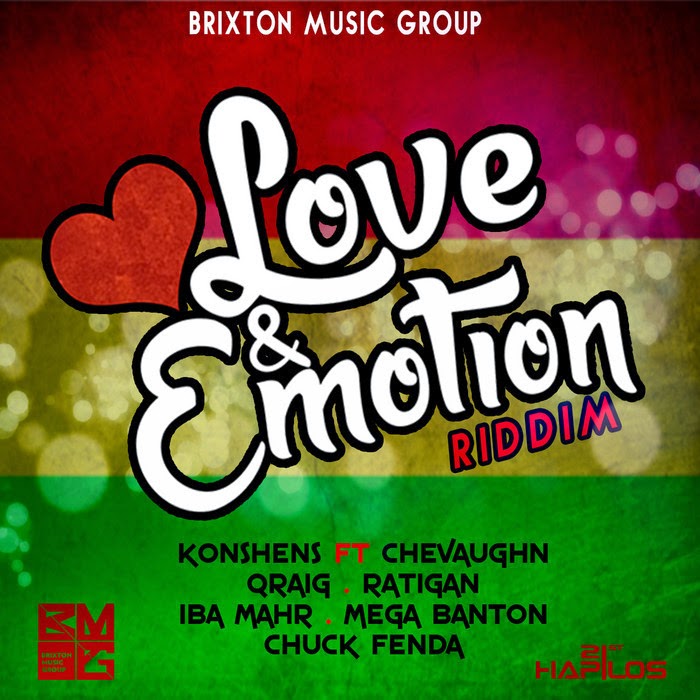 
You'll also find a version of the sweet Love & Emotion Riddim on its track list. What you won't find, however, to the surprise of no one, is a track from Mad Cobra. In the absence of the snake is another representative of Brixton Music Group, Ratigan, who is 'Looking Through My Window'. You also get a pair of big selections from Konshens and Chuck Fenda  and even better (although Fenda's 'God Answer Prayer' is exceptional) pieces from the despicably underrated Mega Banton and the burgeoning Iba Mahr who takes top honours here (coincidentally) with 'Most High'. Qraig also does well with the riddim's obligatory song for Mama, 'Mother's Love' [Hey Mama. Hi Mama]. 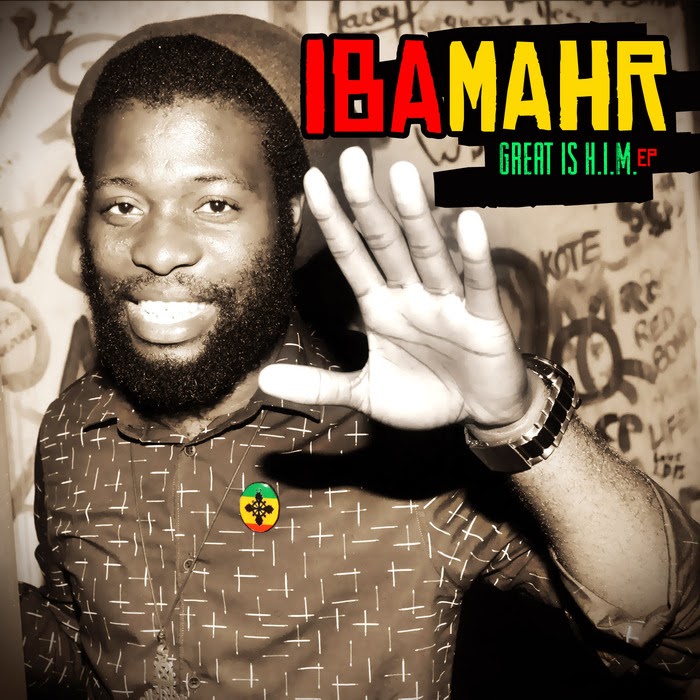 "Great Is HIM" EP by Iba Mahr [Tad's Records]
And the BMG isn't the only label taking a special interest in the special gifts of Iba Mahr. As they tend to do, the inescapable Tad's Records is also in his line and this time they're delivering a solid EP from the chanter, "Great Is HIM". The nine tracks here don't really break any new ground and if you've been listening to Mahr through the years, you're unlikely to hear anything that you have yet to hear, but still I definitely appreciate the idea and, of course, some of these songs, especially the opener, 'Let Jah Lead The Way' (biggup Norris Man), are outstanding. 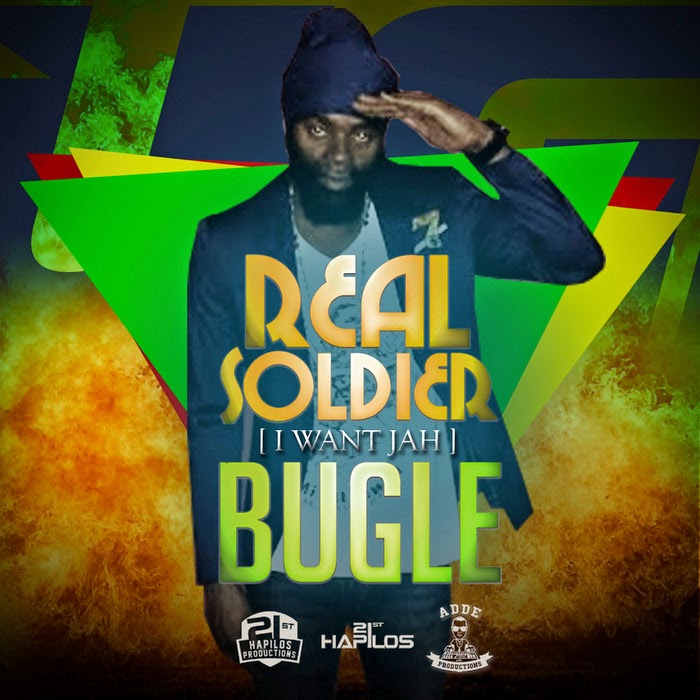 
Still very fresh from his wicked debut release from earlier this year, "Anointed" (which I should really think about doing a 'Rewind' for at some point), Bugle continues his damn impressive recent tear with what has to be regarded as one of his best tunes from this year and one which would have fit firmly near the tops of the album, 'Real Soldier [I Want Jah]'. This tune is GOLDEN! Coming from Adde Instrumentals, 'Real Soldier' is a shot of inspiration as Bugle walks firmly away from more material and short-range things in favour of the love of The Almighty. 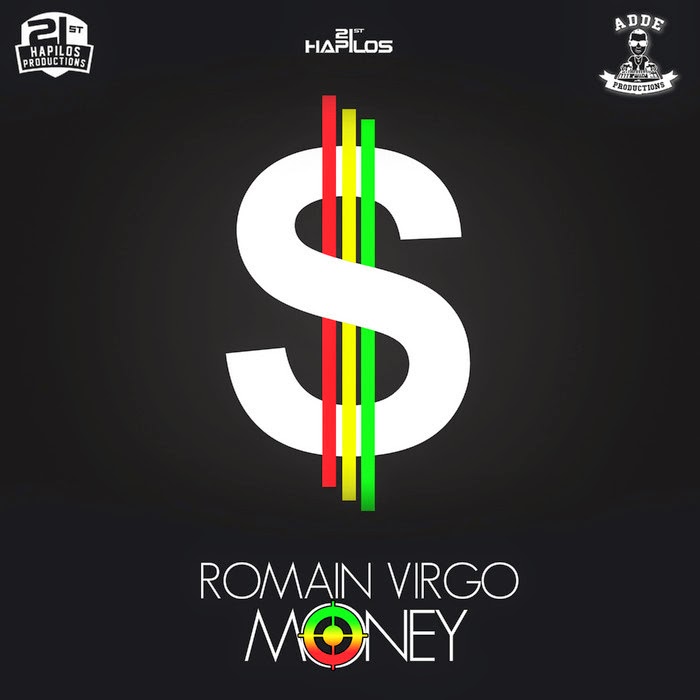 
Adde Instrumentals continues to keep big company, and in a similar way, with Romain Virgo who travels a similar path to the aforementioned Bugle with his tune for the label, 'Money Target'. Again, what we find here is Virgo eschewing the more material things in life in the name of… common sense and things which do not, inherently, bring hassles and headaches. It's always refreshing to hear Virgo go about things because he can make a song like this which doesn't, for the most part, take a spiritual turn. It is wholly tangible and applicable and relatable and always a very nice change of pace. 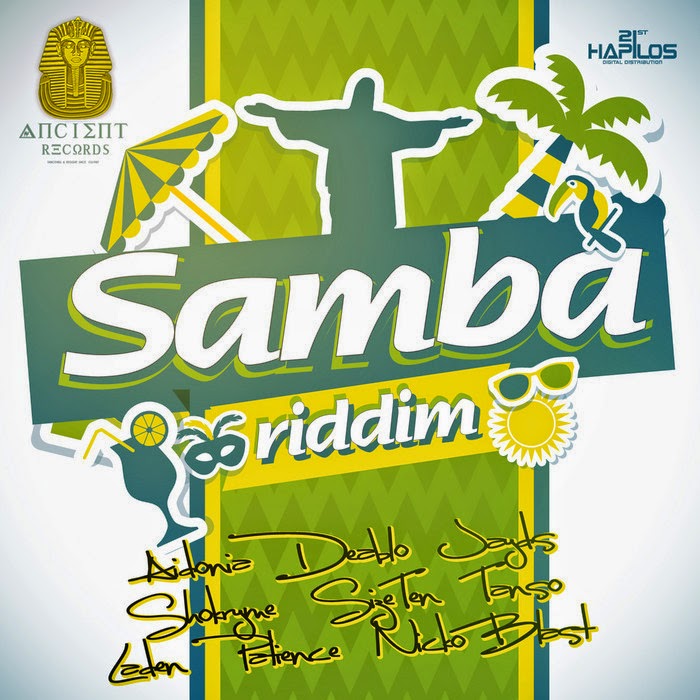 
And because this one is actually pretty good (Bredz I'm not doing the other one. It is awful and you know it!], next up is the Samba Riddim from Ancient Records. I do not love this one as a riddim album. To my opinion, it only has a pair of truly good songs on it. They just so happen to be the bookends on the album which is a very good idea. Shokryme, who has managed to consistently impress in my opinion, destroys whatever remains of the Samba with his dominant 'Parasite', which is a lyrical masterpiece. Before that, however, Aidonia absolutely lays the riddim to ruins with its biggest selection 'Coco Powa'. Though I'm not the fan that I used to be, this song has to be one of the best Aidonia songs I've heard in a long time. The riddim, itself, is also very nice with a high-powered pulse which, predictably, makes for a fitting background to the works of Aidonia and company. 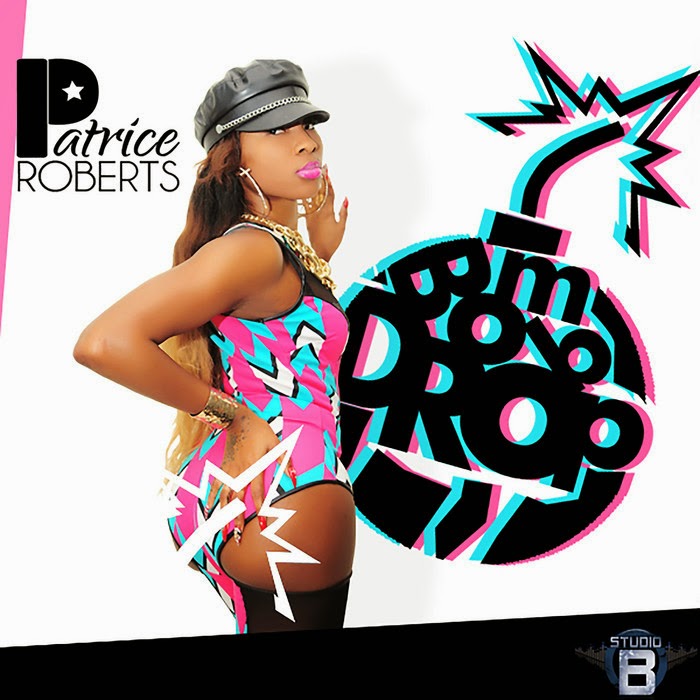 
And lastly (this was VERY easy to write!) biggup Soca princess and Achis Reggae favourite, Patrice Roberts, Studio B and the world's most active label, Fox Fuse, who collectively the LOVELY and infectious 'Bomb Drop'. Roberts' brand of music has found a home and stuck in my brain and, these days, I enjoy almost everything she does including this somewhat overlooked gem from last season. The tune is yet another reason why this woman needs to hurry and make her way to a loooooooooong overdue third album.

Releases on August 18
Digital
Posted by Achis at 6:36 PM