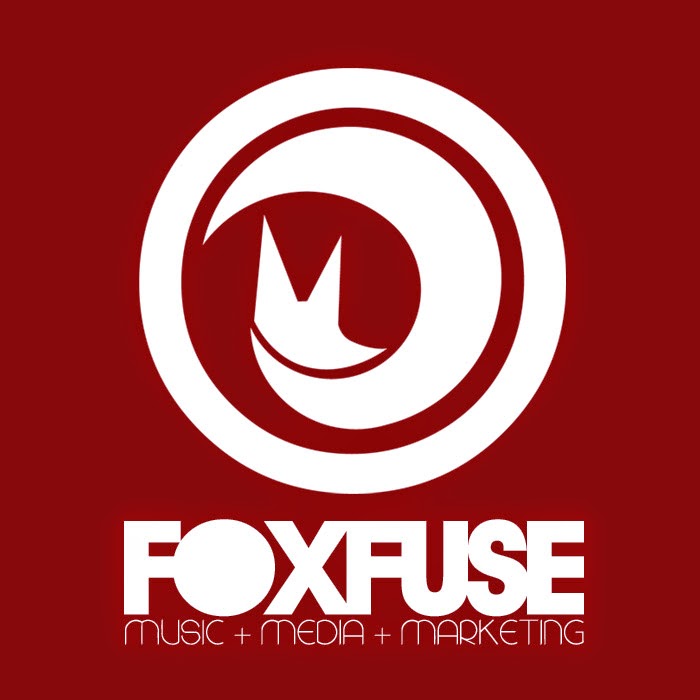 If you pay any attention to music on the digital side, particularly the music we cover around here, then you've certainly ran into the work of the ultra-active Fox Fuse who constantly have something new just around the corner. Today we take an exclusive look at what exactly is on the horizon, in September, from the very active and very colourful distributor.

{Note: If anyone at Fox Fuse wanted to thank us by… oh maybe sending us free stuff, especially the first entry on this post, we wouldn't complain about that}

{Note 3: They have many, many more on the way as well and we cut this list. It probably could have stretched to TWENTY just for September alone} 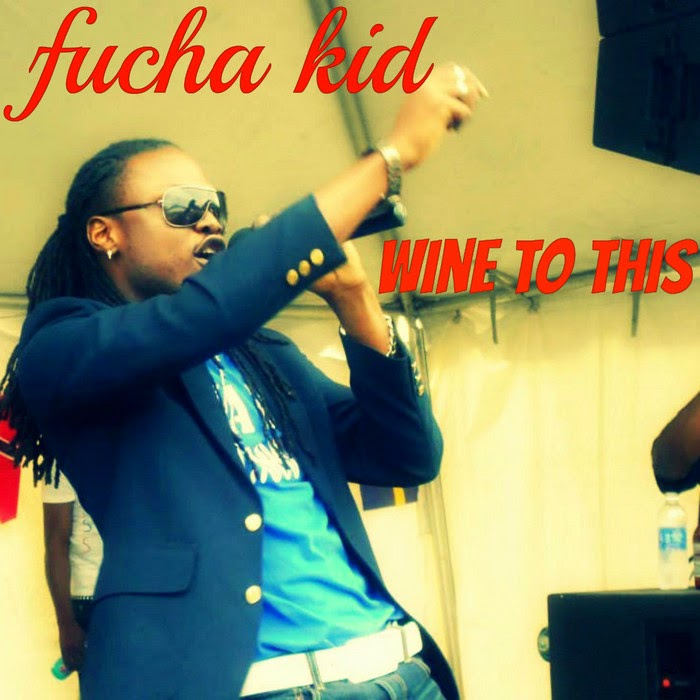 "Wine To This" by Fucha Kid


Apparently the fine people at FF are taking a Farmer Nappy/Stein interest into the career of Antiguan based Guyana born Fucha Kid as after releasing his sophomore set, "The Crossover", about twenty minutes ago, the label is now dealing with an EP which, as far as I can see, is a compilation featuring some of the artist's tracks from the 2014 season. If you are not fully familiar with the work of Fucha Kid, I would definitely say that his brand of Soca, very much, comes from a Dancehall base and that appears to be evident throughout this six-tracked release. I'm actually familiar with a few of these tunes such as 'Carnival Backpack' and 'Bumpa Explosion', but it is one which is new to my ears, 'Everything Tun Up', that I'm most looking forward to hearing. 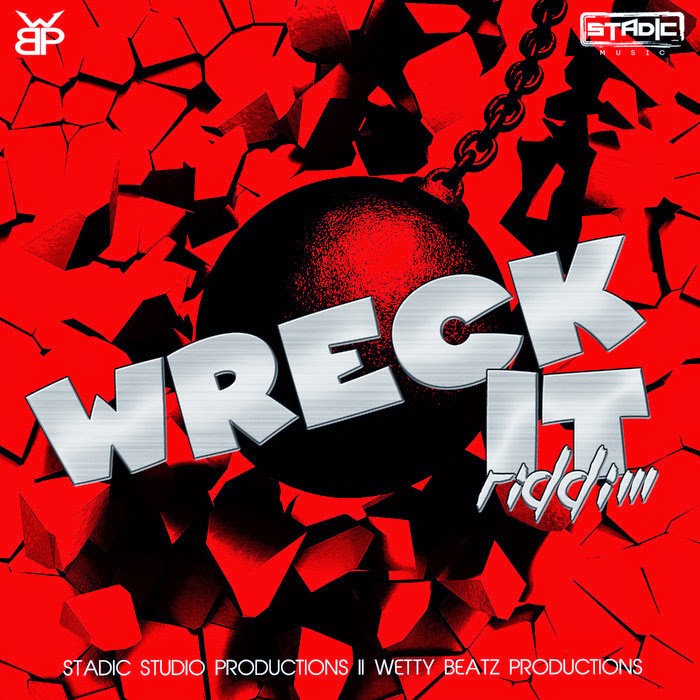 The Wreck It Riddim


The union of Stadic Studio and Wetty Beatz came together again to produce more WONDERFUL madness for 2014 and that is precisely what they did with the gorgeous Wreck It Riddim. For the most part, this is GRIMY, nose-bloodied type of Soca which is headlined by Fay-Ann Lyons, but also features the well dependable likes of Problem Child, Skinny Fabulous [MAD!], the stinking behaviour of Lavaman and Royall. Triniboi Joocie, who I've never listened to much, also manages to impress with his 'Must Be In Dat'. 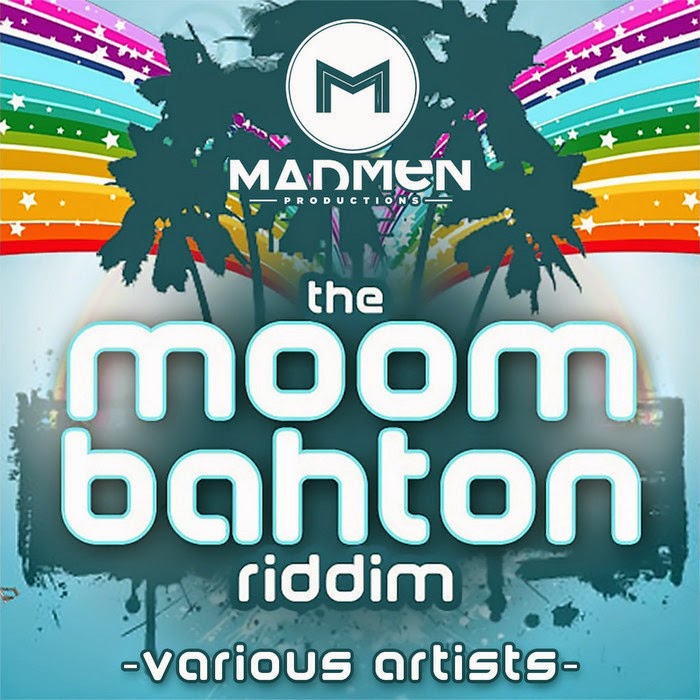 
Madmen Productions originally gave us the electric Moombahton Riddim a few years back now send it up digitally for your consumption. The big tune on this track came from Kes with 'Socializing', but artists such as General Grant, Skinny Fabulous and even Mr. Vegas (biggup Mr. Vegas) also turned up with sizable efforts as well. 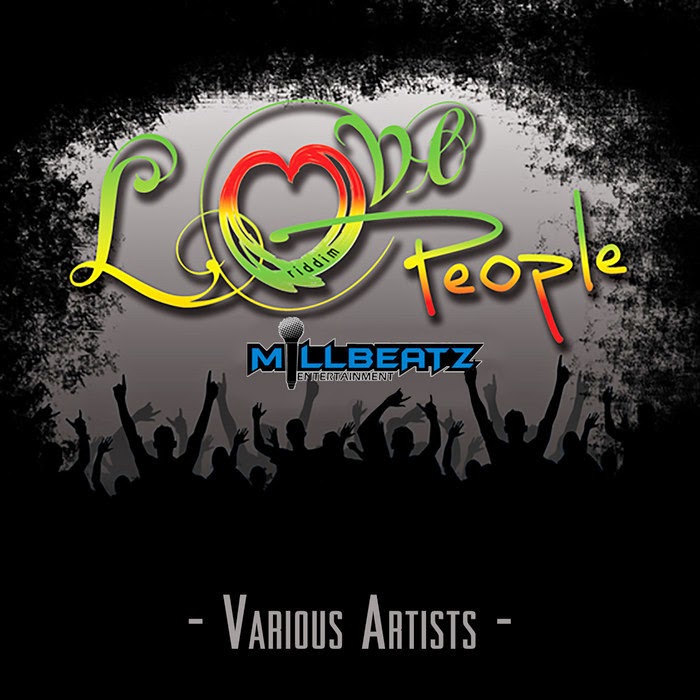 The Love People Riddim
The Love People Riddim which came up back about a year or so ago was outstanding. It was a creation of Millbeatz Entertainment and it now comes to a full digital release courtesy, of course, of Fox Fuse. Just as a composition, it was FANTASTIC and though I wasn't in love with every song that I heard on it, it did definitely carry a hammer in Isasha's golden 'Live & Learn'. King David also stood up well with the stirring 'Sea Lots'. Both of those songs are included here as are efforts from both Prophet Benjamin and Stephynia. Still, likely most interesting here is the fact that the digital set also contains an instrumental of the Love People Riddim, which should be divine (there is a guitar somewhere on that thing which is so, SO nice!) 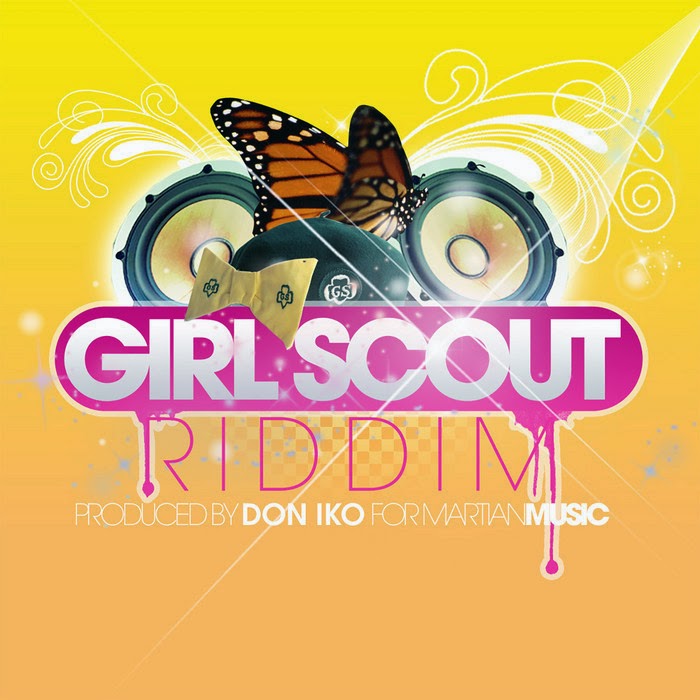 
Fox Fuse goes back even further to deliver this blast from the past from Martian Music. The Girl Scout Riddim was a lovely, slightly enthused piece of Groovy Soca music and it, fittingly, featured three of the biggest female names in the business as the great Alison Hinds led a pack which also included Patrice Roberts and Nadia Batson. It was probably Batson's 'Admiring Me' which did the biggest damage here for me but Hinds' 'Soca Queen' was right behind it and not too far in the back was Roberts' infectious 'Jack It Up'. A very high quality set here which should still be excellent four or five years from its release date. 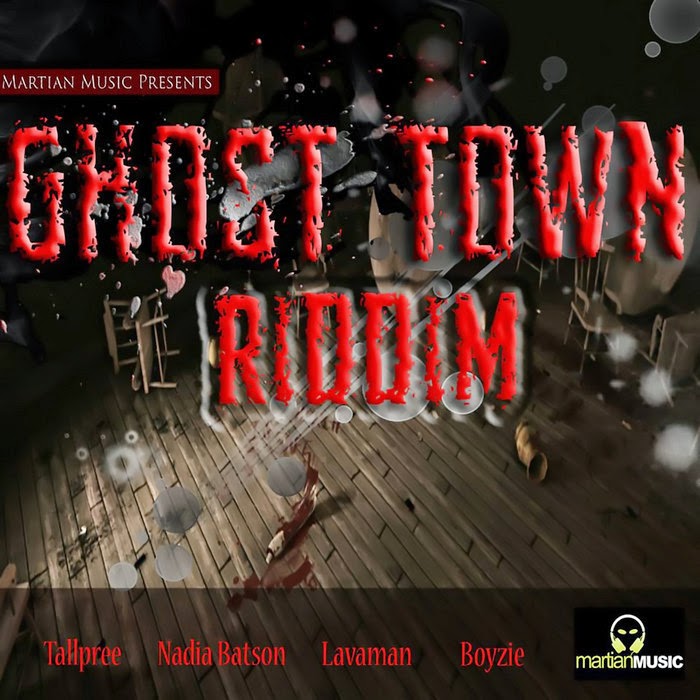 
Also coming from Martian Music, who continues to turn their catalogue to Fox Fuse (a good idea) is the Ghost Town Riddim from just last year or so. This track actually features a TRULY ridiculous combination featuring Nadia Batson and Lavaman which leads the way here, 'Di Most [Unruly]' (biggup Mr. Hooper). A pair of spicy exports also do exceedingly well as Tallpree and Boyzie also make appearances in this ghost town. 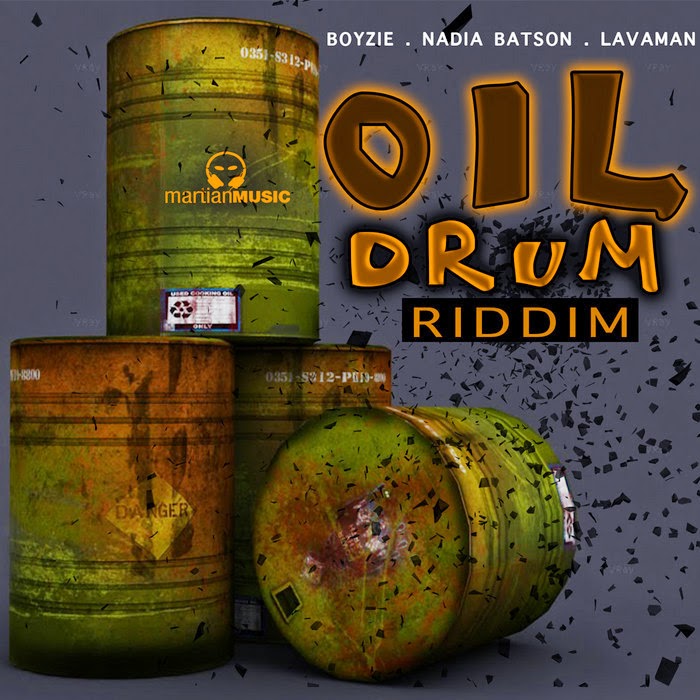 
Nadia Batson, Boyzie and Lavaman also take control on the Oil Drum Riddim, also from Martian Music. Batson and Boyzie actually team up for 'Wildness' while notorious drunkard Lavaman turns his attention to some 'Strong Rum and Beers' - a song which requires you to be most careful because it will likely take a MASSIVE head injury or full on brain-death to get that song out of your head. 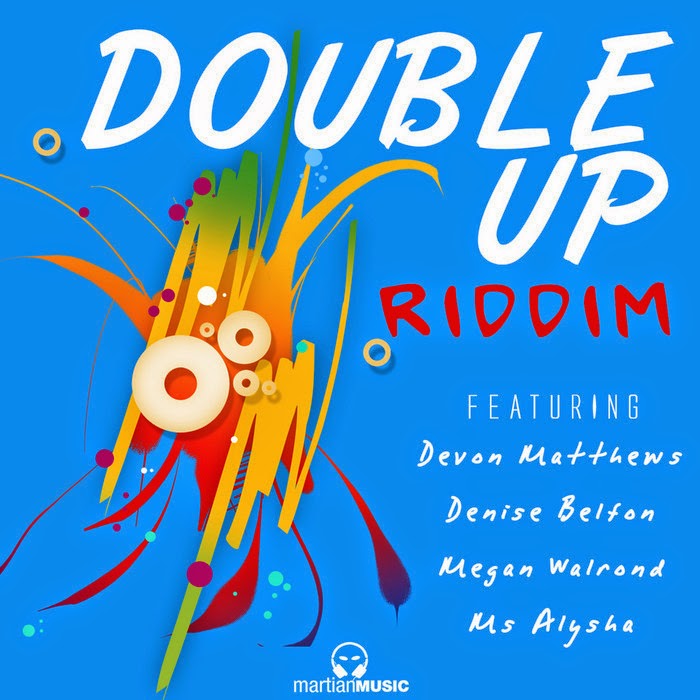 The Double Up Riddim


And because we know you love Mars so much, also coming from Martian Music is the SWEET Double Up Riddim. This track was a joy to listen to and only featured three songs -- from Devon Matthews, lyrics machine Ms. Alysha and bona fide cutie Megan Walrond -- also featured is a clean version of the riddim which seems unfortunately rare in Soca music despite today's post. 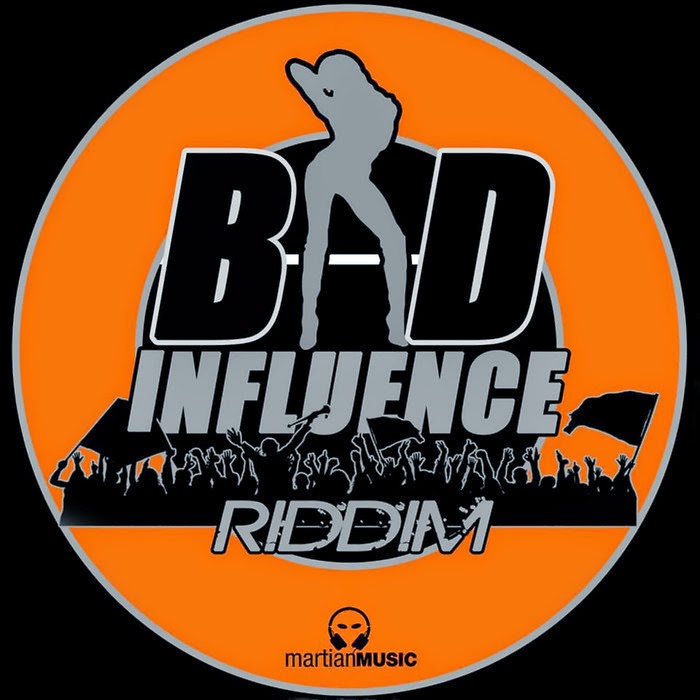 
Nadia Batson picked up the Bad Influence Riddim and smashed it over her beautiful head with, so Martian Music named the riddim after her song. What was left over they passed to Lyrikal and Ki, who actually teaches courses on feting should you require instruction. 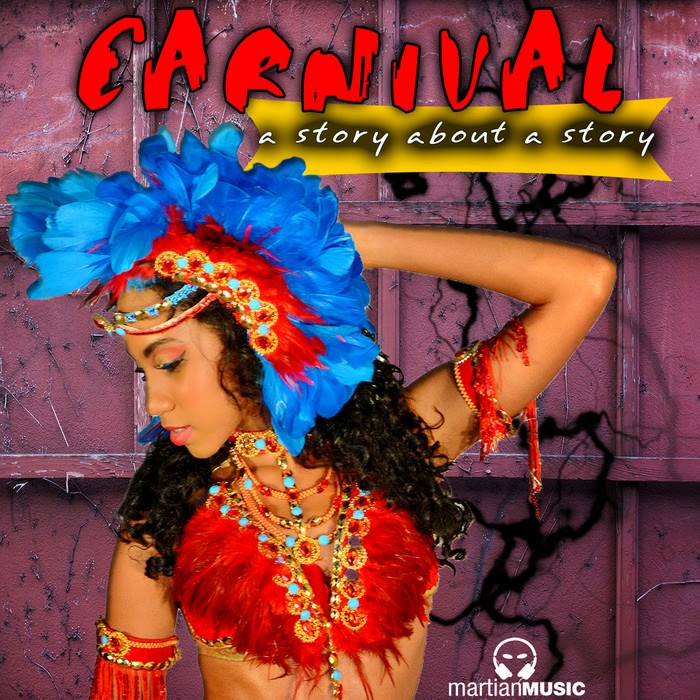 "Carnival: A Story About A Story"


Did you catch all of that. If you missed any of it, Martian Music and Fox Fuse were kind enough to put a big bow on the package and deliver it in a compilation style on "Carnival: A Story About A Story", which is a pretty good idea in my opinion. If you haven't noticed, it was all about Nadia Batson (and it should always be about Nadia Batson) (and that ass) who makes five appearances on this set by my certainly incorrect count. But Lavaman, Isasha, Tallpree, Boyzie and others also check in as well. "On Top Of Toronto" by Delee


While I can't say that I know much about Delee, I can say that I do recall coming across one of his songs a few months back by the name of 'Lonely Tonight', which was excellent. That song and a pair of others show up on an EP Delee does for DMP Records. One of the other selections, the Reggae-fied 'Not In Love' also sounds very nice, but even if it isn't, 'Lonely Tonight' should be worth the price of admission here. 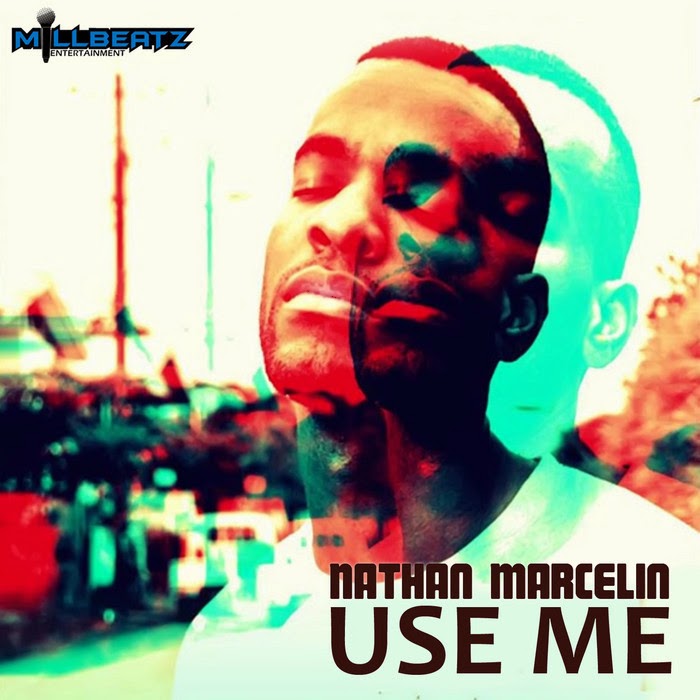 'Use Me' by Nathan Marcelin


Check the cool 'Use Me' coming from Nathan Marcelin and Millbeatz Entertainment, which I didn't actually remember hearing but apparently isn't very old at all. Just a very nice and breezy type of vibes which is sure to find a place… stuck in your head.

{Note: After stealing about three different pairs of my Wife's 3D glasses, I couldn't get this cover to work properly] 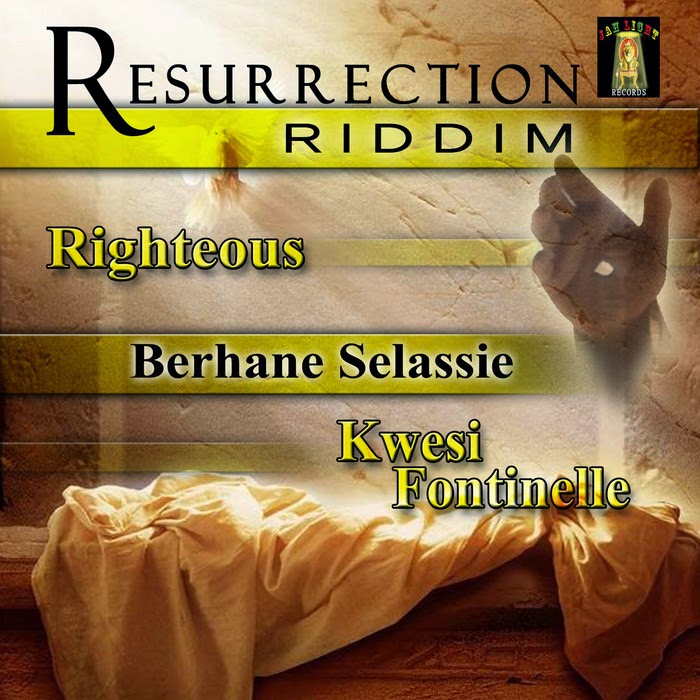 
And finally, after allllllllll of that misbehaving, you definitely do need something in the way of cleansing and offering you that are our friends at JahLight Records with the Resurrection Riddim. This sterling track carries a trio of tunes, two of which come from staples of JLR, Righteous and Kwesi Fontinelle. For his part , Righteous gives us the title track (basically) and one of the highlights from his 2013 EP from JLR, "Rise", 'Rise Up', while Fontinelle, who recently gave us his own EP on the label in "Reconciliation", tells all to 'Step Out In Faith' - a nice song which did not appear on that EP. The third song? 'Behold' comes from the very interestingly named Berhane Selassie and from the long clip that we heard (because Juno essentially cues the entire song and calls it a clip) - it sounds VERY good and I can't wait to hear the full record. And biggup JahLight for suddenly being so active in 2014.

Releases on September 9
Posted by Achis at 9:47 PM