What I'm Listening To: September 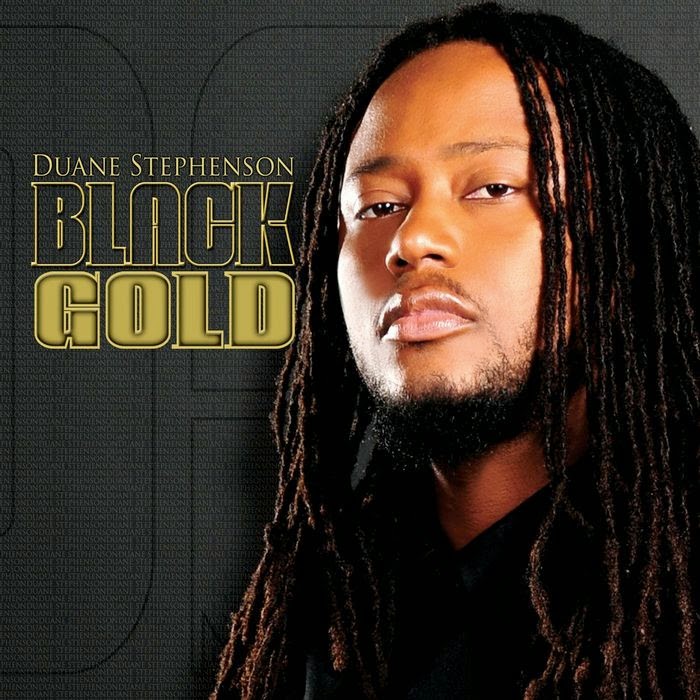 
It definitely has been quite awhile from the last time I picked up "Black Gold", the sophomore solo release from Duane Stephenson but in the name of getting excited for his next set, "Dangerously Roots", which arrives in stores later this month, I've well gone back and had a much needed next listen. Stephenson has this kind of 'dramatic' approach to his delivery which almost always gives his music something in the way of separation from 'the pack'. He can sing almost anything and make it sound so crucial and so important that it kind of lingers with you for awhile when at or near his best. There were some particularly fine examples of that to be found on "Black Gold" with some of the most sterling being 'Sufferer's Heights', definitely 'Fire In Me' and 'Cycle Goes On', 'Jah Works' and Stephenson's cut of the Classic Riddim, 'Soon As We Rise' - along with many more. "Black Gold" was really a fine album and though I don't think that it has aged well in terms of its popularity, there was so much wonderful material on this album and you should, like me, definitely dig it up today. 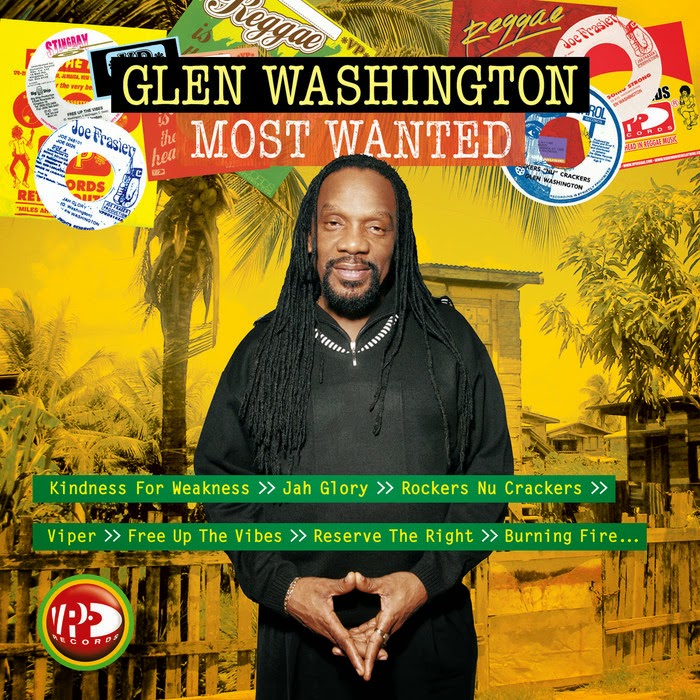 
Sometimes you just FALL into songs and find yourself wholly incapable of stopping them and that has well been the case for me in regards to the absolute madness that is 'Kindness For Weakness' via the downright masterful Glen Washington. Though you'll find it on other albums, consistently the most readily available for me is his "Most Wanted" set. This very short-lived (but very useful in my opinion) series from VP Records and Greensleeves has come and gone, but as someone who was increasingly becoming a fan of Washington's at the time, this was and remains its high-point for me. The compilation didn't only contain one song and, instead, 'Kindness For Weakness' was surrounding in a few other big tunes such as 'Burning Fire' [TEARS!], 'Jah Glory', the sweetness that was 'One Of These Days' and others. It would probably make for a nice vault review someday, but until then (or unless then) this album is not far from my players these days. 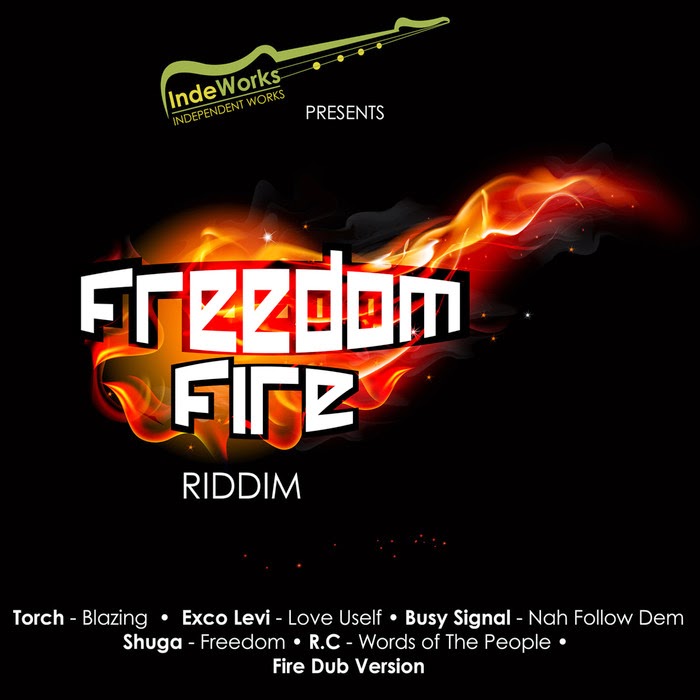 
Biggup Independent Works for bringing through the golden Freedom Fire Riddim which has recently made it to a full digital release and has caught my attention. I believe this track actually originated a couple of years back or so as it contains at least one song with which you might be familiar, 'Words of The People' by Righteous Child. Joining the RC is a very nice cast of vocalists which includes Shuga, Torch (whose contribution, 'Blazing', is exactly what its title indicates), Exco Levi and an all conquering Busy Signal with the downright masterful 'Nah Follow Dem' which continues the blaze for the keeper of the fireball. The label is also kind enough  to feature a dubbed out version of the Freedom Fire Riddim which is an excellent touch here in my opinion. A very nice release. 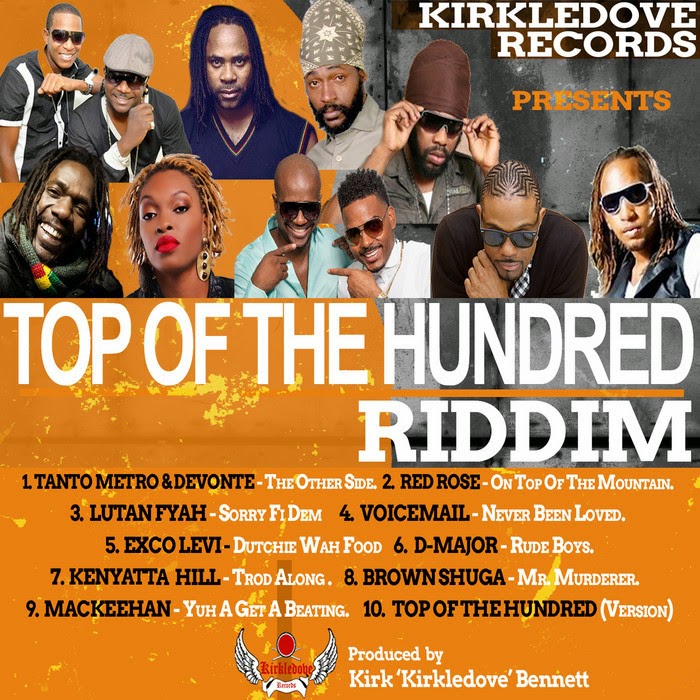 The Top of The Hundred Riddim [Kirkledove Records - 2014]


We're also looking at the Top of The Hundred Riddim from the fine people at Kirkledove Records. This track, too, may be a couple of years old, but it, too, is FANTASTIC. With a hint aimed at really old school Dancehall, the Top of The Hundred is candy to my ears and though I may not be entirely crazy about every song it carries, it does feature a few magical moments. Those come via the likes of Tanto Metro & Devonte (and I've never been a fan of theirs, but you give full credits where it is due and it is in this case), Exco Levi, Shuga and Lutan Fyah. Solid efforts also come from Red Rose and Kenyatta Hill as well and, of course, Kirkledove's sterling instrumental. 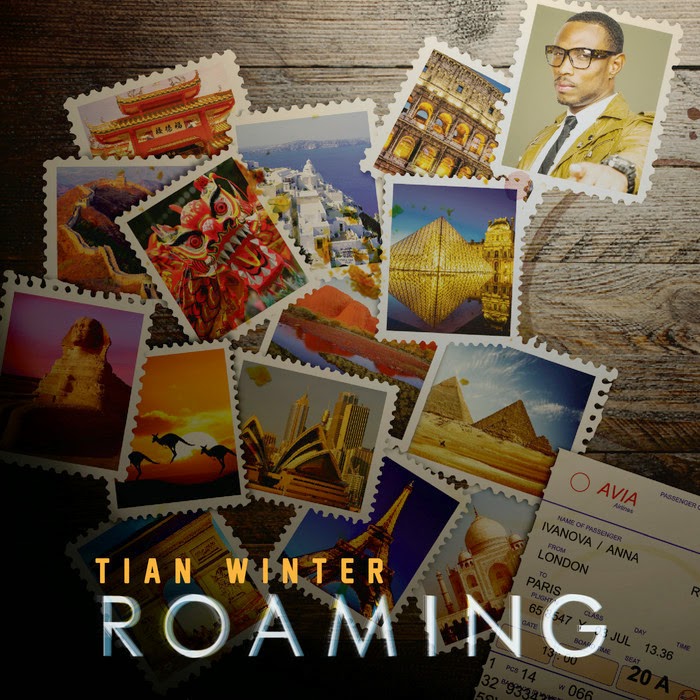 
Finally, the last thing on my radars this month comes courtesy of my very pregnant Wife who has found herself at the musical mercy of the likes of Mr. Vegas, Lady G ["Yuh eat??? Yuh cook? How you fi answer question wid question???"] and Tian Winter. As it turns out, two of her favourites from the third are found on his 2013 album from Precision Productions, "Roaming". They are the title track and the awfully infectious 'Good Time'. The album also featured a few other exceptional releases from the always interesting Winter (who took his… eight-hundredth Groovy Monarch (or whatever they call it) crown in Antigua) such as 'Daring You', 'Superstar' with CP, 'Adrenaline' and personal favourite 'Throw Back'. But who cares what I think. Biggup my Wife and check out "Roaming" from Tian Winter or one of his other several very similar albums (his music is just so easily accessible and digestible). If you like this one (and you will), you'll likely like them all.

Digital
Posted by Achis at 5:25 PM