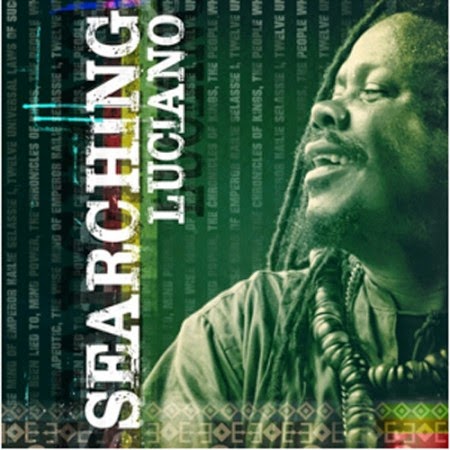 
Jumping first this week is certainly a big deal as the legendary Luciano returns with a brand new album via the wonderful people at Diamond Rush Productions (biggup The Volcano Trumpet), "Searching", which reached back in August. Luciano is interesting because, even when not at his best, he's established a certain level of quality which he seems incapable of dipping beneath and while “Searching” may not be his finest work to date (it isn't), it is a very solid album in my opinion featuring big tracks such as, most notably, the title song and the delightful 'Jah So Sweet' and several others. Luciano and DRP also took care to make some nice moments to shine on the surface and "Searching" features combinations with stars Capleton, Lady Saw and Marcia Griffiths. Still, the finest guest is made by Emperor Manjusha who turns up 'Haile Jah' in a major way. 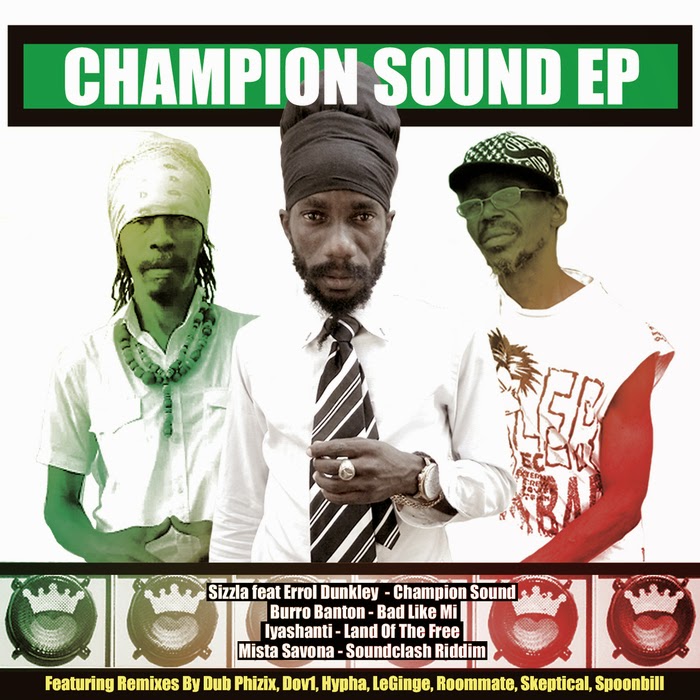 
Former Luciano stablemate, Sizzla Kalonji, once again stars on a project coming from Mista Savona and Muti Music from out of Australia as somewhat of an accompanying piece to the album label and artist set earlier this year, "Born A King". Prior to the album Muti Music did similar releases for singles which had multi mixes of the tune and they've (nicely) saw no reason to discontinue the practice as "Champion Sound" is in now. Featured here are no less than ELEVEN mixes of the title track -- two of which feature Turbulence (another Xterminator product) and Errol Dunkley which you should be well familiar with -- and filling up the ranks are other songs on the riddim from the Burro Banton, Iyashanti and a stirring combination featuring the great Johnny Clarke and veteran chanter, Determine (who has been, quietly, on a very strong stretch recently), as well as a clean version of the riddim here, the Soundclash from Savona. A very interesting and clever idea in my opinion and one which I'm glad that they've continued in building. 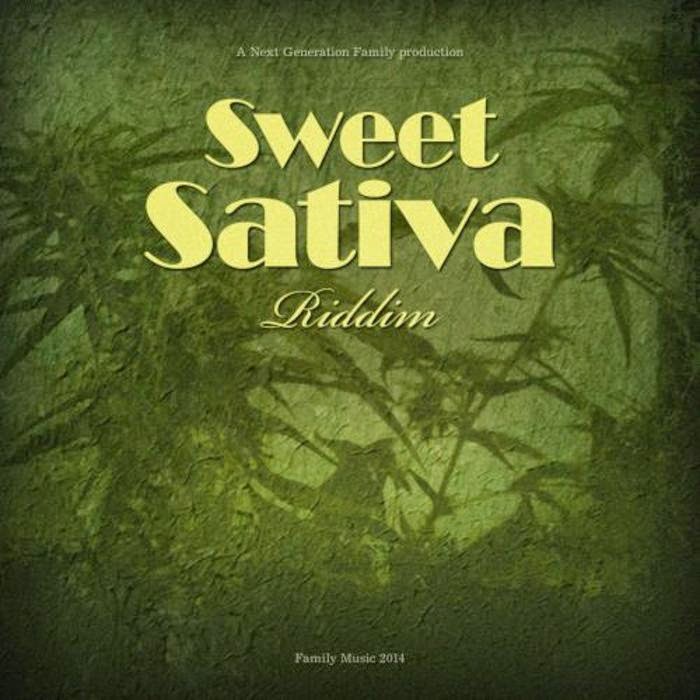 
DEFINITELY check out the latest effort from Family Music and the Next Generation Family from out of Germany, the SWEET, Sweet Sativa Riddim. This track is nearly divine and came in as candy to my ears and fortunately the NGF and Family Music didn't just enlist the talents of anyone to handle the vocals. Instead, they've placed their gem of a composition in the hands of very talented names such as Raymond Wright, Uwe Banton, of course Fyah T (biggup Fyah T), Suga Roy & Conrad Crystal, the Vanguard Leader, Fitta Warri and others. Still, the song I was most looking forward to hear came courtesy of Achis Reggae favourite, Montserrat fire-breather Jah Marnyah who absolutely dazzles with his effort here, 'Stress Free' and I should also mention Al Pancho who turns in a big tune as well. And more credit goes to the labels here for including a dubbed out version of this giant lovely riddim which you should go and pick up - like right now. 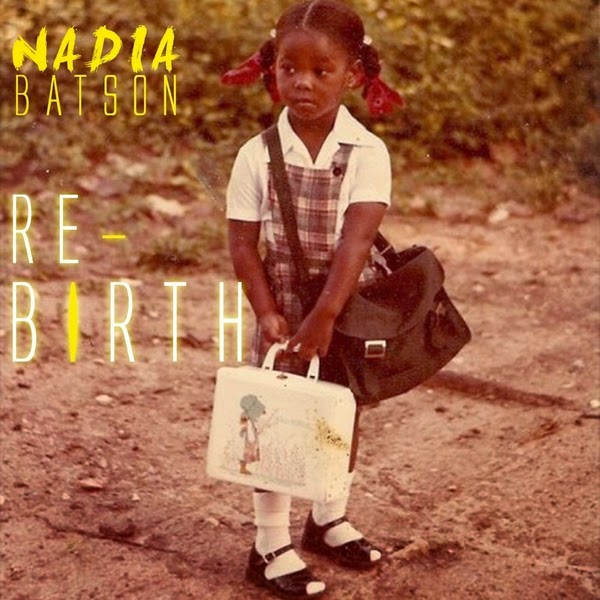 
Although the shelves haven't been exactly brimming with albums from Soca stars in 2014, it has been a good year still. Certainly a lot of that had to do with the fact that Bunji Garlin dropped one of the genre's most anticipated albums in… ever, "Differentology". But we've also seen sets come via Destra, Farmer Nappy, Kes and Machel Montano who makes an album or two every year and I'm probably forgetting someone else. Maybe "someone else" like the always active Nadia Batson who did her part with an album which may lay a significant claim to being THE best Soca album of 2014, "Rebirth". Batson is someone who, at this point (and for a few years now), has been one of the genre's most all-around talented figures and it is put on a full and vibrant display on "Rebirth" for which an argument can be made as being her BEST album to date (although "Caribbean Girl" still gets my vote). This album features BIG tunes of all varieties such as the monstrous 'Bad Influence', 'Rated R', 'Di Most Unruly' alongside Lavaman, 'Prisoner' and others. However, with that being said, the album's coolest feature definitely comes at its tail when Batson amazes with a song I don't recall hearing at any point, the lyrically sensational 'More Nadie', which is not to be missed. 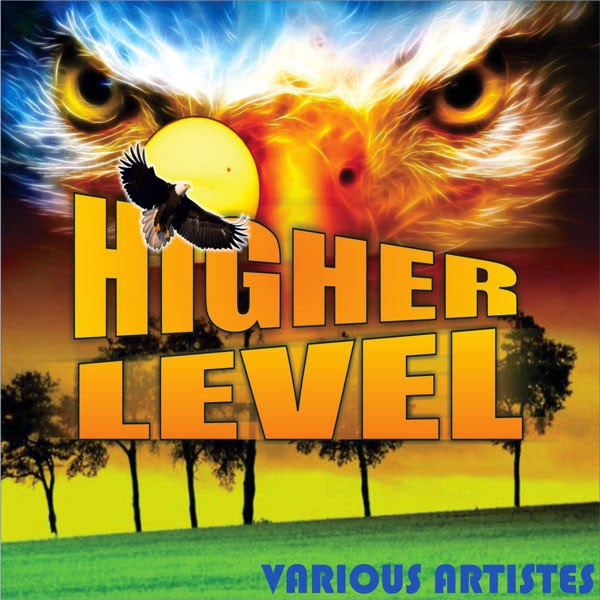 
Biggup Ssignal Productions who, through the downright inescapable amazing people at Fox Fuse, deliver this very interesting compilation, "Higher Level", which shines the spotlight on some of the up and coming Reggae talents from out of Guyana. The project is a riddim album (presumably for the Higher Level Riddim), which actually features almost completely 100% female vocalists who you're unlikely to have heard of, but following their efforts here, you're unlikely to forget. In my opinion, you should pay a special amount of attention to Charmaine Blackman (who has a very interesting voice), Natoya London and Amanda Peters, but nearly all of the songs on this track are at least decent. Check it out for yourself - a very nice Lover's Rock collection. 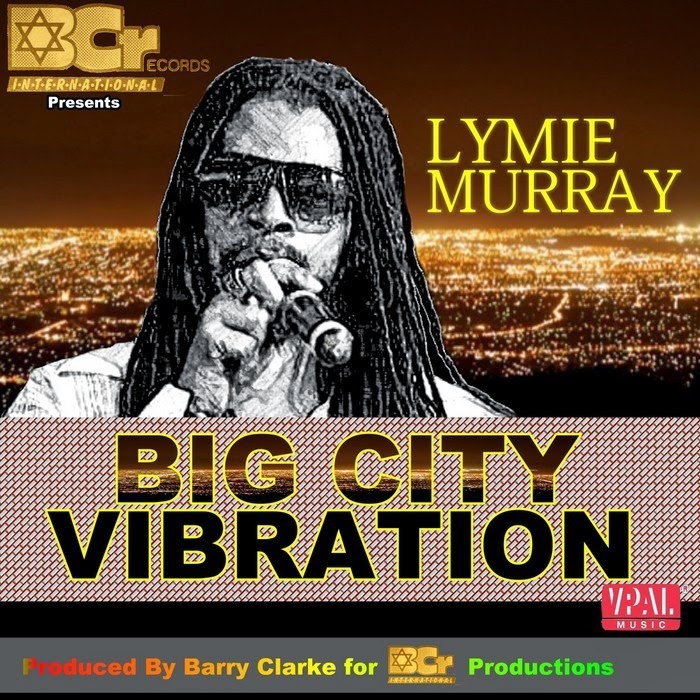 
Sweet singing veteran Lymie Murray is back with a brand new album from BCR Productions, "Big City Vibrations". I've yet to hear this album but I've been listening through the clips for awhile now and it sounds fairly impressive, which you should expect in considering the source. Murray is someone who definitely is well-respected in certain crowds so, although I hesitate to call him underrated, I suspect that this album could do a lot of good work for him should the masses get to hear it. "Big City Vibrations" (delivered by VPAL) features Beenie Man and Mikey General and I have a VERY good feeling about this one. Beat me to it and pick it up today. 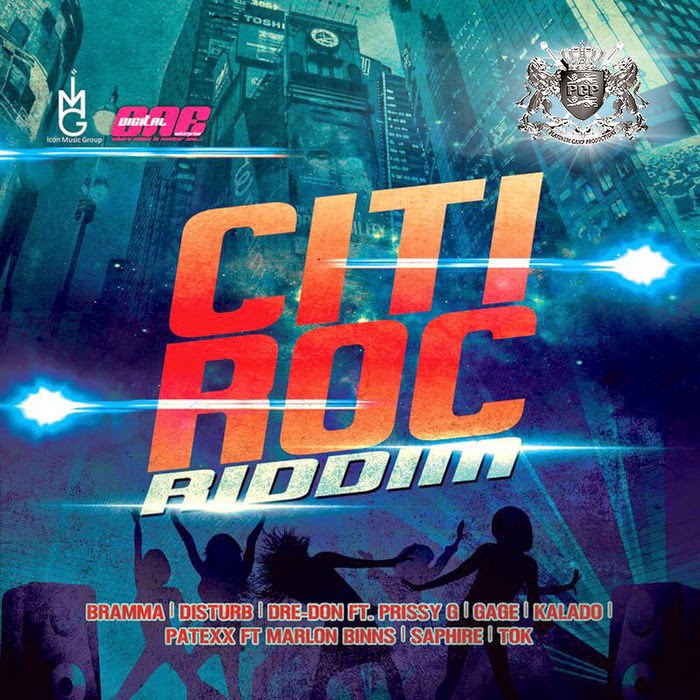 Quickly, although I'm not really that fond of the Citi Roc Riddim as an album - it has one or two songs which I really enjoy and is, otherwise, surrounding by average and below average work - I do definitely like the wildly infectious actual track (and its album cover) from Platinum Camp, Digital One Enterprise and Icon Music Group, which shine in several variations throughout here making IT the real star on its album. Aside from that, give me 'Shorty' by Bramma, Kalado's 'Life' and maybe 'Never Scared' by TOK and… you can keep the rest of these. 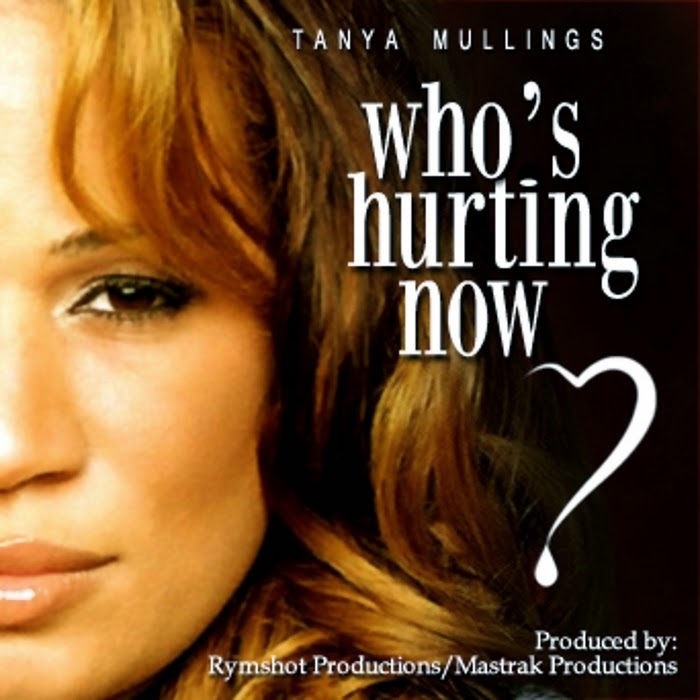 
We don't hear nearly as much from either Dean Pond and his Rymshot Productions or esteemed Canadian songstress Tanya Mullings that we'd like to and, in one shot, we get them both together again as the two team up for Mullings' new single ‘Who's Hurting Now?'. Hopefully (and expectedly) this strong tune leads to some type of full project which would be very well anticipated. 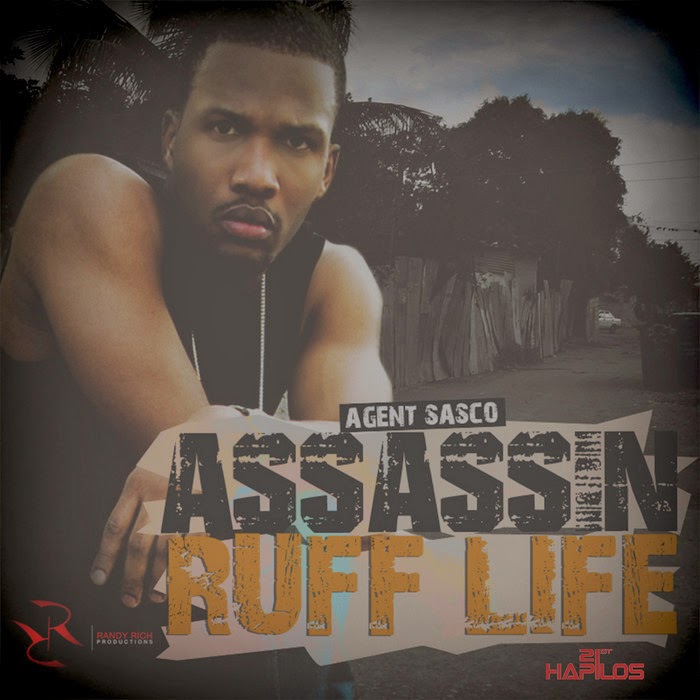 
To my opinion, still the Dancehall's most talented star, Agent Sasco, is back again with a dominant single from Randy Rich Productions, 'Ruff Life'. Were I not so damn tired of waiting for it, I'd still be calling from a new album from the DJ (it's been… maybe eight years now???) and songs like this are the biggest reason why. 'Ruff Life' is easily one of the biggest Dancehall tracks that I've heard in 2014 and Sasco persists in his brilliant run which goes back around half a decade now. 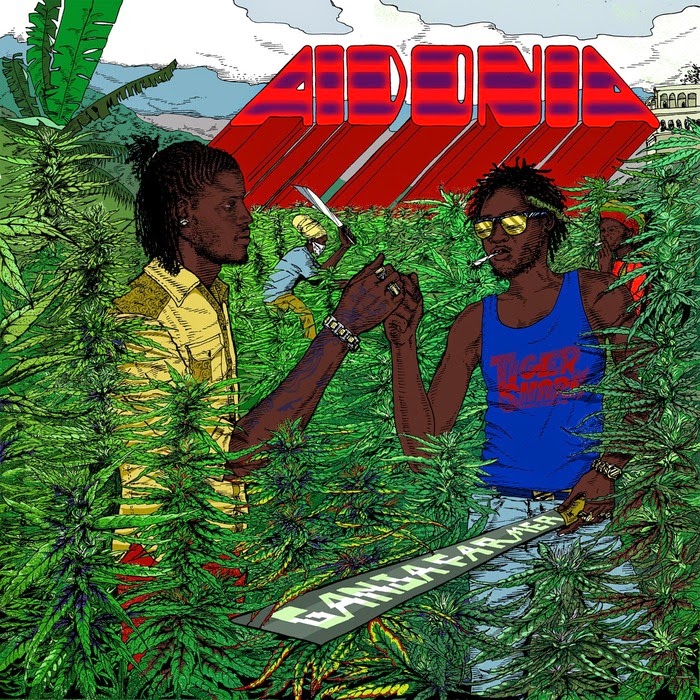 
And lastly, biggup Aidonia who teams up Tiger Shark Records to go Marlon Asher on the masses (not really) with 'Ganja Farmer'. This is a song which doesn't go into the kind of ultra-aggressive and entirely unrelenting (and unrelentable) Dancehall for which Aidonia is most known (and for good reason, when he's at his best or anywhere near it, he is one of the greatest to ever do it, already) and I love to see the ultra-talented step outside of their 'comfort zone', which he does here in a fine way. The full release carries all kinds of mixes of the very well displayed track in a delightfully old-school fashion.

Digital
Posted by Achis at 3:51 PM