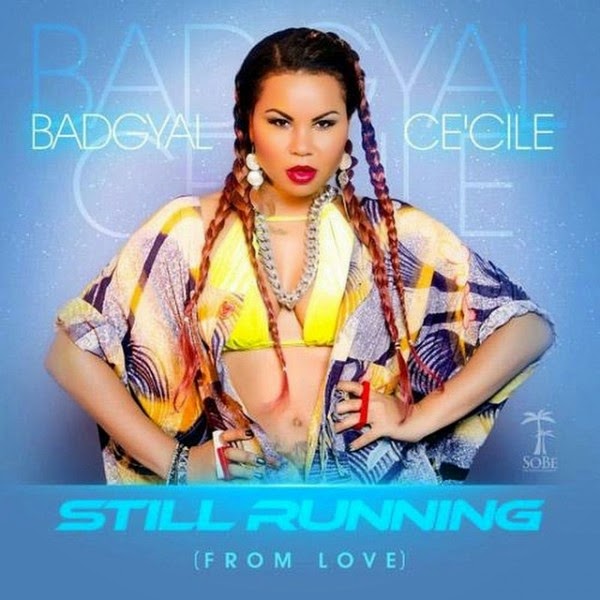 
Joining the likes of Alaine, Etana and, of course, Sara Lugo (and someone else we'll tell about in a minute), Dancehall star Ce'Cile is set make her contribution in turning October into, apparently, Women in Reggae month as she, too, is set to deliver a brand new album. "Still Running" comes via Ce'Cile's former (and apparently current) home, the international SoBe Entertainment who is best known in Reggae circles for dealing with Jah Cure's work including, most recently, his latest album 2012's long overdue "World Cry" set. Like that album, "Still Running" also seems to be quite 'open ', unsurprisingly, and while it may not be the hammer Reggae fans were hoping for (and given the material she's been doing over the past few years, Ce'Cile definitely does have another big Reggae album in her) but it may also prove to be a project which attracts a whole heap of well due attention in her direction. Anthony B, Richie Loop, hip-hopper Flo Rida and others guest. 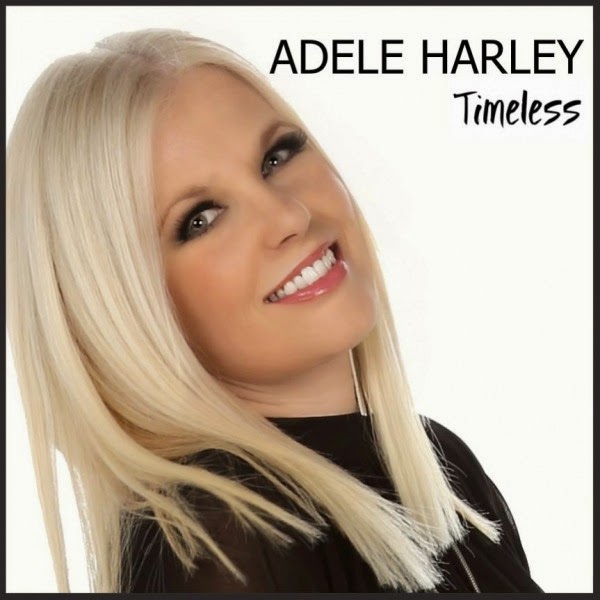 
Also returning in October is UK Reggae songstress Adele Harley who, once again, finds comfort in the musical arms of the well esteemed Mafia & Fluxy who anchor her new record (just as they did the one before it and just as they likely will the one after it), "Timeless". Harley, like many of her peers, focuses on  that stereotypical old-school Lover's Rock UK sound which, as I get older, tends to find a very welcomed place in my personal rotation. I have had a quick listen to "Timeless" and, as expected, it does follow course. This album is absolutely DELIGHTFUL. Of particular interest are the album's first single, 'Walk Away', 'Smile' (which is reportedly set to be its next) and a BEAUTIFUL tune by the name of 'Suddenly'. A possible gem for more 'experienced' heads, "Timeless" figures to be well worth the wait when it reaches. 
The always interesting Honorebel has also been at work on a new release which is set to come to fruition next week. The DJ is always an interesting case as he constantly seems to be bubbling just a step or two outside of the greatest of mainstream attention and, perhaps, some of the material to be found on "Honor Roll" can give him that final boost or two. He's certainly enlisted some of the finest help he could get his hands on as featured on "Honor Roll" (great title) are the likes of the aforementioned Cecile & Lady Saw (on the same tune), Daville and even Pressure Busspipe. Also included on "Honor Roll" is the very popular 'Seize The Night' which finds Honorebel being joined by the downright inescapable Pitbull. Should be a fun album. 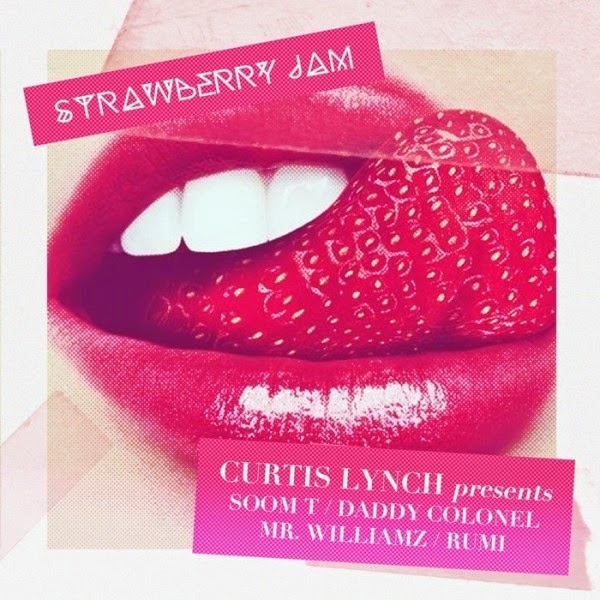 
Though we don't seem to hear from them nearly as much as we'd like to, Curtis Lynch Jr. and company at Necessary Mayhem in the UK remains amongst my favourite labels and it is output like their latest piece, the Strawberry Jam Riddim which most vividly explains why. This track is Dancehall CANDY which is turned over to some very impressive talents. Those include Achis Reggae favourite, Mr. Williamz, Daddy Colonel and Rumi (a new name to me, I believe). HOWEVER, those three are fighting for what is left after Soom T absolutely SMASHES the Strawberry Jam Riddim over her head and leaves it to ruins with her MAMMOTH Natasja-esque 'Na Na Na'. 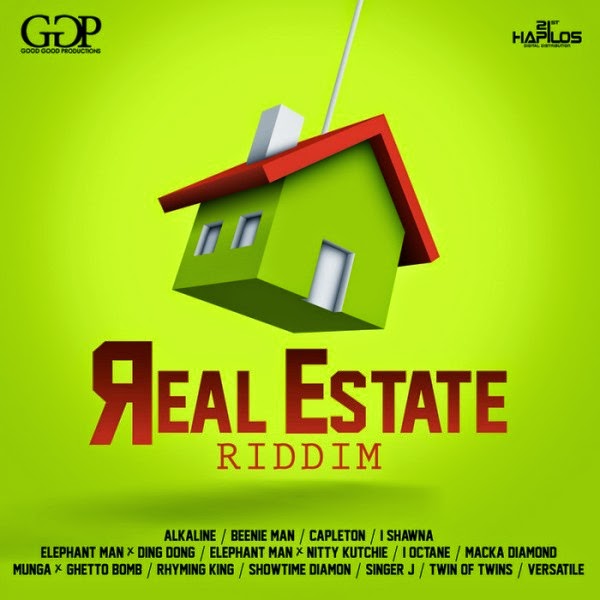 
Good Good Productions is a label which may not get the credit that they deserve, but have put together a very respectable catalogue in the last few years or so and it's gotten even brighter with the addition of their heavy Real Estate Riddim which is also set to reach, officially, next week. This set is straightforward and ultra-aggressive modern (and actual) Dancehall music which is always and it's even better when turned over to some more than capable vocalists which is the case here. Featured on the Real Estate are the likes of Beenie Man, Capleton, Ele, Alkaline (with the wildly infectious 'Grave Dem A Go'), I-Octane, Munga, Macka Diamond and others. Every track on this riddim is not good, some of them aren't even close, but the actual riddim shines throughout. 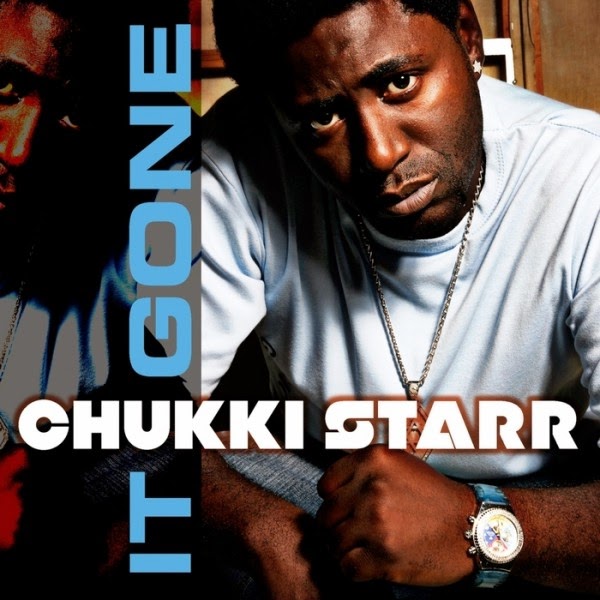 'It Gone' by Chukki Starr [Pull Up My Selecta]


It seems as if the days of Chukki Starr being as active as I’d like him to be are gone and that's okay (not really), but I will continue to make the case (even today) that when it comes to lyrics and delivery, the UK veteran standout has very little in the way of equals and it comes blaring through on his latest single, 'It Gone' from Pull My Selecta. He dazzles at times on this bouncing social commentary which is amongst his very best pieces in recent times in my opinion. I do hold the smallest of hopes that the Starr might bless us all with a new album at some point in the future because, as is evidenced here, it could be (and should be) masterful. Stay tuned. 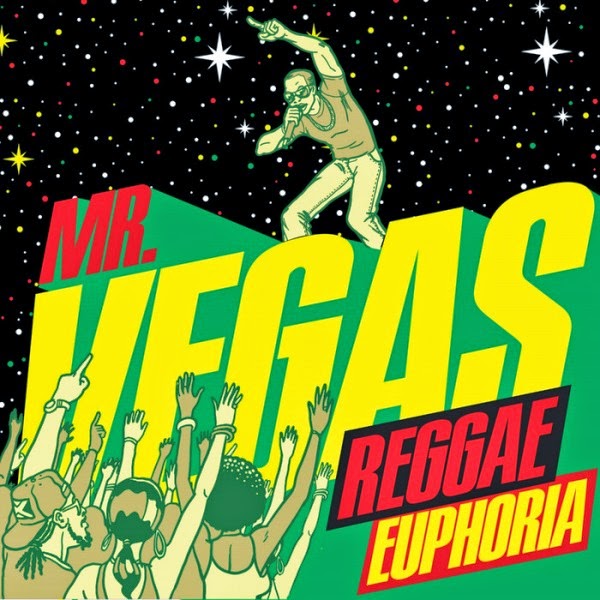 
The door is always wide open for Mr. Vegas who is in next with his latest album, "Reggae Euphoria". As I've said in the past, though I've never been and likely never will be Mr. Vegas' biggest fan, he will just as likely have my full respect throughout the remainder of his career for sticking to his words. A few years back, seemingly tired of all of the Hip-Hop music which had so unfortunately infiltrated Dancehall music, Vegas stated that he simply would not record that type of music and, for the rest of his career, would stick to actual Reggae, Dancehall, Soca and Gospel music and, as far as I can tell, he's stayed true. "Reggae Euphoria", as its title would suggest is no sudden deviation and the early buzz behind this set has been very impressive as well and deservedly so as it features some very big tunes, particularly in its latter stages. As he gets older, at least for me, Mr. Vegas continues to turn out some very big material and, at such an advanced stage of his career, now sits as one of the genre's most dependable stars. 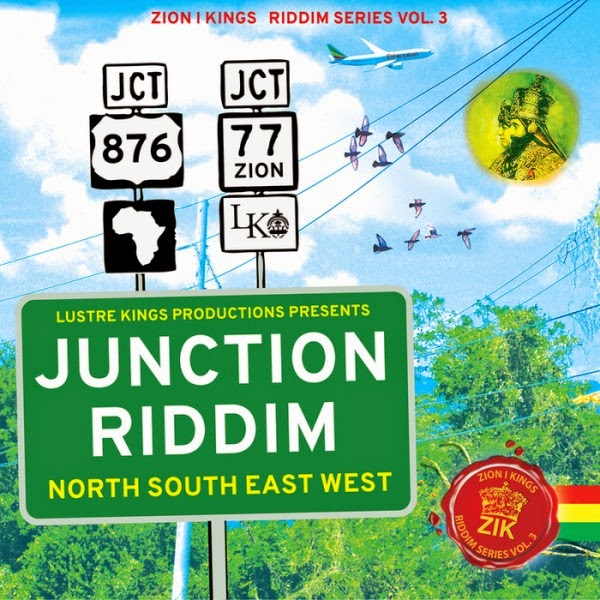 
We're also, WONDERFULLY, pleased to finally see arising the latest and third instalment of the increasingly interesting Riddim Series from the constantly flaming Zion I Kings collective. As the first set, the Songbird Riddim ["When I hear the songbirds I think of you"] [biggup Danny I] was delivered by I Grade Records and its successor, the Jah Warriah Riddim came via Zion High Productions, happily pulling in #3 is Lustre Kings Productions who we've not heard from, in a full format, in quite awhile, but make a triumphant return with the Junction Riddim. Both of its elder siblings have been loaded with class and top notch production and the Junction figures to well maintain those levels and, in a typical ZIK style, manages to assemble some damn impressive talents to put that on a full display. Like who??? Voicing the Junction Riddim are Pressure Busspipe, Lutan Fyah, Vaughn Benjamin, Lloyd Brown, Perfect Giddimani and Jahdan Blakkamoore alongside Kabaka Pyramid on the previously released 'For The Children' which is not to be missed. You shouldn't skip this entire project and you can expect a full review when we get our hands on it. 
Biggup the Fireman Crew and Union World Music who are pushing a stellar new compilation of tracks on the absolutely GORGEOUS Four Seasons Riddim from the former. I do have a complaint about this one as it does not include a clean instrumental of the riddim itself which would have given any tune it carries an excellent push for the album's single best tune. That's definitely saying something when you consider exactly who provides the vocals on the Four Seasons - that honour goes to a very talented group which is headlined by Lutan Fyah and Daville, but also includes Denham Smith, Torch, the always impressive Miriam Simone (whose 'Protect Me' is fantastic) and Ras Mc Bean whose contribution, 'Love The Life You Live', also appears on his fine recent album, "Inlightment" from UWM. A big riddim (sounding like something from out of Don Corleon's catalogue) which you have no reason not to check when you can. GREAT COVER! 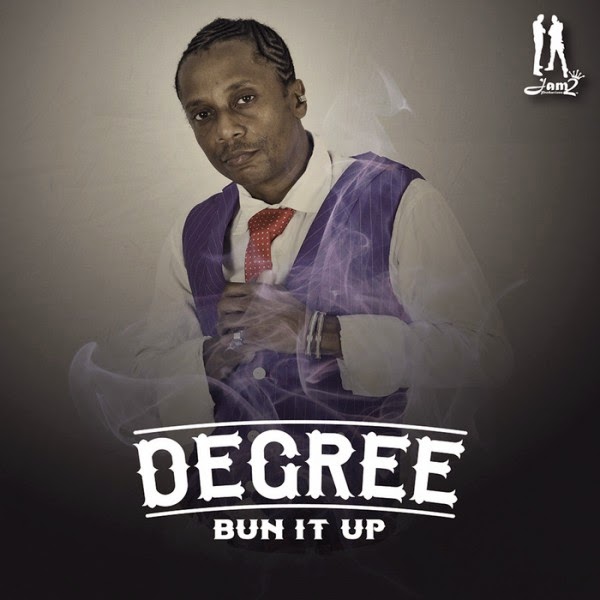 'Bun It Up' by Degree [Jam2 Productions]


And finally this week, there're quite a few people who will never have to work very hard at all in getting my attention and, as I've said in the past, one of them is General Degree who has another very fun and big tune out now which you should check out, 'Bun It Up'. The song comes via the very active Jam2 (who has had a very impressive 2014) and, as you would predict in a pairing of vocalist and producer, turns out very, very well. See for yourself when you check it out today.

Digital
[Note: Released on some formats, releases on September 29th on others]
Posted by Achis at 3:34 PM