What I'm Listening To: December

You won't find it on any album that I know of but, BY FAR, the song which has been the most popular around my house these days is the ridiculously infectious Hitz produced 'Tanti Woi' by Soca veteran and staple Blaxx. WHY might a several year old tune suddenly take hold like that??? Because every time I scream "tanti woi!" it mashes up my daughter and she laughs deliriously and… I just can't stop. You won't be able to either. Take a listen… but be careful. 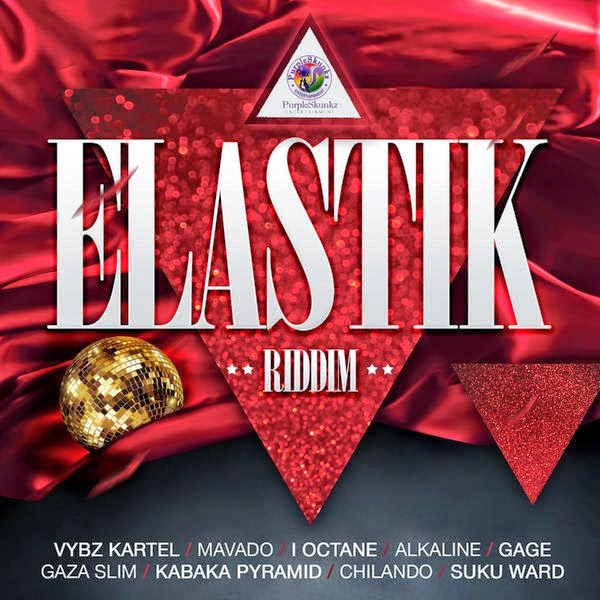 
We mentioned this one not too long ago (and if this works out correctly, that would have been just the most recent post before this one) but also definitely holding my attention is Kabaka Pyramid's monstrous contribution to the Elastik Riddim via Purple Skunkz, 'Lock Down D Place'. The song may just prove to be the greatest lyrical performance of 2014 as the Pyramid absolutely thrills and, seemingly, does so organically and effortlessly. BOOM! 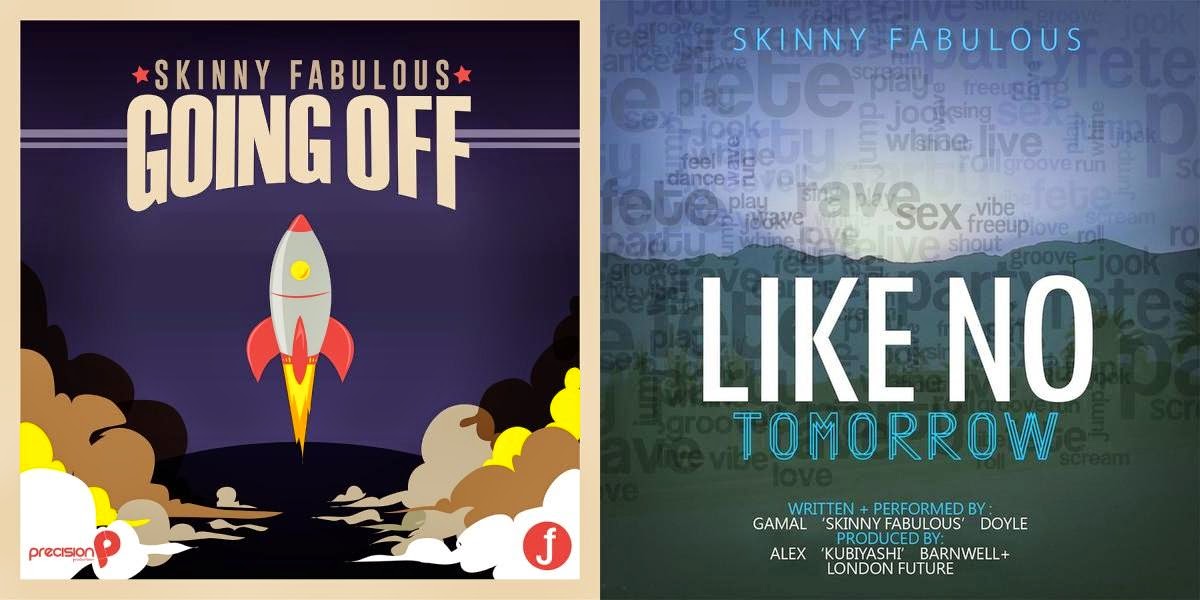 Skinny Fabulous
Biggup Vincy Soca powerhouse and role model of poor behaviour, Skinny Fabulous, for a couple of songs which I have also fond myself suddenly incapable of ignoring. One of them, 'Like No Tomorrow' from Ronin Records and featuring Leanne Thomas, is a little older but I hadn't paid it a proper attention until fairly recently and that was yet another giant mistake by me. It does have a bit of a different and more serene type of vibes that you're used to from Skinny but it also has a very hard to ignore SHINE about it which is now well evident on my radars. There's also a subtle but definite intensity to the tune on the lyrical side: Tomorrow might be absolutely terrible -- you might even be dead when it gets here -- so today we play like it doesn't even exist! BOOM! The other tune, the Precision Productions steered 'Going Off' is instant CANDY. We've also mentioned this one previously and, deservedly, we bring it back. It's almost frustratingly intoxicating but I'm not complaining very much at all. Also check Skinny's track from the Town Ting Riddim, 'No Control', and biggup Skinny Fabulous who figures to THRILL us once again in the 2015 season. 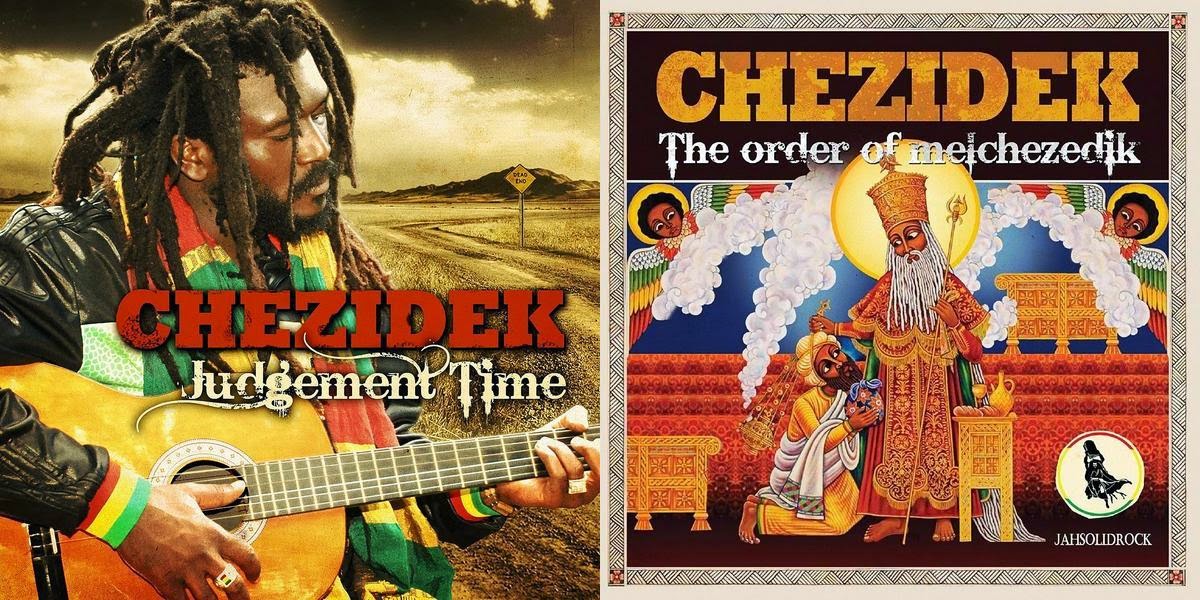 
Also on my radars this week is a not-too-distant trip back in time to a couple of occasions during which vocalist and label meshed perfectly and produced a 'certified' (by our standards) classic and a potential all time great as Chezidek linked with Dutch label, Not Easy At All Productions for modern Reggae mastery! Those albums, 2010's "Judgement Time" and "The Order of Melchezedik (which I was wholly convinced was released just earlier this year and was actually somewhat surprised when I realized that was last year) [WHAT!]. Both albums, alone, stand as fine projects but I like to look back at them, and I think that history will do the same, as a pair to see some of the greatest musical chemistry that we've seen in recent times. And also, we're always in the discussion of how Reggae music has spread and though these examples won't get that same type of attention, I think that Jamaican singer and Dutch label making music that sounded like this is a might point of illustration to how the music has full-on shrunk the world. These two are mandatory though, you should already have them.


"SEARCH AND YOU WILL FIND
JAH LOVE!
THERE'S NO PLACE THAT CAN HIDE FROM
JAH LOVE!
IT IS SOMEWHERE THERE INSIDE
JAH LOVE!
SO JUST PUT AWAY FALSE-PRIDE
JAH LOVE!" 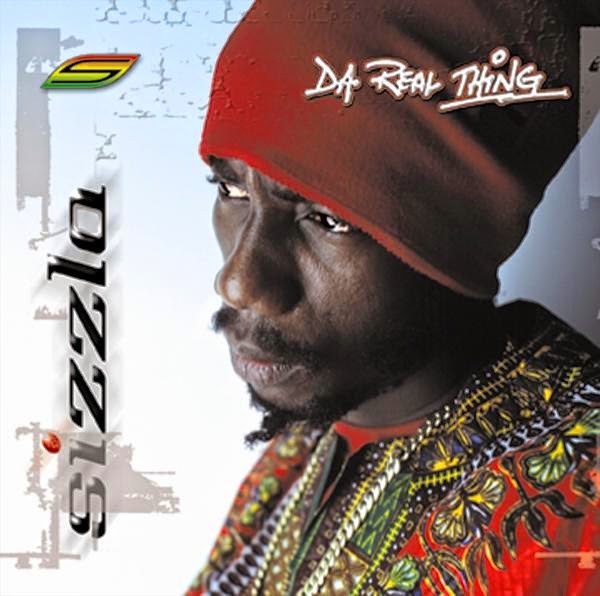 "Da Real Thing" by Sizzla Kalonji [VP Records - 2002]
And lastly, I have to mention one of the greatest albums of all time (an album which can well lay a significant claim to being the greatest modern Reggae album ever ("modern meaning after the turn of the century)), "Da Real Thing" by Sizzla Kalonji. This release always finds its way onto my players this time of year. Why? Because today, the first of December, we celebrate the birth of my AMAZING and WONDERFUL MOTHER [Hey Mama! Hi Mama!] who is fifty-nine years young today. BOOM! THANK YOU MAMA!