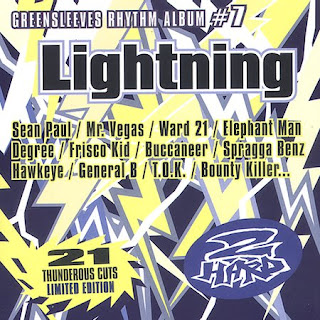 Don't ask me why (pleeeaaaaase don't ask me why) (... well, you can if you want, I don't know) a nearly two-decade riddim has found its way back on my radar, but it has and has done so almost totally because I am simply not strong enough to stop listening to one of its tunes. As the subtitle here alludes to, of course it is 'High Grade Forever' by Bounty Killer. I can suddenly listen to this song continuously on replay for... hours. For no reason at all, but there you go. To its credit, the riddim itself was exquisite. Built by Jeremy Harding for his 2 Hard imprint, the Lightning was pounding and unforgiving and along with playing a perfect backdrop to an indefatigable Killer, it also served well in the capable hands of the likes of General Degree, Spragga Benz & Sugar Slick, Ward 21, of course Sean Paul and Sean Paul's friends, Nadine Sutherland and even Gabriel (remember Gabriel/Levardes???). Still, despite my current state (I'm listening to it right now and will continue to do so, there's nothing anyone, including (especially) me can do to stop me), the best song on the Lightning was 'Bun Friend Enemy' by TOK. "... a nuh bush weed neva!" 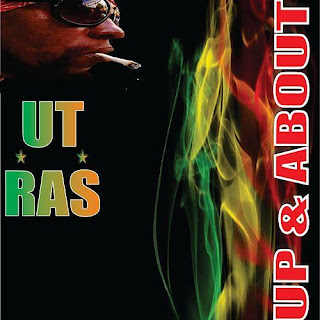 Unsurprisingly, this drop from earlier this year (2016 is just flying by) got virtually no attention from anyone, but it was an album I had been looking forward to for nearly a decade. Wayyyyy back in 2008 Grillaras Productions delivered an exciting Roots set by the name of "Tha Bitter Stretch" from the just as exhilarating UT Ras ["Man a ancient warrior!"]. It was an outstanding and infectious debut album and I was well looking forward to the sequel. Well, we've all stuck around (if you're reading this, I can assure you that you are still alive) long enough to see it and here it is. "Up & About" is UT Ras' sophomore offering, this one coming courtesy of CD Run and while I can't at all put it the quality stratosphere of its predecessor, "Up & About" is still a tough, tough release. What it lacks for in the spectacular, it makes up for with a consistent and somewhat surprising 90's style Dancehall sound - highlighted by solid efforts such as 'Sprut', 'Safe Travel', 'Yap Yap', 'Auling Key', personal favourite 'Can't Tired' and the title track. Again, it isn't the best album you'll hear and it sounds like something straight out of the year 2000 or so, but definitely check out "Up & About" by UT Ras, if for no other reason than because you've been waiting on it for 8 years... biggup Elijah Prophet. 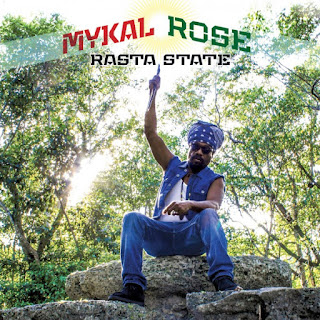 Inside of the same month or so VP Records deliver very strong albums from immortal veterans Freddie McGregor and now Mykal Rose who steps forth with another album I've been looking forward to getting my paws on (although not quite for eight years), the King Jammy produced "Rasta State". On paper this album couldn't be bad even if it tried to be and, thankfully, it did not as the two legends team up to offer a piece which shows the occasional flash of absolute brilliance in its fifteen tracks. To my opinion (albeit an early one, I'm still working on this one), "Rasta State" is an album whose real power comes in its subtleties. There are some REALLY big tunes here which may be destined to go overlooked by the masses but are wholly DOMINANT material. Example? There is a WONDERFUL tune on this album by the name of 'Hungryness' which I don't think will attract much attention but will reward anyone mindful enough to give it a bit of extra attention. The same can be said for pieces such as 'Free Education', 'Unity' and others still. Rose is someone who definitely does NOT have a kind of subtle style, but it is very interesting to hear it play out on what is turning out to be a very DETAILED project. 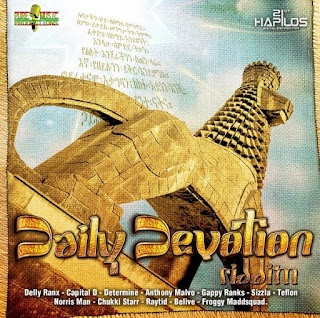 Biggup Delly Ranx and co. at Pure Music Productions for this golden composition from earlier this year, the Daily Devotion Riddim. The actual track here is so compelling because it sounds like a Reggae/Jazz type of a fusion (biggup Sara Lugo) which, in most cases, works excellently for the vocalists. Speaking of vocalists, it is Delly himself who makes a case for the biggest tune on his own riddim (as it should be) with 'Ganja Devotion', and he is joined near the quality head of the release by the likes of Sizzla Kalonji with the damn familiar 'Babylon Judgment', Norris Man [BOOM!], and UK duo Gappy Ranks and Chukki Starr who both shine on their solo efforts, 'Pool of Lava' and 'The Knowledge', respectively [--for his actual talent, what he is capable of, Chukki Starr may just be one of the most underrated Reggae artists that we've ever seen, the man can effortlessly pour out winners and the appropriately titled 'The Knowlede' is a glowing display of just that--]. 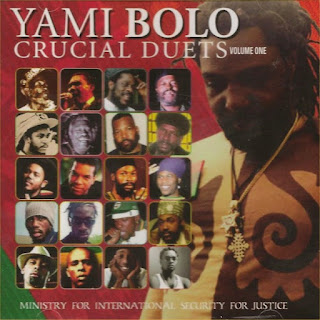 
And finally, give a MAMMOTH thanks to an old friend of mine, Clark, who dropped his suit and glasses and picked up his cape when he passed on this difficult to find gem about a month ago (I have known clark since I was about seven years old, almost thirty years) (biggup yourself Clark). "Crucial Duets Volume One" was a compilation of some of the strongest combination tracks featuring one of my truly favourite vocalist throughout all of modern Reggae music, the incomparable Yami Bolo. Today we see these well-conceived "... and friends" projects (biggup Mark Wonder) (biggup Sara Lugo) and this drop was very much of the same type and, like the new ones, it too was very strong. "Crucial Duets" featured a strong mix of tunes with which you were likely familiar such as 'Liberation' alongside Capleton and 'Curly Locks' with Merciless; blended with lesser known lights featuring contributions from such artists as Qshan Deya, Jack Radics and even Bounty Killer. The album also carries the weight of legends in the form of Dennis Brown, Lee Perry, Sugar Minott and others still. And as a bonus (for me), also included was 'Spread The Love' with Lutan Fyah, the duo's cut of the WICKED Talking Drum Riddim courtesy of Lustre Kings Productions. We've seen this one available at the odd online retailer and it is well worth tracking down for fans in my opinion. Check it out.