What I'm Listening To: Looking Up

Been sick [as usual], having a few good days though 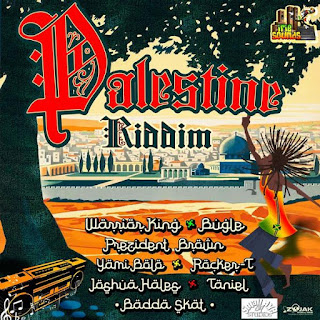 
First up today is something which has been on our radars for more than a minute as our old friend from Irie Sounds International, the indomitable James Lord, continues what is ultimately (and apparently) going to turn out to be a downright stellar 2016 for his label with the HEAVY Palestine Riddim. Earlier this year ISI dropped the highly regarded latest album release from veteran chanter Warrior King, "The Rootz Warrior" which featured the King's cut of the Palestine Riddim, 'President Yahya Jammeh'. So you may (and you should) be familiar with the track via that song, but it also offers a few more reasons to get acquainted if you haven't already… namely the downright MONSTROUS 'Jah Is In His Kingdom' from the unforgettable Yami Bolo. Hopefully 2017 turns out to be a more active year from the veteran vocalist as, just when you begin to lose hope, at times, he consistently offers reminders like this one (EASILY one of the better songs I've heard this year, altogether… like from anyone), of just how immense his talent still is. Rounding out the class of the Palestine Riddim are also lovely tracks courtesy of the likes of the Bugle, Prezident Brown and a surprising Joshua Hales whose 'Calling' is golden. And, as I alluded to, apparently this isn't the end of the year for Irie Sounds International as the Lead Di Way Riddim is also set for its own release. 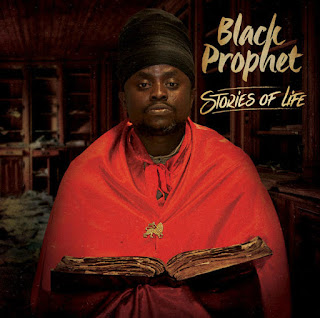 
Biggup our ooooooooooooold friend, the great Jahsh Concurz, for pointing me in the direction of the latest release from esteemed Ghanaian vocalist, Black Prophet, "Stories of Life". This is another piece I've had quite awhile to digest and JC highly recommended it and I have to agree with him. "Stories of Life" features the handiwork of the legendary Dean Fraser and, by extension, contributions from both Tarrus Riley and Duane Stephenson, and it is absolutely stellar throughout. To my opinion (though it changes rather consistently) (biggup Danny I) it pinnacles at 'Elmina Castle' which features Riley [TEARS!] [BOOM!] [DAMN!] but selections such as the delightful 'African Freedom', 'Too Know', definitely 'Jah A We Know', 'I Wish' and others rank as giant standouts. For what it is, and I don't know if it will be regarded as such by the masses, 'Stories of Life' is probably one of the better albums I've heard this year. Thanks JC. 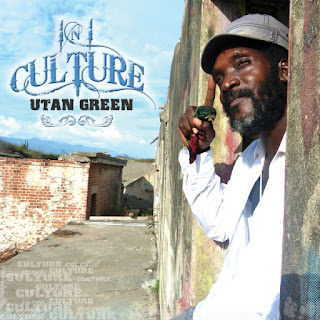 "I & I Culture" by Utan Green [Wild Pitch Music]
Biggup the wonderful people at Wild Pitch Music for deciding that the world would just be a much better place with another full (and I mean FULL) album from the WELL SEASONED Utan Green. To my knowledge the only album Green has released to date has been the virtually invisible (these days) "Rivers of Reality" (good luck tracking that one down) which is nearly two decades old now and clearly it has long been time for a follow-up (I don't care if the man released an album last year, it was time for a new one anyway) and that is exactly what we have in "I & I Culture". Now, as you would hope, if you haven't had an album in such a long time, despite what we may see from others, you probably have A LOT to say and Utan Green definitely does as "I & I Culture" checks in with a delicious eighteen songs and more than SEVENTY minutes of strong music. The results, besides just being quantiful (not an actual work) are also of significant quality and because of both size and class I can damn confidently say that if you enjoy Reggae music, particularly that of a slightly older sound (although ultimately I would well qualify this one as a modern set), there is SOMETHING  on this album that you're going to enjoy. As for me, tunes such as 'Captain' (which you might know), 'Sunshine', 'Ancient Man' ["A di same old Rastaman dem"], 'Man No Dead', 'Rasta Time' and several others, like 'Fighting' revolve around top honours on "I & I Culture"… honours CLEARLY held by the MASSIVE 'Chant'. An outstanding album and one which I may slap a review on in the new year. Elijah Prophet next??? PLEASE!!! 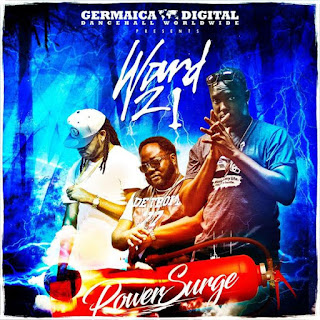 There will ALWAYS be room on my players the still wildly entertaining Ward 21, no matter how disillusioned and out of touch I may grow with Dancehall music (a genre which, despite my never-ending LOVE of even the most RIDICULOUS and ZANY forms of Soca, routinely makes me feel old as hell these days). So I was well pleased to see that the group had re-linked with Germaica Digital to serve up an effective sequel to the golden bar that was "Still Disturbed" from a couple of years back in "Power Surge". This one doesn't light up as brightly as its predecessor did (which you really need to hear), but pieces like 'OG Kush', 'Pretty Phat Cat' (a preposterously SIGNATURE effort from the Ward) and especially the HEAVY 'Groundz' (biggup Baby Cham) give me what I need when it comes to the Ward, a full decade and a half after their first album and still going strong and completely without behaviour. 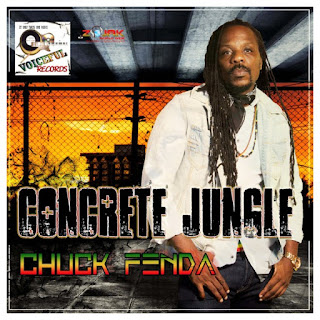 
And finally, I was rather happy to see a great deal of early attention paid to "Concrete Jungle", the latest set from Chuck Fenda (I'm tired of using the word 'veteran', but that's what he is as well). By my count this is… the veteran's fourth studio album to date and his latest after 2013's "Jah Element" (there was also a Live set in there) and it should rate fairly well in his catalogue as "Concrete Jungle" is a decent offering throughout and one I'm still, obviously, working on. Albums like this, while I don't think they 'change the game' or 'take things to another' or do any of that crazy bullshit, just really fill a NEED of a high level of consistency in the genre. I don't go looking for Fenda's new album to amaze me or change my life, but when I get it I know that I can press play and walk away and that is the same situation here. Headers include 'Oh Merciful Father', 'If U No With Me' (the best song on this album), definitely the title track, 'That Place' (and a BEAUTIFUL place it is) as well as the obligatory ganja tune, 'This Plant', and its very unique sound. Etana, The Morgans and Sista Sasha all make appearances.