Stuff: We Power Levels Up!

Yow!
We just wrapped up 1/12th of 2011and I guess we should be pretty damn excited, but that was one of the shortest months I can remember in a really long time - It actually just seemed more like a glop of a few weeks instead of really FULL month . . . Whatever that means. Anyway, now that January has passed that means that we’re now upon one of my favourite times of the year - It’s February, Carnival nears my friends and I’ll be gone later this month (for only about a week this year) to hopefully be destroyed in every single way. Anyway, more on that in just a minute, let’s put a wrap on January 2011.

I’m pretty sure that the most reacted to post of January was the "Completely Random Thoughts 24: Completely Random on 2010” and I’m happy about that because it took a nice bit of work (not really). But Bredz (a lot more on him in a second too) said he saw a few people reblog it and we got some nice email messages and even on the actual page, Achis Reggae favourite, Toussaint, left a comment and he also Face-booked it too apparently. 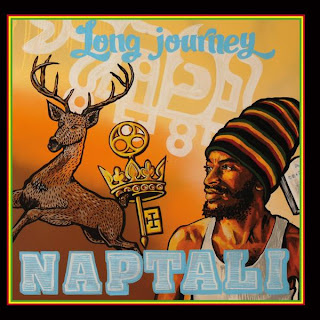 After that, to no surprise, everyone was interested in Album of The Year. I did get two or three people calling me crazy for picking ”Long Journey” and I thought that was great. I just appreciate the passion of people on the subject (even when they are CLEARLY wrong and I am CLEARLY right). So big them up. Most messages, however, were people who may’ve disagreed, but were just thankful of the work done and even if you disagreed with me, just look at it as ‘some of the best albums of 2010’. Incidentally, I do want to mention a very passionate reader whose name, Christian, I do recall, but whose origins I don’t, so apologize, but he was VERY insistent that ”Dancehall Anarchy” was a much better album than ”Instinct Admiral” and you never think you’d get into a conversation how this one went but, again, I always appreciate the passion and people who actually listen FULLY to this wonderful music and can form opinions as well.

Got nice reactions to ‘The Top Ten Reggae Songs of 2010’ also. Thankfully most people realized how insanely difficult such a list was so I didn’t get called too many bad words on that one. And I also had a few messages from people who agreed with me that Bushman’s new album, ”Bushman Sings The Bush Doctor” was kind of boring. Sorry! 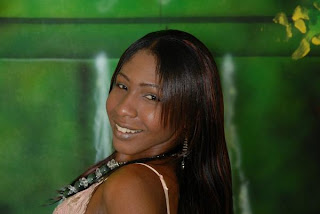 Ooh Shelly
And that was January on Achis Reggae. I also made a few appearances on Facebook courtesy of the delightful Sara Lugo (who announced her forthcoming debut album, ”What About Love”, to be released on May 6) and the aforementioned Toussaint and I Grade and even very recently with Artist of The Month, Chantelle Ernandez and even Achis Reggae favourite Shelly G who also put us on her wonderful website. And biggup Bredz for semi-consistently watching all of that stuff for us (I tell you all the time, the man is a genius).

So biggup EVERYBODY we had fun with in January. Like I said, the month moved fast, but we got a lot of work done yeah.

Destra Garcia
That brings us to February! Okay I’ll give you specifics as the date approaches (and also predictions which are sure to be awful), but as it appears, we’re going to have a Trinidad Soca Monarch (I know they call the shit “international” but . . . Yeah) with Machel Montano, DESTRA GARCIA, Fay-Ann Lyons, Bunji Garlin, Skinny Fabulous and Iwer George (whose song I do like this year) - so we’ll have to be there. And Groovy too! Shurwayne, Patrice Roberts! And there's Blaxx! Nadia Batson! I hope that they limit the international winners. Whoever wins Soca Monarch in Dominica 2011 has absolutely no chance. Tian Winter, DJ HP, even Otis (although if Otis is there and does do ’Tornado’. He’s likely to get minimal reaction, but I will give him some, because I love that song), they have no chance this year, but big them all up (starting to really like Tian Winter too). I don’t even think Skinny has a chance, but we love Skinny Fabulous, so big him up (hopefully he comes equipped with evil bunnies). And we already confirmed, Bredz will be showing up also. This is pretty big to me, so I’m going to stop there for now, but it’s so lovely that I’m even trying to see if we can get to the semifinals. That’s not looking too likely, but I’m trying anyway. I’m excited. I’m stopping there, more later in the month. 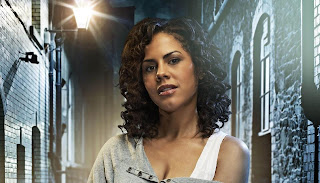 Lenora Crichlow as 'Annie'
BUT! Speaking of Trinidad and Bredz. Big respect goes to the man for indirectly pointing me in the direction of a couple of CUTIES in January who I’m going to pay a great deal of attention to in February. Anything with a vampire in it, like a movie or a television program (even though I don’t watch television AT ALL) and I’m going to be interested. So when Bredz tells me about a Canadian show by the name of “Being Human” having a vampire, a werewolf and a ghost in it. I’m interested, COMPLETELY. So of course after a very involved trip to Youtube, we found it! Well, not quite. He didn’t tell me that the show was actually a remake of a UK show and the UK version (the one I found) has a ghost by the name of ‘Annie’ who is portrayed by actress Lenora Crichlow - Who is absolutely GORGEOUS! WOW! And research reveals that her Father (who passed last year apparently) is Trini which makes her, like me, half-Trini. 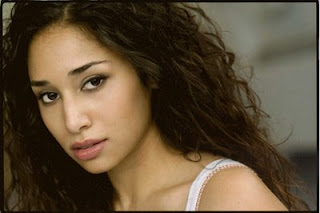 Meaghan Rath
Her Canadian counterpart, ‘Sally’, is played by Meaghan Rath who isn’t hard on the eyes either (but Lenora is truly one of the most beautiful women actresses I’ve ever seen in . . . Ever). So big them both up.
Okay, after allllllll of that! Here is what you can expect in February at Achis Reggae. 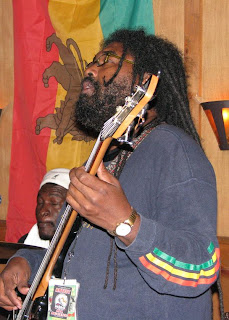 Chelem
Biggup all the nice people we contacted in February. Biggup Angus Taylor from UR and Reggae Ville and I think he writes for the BBC too. We finally got his attention this month and he is a very nice person also. Biggup the bassist, Chelem, who we didn’t speak with, unfortunately, but he passed on a week or two ago. I did not know him, but I did know who he was and we thank him for his contribution to this great Reggae music in his life and definitely big him up right now. Also biggup Hip-Hop pioneer, Jamaican born DJ Kool Herc, who is reportedly in poor health. From what I read, his condition is pretty serious but the discussion on most of the things is about helping to pay his medical bills - Which is kind of a good sign if you think about it - for his future. So big him up. Biggup Nico The Mighty. Biggup Kimberly from Truesounds. Biggup Aaron (hey Zoe!). Biggup that woman who asked me to write for her website (which was so nice) and I felt so bad for refusing (I REALLY did). And biggup everybody you know who you are. I’m tired and I ’owe’ someone something so let’s get to it (even though I’m surely forgetting something) -

It’s my Daughter’s earthday (how old is she Achis??? None of your business!) today! So she gets the biggest love of them all (and she’ll get it even when it isn’t her special day) and so the tune this month is one of her new favourites and mine too. Let’s have fun everyone, it’s Reggae Month, (it’s also the third anniversary of Bunji Garlin STEALING from his wife at Soca Monarch 2008) (ask me how I know that off the top of my head so pretty like such)! It’s Reggae day everyday (almost) around here, so don’t expect anything special . . . Wait. You can expect it if you like!

{Note: I put this together a couple of days ago, so all dates referred to as today, obviously, mean Feb. 1}
Posted by Achis at 12:06 AM