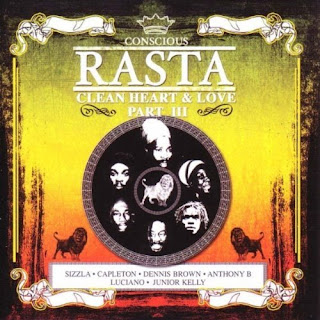 Okay so, once again we found ourselves drifting through the archives at Achis Reggae and once again I found something else to distract you from the fact that I had nothing better to do for a Thursday post. This time we take a brief look at one of our favourite and truly most ridiculous subjects - The wonderful creatures at Penitentiary Records. The same . . . Things have thrilled us over the years with their most dubious releases which have included albums from BIG names such as Sizzla Kalonji, Anthony B and Capleton, all of which feature more than a fair share of big tunes which demand your (Reggae fan) attention. 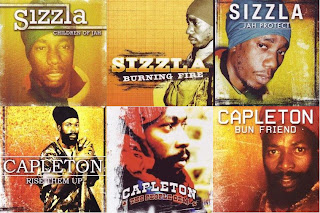 Of course, all of these releases (which stopped 3-4 years ago or so) were completely fucked up and random and featured songs from other (better and legitimate) albums. It was basically as if they (whoever was Penitentiary, a question which will likely never be solved (although apparently you can email them at SWEETREGGAEMUSIC@HOTMAIL.COM if you give a damn) (good luck with that) and that’s fine, as long as they don’t come back. They also released one album (Sizzla’s "Burning Fire") twice and routinely just did strange shit -- such as putting half of songs on albums, renaming songs with completely random lyrics and seemingly favouring Google over actually doing a photoshoot. Well done whatever you ares!

I also came across this very interesting release from 2005 which even further solidified Penitentiary Records as top notch bullshit, as if that were possible. 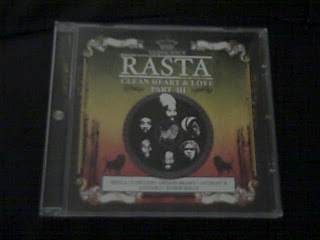 Now! If you open this album and read through the liner notes, the first thing you’ll see is this: 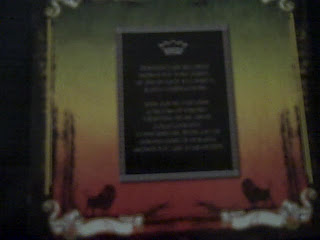 If you can’t read that, and you can’t (because I don’t know what the fuck I’m doing) (biggup Bredz anyway), what it says is:
“PENITENTIARY RECORDS
BRINGS YOU PART THREE
OF THE HUGELY SUCCESSFUL
RASTA COMPILATIONS.

THIS ALBUM CONTAINS
15 TRACKS OF STRONG
UPLIFTING MUSIC FROM
JAMAICA’S RASTA
CONNOISSEURS. WITH A SUCH
STRONG LINE UP OF RASTA
ARTISTS YOU ARE GUARANTEED.”

. . . Yep. That’s what it says printed under a crown (guaranteed what!). When I first read it, what stuck out was the number 15. I thought ‘it would be just like them to not have 15 songs on the album and say something like that. And sure enough: 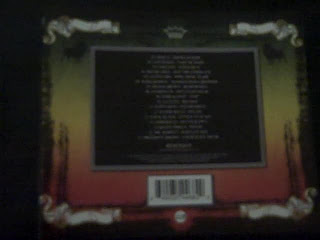 The easy place to start here (DUH) is with the fact that there’re SEVENTEEN tracks on the album. That means one of two things - The person who wrote the liners didn’t listen to the album - Or the label is saying two of these tunes are shit.

And then there’s this: Who is CAPELTON??? Anybody? NATAL BLACK? TERBALENCE? LUTON FIRE? The final one is most forgivable, but when you take the others into consideration, which shows that they didn’t give a damn, you have to mention it as well. I hardly ever proofread anything I write for typos and I’m sure there’re one or two in this post right now, but if I were going to SALE SOMETHING TO SOMEONE, I would think that I’d have to finally give in and do some actual work.

'Judgement'/'Man A Bawl' by Capleton


'Please'/'Living Hell' by Junior Kelly
What made these things most agitating was the fact that they weren’t horrible. There’s VERY good music on this album. Capleton’s cut of the Drum Song, ‘Judgement’ [aka ‘Man A Bawl’] is a HUGE tune. Lutan Fyah’s 'Wipe Those Tears' is a modern classic of a song and was on a modern classic of an album, "Phantom War". And there’re big tunes from Dennis Brown, Alpha Rowen, definitely Jah Mason, Natty King, Junior Kelly, Queen Omega, Perfect . . . REALLY. Were I just going to look at this one from a strictly musical point of view and blind to the bullshit, it definitely is a 4+/5 type of a compilation - STILL today. But it’s basically ruined with everything going on, as seemingly someone, as on probably all of Penitentiary’s pieces, just put songs together that they liked and sold it.

Whoever or whatever they were - We may have similar tastes. Hopefully we don’t have very much else in common.
Posted by Achis at 12:50 AM