What I'm Listening To: June! 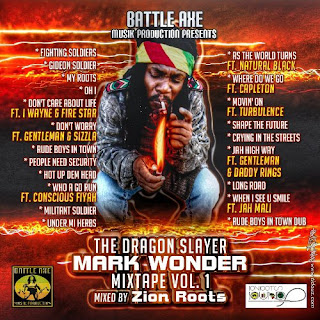 The Dragon Slayer Mark Wonder Mixtape Vol. 1 [Battle Axe Musik]
It was maybe two or three weeks ago when we did a CRT feature “I Wonder About Mark Wonder” and, as usual with those things, it’s pretty much me thinking out loud and the post surprisingly received quite a bit of feedback from some pretty well informed people and along with some very good info, we also got this mixtape from a reader, ”The Dragon Slayer Mark Wonder Mixtape Vol. 1” from Zion Roots. Of course, I don’t particularly enjoy mixtapes and I don’t even know who Zion Roots are or what else they’ve done, but this is solid work (it’s barely even a mix, it’s actually more just tune after tune - album style). Besides being well over an hour of Mark Wonder music, which is enough on its own, there’re some big tunes here which I either have NEVER heard or some which I may have but never paid a great deal of attention to. Of particular interest to me was a BIG tune with Turbulence by the name of ‘Movin On’, which was apparently for Addis Records from out of Switzerland (I THINK), which was the type of song that I remember seeing listed, but never really digging into - It’s gorgeous! Similar highlights include ‘Under Mi Herbs’, ‘Rude Boys In Town’ (and its included dub), the WICKED ‘Shape The Future’ from Special Delivery’s big Vision Riddim and a few others as well. It’s just even more sharp and SMART music from seriously one of the greatest Roots Reggae singers of our eras. And I believe this one is even more special because Battle Axe Musik (which is Wonder’s label, I think) has given its name to the project also. And you can get this one for free on his Facebook Page, so definitely check it out and biggup Mark Wonder. 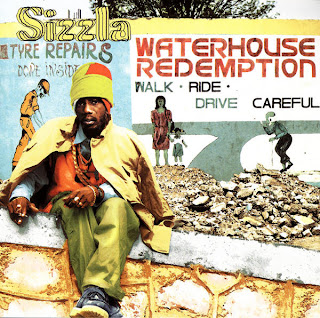 
'One Love'
As I mentioned a day or two ago the release of the big new album, ”The Scriptures”, by Sizzla Kalonji which was produced by John John seemed to be as good of an excuse as any over the past five years to dig up and give a next wonderful spin to another Kalonji album which the producer had a hand in, 2006’s ”Waterhouse Redemption”. The attraction here was that it was Sizzla teaming up with the legendary King Jammy (and co.) to produce an album which was largely composed on old school and classic riddims and that’s, for the most part, what they did. The highlight was, and remains half a decade later, the MASSIVE ‘One Love’, but listening now I’m hearing more and more shine on tunes such as ‘Thanks & Praise’ (lyrics on that song are just . . . unnecessarily strong), ‘Commandment’, ‘Right Day’ and ‘It’s Possible’. Sure, it struggles a bit near the ending, in retrospect, but up until then STRONG work. 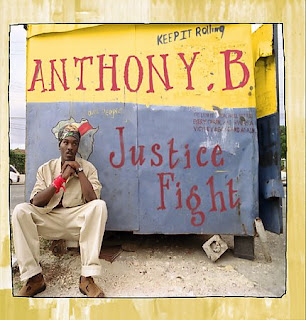 
'Justice Fight'
I couldn’t actually tell you what lead me back to this most obscure release from seven years ago (almost exactly), but whatever it was, it’s helped in some way, I suppose. The worst album you’ll find from Reggae veteran and star, Anthony B, in my opinion, is ”Untouchable”. It was just terrible. Until (very) recently had you asked me for a second worst, I would’ve probably told you it was the Sugar Roy produced “Justice Fight”, which I remember getting when it was fairly new and maybe listening to (literally) 4-5 times over the next seven years. It was the first time I had heard an album from the chanter which elicited NO response AT ALL from me. Well, that hasn’t changed a great deal to be perfectly honest, but it’s better than I though, all these years on. While the album certainly does contain its fair share of largely lifeless, downright STALE and template-ish material, particularly in its latter stages, but near the top we get tracks like the title track, ’Wrath’ (“bad lak ah mi, seh dem no bad lak ah mi, mi ah buss di place before Shabba win di Grammy") and others (check ‘Hail Jah’) which are decent or above. So, no it isn’t stellar and it’s closer to being bad, it isn’t as bad as I thought. 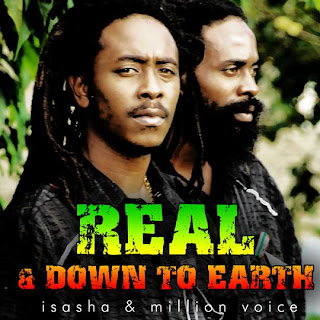 
'Don't You Know' by Isasha
Surely I can thank Studio 53’s recent BIG Show Version Riddim for once again blessing my players with the wonderful presence of ”Real & Down To Earth”, the big album from Trini brothers, Isasha & Million Voice. This one is, and has always been, a borderline ‘modern classic’ in my opinion and while it’s actually been sometime since we dusted it off and taken it for a spin, it’s not lost a glimmer of its lustre at all. The mega shot remains Isasha’s immortal ‘Don’t You Know’ (which . . . Even now, I mean . . . Yeah, that’s an all time classic in my opinion), but joining that big tune are thirteen other largely impressive pieces. These days, I’m really tuned into ‘Kings of Kings’ (TEARS!), ‘11 Nights’, ‘Jah First’, ‘Soldier’ and even more top pieces on an album you really need to track down. 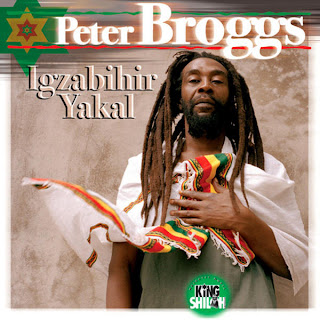 “Igzabihir Yakal” by Peter Broggs [King Shiloh]
And finally on my radars this month is a bit of the mighty Peter Broggs in the form of his last studio album (to my knowledge), ”Igzabihir Yakal” for King Shiloh. I’m more of a fan, these days, of a great deal of his earlier work, but there’s a tune, especially, on this album which just caught me recently courtesy of our good friend Leclaire who recommended me having another listen.
“As I was looking . . .”
From that line alone (!) the song resonates within, as usual Leclaire, my friend, you were correct, MUCH better than I thought, and I already thought it was a great tune. The rest of the album is a very fine bit of support and I always liked that this one includes dubs for each and every tune (biggup Not Easy At All & JahSolidRock), all of which sound even more brilliant these days.
Posted by Achis at 12:33 AM