'It's Alive!': A Review of "Don Corleon Presents Dub In Hd" 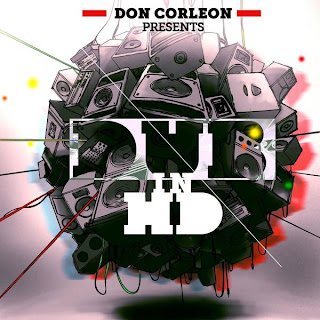 Dancehall in particular, but generally speaking, all of Reggae music is, at least somewhat, of a trend-following type of genre. As opposed to other forms of music, where what you'll see a more natural 'changing of the guard' where an artist/producer/whatever will inspire young and forthcoming artists/producers/whatevers (we have that also), in Reggae, and specifically Jamaican Reggae, when someone finds something that WORKS, someone else is going to try and follow them as closely as they possibly can. Throughout the years we've seen things such as a performer developing a unique style which registers with fans and then someone IMMEDIATELY copying it (while the originator is still around and still in his/her respective prime) (which is completely ridiculous if you really think about it). This happens so frequently and common that I'll even confess to being someone who, upon hearing a new artist for the first time, one of the first thoughts that I have who he/she sounds similar to (and if you do read my work, you know that I openly do it almost every time I review someone’s debut album) (biggup Joggo) and have FUN doing it. You'll also see it, very regularly with riddims. Perhaps the greatest example in my mind is when the Diwali Riddim reached and subsequently spawned several others which were intent on attempting to recreate that same infectious handclap sound. As I said, when something does prove to be effective and a HIT, people will lineup to copy it and I'm hoping they're paying attention now. 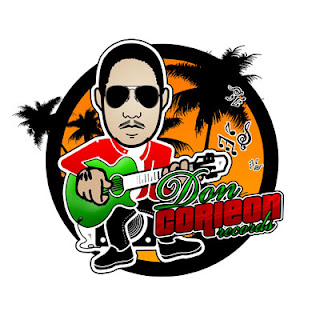 Don Corleon Records
I don't know exactly what Dub Music has been up to these days, but he hasn't actually been the most active of subgenres. Perhaps he moved to St. Croix (along with old school Reggae), England (with Lover's Rock) or maybe spends his days traveling in Europe, availing himself to completely random European country after completely European country (like . . . Well, much of modern Roots Reggae). He could be just enjoying his retirement as Dub certainly has found itself to be a very under-utilized and under-popularized art form over, especially from the turn of the century. Not only is it in much decreased rotation, but it's even looked upon as a kind of a dinosaur in Reggae - The actual word 'Dub' will almost always find itself quickly accompanied by "old school", or some conditioning term like such, wherever it may appear linguistically. It's just fallen out of favour with so much of the world it seems and is in desperate need of a boost of some kind (and some serious PR help).
So! When Dub got the link and heard the news that not only would he be required, but at the request of arguably the greatest all-around producer in Reggae today, Don Corleon, you can only imagine that he, like (fortunately) a great deal of fans, myself included, got very excited. I’m not some great fan of Dub, obviously, however, my interest came in the fact that I am (and used to be even more so) a pretty big fan of Don Corleon's and the prospect of him dubbing out some of his now legendary catalog was damn appealing to me. It should be said that Corleon has always shown himself to be a bit of a 'risk taker' and a trendsetter and one could argue that it is one of his greatest qualities and one which has lead him to become the genius of a maestro people like You and I regard him as. If you can remember back to his beginnings on the biggest stage - His riddims, in retrospect, usually had something different about them, even before he gave them to (Vybz Kartel) the actual artists. Riddims like the Krazy and the Mad Ants and the Good 2 Go, they were all very STREAMLINED projects, very cool and well carried out, but they were also LOOSE. If I recall correctly, he didn’t emphasize changing them so much behind each vocalist, but they were so . . . FUN, that you almost never ran into a situation where you had a problem of each tune sounding like one another (even when the vocalist wasn’t the most talented). Then, of course, came the time when the proverbial gates open and Don Corleon fell in love with the one-drop and all of these years later, he's still showing just how proficient he is in both areas (check the Monte Carlo Riddim). So, I suppose it shouldn’t be to a great surprise that "Don Corleon Presents Dub in HD" is upon us and whether it is or it isn't, I'm well happy to see it. Even in theory this thing works. I was thinking that if he ever chose to just release an instrumental album, or series, with the clean and untouched versions of his riddims, that even that would be of interest and pretty useful, but to actually add some effects and dub out the tracks? I'm all for that and that's what we get on this now hotly anticipated set. Also, it is definitely to be said that this is the move of a VERY confident individual. I did (and rightfully so, in my opinion) just categorize and portray Don Corleon as a risk taker, but you don't just decide to do an entire project like such, if you have much in the way of doubts that the people will appreciate it. And going by his history, and if you haven't noticed, Don Corleon has been FLAMING as of late, why should he think it any different. Again, I'm no expert in Dub, but as a more than very interested fan and observer of modern Reggae music who is almost thirty years old (SHIT!), I really did enjoy this one as Don Corleon cracks open and dubs out what is arguably the most impressive vault in all of modern Reggae music. How does it happen? Let's take a spin.

Don Corleon Productions
Although I'm certain they had nothing to do with it, I do look at a few labels, such as Not Easy At All and JahSolidRock and a few others (biggup Foreign Key Records, also, who did a dubbified Earl Zero album by the name of "Marketplace", earlier this year) who have not only done modern Dub music, but have done so within the framing of simultaneously providing top notch albums, which is incredibly difficult to know. When dealing with the subject here, however, we’re talking about one of the definers of this era of Reggae music and someone who has well been enjoying the fruits of his prime years for nearly a decade or so. "Don Corleone Presents Dub In HD" gets off to a most interesting launch with 'Dread In Dub', which is a version of the riddim for the hit from Don Corleon's cousin, Protoje, 'Dread' (I don't think I needed to say that!). I may go as far as to say that the arrival of the very old school oriented and fixated Protoje is something which may've spurned this project into existence. I have to say that although I did like the original tune (which appears on Protoje's debut album, "7 Year Itch"), I was never THRILLED by the riddim - It now sounds EXCELLENT. It's very powerful and even Don scales it back it, rather easily, maintains its power. I would even like to hear it, now, completely sans vocals because this is nearly outstanding. Protoje actually 'returns' later on the project for the album's closer (unsurprisingly, his is the only voice you'll hear on more than one track on the album) 'Wrong Side In Dub'. I think that I would have liked this one even more with a bit less in the way of vocals, however, I should say that this piece includes on of the most thrilling moments to be found here when it literally DIES right in its middle for a second or two only to experience a "resurrection" (biggup Protoje) and come back with more of an edge in its latter stages.
Speaking of its latter stages, tracks #8 and #9, 'Sweet Treat In Dub' and 'Warning In Dub' are also of interest. The first is of particular interest because it is EASILY one of the best things "Dub In HD" has to offer altogether. "Crisp" is the word I've come to use to describe it and I would imagine that old school fans of Dub will probably appreciate this one above all others present. 'Warning' is the version of (cutie) Jah9’s big tune from last year. Much like in the case of the album’s opener, I do recall appreciating the original version of the song, but never the riddim to this degree (in my defense, however, the song is a very lyrical one), so hearing it displayed in this manner definitely opens up yet another dimension in what was, already, a very WIDE reaching track. This sounds very nice.

Album Trailer Pt. 2
Going forward, however, we’re presented with a very wide array of possibilities. First would be a volume 2 of this album (the Heavenly Riddim? The Minor? The Message?). Then, again, what if it proves commercially successful (and I think it will)? Looking at the various types of music underneath the umbrella of 'Reggae' it’s just damn strange that all of them seem to clear out and reignite every few years with new names, new producers and new audiences, but Dub, as I said, is very much a dinosaur and seemingly passed on in a variety of very obscure ways. Can you imagine if Dub ever meets modern Dancehall (or semi-modern Dancehall and not the majority of that shit they make these days). What's keeping someone like a Stephen McGregor for dubbing all of his old angry riddims like the 12 Gauge and the Red Bull & Guinness? Or Don from doing the Krazy or the Good 2 Go or the Trifecta or the Mad Ants? I'm not saying it would be good, but it would be a mighty update for an art form which is downright STARVING. If it can manage to even approach opening those type of doors and keeping Dub from merely resting on his old, fat and nasty ass, "Don Corleon Presents Dub In HD" may prove to be the most important thing to happen in the music in a very long time.
Rated: 4/5
Don Corleon Records
2011
Digital/Vinyl [I THINK]
Don Corleon Records
Posted by Achis at 12:05 AM