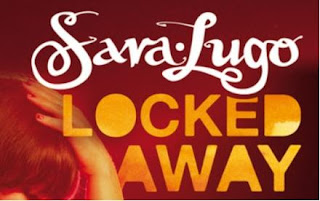 "Locked Away" by Sara Lugo

Sticky Issues. Of the billions or so which exist, certainly the cactus must be one of nature's greatest mysteries. Here's a plant which, like most living things, has a built-in defense mechanism, which happens to be its needles which can do a major damage to something trying to get too close to it. The cactus if the baddest plant in town and if there were a plant clash, it would be the last man standing! But it's also nice to look at!
Beautiful, but potentially painful if handled improperly.
That is, at least partially, the premise for the big tune, 'Locked Away' which is the new single from one of the biggest albums of 2011 thus far, "What About Love", by the angelic Achis Reggae favourite, Ms. Sara Lugo. The tune now, fittingly, becomes her very first video (at least to my knowledge) and, as her recent history would pretty much guarantee, Lugo continues her winning ways, because it is superb! We begin things by 'walking in' on what is apparently the end of a relationship between Sara Lugo and her now former boyfriend. The highlight here is something I'll speak on earlier, but the nerd in me can't help but get excited by the excellent 'product placement' which includes a very cool poster of the single of the song you're currently listening to, The Best Reggae Album of 2010, "Jameleon" from Sara Lugo's Brother's band, Jamaram (biggup Jamadom) and the Backstabbers Riddim amongst other cool things.
Moving on. After the smoke has cleared, Lugo realizes that something has been left behind and sets out on her journey. First, however, like many people after a break-up, she seeks the company of good friends who she meets up with, cactus in hand. Two things stood out here for me - The first is that one of Sara Lugo's friends is VERY attractive! The second is that if you notice closely that friend, with the flower in her hand . . . Has a flower in her hand. There's also another plant on the table. Three girls and three plants. Lugo is the one coming from the bad situation so she's essentially walking around with the Bounty Killer of plants, while her friends have far more inviting and warming botanical representatives.
While not feeling COMPLETELY better, she continues along her way with THE highlight of the video which finds her taking a trip through the park and . . . Suddenly there's no cactus plant and obviously she's in a better mood and the colours throughout this portion are not to be missed (and actually throughout the video). It's a very nice method of conveying a shift in MOOD, with the sunlight shining through in just about every way, but not becoming over-bearing. She even stops by a friend's house and hangs out with more friends, singing on the roof (this is the part of the video which was sprung to life with a conversation which started with "hey, you wanna be in my video") ("Yes I do!"). Seemingly as a reminder of where she's going, she's subsequently handed the cactus back, but now it's less labourious and more detached and we've almost reached our destination! And that's wonderful, because my feet are tired.
A stone-faced Sara Lugo hands the plant to her Ex and goes on her way - No longer burdened by the warrish plant and it's massive bag of gun tunes (biggup Bounty!) - nor it's painfully deceptive ways.

Okay, for me the main attraction here is the display of the range of emotions she goes through. It's up and it's down and it's not too far up and not too far down, but it kind of is ("I'm like a butterfly falling from the sky, it makes me lose my mind") and it's relatable definitely. Fortunately, in her case, it only lasts about four minutes, but I'd suggest that almost anyone whose had a bad break-up (which is pretty much everyone) can identify with something here and I would think that was the point in some respect. In specifics there was the 'co-star' of the video, the cactus and we went to the source in its meaning and significance, Sara Lugo herself, who says:
"The cactus stands for my love, better my boyfriend and his love. I really love it but it keeps hurting me. So I gotta get away from it, cos it aint no good for me"
All in all - A lovely video and perhaps an even more gorgeous sentiment.

NOW! Of course, I will not ignore the proverbial elephant in this room (nor any other). On the contrary, I will kick its fat ass (biggup the Elephant anyway)! In the first thirty-five seconds or so of the video for 'Locked Away', we see Sara Lugo . . . Uhmmm . . . She's not how . . . we normally see her presented (let's say it like that)! It was somewhat awkward watching initially (I can't actually say that I've EVER even thought of her in that way, which certainly says more about me than her) (well that didn't sound right did it???), but it is an acknowledgement by herself and co. that she is a woman and by no means is she unattractive (AT ALL) and she 'enjoys' something her male counterparts do not necessarily (if I ever see Uwe Banton rolling around on a bed in a video, that'll be it. I'm not writing any more) (biggup Uwe Banton, his album "Rightful Place" was pretty good). And these things are part of a relationship so it shows a different side to Sara Lugo as well, one which fits nicely here. Again, it may be awkward for me, but it won't be for you and even I'll confess that ~32 seconds in, when she lifts the sheet. . . Yep. Not very difficult at all to watch that (over and over and over and over again).

I'll see you one last time tomorrow for a month, until then, Sara Lugo's new single EP, 'Locked Away' is in stores now.
Posted by Achis at 7:56 PM