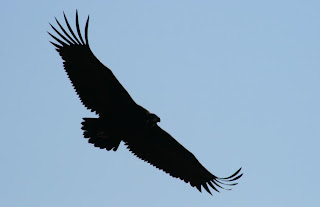 Yow! We finally made it! It's the 29th day of July, 2011 and it's our last post for about a month because we have stuff to do and stuff to see if it's possible that we can attempt (!) to do and after having heard so much of this nice music - Really I'm so much inspired to do some of my best work and I'm going to tell you, briefly, about that in just a minute. But first, I though that we'd observe something natural and something prevalent that's really been affecting a lot people for (well, forever really) now in particular.
A lot of people have been passing on lately (duh!) and a few people in our own lives and maybe yours and if so, definitely big respect to them. Last week I mentioned Lloyd Ricketts from The Itals and surely you've heard of a English singer by the name of Amy Winehouse who also transitioned recently and there've been a whole heap of others, including Pablo McNeil earlier in the month, who was a former Olympian from Jamaica. Also, like I said, on a personal level we've lost a friends and to everyone else, I'm sure and fans of these people as well. So, quickly in their tribute, all of them, is a my favourite tune from The Itals, a song which definitely helped during a lot of DARK moments for me personally - 'Rasta Philosophy'.

'Rasta Philosophy' by The Itals
And I'm surely not going to tell anyone how to mourn and how to grieve, but just for me - There's no sadness for a natural personal act, it's only a time to say thank you and big them up! And when I'm no longer here, I hope everyone who cares to remember me at that time have a nice time! So big them up again!

"I will never hesitate to sit down and concentrate
Listen a likkle music now it help me to meditate
When I am feeling down, help me recuperate
Take my mind to all different level, take me to different state"


'Meet Super Blue' by Fay-Ann Lyons @ Trinidad Soca Monarch 2009
So! We're taking August off to just take a general break (and to actually finish painting my fucking house), but to begin to lay the foundation on a couple of other things we really wanted to do. If you've ever worked on something with someone and they say something like "okay I'll get to work on that", it's kind of an open-ended thing to say because it almost kind of says . . . "eventually" after it - like an acknowledgement that there is work to be done and they must do it, but not really anytime soon. I did that with Bredz and . . . yeah, he actually did his part, so it's my time now (biggup Fay-Ann). I'm not going to tell you exactly what it is (although I told you early this year/late last year), but if you look around, I'm sure you can get an idea of the subject matter! Certain things we should be DOCUMENTING now (can you imagine walking into a cinema and . . . !).

'Leggo De Beast' by Skinny Fabulous @ St. Vincy Soca Monarch 2009
And that's it! Biggup everybody, you know who you are (biggup Sara Lugo!) (biggup yourself Markus!) (Hey Zoe!). If you need to get in touch with me either HURRY UP (before Monday) or wait until later in the month. If you just want to send us something (like an Elijah Prophet album) then go right ahead. We're going to give this a try for a month (more like two and a half weeks), just taking the energy we focus on this place basically everyday and putting into a something else and see how it goes. We should be back the first week of September (and I'll be a DISGUSTING thirty year old man at that point), but if we don't make it back - Like we said last time, it's been a great time and this place has already been so much more successful than I ever thought it would be (and FUN too!) and blah blah blah! I'll see you in September!

Do absolutely nothing productive while we're away! Do not behave yourself! Do not listen when spoken to! We'll see you in September!

BALANCE & No Behaviour! NONE!
RasAchis
Posted by Achis at 8:54 PM