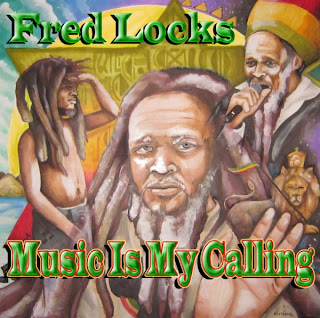 Fred Locks - "Music Is My Calling" [Irie Sounds International]
Still a bit away from this one, but starting us up this week is the latest from one of the greatest as the legendary Fred Locks returns with a brand new set via Achis Reggae favourite, Irie Sounds International - "Music Is My Calling". The album is Locks' first from . . . his last one and figures to attract quite a bit of attention from his many fans when it reaches later this year. Early listens suggest that they'll have much to enjoy as a few of the tunes here are very strong, particularly the tunes 'Cheer Up', 'Never Give Up' and especially the WICKED 'Oppression' (which may just be one of the simplest and most obvious songs you'll ever hear, which is a good thing in this case because its simplicity rides with its beauty). Definitely happy to see Fred Locks with a new project and we're really looking forward to it as well - You should be as well.
Digital (I THINK)
Releases in Later This Year 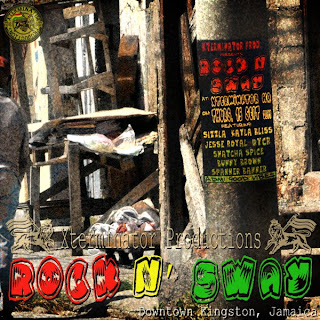 
'Rock N Sway' by Kayla Bliss
Next we have a former stop in the harbour of the aforementioned Fred Locks as Xterminator continues its comeback this month with the cool Rock N' Sway Riddim and while Locks, himself, isn't on the roster this time around, as usual, the label has managed to string together some very respectable artists. Both Kayla Bliss and Jesse Royal, who have become new staples for Xterminator, are on board and the former steals the show, arguably, with the riddim's old school infectious title track. THE name of Xterminator, Sizzla Kalonji is present as well as are bros. Spanner Banner and Snatcha Spice (on solo tracks), veteran Bunny Brown and DYCR with the somewhat hilarious and very well received, 'Google'.
Digital
Releases Soon . . . I think 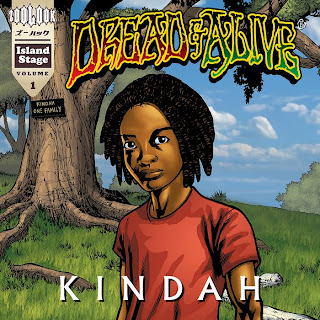 "Dread & Alive: Kindah, Vol. 1" [Zoolook Records]
The "Dread & Alive" series continues to release compilations at a rate which suggest that may have information that time is running out in some way, but this time it comes with a bit of twist. "Kindah" is a project intended for the youths (as the cover would suggest) and, in keeping with the 'tradition' of the series, D&A have assembled yet another EXTREMELY colourful group of vocalists. Coincidentally, the biggest name here is Freddy Locks but that's because you'll see it and assume that it's FRED LOCKS and it isn't, but also doing big things on this project are Monsoon, Kehv, Achis Reggae favourite Sahra Indio, Kehv, Kenyan combo Meekie Humble & Huthead and Dutchie Leah Rosier.
Digital
Releases November 1 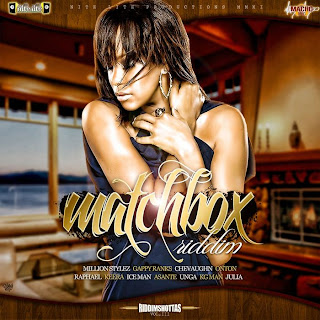 
Riddim Mix
The Matchbox Riddim comes out of Italy (and yet, there is no Lion D. Hmmm . . .) (although it isn't really his style) via Nite Lite Productions & Macro Beats and while I don't know a great deal of what's going on here in terms of the background, I do know a BIG riddima and this more than qualifies. Sounding like something which you might hear coming out of Don Corleon's or Rumble Rock Recordz' studios, this laid back GORGEOUS set should have a big future ahead of it, but I find myself wishing that it would've leant itself to more big names. The only two Reggae 'household names' appearing on the riddim are Gappy Ranks and Million Stylez. After that it's Chevaughn, Asante Amen (big artist), cutie Keera Rootz, Onton and variety of others most listeners (even deep ones) aren't too likely to have heard of and while that certainly isn't a bad thing, rebirthing this one for a 'round 2' of sorts definitely wouldn't be the worst thing in the world.
Digital
Releases on November 4 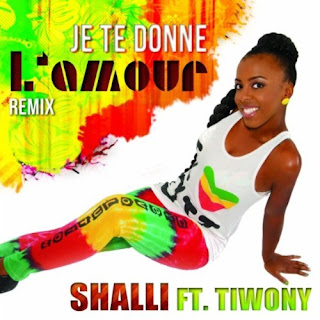 'Je Te Donne L'Amour' (REMIX) featuring Tiwony by Shalli [Planet Rock]
And finally coming soon this week is a title which I'm sure we've mentioned in the past. Achis Reggae favourites (GORGEOUS) Shalli and (WICKED) Tiwony team up with a big remix of a tune originated by the former (that is one BEAUTIFUL woman!), the Zoukish 'Je Te Donne L'Amour'. Whenever we mentioned it previously it didn't have a release date and now it does. It's a big tune - kind of a Soca-ish/Zouk-ish piece - and anything Tiwony jumps on, you can be sure it is quality. Perhaps the same could be said for Shalli (and all her hips and ass) who is having a very big 2011.
Digital
Releases on November 1
In Stores Now 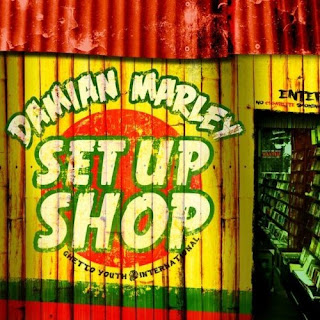 It had to happen eventually - SLOOOOOOOOOWLY the time is coming when sans Nas and sans all of those people on that damn album we never talked about, the ultra-talented Damian Marley can get back to work on an album of his very own and HOPEFULLY the first sign of that forthcoming is his latest single which is probably one of the best songs of 2011, the flaming 'Set Up Shop'. In stores now.
Digital 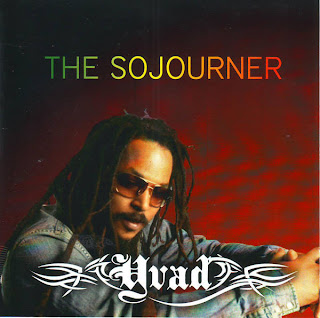 Yvad - "The Sojourner [Nubeat Entertainment]
Speaking of the Marleys - Here's an album which I was pretty sure had been released a few years ago (and I'm still thinking that it has been) - It's "Sojourner" from former frontman of the Wailers, Yvad. If this is the first drop of this song, then I can confidently say that here's an album which has been in the works for at least two or three years and, again, if this is the first time, then it's a pretty big deal. While I've never been the biggest fan of Yvad's, he's amassed quite the following during years and years (and years) of touring with the band, who figure to take a great interest in this release.
Digital 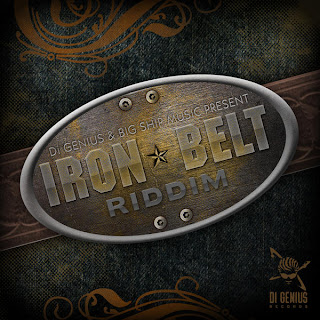 
'No Talk' by Chino & Bramma
One of the latest pieces from Stephen McGregor, the Iron Belt Riddim, is a bit of a blast from the past as it appears to, at least partially, borrow from the old Top Ten Riddim. And you know what? I don't care! It's authentic Dancehall and I don't care who created at this point (I'll take it anyway I can get it). This time around things are kept to a minimum with only the MAIN names on board. Chino & Bramma teamup for 'No Talk' (which is excellent), Di Genius himself, Laden, Ele and Singing Sweet. That's all you get and that's probably all you need.
Digital 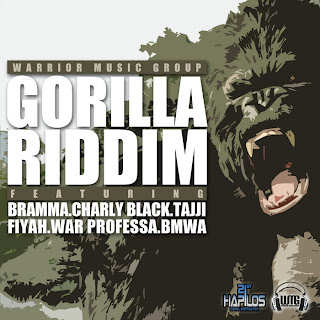 The Gorilla Riddim [Warriors Musick Productions]
You should really check these things beforehand: Earlier this year the wonderful Necessary Mayhem from out of the UK dropped the Gorilla Riddim (also currently available, via the wonderful people at Zojak Worldwide) which featured big artists such as Tarrus Riley, Ziggi Recado, Cali P and others. Obviously that was a fact missing at Warriors Musick when they drew the same name for their very own new composition (they could probably keep the name, just do one of those wacky mispellings) and now they bring it through, digitally. When you have those big names on one side and mainly a big tune from Bramma, the SCATHING 'Go Inna Grave', this one is likely to be lost to digital customers, for the most part.
Digital 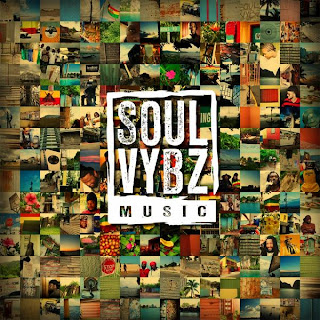 French label, Soul Vybz, gets maximum credit this week for delivering a HUGE combination featuring Reggae legends, Capleton & Luciano, 'Bun Babylon'. I get greedy with stuff like this, but I'll well keep that to myself (even though you probably know what I'm thinking) this time around and just enjoy this abundance of vibes. Join me and pick it up right-nowish.
Digital 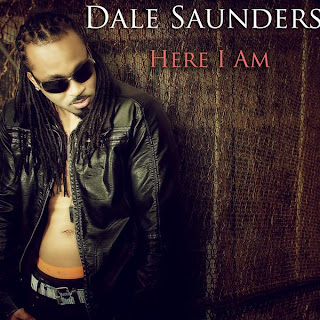 Dale Saunders - "Here I Am" [Rocksmash Records/Island Def Jam Digital]
And lastly (and FINALLY, damn!) this week is the brand new album from Groovy Soca head and St. Kitts native, Dale Saunders, "Here I Am". Like Adrian Dutchin and a few others, Saunders has taken advantage of major label, Island Def Jam, dipping in the digital side for his album release, which, in terms of providing a name (and a platform obviously), is a very good thing. I'm not the biggest fan of Saunders, I'll admit, but anyone who the wonderful Jalena works with is definitely worthy of a mention around here and Tola's finest also guests on the album via the familiar Zoukish 'Make Up Sex' and also familiar to my ears is the wild 'Jumping Day & Night' (which I do really like) and a couple of others. Check it out.
CD [I THINK] + Digital
{Thank you Geraldine Connor!}
Posted by Achis at 9:52 PM