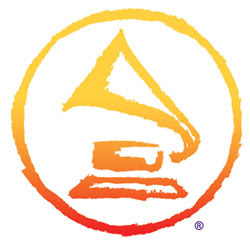 It's that magical time of the year again when we get to cry about who was and wasn't mentioned as nominees for the 2012 Grammy Awards were recently announced. Of course, we're going to take a brief look at the nominees which, as usual, are pretty ridiculous, but for what they are, I guess a great (sarcastic) amount of credit is due to . . . whoever is in charge of gathering together the nominees, because they've actually done a much better job than in previous years (when things weren't made completely obvious because Damian Marley put out an album). The nominees for the 2012 Grammy Award for the Best Reggae Album are: 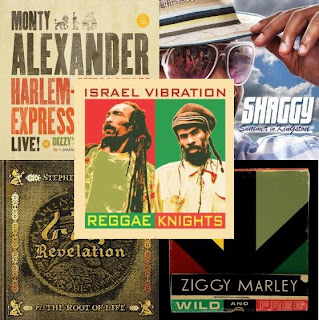 What I'm thinking: For a Grammy they did pretty good, but of course there're problems. First of all, I'm no expert on (anything, not even me) Jazz, but Monty Alexander's album is very Jazz heavy, so much so that I think for me, I probably wouldn't have included here, but that's just my opinion. It was good (loved his cut of 'The Heathen'), all of his stuff is, but I don't include on a Reggae list in the same way I would with another more Reggae-centric instrumental release, such as (a good choice, in my opinion) "Dub In HD". "Summer In Kingston" by Shaggy, on the surface, is a pretty good (and very expected choice). But at just eight tracks, which come and go in considerably LESS than a half an hour, it's hard for me to even allow my mind to consider this one, because it's essentially a fat EP. Again, it was decent, but Shaggy has done better. "Reggae Knights" is just a pretty good choice. To our research (which is almost surely wrong) Israel Vibration has yet to be even nominated for a Grammy and with the nature of this award being what it is, that's pretty incredible and in a bad way. I don't think that album was anything special (call it 3/5), but as this is a popularity-contest most times, they should be on the list at least once and that album was a VP Records project which is rare from the Grammys. Albums from Stephen & Ziggy Marley are expected, if they do anything, it'll be on there and they did something this year. To my opinion, "Revelation Pt. 1" is the best 'album' of the lot and although it wouldn't make my top 5 albums of the year (it wouldn't make my top 20), I think it's a pretty good choice from someone who just recently won this distinction twice with the same damn album (and apparently has won FIVE Grammys in total).

Compared to last year, which was absolutely awful (even for this) as it included two of the and THE worst albums of the year, along with two compilations), this is . . . AMAZING! An EP, a Jazz album and three decent sets. Yeah - that works! 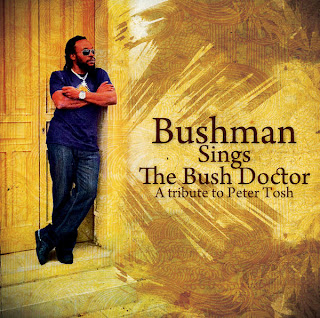 To my opinion, the most glaring album left off this list, which is really really odd, is "Bushman Sings The Bush Doctor" by Bushman. Just last year, Andrew Tosh sang the songs of his Father, Peter Tosh, on "Legacy: An Acoustic Tribute to Peter Tosh" which got him a Grammy nod. Bushman does the exact same thing (I didn't like it, but who cares what I think) and receives no such thing, of course. That would just make too much sense because it would seem like the type of album which would catch the attention of whoever does these things, while at the same time, giving the award to a more modern non-Marley artist. I could also mention the likes of Etana which seems so obvious, but really what would be the point??? It's just not going to happen anytime soon and I would be SO interested in seeing what this list will look like in 2032 when, presumably, there will be less and less of those well known names to choose from - it'll probably be all tribute albums at that point and third generation Marley family members.

As far as who wins, I'm definitely going with Stephen Marley. It's been years since I've gotten one of these things right, so I'll probably be wrong again, but looking up and down this list, although much better than last year and what it usually is - I just really don't care that much who wins.