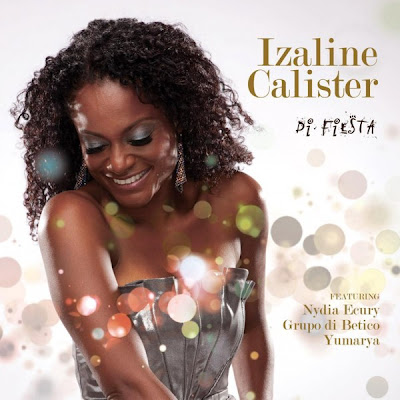 "Di Fiesta" by Izaline Calister
Okay so if you haven't noticed, in terms of big new releases, we've pretty much depleted 2011. It was nice while it lasted, but it's over now and with the schedule for the first quarter of 2012 already looking pretty loaded and it only figures to add more, it's essentially time to say a healthy "goodbye" to this year. That being said, however, there do remain a few late comers to the party that was 2011 and here we have DEFINITELY one of the most interesting and colourful of them all.
One of my absolute favourite singers, the angelic Curaçaoan songstress Izaline Calister (yes - her name is spectacular), is back with her brand new album . . . since her last one (2009's "Speransa"), the somewhat seasonal, but no less potent "Di Fiesta". I wasn't really expecting this album anytime soon, the last I had heard Calister was taking an extended break due to the birth of a child, but apparently she's been hard at work in the studio from then and is back so soon with a next release. 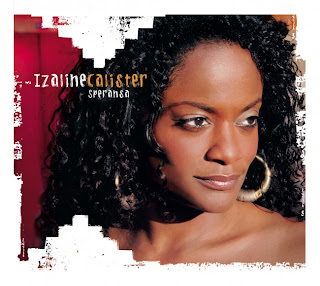 "Speransa" - 2009
If you aren't familiar to her work, Izaline (I wonder if her friends call her 'Izzy'. Biggup my Wife's friend, Israel, who we do call Izzy) makes a style of kind of Caribbean Jazz with blends of more traditional type of vibes. She'll never go full on Reggae or Soca or Salsa or pretty much anything, but the music has so much TEXTURE to it that, at times, you're likely to hear some of it all throughout one of her releases. In the past I've said that her music always sounds like a score for a dramatic movie to me. It takes the listener through so many different emotions and ranges of emotions that you feel downright EXHAUSTED after listening to a full album of Calister's. For "Di Fiesta", in particular, as I said - it's seasonal, so you'll hear XMas songs, you'll hear New Year songs and, as you might imagine, the mood is predominately upful and joyous throughout. Her voice sounds as amazing as ever also and while I'm still working my way through it, I'd definitely say that the early favourite is the title track, but I also REALLY like 'Bendishoná'!
So, before you kick out 2011 to make room for I-Octane and Konshens and whoever else we're saying hello to in early 2k12. Say greetings to Ms. Izaline Calister whose excellent new album, "Di Fiesta", is in stores now.
CD + Digital
Posted by Achis at 9:17 PM