The Vault Reviews: "Many Lives" by Iba 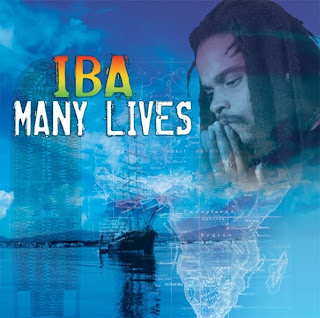 So many wonderful things in regards to Reggae music tend to happen outside of just about any spotlight at all and sometimes it's so nice when, for whatever the reason, we can shine some light in the direction of something which is most deserving of it. Specifically, one of the coolest definitely arises in a situation when an artist does a thing so remarkable that it basically opens up an entirely different aspect of their career to so many different people and suddenly fans like You and I take a greater interest. For example, in a far more broad manner, we can look at artists like Sean Paul and Elephant Man who when they made their headway, respectively, to the more 'mainstream' side of the music - suddenly had not only the project(s) at the time gain popularity, but also their entire catalogs as well as they saw so many new listeners coming to the music. The best example, on a smaller scale, would certainly be someone like a Sizzla Kalonji or a Midnite - those who literally have dozens and dozens of albums to their credit. I can't even tell you how many conversations with people who discovered either and say something like, "Well I found this album and I really liked it. Which one is similar to this one that you think I might like?" Their music is an absolute JOURNEY which opens it itself to new eyes and ears everyday. Something like that is pretty rare for me these days (it usually happens more with labels that we'll find who have considerably more work than I knew about), but what does occur for us a situation where, as I said, someone will do something SO great that it almost forces a look back at previous material and more than just for research. FOR INSTANCE - Last year veteran St. Croix chanter, Ras Iba, dropped what was, in my opinion, one of the best albums of 2010, the HEAVY "Matsahyel". For me, this album was just so FULL of so much amazing material and, somewhere along the way in listening to it, it transformed from something people like me like to call 'solid' into something else which was just a spectacular set. Now, that piece surely wasn't Iba's first release, he'd had two prior to it, but nothing had hit me on that level from his work, but it did beg a second listen! 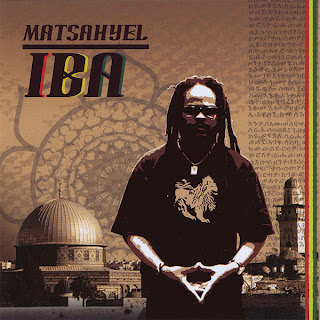 "Matsahyel" - 2010
Iba's first album, "Jah Lion: Children of The Nile" reached in 2003 (and you know I'm working on listening to it again right now) and he would follow it up with a very interesting set three years later, "Many Lives". Both of those albums, even when I first listened to them, showed Iba to be a very skilled and just downright INTELLIGENT artist, but like I said, I didn't think them GREAT albums, well I was wrong (for the billionth time) at least on one case because after having my ears opened in a very pleasant way last year via the aforementioned "Matsahyel" album, going back it's pretty clear in 2011 that the second of the two was a VERY large release. 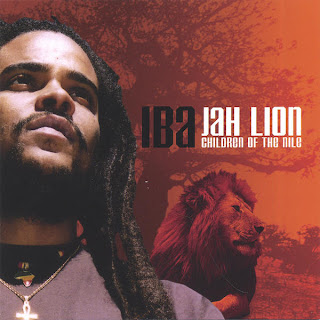 'Jah Teachings'
Around that is a tune which, again, just uplifts positivity and pushes far away negativity and negative thinking and acts. The very lofty titled 'Save The World' also highlights the album. The tune really goes into different things that everyone can do to help 'save the world' in a very direct way and it also features a few of the most stirring moments on the project. Also, the sound of the song is just BIG and it isn't big in a more general way, but for Reggae music - it's spectacular if you’re able to take it all in. 'Jah Teachings' eases up just a bit, but as you can likely tell from the title, we're going in a more spiritual direction and a nice one. This is another gem and one of the finest lyrical displays from Ras Iba here as, like I said, he blends the spiritual and tangible and does so, here, in a single tune (and sometimes in a single verse, like the first). And to build on that, later is the album's fine closer, the HEAVY 'Zion Trail'. I mentioned the relation of the cover to the album's message and it's never more clear than on this journey.
“We’re on a Zion trail
Get your trip ready to sail
Just like Moses and Abraham
Just like King David and King Solomon
Selassie taught Jah plan
And this yah knowledge gives inspiration
Cause out of the land that grew the Black man
There‘s no questions, this is the foundation
All studies of life - that’s where it all begun
Whether medicines, astrology, mathematics or religion
Around the River Nile, the knowledge was abundant
I beg my people dem fi get up and skank
For Kings and Queens and Afrikan Savants
We‘re toppa rank, toppa rank!”
And lastly, as I alluded to, "Many Lives" does have its share of more easy going tunes and songs which aren't so HEAVY like many of those I've mentioned thus far. One such song is definitely the obligator Mama song, the sterling 'Strongest Woman'. It’s a very pleasant song to vibe and the message, although very important, is one which is so universal (LOVE YA MAMA!) that you can just appreciate it whether you spin Reggae day and night or just TODAY. Later there's 'Smile' which I swear has a bit of the old Slow Down The Pace Riddim in it [Gregory Isaac's 'Tune In'] and is something sweet enough to deserve such accompaniment if it is so. This one is so easy and it does give a message and one which is somewhat complex, but at its heart is so easy: I want to feel better. I want my people to feel better. I want everyone to SMILE. Of course the tune 'Vibes' also fits in here as well. Here, Ras Iba just pushes the music itself and its greatness. He mentions some of the greats of past eras and even goes into the very popular notion of how when VI Reggae really began to bust - everybody called it a reawakening of the days and vibes of old. It's a very fascinating song and one of my favourites present here. And there's also 'On The Road' which has a different sound and dynamic (almost the opposite) from the other three tunes I bring in here. While the sound here is quite soothing, it's really the message that makes this one so nice and effortless. I would imagine that he wrote it or came up with it during a tour from the way it goes and you also get the feel that Ras Iba feels that his constant journeying is well worth it for himself and his family and to just get the message to the people. A wonderful song! 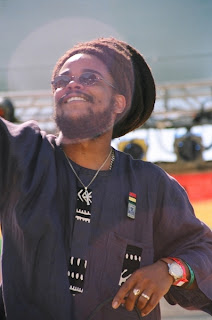 Overall, "Many Lives" should've been a 'warning' that something HUGE was on the horizon from Iba because it isn't far from that grandest level itself. This album is just a strong project and also one which goes above and beyond a label like 'solid' - It is so solid that it’s something else. In many aspects, it's as fine an album as "Matsahyel", although for me that remains his best piece of work, but this isn't far behind. It's just all around, all-encompassing and well done Reggae music from start to finish and there isn't even a hint of a bad song anywhere. I will reiterate that, like all of Iba's music most likely, this album is best in the ears and minds of those more experienced in the genre, although I have shown and seen how it can be well appreciated by newer fans to some extent as well. Regardless who you might be, if you are someone, like me, who was absolutely dazzled by Ras Iba in 2010, then maybe you too would like to travel back to 2006 to have a second listen to another masterpiece, "Many Lives". Excellent.
Rated: 4.75/5
Mt. Nebo Records
2006
CD
Ras Iba Music
Posted by Achis at 9:57 PM