What I'm Listening To: December! 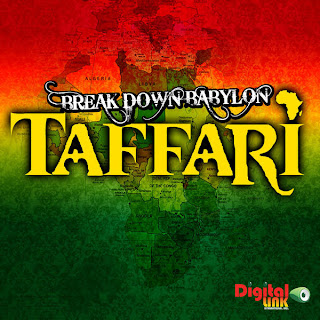 
'Break Down Babylon'
Making its way FINALLY back to my players late last month (via WICKED house-cleaning) was album #1.5 from sterling voiced singer, Boris 'Taffari' Silvera from Al.Ta.Fa.An. fame, "Break Down Babylon". This album was originally released on CD and released back in 2004 as "Addicted To Music" and a half decade later (who knows why???) Tad's brought it back with a new cover, added four tracks (lost one) and gave it a bit of a second wind. If you never got either edition - This was a very good album. I hesitate to go further with the acclaim out of fear or overrating it, but it was nearly excellent. Check the title track and surely guest spots from the likes of Anthony B, Gentleman and Junior Kelly on this SWEET SWEET album.
CD [as "Addicted To Music"] + Digital 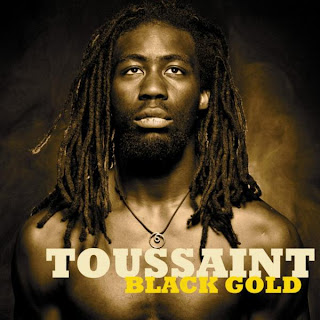 
'Be You' by Toussaint
WONDERFULLY, one of our favourites from last year, "Black Gold" by Toussaint, is definitely back on our radars and in a big way. Listening to this one today, nearly a year and a half on after its release, and I STILL hear exactly what made it such a fascinating and colourful release on the initial spin. What is gone, however, is the 'melding' of genres (or at least the interest in that specific point) and remaining is just a 'who gives a damn what genre it is' GOOD album. Big songs also remain big songs, but I find myself taking a bit more of a 'careful' interest in a song like 'Sunshine In Morning' and 'Conquering Cocaine', both of which are probably bigger than I thought which is saying a lot because they were also very sizable.
CD + Digital
{Note: Might 'Rewind!' on this one if we stick around long enough} 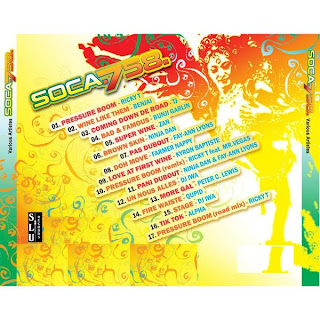 
'Pressure Boom' by Ricky T
I'm ALWAYS on the lookout for any sign at all that Soca music is paying attention to the movements of the rest of the world and making itself more and more accessible and in doing so in many different ways. After seeing some of Trinidad's and Grenada's finest, earlier this year, jumping to the digital side, the biggest augury that St. Lucia might also be on board has jumped up with the digital release of "Soca 758 Vol. 1" from SLU Records. The album is probably the signature Soca compilation from out of St. Lucia and that's largely so because it contains the biggest Lucian hit in . . . a really long time, 'Pressure Boom' by Ricky T. Joining Ricky are the likes of Bunji Garlin, Fay-Ann Lyons, Farmer Nappy, Q-Pid, Alpha and others. Hopefully they'll continue with it the excellent idea as there're quite a few years of hits from SLU Records.
CD + Digital
{Note: The actual CD has a different cover. This is the backcover}
{Note 2: What the hell?} 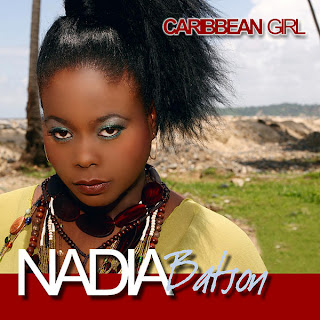 
'Caribbean Girl' by Nadia Batson
And lastly, I definitely have to mention an album with a tune which just BROKE DOWN EVERYTHING a few days ago for me (and I wasn't the only one). You'll find on Nadia Batson's big album "Caribbean Girl", probably my favourite tune that she's ever done, 'My Possee' from a few years back and just a few nights ago I had this song on repeat for a couple of hours and just had a CRAZY time (and like I said, I wasn't the only one). So, if you needed any reason to pick this one up, let that be it. Also, take a listen to what was just a LOADED set which included bonafide hits like 'Caribbean Girl', 'Mind Yuh Business', 'My Joy', 'One Island', 'Start De Race' and more and I'm well looking forward to seeing 'Ms. B' with Sass in 2012 ("I WANNA SEE YAH!").
Digital + CD
Posted by Achis at 10:56 PM