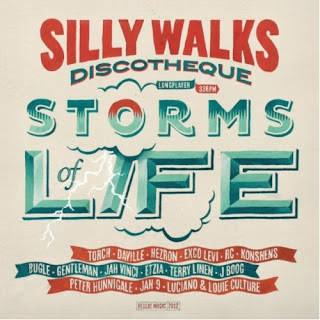 'Storms of Life' by Exco or Esco Levi


First up this week is the latest set from the big German label, Silly Walks, who I don't think we've heard from in quite a while actually (from the top of my head, their last piece would have been the Aspire Riddim I think???) (big riddim the Aspire), but their back with a big new various artists/various riddims compilation which is probably going to be something that you're going to REALLY enjoy if you like modern Roots Reggae and if you don't - you're probably not going to be reading this much of this thing. "Storms Of Life" is an extremely solid sixteen track set featuring a great variety of vocalists pushing big tunes on Silly Walks' creations. At the head of matters of Exco Levi (really have to figure out how to spell his name one of these days) (biggup Vybes Cartel) who checks in with the title track, but also on board are the likes of Konshens, Gentleman, Terry Linen, J Boog, Hezron and others. Really appetizing is 'Reload', a potentially MASSIVE combination of Luciano and Louie Culture which I'm looking forward to having a listen to. Beat me to it (I have a lot of shit to do!) and check "Storms Of Life" from the boys of Silly Walks today.

CD + Digital {and probably vinyl too} 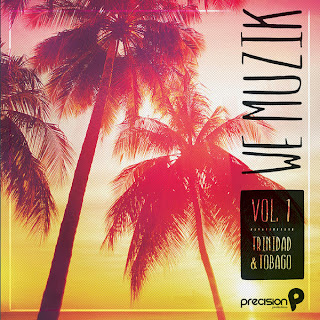 
Next up we have a release which is, at WORST, the second finest Soca compilation of 2012 (biggup "I Am Soca") as Precision Productions presents the first of the [hopefully] annual series "We Muzik". If you haven't noticed (bow your head in shame), Precision has become arguably the biggest and best producers of Trini Soca music and they've shown good common sense by, relatively early, putting together a compilation with some of their finest work from the season. PP has worked/works with just about everyone who is anyone, so when you go through this one you can expect Bunji Garlin, Destra Garcia, Machel Montano [4x], Patrice Roberts, KES, Benjai, Kerwin Du Bois, Shal Marshall and others (including Erphaan Alves). They pushed some of the biggest tunes and unforgettable moments this year and that's something you're going to be able to say, presumably, for a loooooong time to come. 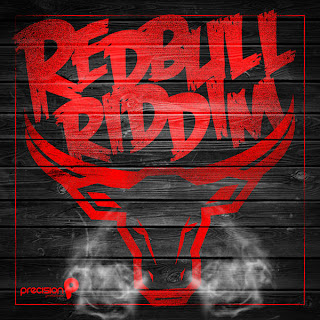 
. . . For example! Check the Red Bull Riddim from the aforementioned Precision Productions. Best known for backing Bunji Garlin's sublime tune, 'Bam Bam', the riddim also played host to big tunes from Patrice Roberts & the inescapable Swappi, the WICKED Orlando Octave, Menace from 3Suns, the up and coming and well talented Nebula868 and Her Royal Highness - Ms. Destra Garcia. Only seven tunes here, but I did enjoy them all on some level, check the Red Bull Riddim too.


The Turnpike Riddim has been around for the better part of 2012, but we never got around to mentioning it. Like the vast majority of works from out of Delly Ranx' Pure Music Productions these days, it's a sterling set. The riddim is a gorgeous and spiraling modern Roots/Lovers composition and some really solid names step up with big efforts to make the album for the piece a winning one. Joining Delly is Lutan Fyah, Nikesha Lindo, the most eccentric and original Winstrong, Jemere Morgan, Ex . . . Esco Levi and, of course, Gappy Ranks. Big tunes from all of them and a couple from the artists I didn't mention as well (check 'Jah Watch Over' by Bobby Hustle) make the Turnpike one to pick up if you haven't already. 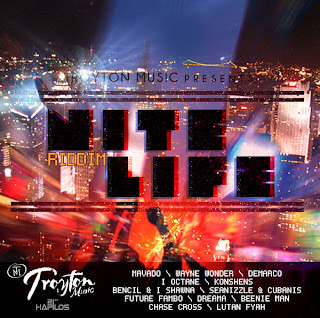 
The very well received Nite Life Riddim is the latest creation of the always welcomed Troyton Music and . . . Well I guess I've already said that it's been well received and there's no mystery exactly why - it's a beautiful riddim - and it's spawned more than a couple of nice tunes. The infectious set backs serious tunes from the likes of Mavado, I-Octane, WAYNE WONDER, Konshens, Demarco and Lutan Fyah (whose 'Can't Bully Me Down' may just feature the best verse I've heard this year). Well done. 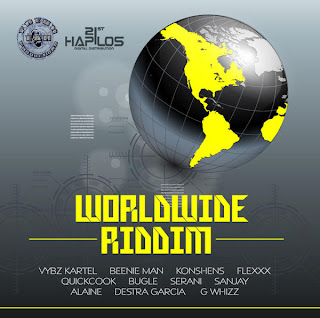 
Another "infectious" piece was the Worldwide Riddim from Arif Cooper and company at Fresh Ear Productions earlier this year. Anytime you have a riddim and you successfully voice Beenie Man, Alaine (alongside Sanjay) and DESTRA, you're guaranteed my attention! Throw in Bugle and Flexx, both in  a good form and it gets even more critical. 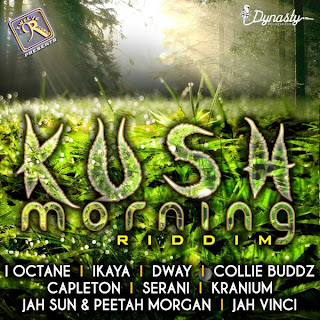 
The Kush Morning Riddim, from a purely sonic point of view, is likely the single most impressive Reggae riddim you'll find posted here today. It is such a nice and easy listen which varies itself enough to keep pretty much anything done on it nice and fresh. It comes to no surprise either as the composition comes from Twelve 9 and Dynasty Records - the same combination produced the stunning City Streetz Riddim just last year, though they may have even outdone themselves this time around. Benefiting from the salubriousness this time around is a very impressive Jah Vinci, Capleton, I Octane, Jah Sun & Peetah Morgan as well as Collie Buddz in a very good appearance for him. 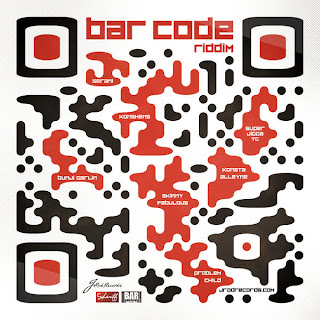 
While you may not pay them the greatest amount of attention, J-Rod Records does a nice amount of good material as they continue to make their way in the music and on one of the latest stops, they've added to it their good fortunes with the Barcode Riddim. Although this is a Soca aimed composition, it's actually a bit more Poppish than Soca-ish to my ears. Of course that doesn't mean that it's bad to any degree actually and Bunji Garlin, Konshens, Skinny Fabulous, Problem Child and Saucy do their respective bests to ensure that's the case. 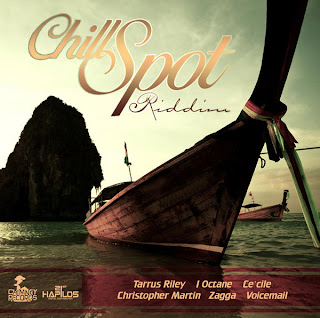 
Along with having one of the best covers this year, Chimney Records also pulled a stroke of genius when the set up the aptly named COOL Chill Spot Riddim. Tarrus Riley, I-Octane, Ce'Cile and Chris Martin highlight a piece which pushes such serenity, but an urgency when necessary, that it's definitely become a favourite of mine in early 2012. I think you'll feel the same way so check out the Chill Spot Riddim. 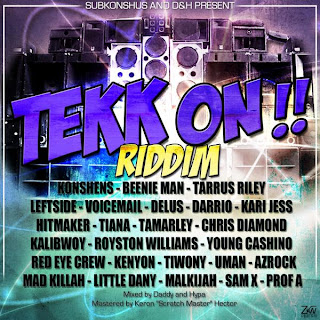 
Konshens has always struck me as being a fairly intelligent person, so it isn't much a shock that he's stuck with something that has worked very well form - linking with French production unit, D&H Records. The latest product of that piece of unity is the VERY interesting Tekk On Riddim. The riddim album features THIRTY FIVE [!] vocal tracks with work, on one hand, coming from Konshens, Tarrus Riley, Beenie Man and  Delus. On the other hand are some of the most impressive lights from out of the FWI and French scenes - representing are the likes of Tiwony, Sam X, Prof A, Straïka D and even Malkijah [what!]. Furthermore check big tunes from Cali P, of course the Red Eye Crew and Royston Williams. A big and PACKED old school Dancehall riddim not to be missed - time to catch up. 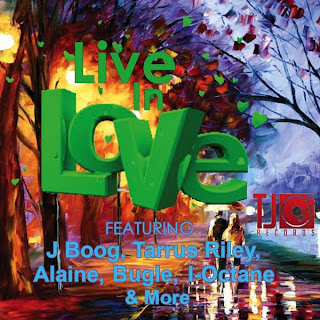 'Another Love Song' by Alaine


And lastly - because it's taken me far too long to do this - we have the cavity causing Live In Love (biggup I Wayne) Riddim from TJ Records which has produced some REALLY cool love songs. Of course the Queen of such things, Alaine, dominates with the HUGE 'Another Love Song', but existing in her queendom are solid pieces from Tarrus Riley, J Boog, I-Octane and Red Rose. Go get it!