Check It #63: The Messengers 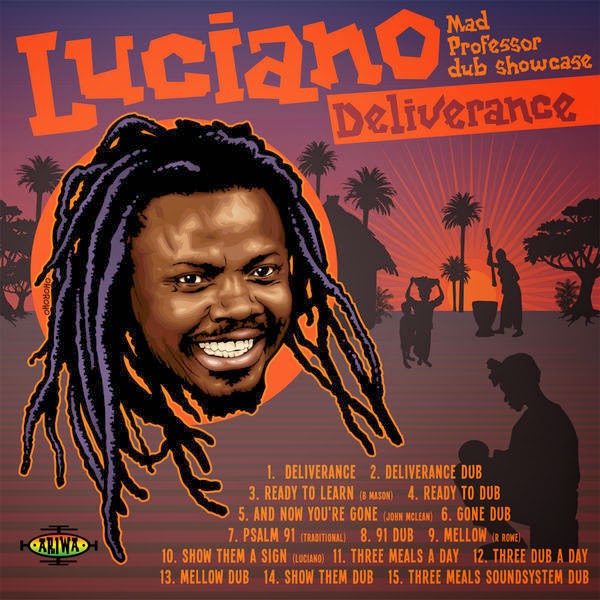 
First up this week is a link between a pair of Reggae pillars as Luciano teams up with the Mad Professor and Ariwa for a 'Dub Showcase', "Deliverance". The delightful project spans fifteen tracks and nearly an hour and includes dubs for each of the album's seven vocal offerings. Anytime you have an album from Luciano, it's definitely a big deal, but I do like how this release changes things up just a bit and, at least for me, it is a very welcome addition to the catalogue of The Messenger and hopefully it is the first of a some type of series as surely the vaults of the Mad Professor has more than one of these for more than one vocalist. 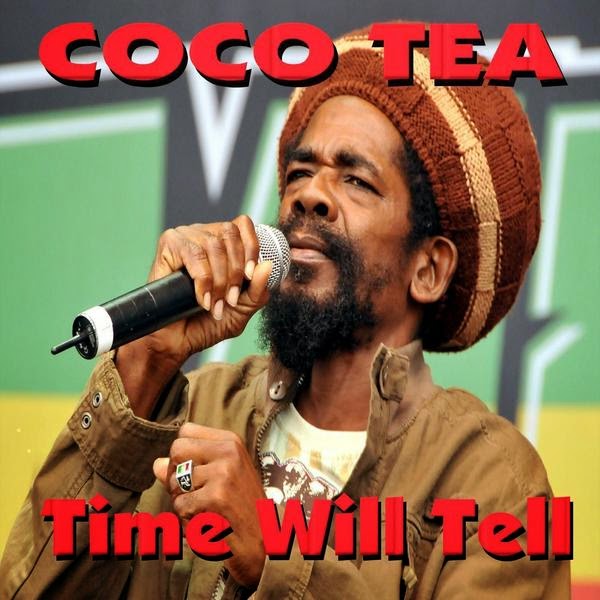 
From a pair of pillars to another, check "Time Will Tell" by veteran Cocoa Tea (I don't know why they spell his name like that, it makes it more difficult to find) (it's like when they name Turbulence - TurbulAnce). This set is unique because it is a LIVE album from the coolest man in the world. I definitely want to say that Cocoa Tea has had a live album previously but because I'm not completely sure (and am entirely too lazy to look it up), "Time Will Tell" may actually be his first. In any result, however, it is, at best, in thin company. Despite the rather odd tracklisting for this one, it does include some of the singer's most popular selections such as 'Israel's King', 'Bust Outta Hell', 'Lost My Sonia', 'Good Life' and even 'Tek Weh Yuh Gal'. Almost certainly a release destined to be overlooked, but a very nice one still and one which deserves your attention. 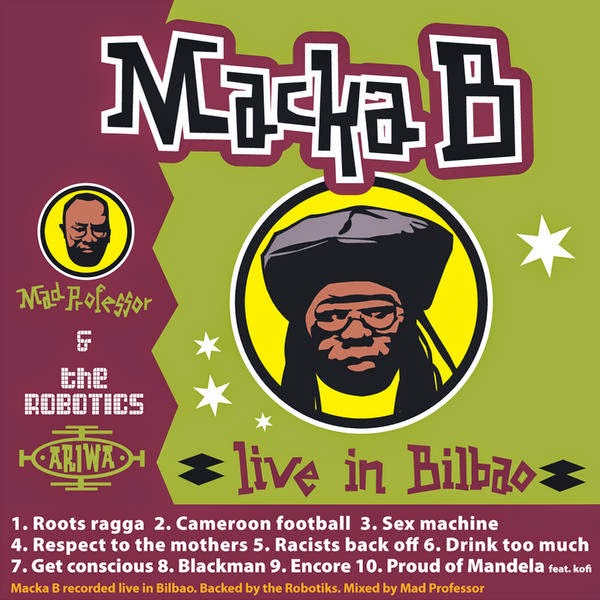 
Certainly not the first time in this case, but do check "Live In Bilbao" from loooooooooong time UK veteran, Macka B. About fifteen years ago Macka did "Roots Ragga", which was a Live album from the aforementioned Ariwa Sounds and it contained portions of a show done in Spain, and I am assuming that this is the full set of that particular performance. As always, you definitely know what to expect from Macka B and his downright unforgiving direction of intelligence and common sense and that is prevalent throughout this rather useful set… and on everything else he's ever done as well. 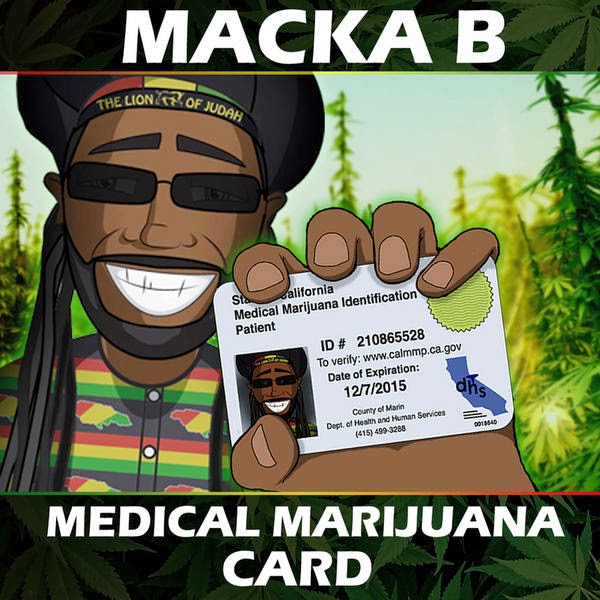 
And because, as I've said in the past, I LOVE when people draw artists, also check from Macka B, 'Medical Marijuana Card' which, I suppose, is a new single from his now two year old latest album release, "Change The World". The song was a highlight on that album, so its featured role comes to no surprise, but OBVIOUSLY Macka B is still damn happy that it came to fruition. 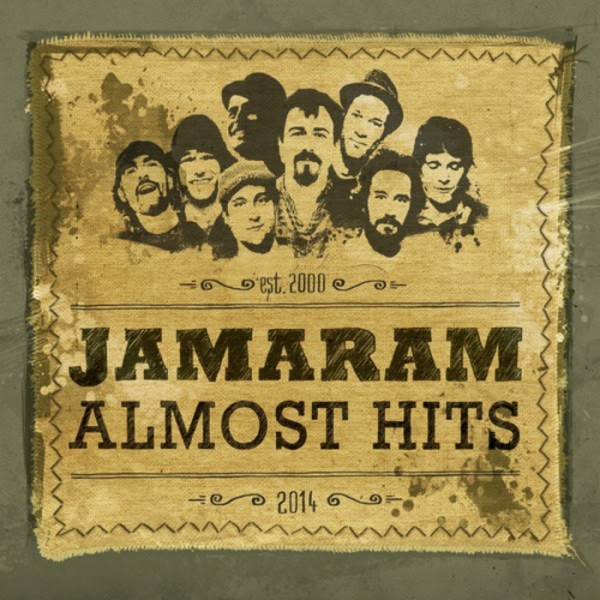 
While I still don't know very much about Jamaram, I do know that the German Reggae band is a fairly big deal and, as evidence of that, check out their latest release, "Almost Hits" which is a collection of some of the band's biggest tunes over the years. Most interesting here perhaps, however, may just be the accompanying DVD which is billed as:


And I believe a few years back they had a lot of background footage from a tour they were doing and this may be an assembly of that footage. OF COURSE, my own greatest interest in Jamaram has greatly to do with [I THINK] one of its members being the brother of the sitting Minister of Defense, Sara Lugo. Still, if you release a project like this, surely you have more going for you than your relations, so do check out the latest album from Jamaram, "Almost Hits". 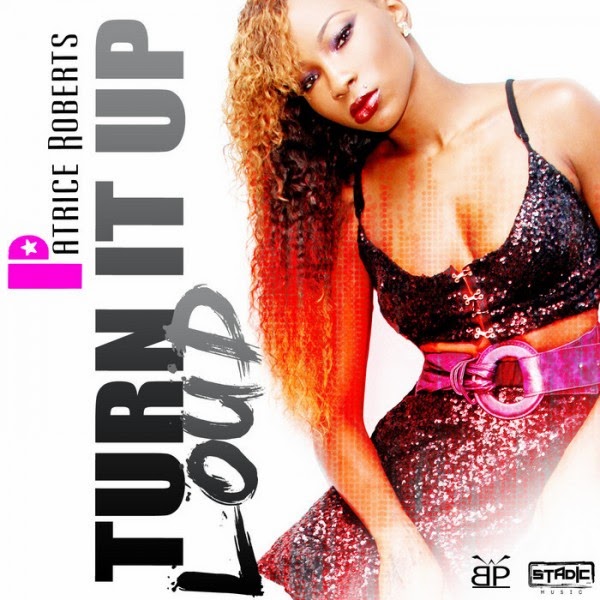 'Turn It Up Loud' by Patrice Roberts [Fox Fuse]


Soca star, Patrice Roberts, continued to quietly show just how wonderfully consistent she is in 2014 by having one of the best seasons out of anyone in my opinion (not that it was hard to do this year) (because it wasn't). One of her highlights came in the form of the frenetically colourful 'Turn It Up Loud' for Stadic Studio. That tune now comes to official release courtesy of the inescapable Fox Fuse. You have to begin to hope that there is some type of album in the works for Roberts (which would be her third and her first from 2008, I believe) because despite bigger names in Soca having big projects coming soon, given her nice output in recent years, Patrice Roberts should be able to turn in a big winner if given the opportunity. 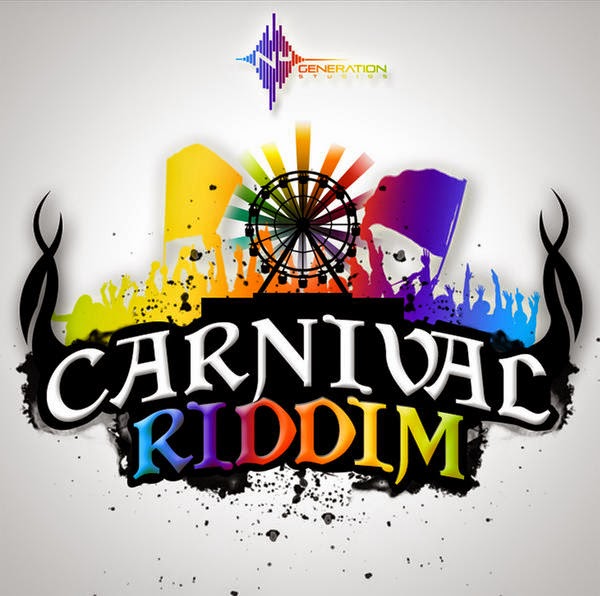 
Fox Fuse also has a distribution hand in bringing forth (everything) the excellent Carnival Riddim from Nu Generation Studios. This very clever track carries five tunes from a nice variety of names who show it in a fine light. Kes tops a roster which also includes Blaxx, still palancing after all of these years JW & Blaze, Bajan up and comer Nikita Browne and Olatunji Yearwood whose BRILLIANT 'What We Know' is the best song on the riddim in my opinion. 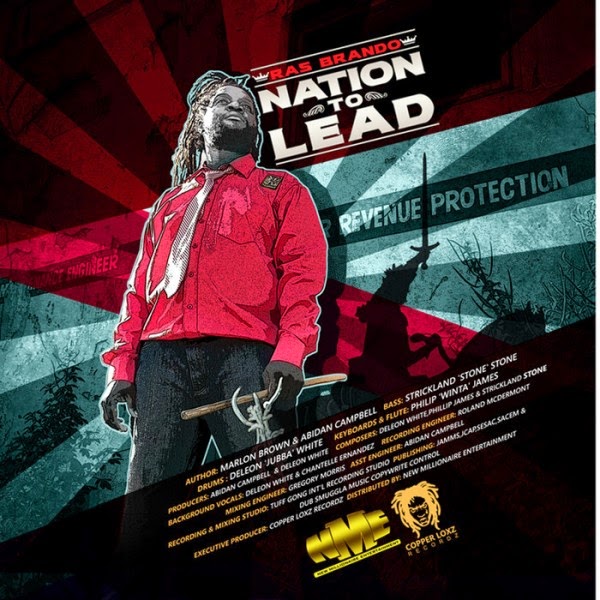 
Recently, a name I've had my eye on for years now, the fiery Ras Brando, announced that he had officially teamed up with New Millionaire Entertainment to take his career forward. I'm really hoping that this leads not only to more success for the chanter, but more ACTIVITY as well. To get things started, label and artist push up with a big new single, 'Nation To Lead'. Brando has always had sizable talents ["CONQUERING LION NEVA FAIL MAN!"] and that is on full display on his new tune and, again, I'm really hoping that this is the beginning of something big because Brando's is a name which has been 'on the rise' for too long now and it's well time for hit to hit his peak. Tune features backing vocals from Achis Reggae favourite, Chantelle Ernandez. 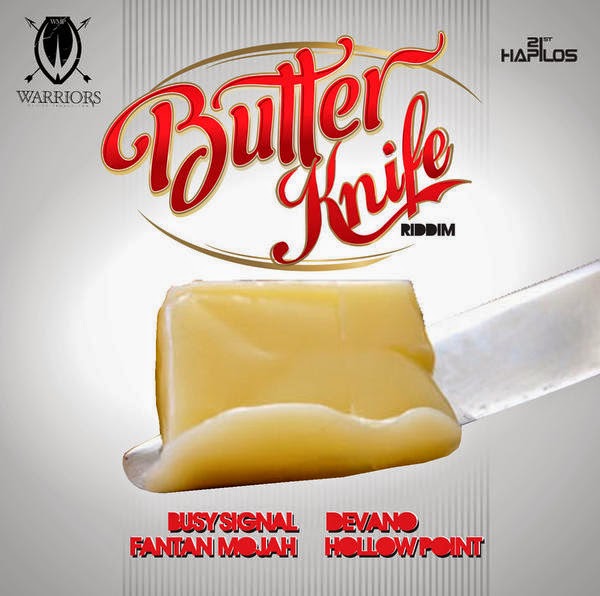 Though I'm not totally thrilled with the very odd Butter Knife Riddim (it's decent, but DIFFERENT) from Warriors Musick Productions, I do have to give it credit for backing 'Hydro', which is probably the single best tune I've heard from Fantan Mojah in a few years now. It is sublime! Joining Mojah are Dancehall star, Busy Signal, and Hollow Point alongside Devano and both of those tunes are decent, but Fantan Mojah hits great heights here. 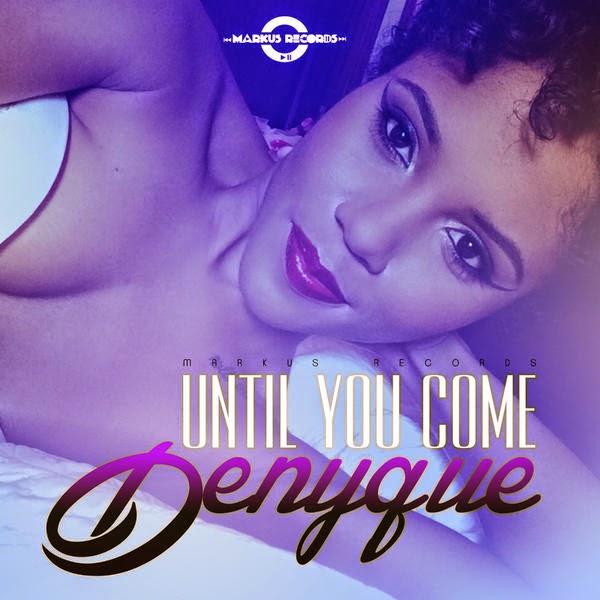 'Until You Come' by Denyque [Markus Records]


Finally this week check a BIG tune from Denyque which I had been enjoying for a minute and it now reaches a full release. 'Until You Come' may be the leader for the best love song I've heard in 2014 (unless I'm really overlooking someone) (and I may be). It is a golden song! Unsurprisingly handling the production duties is reigning Achis Reggae Producer of The Year, Markus Myrie, whose Sex Mate Riddim (which is also now available and features I-Octane, Mavado and Tifa) underpins the tune. NOT TO BE MISSED.

Digital
Posted by Achis at 6:49 PM