Of the many nice recent developments that the digital medium has brought to Reggae music, definitely one of the most interesting has been the proliferation of the Reggae EP. In just a short while, we’ve seen it used in nearly countless ways; be it just ahead of albums, to meet the demand of music from or to entirely introduce a new artist, or even just as collections from an established name, EP's have flooded the scene and, already, are quite difficult to keep track of as they are released at very impressive rates. Today, however, we place a cap on things and examine some of the best EP’s to date. Extended Play: The Best Reggae EP's

{Note: No multi-artist compilations}
{Note 2: Though it sticks to the last few years, we intentionally avoided any 2014 releases}
{Note 3: No Soca} 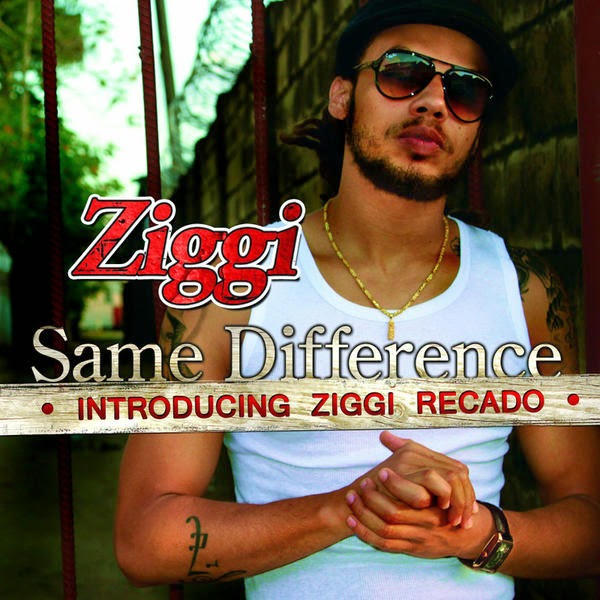 
Ziggi Recado's "Same Difference" album definitely had a multi-purposed direction. Of course, it existed to push more great music from Ziggi and would arrive, ultimately, a year ahead of his next full release, but it also served as a kind of reintroduction of the artist to the masses. Previously known as just 'Ziggi', as you can see emblazoned on the cover for "Same Difference", this release would mark Ziggi's official renaming as 'Ziggi Recado' (and in a genre like Reggae where Ziggis and Ziggys aren't very difficult to find at all) and, in retrospect, they chose a very clever way to make things certified and official. Musically speaking, "Same Difference" was also interesting. Featuring more than one production of Necessary Mayhem, including the very popular 'Ganja Smoke In The Air' [bka 'Joker Smoker'] would also feature the legendary Marcia Griffiths as well as the WICKED 'Baddest'. 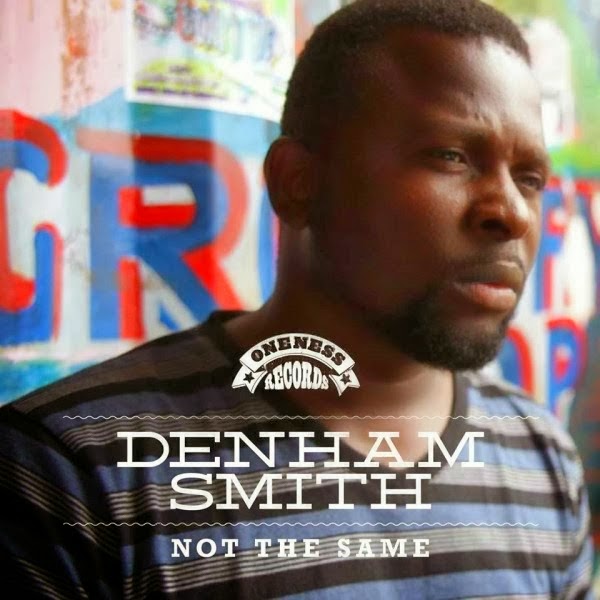 
Almost serving as something of an addendum to his debut album, "Come Wid It", which arrived just a year before, Denham Smith's HUGE EP set from 2013, "Not The Same" really just continued the introductory phase for many to this wonderful talent. Vibed courtesy of the outstanding Oneness Records from out of Germany, this project was probably one of the best promoted on this list and, as you got into the music, you quickly figured out why. Pinnacled by an absolutely enormous title track and an opener in 'If A Me Alone’, "Not The Same" was sublime! Also present was 'The System', a very underrated track in my opinion and other gorgeous contributions as well. The virtually inescapable Jah Sun featured. 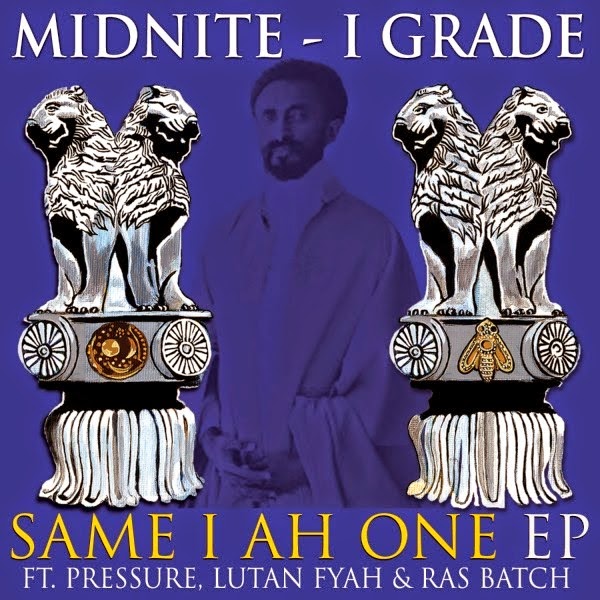 
As the latest in an ever increasing and expanding cache of good ideas from I Grade Records, just a few years back, the biggest label in the Virgin Islands turned to the idea of producing pre-album EP's. And if I recall correctly (and I never do), the very first of these was born for the "Kings Bell" album from Midnite in 2011. On the most recent set, the label returned to Midnite in a big way as, just ahead of the then forthcoming "Beauty For Ashes" was an EP release surrounding the album's first single, "Beauty For Ashes". Most remarkable here, perhaps, was the  fact that - along with the actual song and four more mixes of it, the "Same I Ah One" EP answered some big questions of the album. This set dealt exclusively with combinations. Pressure Busspipe featured on the title track, while Ras Batch and Lutan Fyah would also answer the call on 'Weather The Storm' and 'When Jah Arise', respectively. As was the case with "Kings Bell', "Beauty For Ashes" also turned out quite well and definitely this set helped to peak interests. 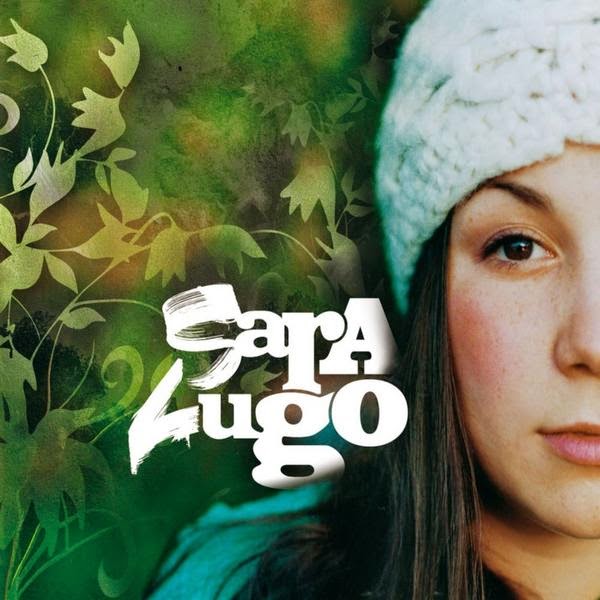 
The debut self-titled EP from German powerhouse Sara Lugo, would arrive a couple of years ahead of her outstanding debut album, "What About Love", and it would also include a pair of her best songs ever. Both 'Rock Steady' (the best version of the song) and 'Familiar Stranger' appeared here as did the lovely 'Mother & Child' and even 'And They Cry' alongside Naptali (which I had forgotten was on this set). Ultimately, what this set is best remembered for, at least by me (besides the two giant songs), is for helping to bring to attention, formally, one of the absolute most delightful and fascinating artists in Reggae music today (and, looking back, one of the most in both cases in a very loooooooooong time). Lugo has gone on to become a favourite of ours in the years since and this EP helped to ignite what is sure to be a fantastic career. 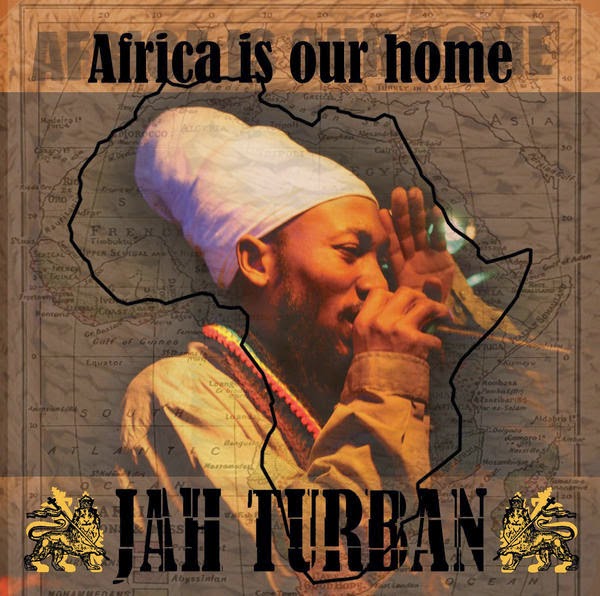 
You may have missed it but, back in 2010, a release came via the wicked Denmark based Jamaican chanter, Jah Turban, "Africa Is Our Home", which has gone on to become one of my favourite and one of the most meaningful EP releases to date (even though its four years on and we're still waiting for an album). Through the set's six tracks, Turban dazzled and, in some cases, did so in an unforgettable manner. Highlights here included 'Babylon Doom', the title track and definitely the big closer, 'Move Vampire'. The other three selections, still, were very good as well - in 'Mystic Of Jah' (especially that one), 'Show Some Love' and 'My Empress' Jah Turban showed more top notch talent and though he doesn't seem to be as active these days as I would have hoped, Jah Turban will likely always be someone whose releases I keep an eye and an ear on for the foreseeable future and much of that is because of what we heard on "Africa Is Our Home". 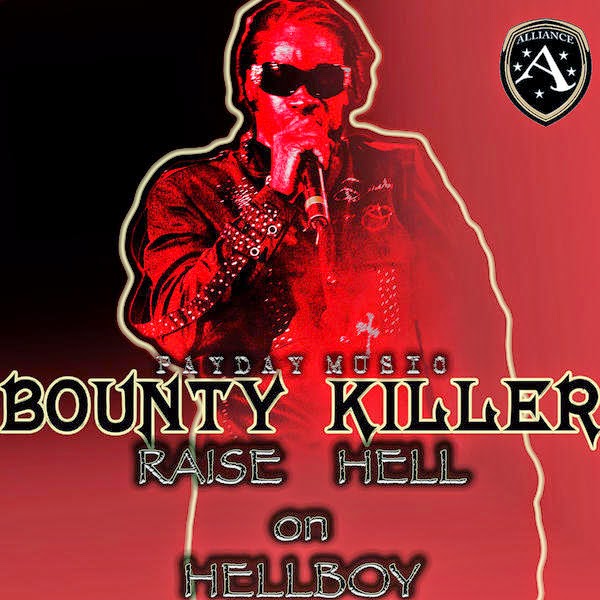 
Grrrr! After all of these years, the prospects of finding a seemingly perfectly angered version of Bounty Killer in a fine form remains one of the biggest attractions that Dancehall music has to offer. Though he can be consistent, as has typically been his case, the Killer needs a bit of a 'challenge' and extra 'motivation' and he had bountiful amounts of both back in 2009 when he released 'Raise Hell On Hellboy for the wonderful people at Payday Music. For what they were, this EP carried a couple of bonafide classics in 'Mi Enemies' and the devastating 'Chatta Box' and songs such as 'Ungrateful Hellboy' weren't extremely far behind. Obviously, most… okay, ALL of the arsenal here was aimed in the direction of former Killer protégé, Vybz Kartel and it never really did pinnacle in the way it likely should have (and now it never will, or at least not until they're both very, very old men), but hearing the Killer at his destructive best, as I said, is something I could just never tire of. 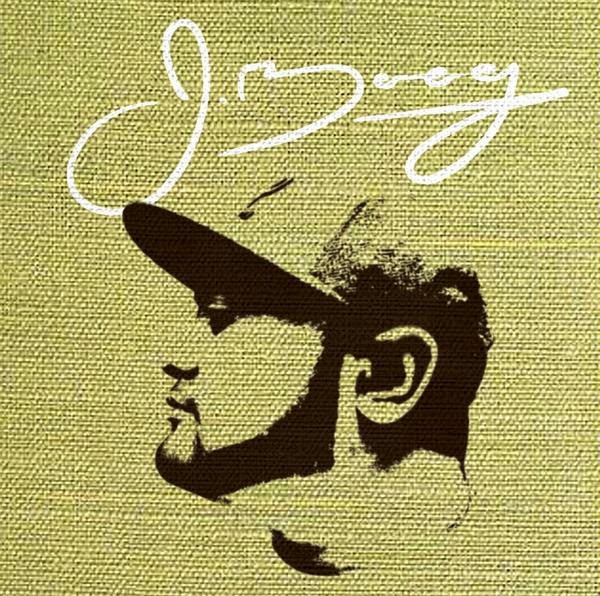 
Not very far at all ahead of his the forthcoming and heavily anticipated album, "Backyard Boogie", the sweet singing J Boog put together a compilation of some of the things he had been working on up to that point and released eight tunes and nearly half an hour's worth of it on this sublime self-titled EP. The main attraction here was the tune which was (and remains) the main attraction of his entire career, the Don Corleon produced 'Let's Do It Again', but it wasn't alone. I came back to this release and had completely forgotten the quality of songs such as 'Coldest Zone', 'So Far Gone', ESPECIALLY 'It's So Hard', 'Every Little Thing' and others still. An EXCELLENT release and 2014 would be a lovely year for a new album from J Boog in my opinion and in yours too. 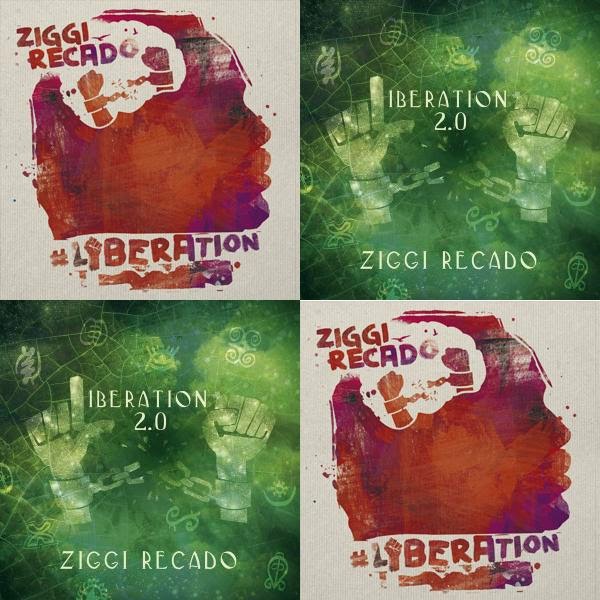 
Just a couple of years ago, Ziggi Recado, again, did something really interesting with an EP release. Where the first entry on this list had the intention of reintroducing the artist, "Liberation", one could make the argument, also did the same thing and it did it in a way which was hard not to pay attention to. First of all, the set was his first of substance following the split between Recado and his longtime homebase, Rock 'N Vibes, and for it he linked with our friends at Dredda Records… twice. Though officially an EP, "Liberation" was basically an album dosed out in two volumes over the course of about six months or so. The first edition was impressive with big tunes such as 'Rising', 'Green Medicine' and 'Merciless' shining (biggup Oneness), but the second volume was even better. It carried the single best tune on the whole of this project which was the title track (one of the greatest lyrical assaults of Ziggi’s career in my opinion) as well as golden tracks such as 'Pure N Divine', 'The Anchor' alongside Mr. Mojo from Morgan Heritage, 'Till The End', 'Nothing But Love', 'Balance' and… I've just named every song on the EP as Ziggi Recado just snuck an extra album in on everyone. 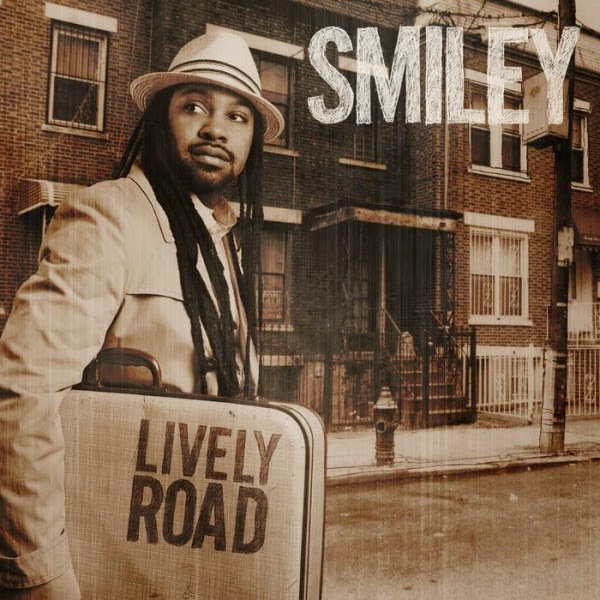 
"I just caaaaaaaaan't take the distance no mooooooooooooore!" I'd have to wait even longer for an album from Aruban born Dutch standout, Smiley, but what he did back in 2010 in the form of "Lively Road" made the waiting a bit easi… actually no it didn't make it easier - it made it harder! "Lively Road" was MAMMOTH! It took some of the tunes (two in particular) which really helped to bring Smiley and his infectious style to prominence and placed them on a single project and that project was sublime. Of course present were both 'Distance' and Smiley's first big hit 'Dem A Wonder' alongside Junior Kelly, but it also offered the House of Riddim produced 'Big Money Bag', the title track, 'Da Weed' and other very sizable moments. Also, and this is a quality shared by the top three entrants on this list, "Lively Road" came off like an album and a good one. The songs ran so nicely together and it really had this downright seamless presentation which isn't always in attendance on EP's. 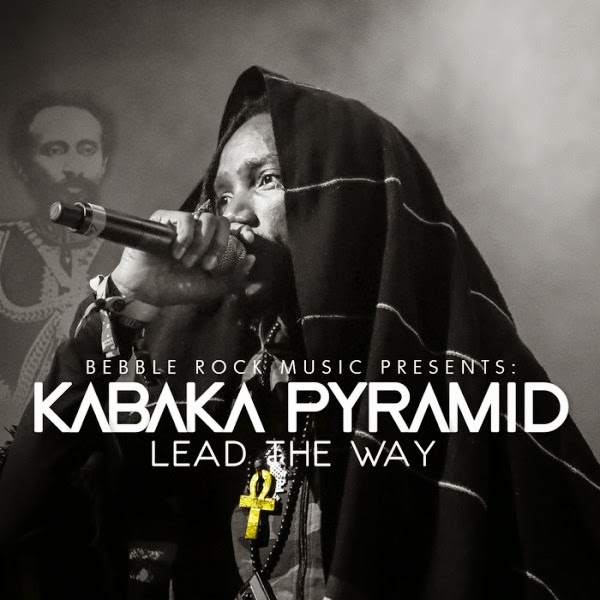 
And at the top of the list and leading by example is the scalding Kabaka Pyramid who, just last year, did wonders with his own 'EP', "Lead The Way". Checking in at ten tracks and nearly forty minutes (and it had bonus songs and a deluxe edition which made it even longer), if they'd call this his debut album, I don't think anyone would have had a problem with it (it probably would have made our best albums list and likely its top ten) and his subsequent debut album (and 2014 will just be incomplete if it doesn't give it to us) will have some considerable work to do in topping this EP. In my opinion, these days the Pyramid has very little in the way of peers when it comes to lyrics -- he is SURELY one of the best in Reggae music today -- and if you haven't noticed that, tunes such as 'King Kabaka', 'Lead The Way', 'LIBERAL OPPOSER'… (and I'm on my way  to naming every tune here again) showed that fully. What he is capable of doing with the spoken word these days is as impressive as anyone and he did SPECIAL things in that arena with "Lead The Way": The Best Reggae EP.
Posted by Achis at 8:57 PM