Check It #65: The Transformer


While it definitely took a little while, I do have to say that, eventually, St. Vincy Soca star, Tabia, won me over with her big tune from this season, the damn infectious 'Transformer'. The tune's official digital release comes courtesy of Fox Fuse (as does everything else these days) and is produced by Stadic Studios, who performs a master class here. I've paid attention to Tabia over the years, probably not enough admittedly, but I've never heard her sound as fantastic as she does on one of the coolest tunes of the season. 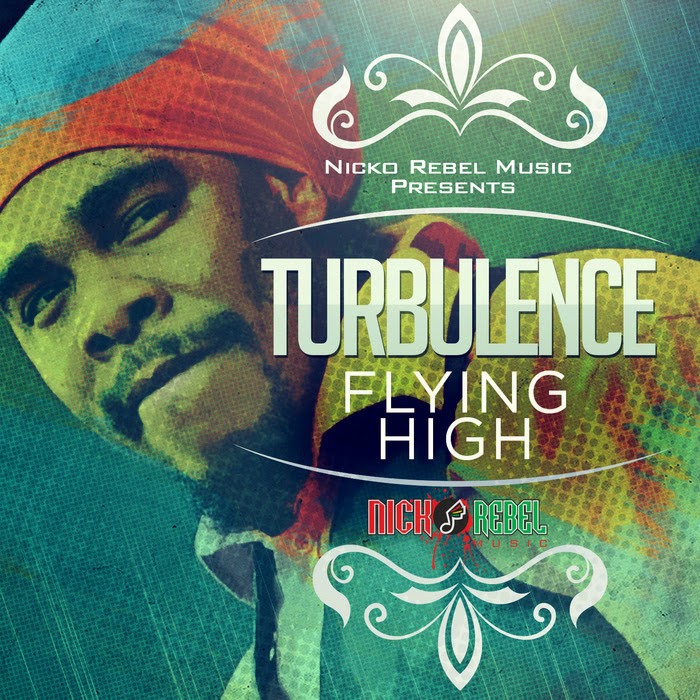 
I don't know the last time we covered a tune from Nicko Rebel Music, but they're back with a new single from veteran, Turbulence. These days, I go into pretty much every tune from Turbulence wondering if it is one which finds him in a better form or not. You don't even have to question the quality if he is, it's going  to be a good song. 'Flying High'? Is a good song. Certainly what helps this one is the LOVELY riddim underpinning the track which NRM is nice enough to include a version of (and hopefully they'll allow someone else to voice it if they haven't already) on the official digital release. 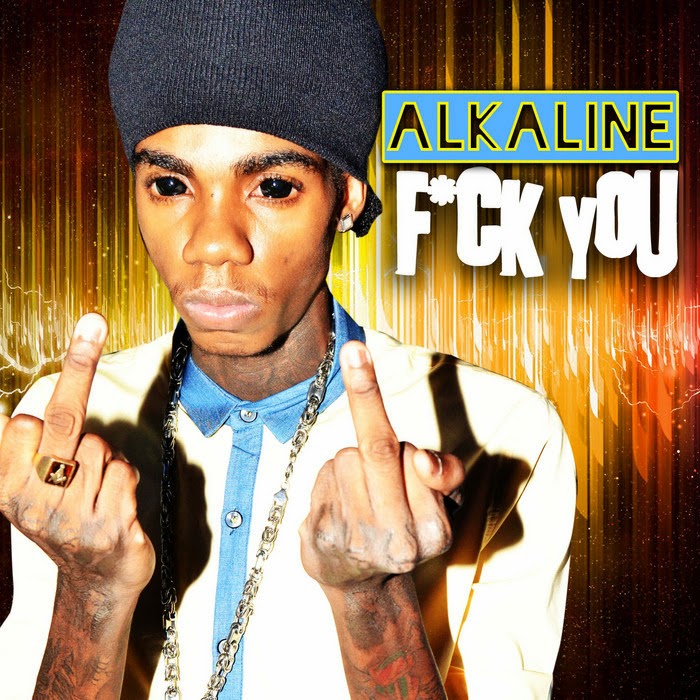 "Fuck You" by Alkaline [Tad's Records]


The always and wholly interesting Alkaline and his eyeballs is back with his… second or third EP release from Tad's Records in 2014, alone, and he wants you to know that he's not very fond of you (what he actually wants you to know is that he really likes you) with "Fuck You". I have heard songs from Alkaline that I have enjoyed -- I have heard talent -- but I'm probably just too damn old to like his music. As for this five track set (ten altogether with clean and explicit versions of all five) which is compiled on pieces from earlier this year and in 2013, the only tune I kind of like is the ridiculous and angry 'Ready', but Alkaline has thousands of fans greater than I. Maybe you're one of them, if so, check out his new EP. 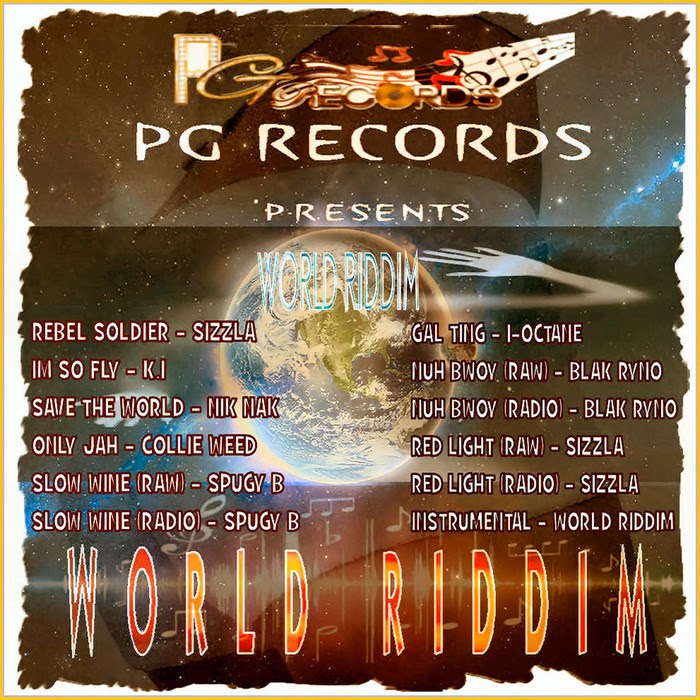 
Two tracks from Sizzla Kalonji lead the way on the World Riddim from PG Records. While his second effort, 'Red Light', isn't very good at all, his first, 'Rebel Soldier', is nearly exceptional and makes a perfect usage of the hype World Riddim. Also doing well is I-Octane, with 'Gal Ting'. Black Ryno also shows up to this party as do Nik Nak and others. 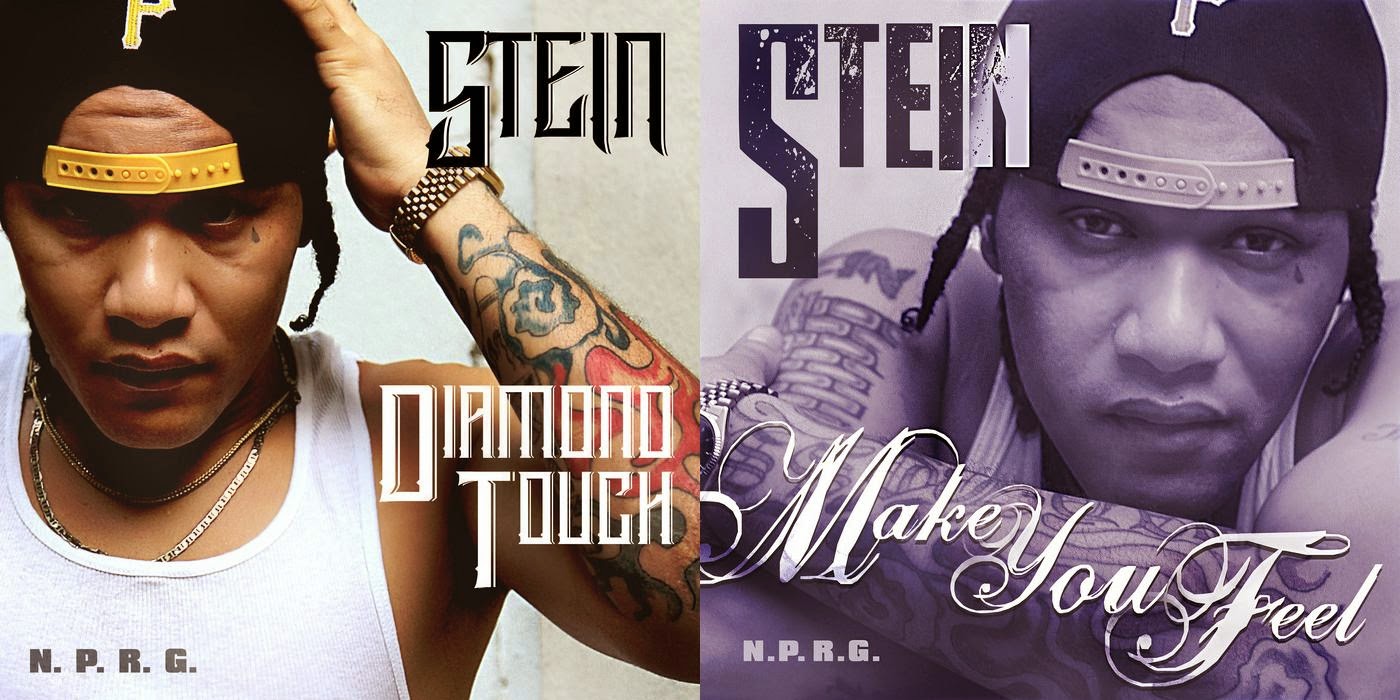 
Reigning and defending world's angriest man, Stein, is up next with a pair of releases from… Fox Fuse, of course. 'Diamond Touch’ and 'Make You Feel'. I do prefer the outlandishly antisocial version of the DJ (so much do I prefer that version that I almost never listen to any of his other songs), but on both of these tunes the lyrical hand grenade keeps his temper checked and goes in a totally different direction. Stein is interesting because he seems to have progressed over the last year or two and is now capable of not only doing things that he couldn't do before (or wouldn't try before), but succeeding with them as well. This time? Pick up both 'Diamond Touch' and 'Make You Feel' and hear for yourself. 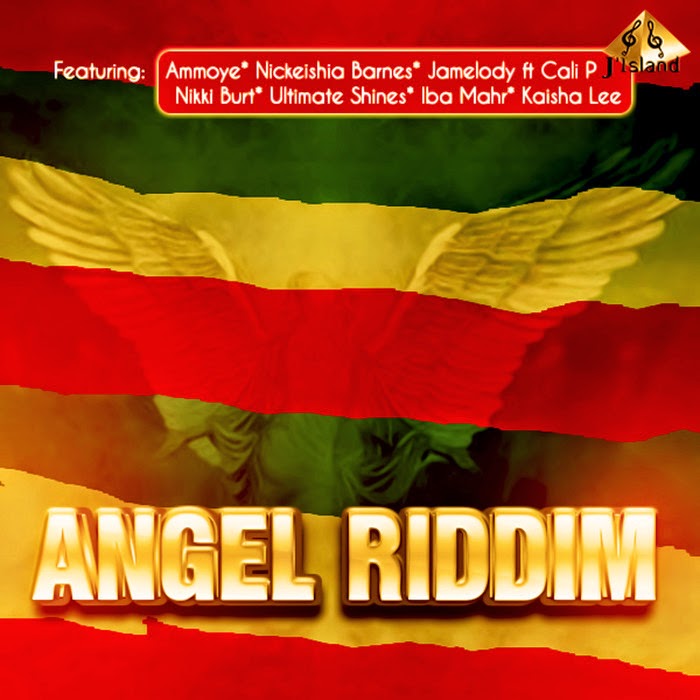 
As far as I know, the Angel Riddim is a track which originated from last year via J'Island Records who now, with the help of VPAL, bring it to official digital release. I didn't know that ALL of these songs were on this riddim but I had heard one or two of them and now, seeing the full tracklist, once again, the people at J'Island Records have done very well. The biggest moment here, 'Jah Will Be There', comes from Jamelody and Achis Reggae favourite, Cali P, but standouts also include Iba Mahr, Nikiesha Barnes (there is no way I spelled her name correctly, ABSOLUTELY none!), Salisha and the downright delightful Nikki Burt with the soulful 'Staying Right Here'. 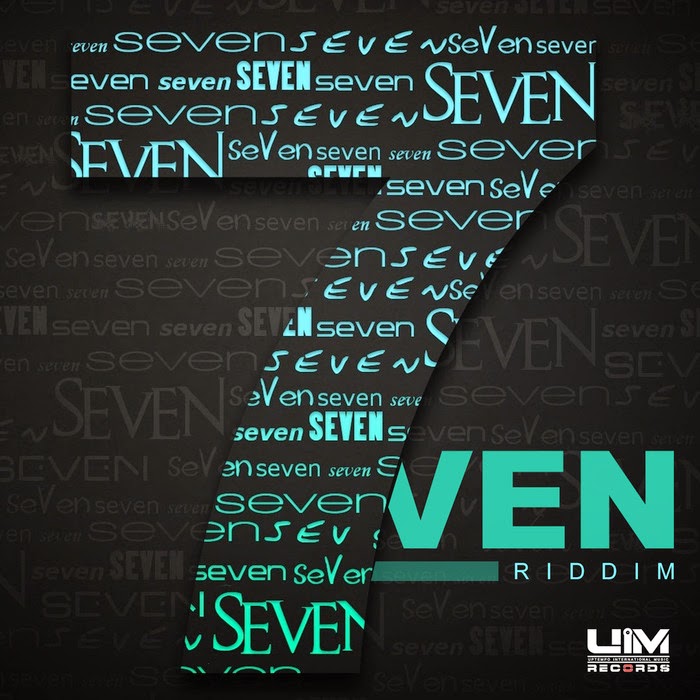 
UIM Records' latest composition, the 7ven Riddim is up next and though I'm definitely not in love with this track, it features at least one lasting moment. The actual riddim is one which has its core in a place which is part R&B which, obviously, makes it perfect for someone like Alaine who UIM was sagacious enough to tap and who, also, completely DESTROYS the 7ven Riddim with her towering 'Better Than This'. Dre Island, Bugle and Chris Martin also turn in nice efforts over what is left of the 7ven Riddim (as does Rr with 'Crazy In Love'. And certainly you can't have new music from UIM which is sans Tommy Lee and Sparta does make an appearance with the unsurprisingly somewhat 'Nympho'. 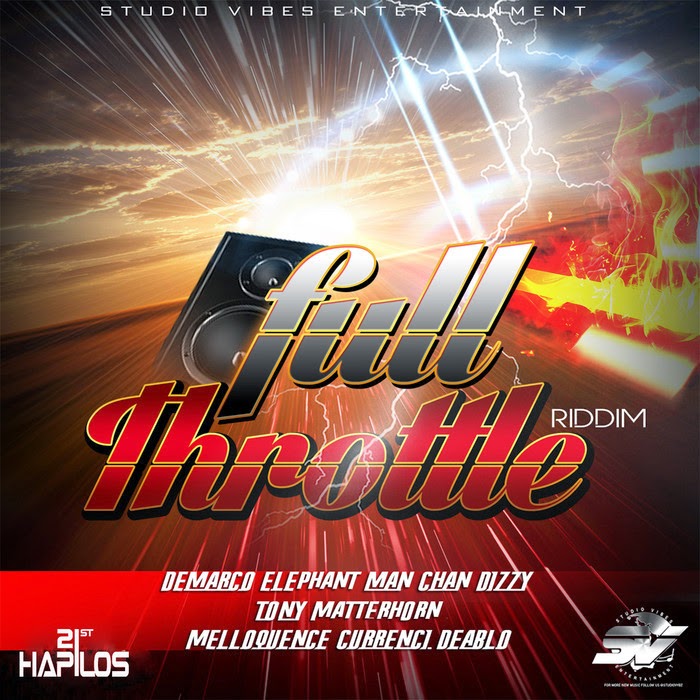 
And we also have at least the second riddim I know called the Full Throttle (albeit the first one, I THINK, was a Soca track), this one coming from Studio Vibes Entertainment. While this isn't the best track I've ever heard and it isn't even close and it doesn't make for the best album either, there're some impressive tracks on this Full Throttle. They come from the likes of Chan Dizzy (I don't know if I've ever said that) (biggup Chan Dizzy), Ele and Deablo. The actual riddim has its moments as well and, thankfully, SVE was nice enough to include a clean version of it as well. 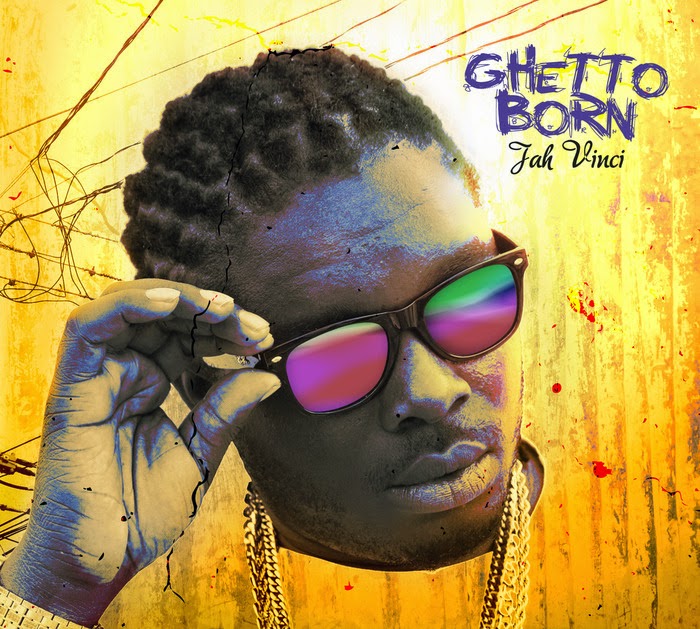 
Following the likes of Addis Pablo (more on him in a minute), Bugle, Popcaan and others, 2014 is turning out to be a strong year for debut albums and the latest to set his sights on that first project is Jah Vinci who is set to bring forth "Ghetto Born" and he's doing so with the formidable Grillaras Productions. I've never really been the biggest fan of Jah Vinci's (like Popcaan and Black Ryno and others) he seemed come up with Kartel at a time when Kartel wasn’t amongst my main focuses but he has well shown a significant talent and one which, I believe, may translate well onto an album. For their part, Grillaras have also shown a penchant for turning out top albums. Most recently there was Lutan Fyah's "Life Of A King" from just last year, but they've also worked full projects from Natural Black [new album, "No Prejudice", in stores now] and UT Ras (hopefully they do that again someday). Having turned their attention now to Jah Vinci, Grillaras appears to have seized the moment and enlisted the help of both Beenie Man (once again) and Junior Reid. Still, having gone through the clips, the song I'm most interested in hearing fully is definitely 'Jah Throne'. I have a pretty good feeling about this one and am well looking forward to this album. 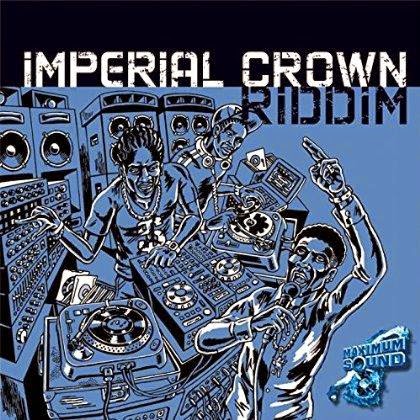 
Lastly this week, Frenchie and friends at Maximum Sound continue their recent burst of activity with the GORGEOUS Imperial Crown Riddim which is set to reach at the end of this month on the digital side. I'd heard a song on this riddim which absolutely mesmerized my senses and it came from Chezidek, 'Bless My Life'. It may just be one of the better recent selections from the singer (which is saying something considerable because Chezidek has been flaming lately) and, fortunately, he isn't alone. Also making efforts on the Imperial Crown Riddim are Luciano, Jesse Royal, Exco Levi, Dre Island as well as the aforementioned Addis Pablo. Maximum Sound also does include the instrumental for the track, which caps off a what appears to be yet another STERLING release from the label.

Releases on July 30
Digital
Posted by Achis at 7:43 PM