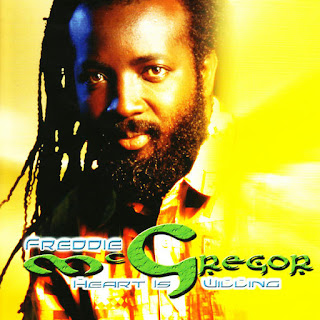 Surely it had something to do with his impending new album, "True To My Roots", but I honestly couldn't tell you, AT ALL, what it was that specifically led me back to this random, thirteen-year-old release from the legendary Freddie McGregor, "Heart Is Willing". All but forgotten these days (unfortunately, like so many of the releases that Jet Star Records - which is terrible, because they did so much fine work in their time and are well missed), "Heart Is Willing" was a very, VERY solid which still glows a bit these days, in retrospect. Its brightest moment, without a doubt, was the colossal title track, but it was album which boasted such nice songs as the lovely 'Smile For Me', 'You Don't Have To Worry', 'Old Gangster' and others. A very pleasant and RELIABLE release and, just to let you know, I have a VERY good feeling about McGregor's new album and am well looking forward to it. Until then, this blast from the past is holding sublimely. 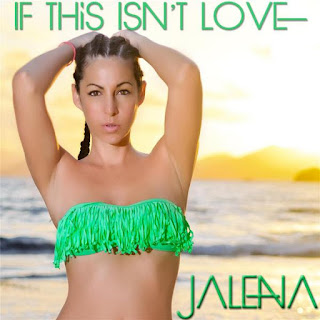 There will always be room on my players for Achis Reggae favourite, Jalena, who recently returned with a brand new single, the Reggae-fied, 'If This Isn't Love'. Hopefully this is at the head of a new full project coming soon from the all kinds of delightful Tortola native, but on its own, as is her norm, 'If This Isn't Love' is a captivating and infectious drop from someone who I constantly make sure to check for and she never disappoints. 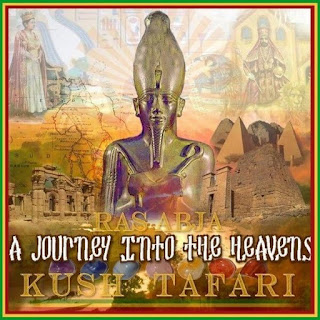 
Check this more than solid EP release via Iaahden Sounds from late last year, "Kush Tafari", by outstanding VI veteran, Ras Abja. The last time we heard from Abja, in full form, was back in 2013 with "Songs Fa Jah", and while we'd LOVE a full followup, this five-tracked EP release was definitely something which did more than hold your attention. Of course, when you tap names such as Ancient King, Ras Attitude and Akae Beka to help you, you're likely, AT WORST, to do something relatively special. It was the combinations (particularly 'Black Lion' with Ancient King) which took top honours here, in my opinion, but all of the songs were very well done and a big credit goes to Iaahden who has already done some very big things and we hope they continue. 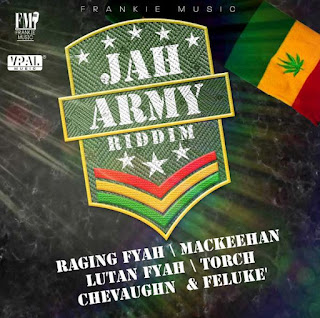 And if you haven't already (shame, shame on you!), be nice to yourself and pick up the Jah Army Riddim from Frankie Music today.There was a single GIANT song on this riddim which put me on this track and, save for the last two things you'll see here (if we do this right), it has well been THE most prominent thing I've been listening to recently. That song, 'Just Another Spliff' came via the great Lutan Fyah and... TEARS! The man speaks on using the herb as a method of escape the hardships of life and as a mental upliftment for the masses and does it in a VINTAGE fashion over what is, to their credit, a cavity causing backfrop from Frankie Music. Joining the Fyah on the vocals weren't the biggest of names in Feluke, Torch, Raging Fyah, Chevaughn and Mackeehan, but they all turned in fine efforts and I struggle to pick a favourite amongst them (though if you REALLY pressed me, I'd probably say Feluke with 'Soul Alive' [TEARS!]). 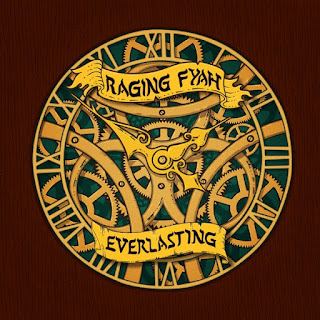 Biggup Bredz for not only insisting that I take a listen to "Everlasting", the latest release from the Raging Fyah band, but then (clearly in order to make sure that I had done so), CONSTANTLY wanting to talk about it. It finally worked, he wore me down and as usual... he was right (please don't tell him I said that). I'm still working on this one, but the early returns have a... very interesting aura or smell about them (I'm trying not to say 'album of the year', but I'm struggling with that). "Everlasting" is BEAUTIFUL! Thirteen tracks span just over fifty minutes of music and not a single second is wasted and, instead, is made great usage of, especially at moments such as 'Get Up', 'Wondering', 'Live Your Life', the MAMMOTH 'Ready For Love' and several others (pretty much the entire album). J Boog, Jesse Royal and Busy Signal (twice) lend a hand on an album I'm sure that Steel Pulse would approve of and so would all of their fans. NOT TO BE MISSED! 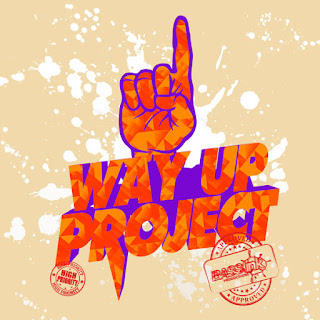 "Way Up Project" [Bass Ink Productions/Fox Fuse - 2016]
I mention the entire project because... I dont know why, exactly, I just do. And definitely biggup the likes of Lil Rick, Shanta Prince, Joaquin Brewster and even Skinny Fabulous whose tune on the riddim, 'Pompous', isn't present on this release (more on him in a minute, anyway) for some reason or another - they all do fine work (Brewster's tune, 'Home' - PROBLEMS!). HOWEVER, with that being said, the Way Up Project from Bass Ink Productions and spread out by the indomitable Fox Fuse, carries a song which I've tried unsuccessfully to get out of my head for a month or so now, 'ID [Stamp Yuh Name]' by the fire breathing Ricardo Drue. Drue has been on a tear for the last two or three years or so, making music as good as anyone in Soca in my opinion and, with respect to 'Vagabond' (and its truly ridiculous remix), this is probably my new favourite Ricardo Drue song.

'Godzilla' by Skinny Fabulous [Stadic Studio Productions & Wetty Beatz - 2016]
Lastly, each and every year when it comes to Soca music, one of the things I look forward to the most is what St. Vincent dragon, Skinny Fabulous, will pop up with, particularly when it comes to the powerful and ANGRY brand of the music. His latest release, 'Godzilla' took a little while, but it has TURNED UP in my mind and I cannot shut it down! If you have some frustration and some steam to let go, 2016 probably hasn't done more for you than it does with Skinny's truly MADDENING latest drop (which should, once again, absolutely lay Victoria Park to ruins in a few weeks). RIDICULOUS!